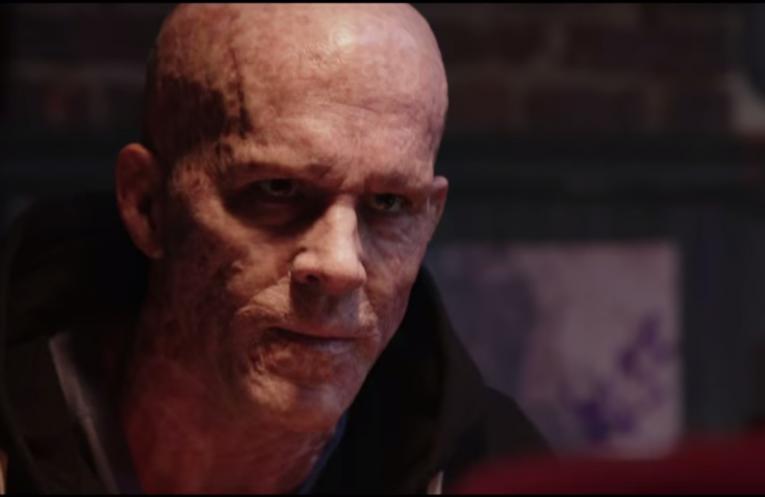 Directed by Tim Miller, written by Rhett Reese and Paul Wernick, based on a character created by Fabian Nicieza and Rob Liefeld | 108 min | ▲▲▲△△ 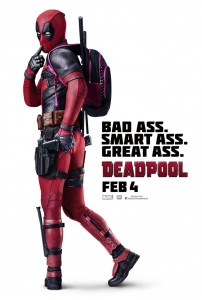 Deadpool was a genuine novelty when he first showed up in comics. Wise-ass and self-aware with a big fourth-wall-breaking mouth, he’s a comic book character who knows he’s a comic book character, perfectly poised for the post-modern 1990s. More than two decades later, the bloom is off—Matthew Vaughn’s already brought self-aware R-Rated superheroics to his Kick-Ass movie, channelling a similar brand of bro-ish, hollow ultra-violence.

Deadpool is the alter ego of Wade Wilson, a mercenary who hangs out in a mercenary bar that looks like the set of a Billy Idol video circa 1988. As he’s blowing away a bunch of thugs on a freeway revenge mission, he helpfully narrates his flashbacks—how he met Vanessa (Morena Baccarin), his fiance, and how he lost her when, diagnosed with terminal cancer, he went looking for help from a group of loathsome mutant-creators led by Ajax (Ed Skrein) and Angel (Gina Carano), who turn him into an invulnerable, but badly scarred, superbeing. 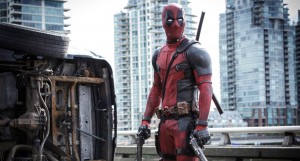 The plotting makes no sense, and the characters aside from the hero are barely sketched. Baccarin gets the worst of it as the sexy lady who needs rescuing. It’s all just an excuse to give Reynolds something to complain about and people to skewer and shoot.

And so he does, providing intermittent amusement, with gags and riffs aplenty about celebrity magazines, other superheroes Reynolds might have played in the past, Ferris Bueller, Monty Python, even Stewart vs McAvoy as Professor X—as this is a 20th Century Fox picture in partnership with Marvel, Deadpool shares a very Vancouver-esque city with the X-Men. Cue appearances from lower-tier mutants Colossus (a painfully obvious CGI creation, voiced by Stefan Kapicic) and the creatively named Negasonic Teenage Warhead (Brianna Hildebrand).

There’s a surprising amount of sex—Deadpool has a refreshingly homoerotic side, though only gets it on hetero—and, of course, lots of swears. It’s funny that so much of the humour considered “adult” in an R-Rated movie like this is, in fact, most likely to be appreciated by the teens the film is actually aimed at.

But all that’s fine: It’s hard to entirely knock a movie that makes the one good joke about Regina, Saskatchewan, that you can make.