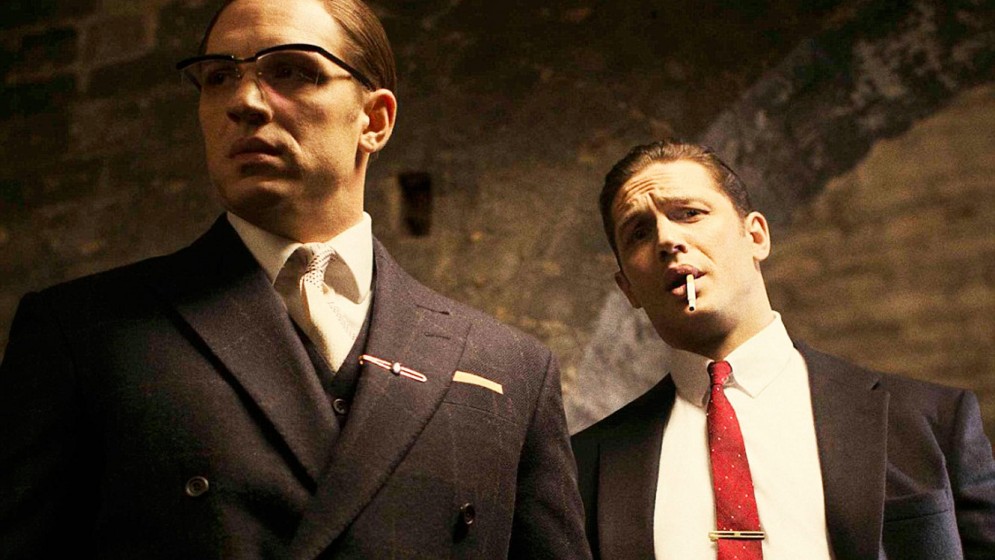 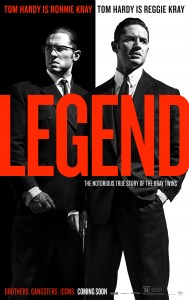 Back in 1990, Peter Medak directed a feature called The Krays, starring Spandau Ballet’s Gary and Martin Kemp as the real life East End London gangster brothers. A gritty, anti-glamour docudrama about the their 1960s underworld reign, the film focused on the Krays’ strangely tight relationship with their terrifying mother (Billie Whitelaw).

The 2015 edition of the story steers away from any attempt at realism into glossy and bloody folk myth, with Tom Hardy playing both roles in a less oedipal approach. These are monstrous performances: playboy Reggie with his Young Brando-esque swagger and simmering rage, and Ron, paranoid, mealy mouthed, and more obviously unhinged. Make-up and wardrobe help the actor provide distinction, but it’s Hardy’s chameleonic gifts that make it a real achievement.

The story is straightforward enough: Back in the day the brothers were the top of the London crime scene, running clubs and casinos and avoiding the coppers (represented by a very stuffy Christopher Eccleston) by palling around with people of influence, as well as taking out any opposition (Paul Bettany cameos as a South-of-the-River baddie) to their growing empire. Their dosh is all well accounted for (by business manager David Thewlis) as the boys attract the attention of American mobsters (a typecast Chazz Palminteri). All this while a very out Ron hangs around with boytoy Teddy (Taron Egerton) and Reggie woos local girl Frances (Emily Browning), much to the chagrin of her mother (Tara Fitzgerald). 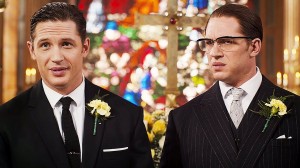 From the start, director Helgeland establishes a broad, almost cartoonish tone, which allows for a little welcome humour to seep in. But achingly obvious Goodfellas homage/rip-offs, the slack pace, a shoddy score, and a too-heavy emphasis on the romance between Reggie and Frances (Browning failing to convince as “delicate”), swings the effort from charming and lively to messy and lumbering. Helgeland makes a newbie screenwriter mistake—over-reliance on voice-over to forward the narrative— which is a surprise coming from the screenwriter of LA Confidential and a number of other strong features.

For fans of Hardy’s charisma, Legend is essential stuff, but it’s a middling British gangster drama for the rest of you.