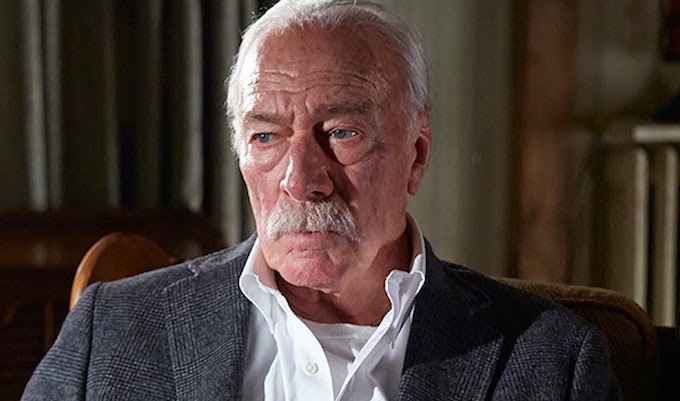 I had big plans for making Day 5 at the AFF a three feature day, but I couldn’t do it.

I think I’m still recovering from yesterday’s movie marathon, and the emotional depth charge that was Room. Despite the appeal of Ethan Hawke and his trumpet skills, the serious draw of an Icelandic goat drama, and a program of local shorts including one by a good friend, I had to get out of the busy depths of Park Lane before the late movies on Monday night. Just wiped.

But the day was still a good one. Early on I was at the Lord Nelson to chat to Harmony Wagner and Jason Rogerson about their PEI-shot feature Kooperman, a film that screened on Saturday night. I happened to run into Brian D. Johnson, 28-year-veteran film writer at MacLeans who is bringing his doc Al Purdy Was Here to the AFF.

Before I connected the dots of who he is—my parents are regular MacLeans subscribers, so I’d read his columns for years—I said something to him that may not have been the dumbest thing ever to spill out of my mouth, but it’s definitely in contention: “You look… familiar.”

He said something like, “It could be because I’ve worked in the national media for 30+ years.” My witty rejoinder: “That’s probably it!”

He was a kind man despite my idiocy, talking at length about the gestation of his project, convincing me I couldn’t miss the screening  later in the day, despite my plan to seeing the Albert Maysles doc Iris.

Remember last week when I talked about hard decisions and defying laws of physics at the AFF? Yeah. 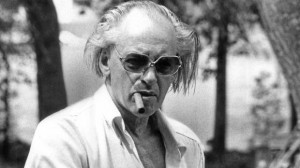 This doc has perfect pitch. It’s full of insight into the life and work of the giant of Canadian poetry, providing detail for fans as well as a gracious and compelling introduction to anyone who might never have heard of him.

Purdy was a two-time Governor General’s Award-winner  who worked miserable factory jobs for years before his poetry was publically acclaimed in the mid-’60s. The doc shakes down his myth, visits with his old friends like the ever-quotable Margaret Atwood, and spends time at the famous A-frame home Purdy built with his wife in rural Ontario. It’s where he wrote and hosted creative chums, a place that has recently been restored and opened up to writers-in-residence.

Johnson knows where the magic is: in the smile and sly remarks (about swaggering male scribblers) from poet Katherine Leyton, the grainy interview clips with Adrienne Clarkson, the schism between Purdy’s public persona and private life, and the family secret revealed in the third act. It’s in the decision to track the story with the seasons, and in the remarkably clear eyes of his widow, Eurithe.

Musicians including Doug Paisley, Sarah Harmer, and Bruce Cockburn wrote songs inspired by Purdy and perform them on camera. Michael Ondaatje reads an extraordinary letter, while Gord Downey, Gordon Pinsent, and Leonard Cohen each take on one of Purdy’s poems.

Johnson said it wasn’t his intent to offer a work biographically definitive, and yet it feels like that’s what he’s delivered. Essential stuff for any Canadian fan of letters.

Heading up to street level to make a call or two after the Purdy doc, I rushed back down in order to get in line for The Lobster. But I cut it too close, and about 20 of us card-holders were shut out of the screening by a packed house of ticket-buyers. Clearly the festival misjudged the drawing power of absurdist-romantic-comic-human-transforming-into-animal Euro-co-pros by putting one in a cinema too small for the demand. Or I did for showing up too late.

I feel for the programmers, rolling the dice on the prospective popularity of films as weird as The Lobster. This is a learning moment for everyone.

Incidentally, I gather the AFF is looking to add hot-at-TIFF female buddy comedy Angry Indian Goddesses to the Thursday’s program. I’m all for that, but if they put it opposite Green Room, rescheduled from this weekend, I’m gonna blow a gasket. I’m already likely to miss the closing party due to a full evening slate of screenings.

(You can file that under Ridiculous Film Geek Problems.) 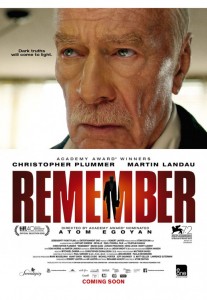 Christopher Plummer is Zev, a Holocaust survivor and nursing home resident suffering from some measure of memory loss due to dementia. When his wife dies, his buddy Max (Martin Landau) gives him a set of instructions to seek out a Nazi war criminal still alive and living somewhere in North America.

Cue a sluggish potboiler from Mr Sweet Hearafter himself, set largely on buses and in medical wards, shot like an MOW from the 1980s, and populated by the odd German cinema icon (Bruno Ganz and Jürgen Prochnow both make appearances).

Anyone who’s seen Memento will likely piece together where this is going, but the familiar  machination of the plot isn’t the problem, really. It’s entertaining enough. What’s really disappointing is there’s grit in the concept, and grace in Plummer’s work, but Egoyan seems to have lost all interest in what he’s doing.