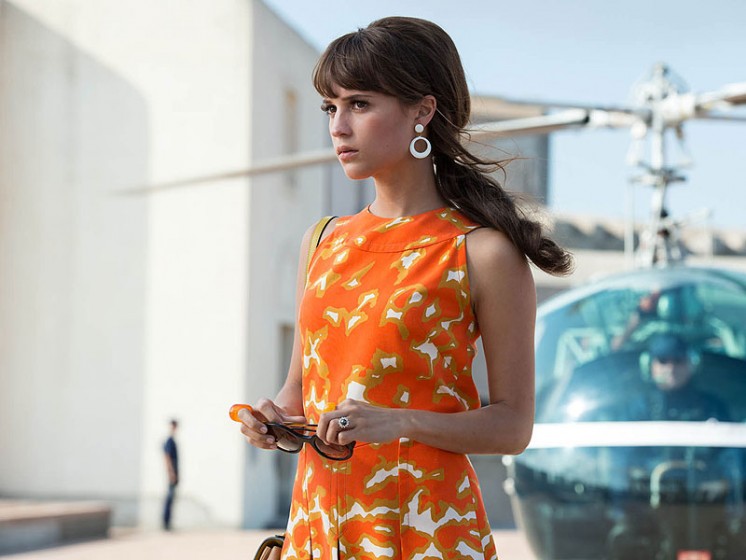 Before I get to the new movies, a heads up: LENS ME YOUR EARS Episode 11 is now on iTunes!

On this podcast, Stephen Cooke and I discuss DARK COMEDIES, jumping off the recent showing of The ‘Burbs at Thrillema, the local cult movie screening series started by Hobo With A Shotgun director Jason Eisener.

We talk about Harold & Maude, Heathers, Bad Santa, and Death To Smoochy, amongst others, a look back at movies espousing a more cynical, grim, or morbid humour, with a special emphasis on pictures where Hollywood takes a (dirty) shot at itself, such as The Loved One, SOB, and The Player.

Go here for the link. This week’s big movie is The Man From UNCLE, which will be going up against another spy movie still ruling at the box office, Mission: Impossible – Rogue Nation. Despite similarities in their DNA—both the spawn of American TV series that started up back in the 1960s—the new Guy Ritchie movie couldn’t be more different from its cousin. For one, it’s still set in the ’60s. For my full review go here.

Straight Outta Compton is a musical biopic (another recent podcast genre subject, incidentally)about badass proto-rappers N.W.A. Someone was actually shot on the set of the movie, so you can’t get more badass than that, amirite? Whether it’s a decent movie remains to be seen…

It always surprises me the width and breadth of the movie selections that open out at Bayer’s Lake. We regularly get Filipino dramas, and this week we have an American Christian historical action picture, and an Indian musical drama. I’m all for variety and niche pictures, and yet a hit outta Sundance, a Palm D’Or winner, or maybe something from the Quebec film industry? Strangely, that’s a whole lot less likely to show up at the multiplex.

Anyhoo, here’s the trailer for Beyond The Mask. Make of it what you will:

Srimanthudu is a picture told in Telugu, shot in and around Hyderabad. I’ve been trying to figure out the plot based on the trailer and the advance buzz. Best I can tell it’s about a wealthy fellow looking for meaning in his life who adopts a village? Anyone who can tell me more, please do in the comments.