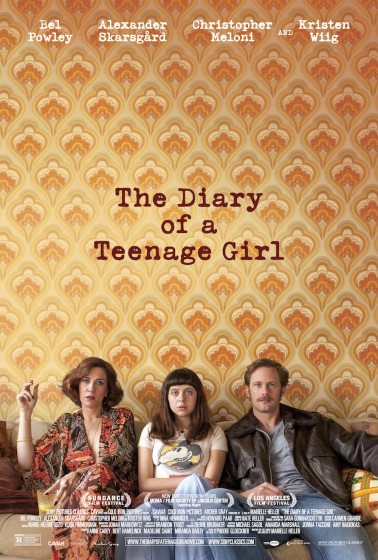 How do you tell the story of a 15-year-old girl who loses her virginity to her mother’s 35-year-old boyfriend, complete with lots of nudity and sex scenes, without it being queasy-making, salacious, or exploitative?

The Diary Of A Teenage Girl manages it with an effortless aplomb. First-time feature filmmaker Heller has a created a must-see picture right out of the gate, providing a refreshingly honest take on the teen experience that, even in a 1970s milieu, has plenty of things to say about our lives now. 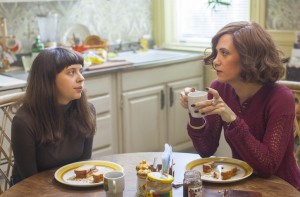 I wondered off the top: Is it an indictment of the free-run child rearing that went on at the time, or instead a sidelong swipe at our helicopter-parent present? The answer is, probably neither. By telling the story from the POV of the teen, the film deftly avoids gender politic, instead providing an observational coming-of-age tale that may be of most value to people the age of the leading character, boys and girls—which is a problem if you’re a teen living in the UK and want to see the movie. 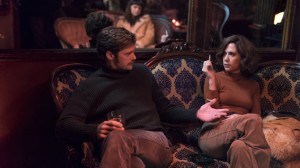 Speaking of the Brits, 23-year-old Bev Powley was born there, but you’d never know it as she delivers her character in a flawless American accent. Her Minnie is a revelation, the elder daughter of Charlotte (a tic-free, excellent Kristen Wiig).

At 15, Minnie has a healthy curiosity about sex. When we first meet her, strolling through a San Francisco park, she’d just had sex for the first time and feels pretty good about it. It’s was with Monroe (Alexander Skarsgaard), her mother’s boyfriend, a character the former True Blood vampire actor plays as charming enough while also being startlingly weak-minded and impulsive. 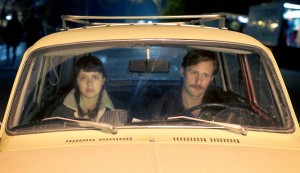 And in the permissive atmosphere of Minnie’s household, where Charlotte is partying most nights, openly enjoying lines of coke and other intoxicants while encouraging Minnie to dress more provocatively and have some fun “before it’s too late,” it’s entirely plausible something like this could happen. But it’s never portrayed as a horror show: Much of the tension of the film lies in Minnie’s documenting her affair on tape while the audience knows, one way or another, this isn’t going to end well.

The film is wonderfully frank about Minnie’s natural inclination toward the carnal in a way we don’t see too often in American movies. (Sure, we’ve seen stuff like this in French films, such as the recent Jeune et Jolie, but too often that’s really about the male gaze, the older male gaze at that. The fact that Diary is written, directed, and produced by women gives it a very different flavour.)

Minnie learns to own what she wants from boys and men, and understands, for better or worse, her power over them. She also learns what she’s comfortable with and what makes her feel bad in her intimate relations. The film exercises a light enough touch that it gets away with being surprisingly funny about its subject matter, too, with the addition of a feathery animation, a trope becoming more common and used effectively in recent features like The F Word and Heartbeat. 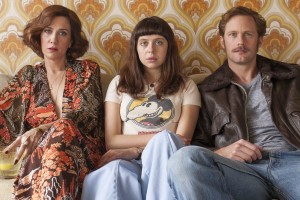 I can’t recommend The Diary Of A Teenage Girl enough. It has a great appreciation of time and place, a moving narrative, and terrific performances.

If it makes you uncomfortable, I think it’s worthwhile to wonder why. Is it because we don’t get the woman’s perspective very often in our movies, even in 2015? Is it because women are still taught to be discrete or even ashamed about their sexual needs, and movies (and the culture in general) rarely allows them to own those feelings? Or is it because the story of an older man who feels entitled to “take advantage” of a too-young woman is almost never deconstructed in a thoughtful, even-handed way?

If these questions and other conversations crop up out of this movie, all the better. This is a Best of 2015 contender, and I very much look forward to what Heller and Powley do next.

The Diary Of A Teenage Girl opens in Halifax on Friday, August 21st