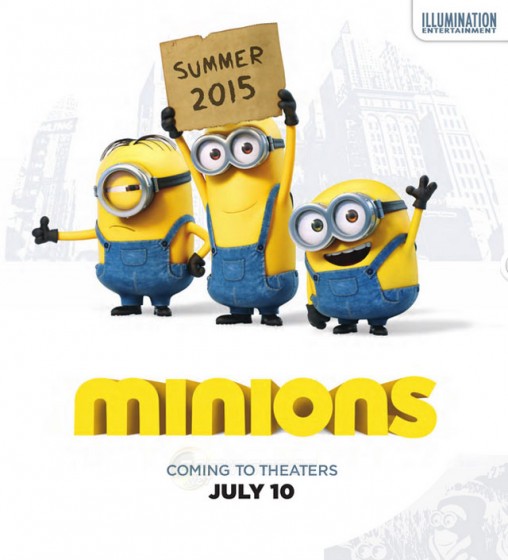 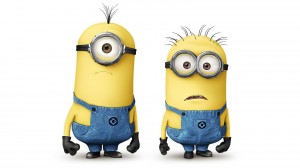 1. They may be ambulatory pills. They may be Hostess Twinkies. What this origin story/spin-off neglects to inform us is why some of these little yellow dudes have two eyes while some are cyclopses. And what’s up with the goggles? Inquiring minds demand to know. 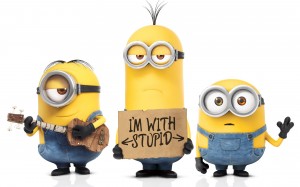 2. Comic support doesn’t automatically make for a compelling lead. Remember the original Despicable Me? The heart of the thing was the relationship between Gru and the little girls. There’s none of that kind of feeling in Minions.  Sure, it’s sweet and goofy and probably fun for the kids, but the story of how those cute little evil-lovers—three particular representatives Kevin, Bob, and Stuart—seek out a new master to serve is so slight it practically evaporates as it goes along. This is 20 minutes of gags stretched out to a 90 minute running time. 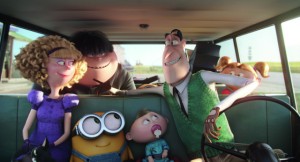 3. The period stuff is charming, with much of the movie set in 1968. I enjoyed the visit to a Villain Convention in Orlando—including a time-travel joke that’s more fun than almost all of Terminator Genisys—and the classic rock soundtrack that accompanies the Minions’ trip to London. Queen Elizabeth II (Jennifer Saunders) should star in more animated comedies. Her adventures would constitute a real spin-off. 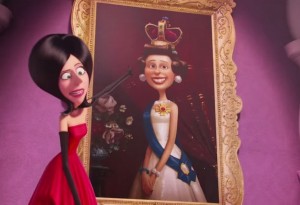 4. It feels like Sandra Bullock as Scarlett Overkill is channeling Parker Posey in one of her more more outré roles, or maybe Sandra Bernhard’s Minerva from Hudson Hawk. Unfortunately, her character isn’t given much to do beyond rage and conspire, so she doesn’t make a lasting impression. Her husband (Jon Hamm) even less so. 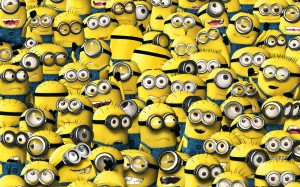 5. You wanna hear my pet theory about the appeal of the Minions? They speak a weird mix of French, Spanish, Japanese, Korean, and Italian, which mostly sounds like gibberish, and they live to serve. I think they’re a not-so-subliminal commentary on how a large section of Euro-North Americans view ethnic minorities and immigrant communities. Is Minions actually subtle satire? Feel free to discuss.