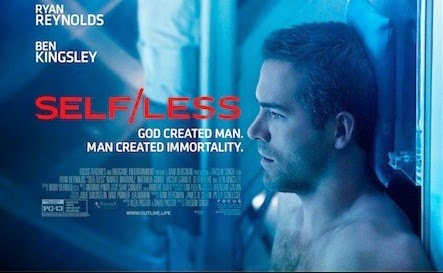 In the midst of a summer crammed with fantasy franchises, sequels, and prequels, comes this oddity, a free-standing scifi thriller starring Ben Kingsley and Ryan Reynolds, with a plot that channels elements of both John Frankenheimer’s Seconds and an obscure Mick Jagger picture, Freejack. It’s a total b-movie, the kind of thing that could have easily gone to some less-prominent release platform, but in cinemas it still manages a passible entertainment.

Kingsley is Damian, a highly competitive New York developer who reveals to his friend and business partner Martin (Victor Garber) that he has cancer, with only months to live. Damian gets turned onto a radical procedure called “shedding” by a man named Albright (Matthew Goode). For a serious sum of cash, Damian’s brain, memories, his entire persona, gets transferred into a younger, totally tabula rasa body (Reynolds), via what looks like a pair of MRI machines. (The production design is a bit skimpy here.) 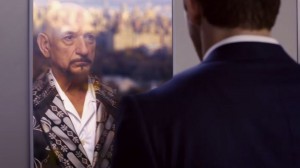 Reynolds makes no effort to adopt any of Kingsley’s mannerisms or speech patterns, which is too bad since Kingsley seems to be channeling an Al Pacino-in-New-Yawk accent and performance circa Scent of a Woman. Given Reynolds talents as a comedic actor, that feels like a missed opportunity.

As Damian begins to learn how to live again in his new body—there’s kind of a Limitless vibe as he resides  and parties in New Orleans (where Albright’s company is located and where the state film tax credits are robust)—he also suffers from hallucinations of another life, which are managed by regular application of little red pills. In case you didn’t think there’d be anything sinister in this procedure, it turns out Damian’s new body used to have another identity: Mark, an Afghanistan vet with a wife, Madeline (Natalie Martinez), and sickly-but-adorbs child, Anna (Jaynee-Lynne Kinchen). 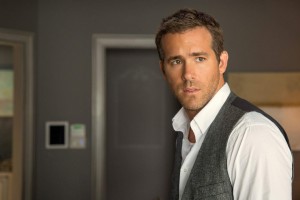 None of this is a spoiler if you’ve seen the trailer or pretty much any body-switching drama ever. The issue is Damian’s ethics and motivations (aside from finding the truth of his situation) are a little muddy, and it gives Self/less a very awkward second act. Unlike the propulsive Limitless, which moved so fast you didn’t have time to mull over the plot problems, the sluggishness here is almost terminal.

Here’s my plot hole concerns, which may not make a lot of sense if you haven’t seen Self/less yet, so if that’s you, feel free to skip the following paragraph:

Damian’s motivations for protecting Madeline and Anna don’t line up with his hard-boiled Trump-like character as has been established, aside from a little softness in the lingering feeling of regret over his estrangement from his own daughter, Claire (Michelle Dockery of Downtown Abbey fame). And why is it that Albright’s goons (including a brief appearance from Derek Luke, who’s too talented for this kind of a role) are so keen on ending Damian’s independence? If Damian runs out of pills, won’t he just revert to his former personality? And what of Mark’s intentions? By endangering Madeline and Anna, isn’t Damian going against what Mark would have wanted, nullifying his body-selling sacrifice? 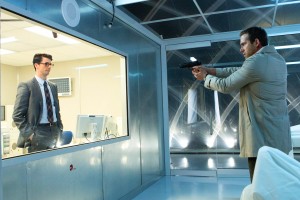 Anyone hoping for a mind-bending exploration of identity, the metaphysics of souls, or any number of hard scifi concepts is going to be disappointed. The film is just not operating on that level. There are plenty of problems with Tarsem Singh’s new movie, though interestingly, a visual style that overwhelms its story from the director of Immortals and The Cell isn’t one of them. He dials down his usual trippy opulence for Self/less, though still manages some deft camera movements here and there.

For the most part, as the action beats multiply, the picture manages to conclude with a few twists and grace notes. Nothing you probably won’t see coming, but enough to pull it out of its muddle to resolve with some satisfaction. 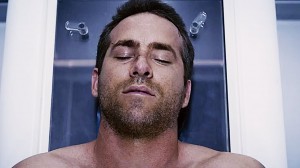 While it’s in no danger of winning any awards, and could have easily offered a little more imagination exploring its science fiction premise, there’s enough here to prompt consideration from genre fans.