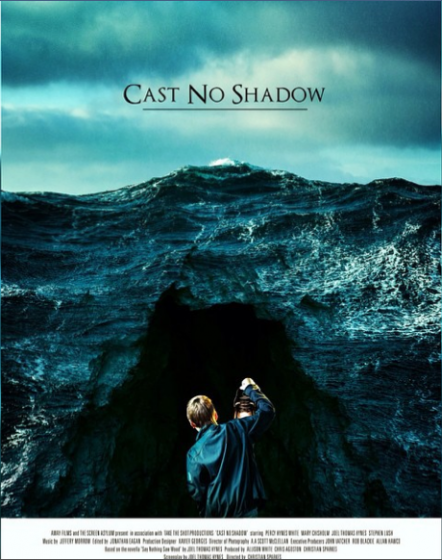 This is a terrific movie, one of the best I’ve seen out of Atlantic Canada in years. It trades in the social realism that we often see in local films—Jude, a 13-year-old living in rural Newfoundland, struggles in his relationship with his criminal father, Angus, while trying to find out about his absent mother—but is suffused with dreams. Jude reads a lot, and knows about myth and fairy tales. He believes in the power of trolls and sees them everywhere, even, sometimes, in himself. He collects tiny totems and paints them gold to use to barter with the troll. 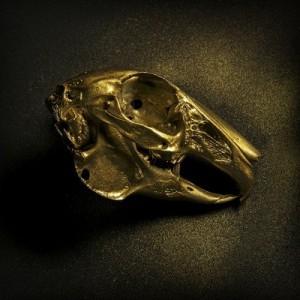 The strength of the film comes in part from its script—based on a novella by Joel Thomas Hynes, who also stars as Angus—and in part from the gorgeous cinematography and score (by Jeffrey Morrow). The fact that young Jude is played excellently by Percy Hynes White, Joel’s son in real life, brings an added frisson to the picture.

Here’s my Q&A with Christian Sparkes, the director of Cast No Shadow, who I spoke to on the phone at his home in St. John’s.

Flaw In The Iris: I gather you have a Halifax connection. What is it?

Christian Sparkes: I went to NSCAD and was in the first graduating film class in 2004.

CS: Yeah, it’s a degree. A Bachelor of Fine Arts with a major in film. I went there thinking I’d do graphic design, and in the cafeteria one day someone said they were doing a film program next year. I didn’t think twice.

FITI: And did you move back to Newfoundland afterwards?

CS: Yes, I moved back to St. John’s. I lived with my parents for a year—I was broke. Worked at a restaurant and made my first short.

FITI: And Cast No Shadow is your first feature. How did you get it made?

CS: It was made with Telefilm’s Micro-budget program. And you need an institution to put you forward, and NSCAD did that for me.

FITI: What is the budget?

CS: It’s a maximum of $250,000 grand. So, it’s very small for a feature. It’s a double-edged sword. The key is to write the film for that budget. I think we pulled it off more or less. The film is far from perfect, but it’s very challenging. It demands a lot of you, the crew, your family, everybody.

FITI: I’ve interviewed your collaborator, Joel Thomas Hynes, in the past, around the time he wrote and starred in Down To The Dirt. How did his story come to you?

CS: I’ve been a fan of Joel’s work since he wrote the book of Down To The Dirt. I read his poetry, and I could see how we could make this coming-of-age film, so I pitched him the idea, but I also suggested we incorporate this new element, a fantasy element. It’s what I’ve been doing in my shorts work, dealing with fantasy and genre stuff. So I thought we’d meld these two things, and he went for it.

FITI: Joel’s work does have a hard realism to it.

CS: It does, and I think the film has as well. Certainly a lot of the classic coming-of-age films, the European ones, have that gritty realism to them—Kes and Ratcatcher, films I’ve always been a big fan of.  They’re stark, but also very beautiful. They’re exquisitely made in a classical style. I think a lot of Newfoundland films have been hand-held and gritty, very naturalistic, but haven’t been given necessarily that classical treatment, with that fantasy bent. So I saw an opportunity to tell a similar story in a different way.

FITI: That was one thing I really liked about Cast No Shadow, how the supernatural elements could be interpreted as metaphor.

CS: Exactly, in the films I mentioned there is a strong central metaphor. Like in Kes, there’s a falcon that represents Billy’s desire to be free. In this one it’s the gold, this boy painting garbage, trying to elevate that the same way he wants to be elevated. It’s a really beautiful idea to me. Joel has a book of poetry called Straight Razor Days, and there’s a line in it where a father and son are walking on a road by a drain, and the boy asks what that water is, and the father says, “That’s a troll taking his year-long pee.” I read that and for whatever reason I began to see how I could incorporate this troll aspect into this film. We talked about elevating it beyond another kind of harsh, east coast story.

FITI: I also found it to be a gorgeous-looking film. You’ve framed it beautifully.

CS: I don’t want to say anything against the great films that come out of here, but I wanted to do it, shoot it and score it, in a way that wasn’t typical. A bigger cinematic scope. That’s the work I’m interested in. At the same time, I knew Joel, and his seemed like a perfect cinematic story at my doorstep, so I chose to mix the two. The landscape, that’s Newfoundland. I direct a lot of stuff for Newfoundland Tourism, so I have a sense of the province and the picturesque locations in and around St. John’s. I had a leg up that way.

FITI: I notice in the end credits you took time to thank people for the locations. That’s not something you see every day.

CS: In Newfoundland, too, they don’t ask for much and are happy to help out. I figured the least I could do is give them a little shout-out.

FITI: I wanted to ask about your young star, Percy Hynes White. Why did you cast him?

CS: He’s Joel’s son. I wanted Percy from the start, and I knew he was an exceptional talent. I’d seen him in a couple of shorts. He was 11 when we shot it, and the script was originally written for a 15 or 16-year-old. The spine of the story is based on a novella called Say Nothing Saw Wood, and that character is 18. So, it was my idea to turn him into a younger, more likeable boy. But Joel was hesitant—there’s a lot of scenes of sexuality, and abuse, and we weren’t sure we wanted to subject young Percy to all of this, you know. But we re-wrote the script with him in mind, once I talked to Joel and Sherry, Percy’s mother, about it. The film rises or falls on the lead’s shoulders—he’s in every scene. And so many child actors are just god-awful, that kind of Disney acting. It’s hard to get naturalism out of a kid, but I knew with Percy too, he’s nothing like the boy in this movie. In real life he’s a ham. So I tamed down a lot of things and pitched it to Percy, and they kind of let him make the decision. He read it and we did rehearsals, and I think it wound up being a great thing for both (Joel and Percy).

FITI: There are scenes that are powerful and frightening, such as the scene in the kitchen where Joel’s character takes his belt off. I felt like, wow, if this is a real-life father and son, this would need to be managed especially delicately.

CS: Joel talks about that. I’ve heard him interviewed where he says your own memories of your father can get mixed up when you get older—what was real and what wasn’t. He was saying, what’s Percy going to think when he gets older. But Percy’s a really mature kid, and they have a fantastic relationship. It’s harder for the crew in a lot of ways, than them. It’s acting, as soon as the camera cuts they were making fart jokes and laughing. It’s not as harrowing as it seems.

FITI: I enjoyed the lighting, set-dec, and costumes, too. And particular to that scene, when Percy’s character Jude is on the floor, and then he seems to teleport, or slip through the floor into his safe place in the shed, and his father’s voice seems far away, as are his own screams. That was really gracefully realized.

SC: I really liked that transition in the film, too. With this budget there’s so much that you can’t do how you originally envisioned it, but that was one of the ones where I achieved the tone I wanted for the whole film. But we didn’t want people to think this kid was a schizophrenic, so how do we incorporate elements of fantasy, him going outside his body to cope with trauma, and that’s when we inserted the dreams and scenes like that.

FITI: Without giving spoilers to my readers, I’m curious about the ending, and the decision-making around how it ended, which seemed to me to about how Jude learns about the difference between fantasy and reality.

FITI: I found it a surprise. I appreciated the bravery of it, the ambiguity that comes from an ending like that. It left me thinking.

SC: That’s the exact intention. It’s interesting when you’re editing a film and you make those decisions, you say to yourself that feels pretty good to me, but you know half the audience is going to be potentially pissed off. And then you go, well do I really give a fuck or do I not? In a way I don’t. Obviously, I want people to enjoy the movie. I don’t want people to leave feeling depressed or cheated. I definitely don’t want that. But I want to give people enough information so that they can interpret it, and come up with their own reasoning, and I think that’s the best-case scenario. I think that’s what we have.

FITI: Now that your film is out, getting attention, getting distribution, what’s next for you? Are you making more features?

SC: Oh, for sure. In a dream scenario I’d make a feature every couple of years. As you probably know that’s challenging. From when we shot this, edited it, marketed it, and shown it to people, three years have gone by. So, I definitely want to get better at closing the gap. I’m just finishing the script for the next film now, and Joel and I are working on it together again, and we’ll shoot it in the summer is the plan. And two years after that we’ll shoot the next film I have an idea for.

FITI: Are you hoping to stay in Newfoundland?

SC: Yes, for sure. I’m in Toronto and LA more often than I ever was before. Going down to LA for a few months in the winter isn’t the worst thing in the world. If I can afford it. But I love Newfoundland, and the east coast in general, and my family is here.