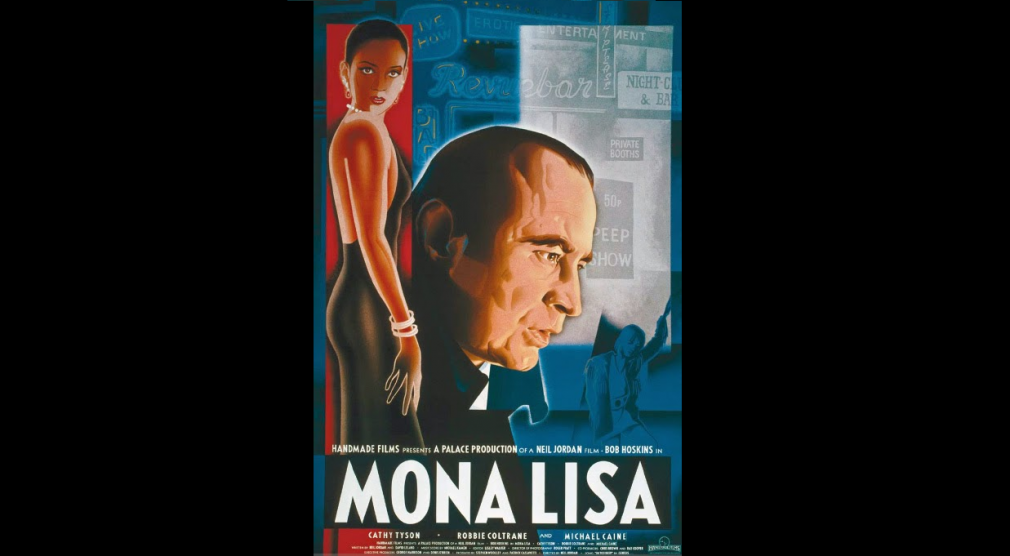 When I heard the sad news that Bob Hoskins died today at age 71, it made me think of the first movie I saw him in.

I’d lived in London for less than a year when Neil Jordan’s Mona Lisa came out. It was a tough year for me. A new high school, much larger than the one I’d attended before. I was out of step with the kids in the cool cliques. I spent a lot of that rainy winter getting to know the city, hanging in record stores and comic shops. I went to see a lot of movies.

Mona Lisa earned strong reviews when it came out in May that year. I remember Time Out magazine mentioning Michael Caine playing a man who looks like he “sweats horribly into his pyjamas“.

The movie was shot on streets I recognized. I knew those King’s Cross and Soho locales. There was a dramatic scene where Bob Hoskins’ driver George throws his charge, a high-priced prostitute named Simone (Cathy Tyson), out of the car. That was filmed right at Hyde Park Corner. I took the #9 and the #57 though there every day. I might not have known the people in the movie personally but I felt like I’d seen them loitering on street corners, in neon-lit doorways. It was the first time I’d seen a movie that had been made where I lived while I lived there. It was a crime drama, a noir, and from my lonely perspective it revealed some truth of what life was really like. As George, Bob Hoskins was a guy who I could relate to. He was a romantic, but with a hard lesson to learn. This dark world was all too much, too complicated for a guy like him. I felt that kind of confusion in my own life, an awkward 15-year-old wandering the city streets. (Of course I couldn’t appreciate of how fortunate I actually was, but that’s how it rolls when you’re 15.)

Bob Hoskins sure didn’t look like a movie star. I liked that about him. He never seemed less than real. I liked how he did anger and frustration as well as remorse and fear. I could relate to that, too, and I saw it in his other roles in movies like The Long Good Friday, Brazil, and A Prayer for The Dying.

He was a great actor and an unlikely movie star. We could use more guys like him.