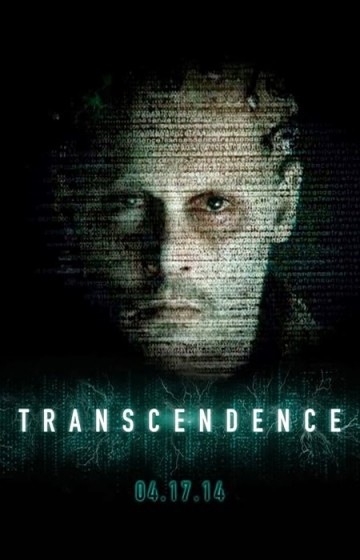 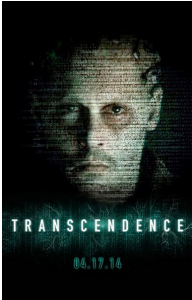 I’m writing this on the first Saturday night since Transcendence opened. I’ve taken in the deluge of scathing reviews the Johnny Depp movie has earned, along with the reports few are bothering to see it in the cinema. A bad combination. But I’m here to tell you while the film is a bit of a mess, it’s worthy of your movie-going dollar, especially if you’re a fan of science fiction that trades in ideas.

It starts with a Paul Bettany voiceover and a clumsy framing sequence they could have done without. But then we’re introduced to the Big Brains on Toast: Will and Evelyn Caster (Depp and Rebecca Hall), American scientists working hard towards artificial intelligence and computer consciousness, along with colleagues Max (Bettany) and Joseph (Morgan Freeman). They run afoul of neo-luddite terrorists, led by Kate Mara, who are willing to go to violent extremes to see such advancements stopped. Will is shot by one of them, but before he dies Evelyn and Max find a way to upload his consciousness onto a harddrive. It isn’t long before Will is online, growing exponentially, becoming a more creepy and potentially less friendly version of Samantha from Her. The triumph of Will includes providing Evelyn with unlimited funds, which she uses to pay for a vast underground complex in a desert town that looks just like a Hollywood western set (with added tweakers), a place where Will’s massive digital personality can evolve and accomplish wonders/horrors.

By the movie’s third act, I had the feeling the filmmakers had also managed to digitally resurrect the brains and personality of Michael Crichton, because Transcendence feels nothing so much as one of his tech parables, the recognizable bits of Westworld and The Andromeda Strain spliced with parts of Brett Leonard’s The Lawnmower Man. That’s not necessarily a criticism: I really like those movies, and Pfister’s is a reasonable update, a B-movie with an A-list cast, playing off themes of humanity’s hubris and future-tech anxiety.

The problem is, these movies don’t feel much like the 21st Century. In 2014 we can’t wait to for Hal-9000 to run a daycare and Skynet to deliver our pizzas. Anything to make life easier. We’re more afraid of our cell phones and NSA surveillance, the kind of chill Charlie Brooker mines in Black Mirror. Concern about computer sentience seems a slightly antiquated, Y2K-era fear—directly referenced in the picture. Most of us believe our computers are people already.

And Pfister, in his first directorial effort after being Christopher Nolan’s cinematographer, misses the Inception director’s incisive storytelling and expansive worldview. There’s something narrow in the way Transcendence is shot and edited, something that feels like a local access network rather than a world wide web, despite the montages, overlapping imagery, and ghostly CGI.

There are also logic problems the computer-generated magic can’t solve. Cyber-Will’s development of nanotech allows for people’s speedy healing, but it also turns the recipients of his largess into drones. Maybe it’s intended to muddy the water of Will’s benevolence in the audience’s eyes, but if there’s some other sense to it, I’m not seeing it. Especially when we understand the nanos can rebuild stuff without any help, pretty much accomplishing everything a salaried, non-mind-controlled worker could do.

Beyond these confusing developments is the key relationship in the film, between Will and Evelyn. Depp, who’s finally looking at least somewhere inside the decade of his actual age, sleepwalks through the role, whether he’s a living, breathing individual or a virtual approximation. Hall is more animated, but their romance never really catches fire, and it’s hard to believe its suspension through glass interfaces.

The presumption that the machine can’t love continues the superannuated vibe, which I think is OK so long as we believe someone/something is loving someone/something. And even if we don’t, the movie isn’t without a healthy amount of ambition. Personally, I like the deus ex machina, even if it turns out we’re the deus.