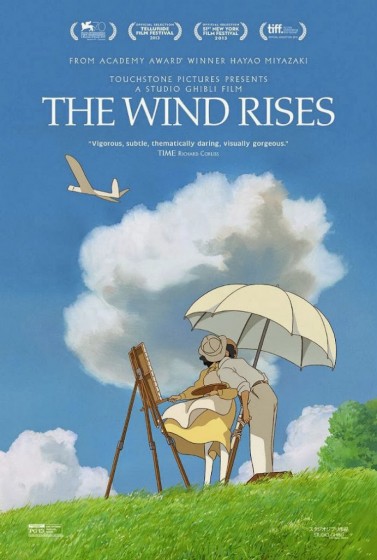 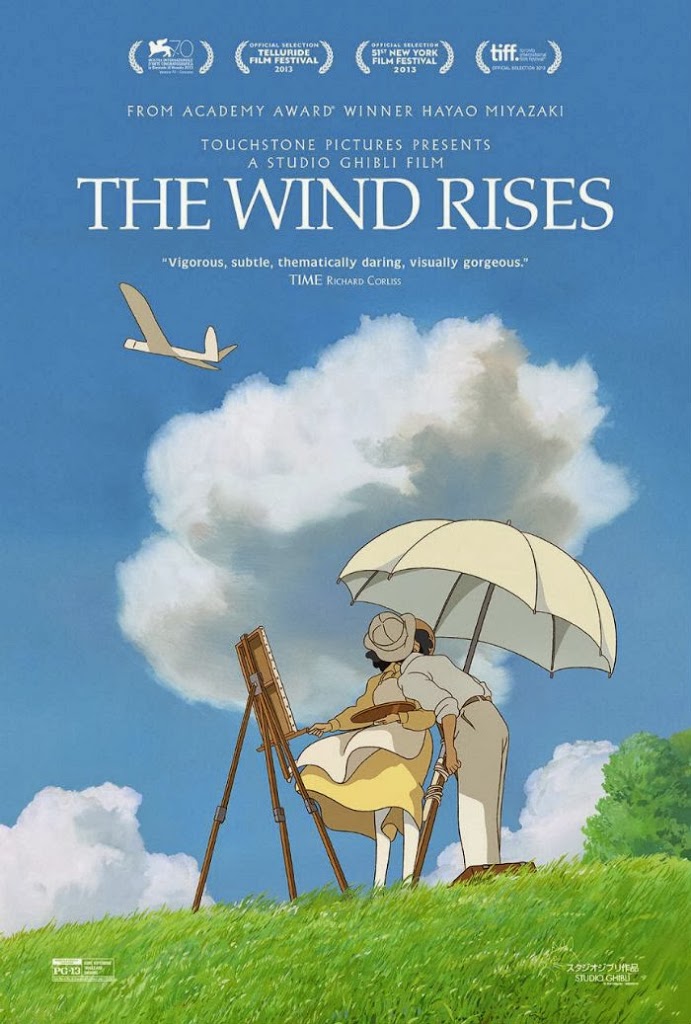 Written and directed by Hayao Miyazaki

If this is to be Miyazaki’s final film with Studio Ghibli—which, despite many false retirements, he says it will be—a romantic, historical drama about an engineer is an unorthodox subject matter to go out on. That said, it still has plenty of the fantastic and surreal whimsy he’s become known for in earlier films such as Howl’s Moving Castle, Princess Mononoke, and the Oscar-winning Spirited Away.

This is a heavily fictionalized biopic of Jiro Horikoshi, an aircraft designer responsible for some of the most iconic Japanese warcraft of the Second World War, including the Mitsubishi A6M Zero. It starts with Horikoshi as a child, dreaming of piloting a bird-like plane, when he meets the Italian airplane designer Caproni, someone who becomes a regular dream-companion. They discuss the wonder of airplanes, and Caproni tells Horikoshi they shouldn’t be used for war.

Growing up, Horikoshi studies flight and engineering, taking him from his rural town to Tokyo. During the 1923 earthquake that devastated the Japanese capital, Horikoshi helps a girl named Nahoko. Later on, their paths cross again, which shifts the film from the story of a man and his work into a more traditional love story.

The film really soars (no pun intended) in the first two acts when we’re seeing Japan through Horikoshi’s eyes and through his passion for planes. When Horikoshi is sent to Germany to research famed German designer Junkers, we get a sense of how closed and regressive some elements of Japanese culture can be, along with the fascistic tendencies of German secret police at the time.  But the awe Horikoshi feels when aboard the enormous German metal giants is clear: In Japan they were still working in wood. The trip inspires Horikoshi to upgrade the Japanese planes leading up to World War II.

Given the advice Horikoshi received from Caproni, I was expecting Horikoshi to struggle with his conscience when all the planes he’s building are intended for battle. The Zero was famed and feared as one of the planes used by suicide pilots, the Kamikaze. But that’s never even mentioned: Miyazaki sidesteps any political issues. I wanted more complexity. Horikoshi’s concerns are brought up again later, but only in passing. The real emotion in the third act is devoted to the tragic, melodramatic love between Horikoshi and Nahoko, which, along with the swelling strings on the soundtrack, feels like it’s out of a different era, one closer to when this story is set.

There’s also the question of the English-language dubs. Though they recruit quality voice performers (Joseph Gordon Levitt, Emily Blunt, Martin Short and Werner Herzog), I always prefer subtitles and the original voices. Not to say the translations in dubbing are necessarily inferior to subtitling, but if we aren’t hearing the voices intended by the original production company, I feel slightly cheated, even as I don’t speak Japanese.

That said, the animation is typically gorgeous and hypnotic by the master, Miyazaki. Japan of the past is depicted as wonderfully civilized and sophisticated, though the film refuses to touch upon any of the reasons why Japan rushed headlong into war.

Especially cool is that the sounds of engines—in fact, all the sound effects associated with the aircraft—are done by human voices. It’s a stunningly effective idea, and makes everything we’re seeing feel more artisanal, more haunting, and yes, more dreamlike. I don’t think I’ve ever said this before: if you’re looking for a reason to go see The Wind Rises, do so for the sound effects. They are awesome.