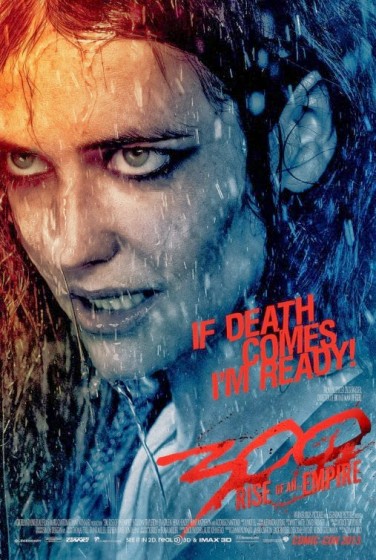 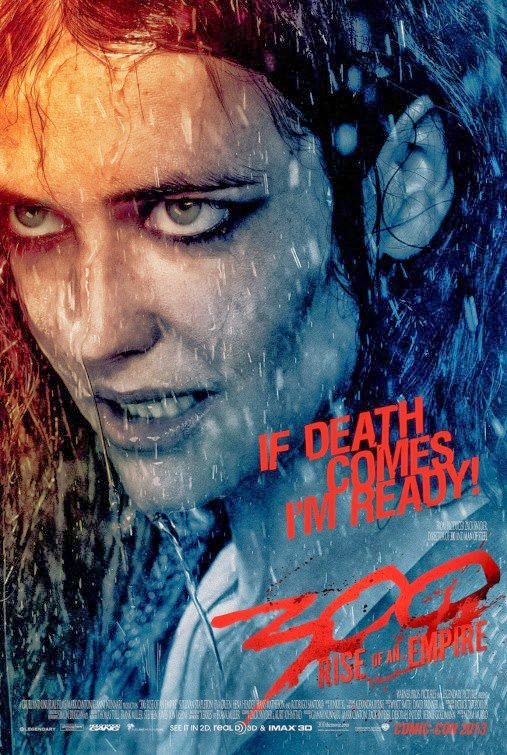 To prepare for the sequel to Snyder’s 2006 hit movie about the 300 Spartans at the battle of Thermopylae, I went back and watched the original 300 one more time. My feelings about it were deeply ambivalent, matching the experience I had the first time.

There can be no denying the gorgeous production design of that film. Snyder, for all his problems as a director, has a unifying visual style, and 300, with its stunning sepia tones, sweeping, green-screened vistas, and amazing slo-mo battle scenes, wasn’t like anything I’d ever seen. It’s been hugely influential on everything from AMC’s Spartacus to movies like Clash of the Titans, Immortals and the recent Pompeii. For its look and kineticism, I appreciated 300, but its politics are abhorrent. Bad enough that the once-brilliant Frank Miller, who wrote the comics these movies are based on, was well on his way to becoming a right-wing nutjob by the time he wrote and drew the source material here. But the movie goes further. Watching it again, it feels like a Bush-era relic. The optics are terrible: The Spartans are WASPy white guys, barking about freedom and sacrifice, celebrating their brutal military culture, while the Persians are sexually androgynous, swarthy freaks. Their king, Xerxes (Rodrigo Santoro), comes off as a preening transvestite—way to frighten those good ol’ boys in middle America—while Gerard Butler as the Spartan leader is all raging machismo. Of course, the Spartans also manage to be wildly campy and homoerotic—especially the teeth-gnashing, ab-flexing Michael Fassbender in a pre-stardom role—even as they denounce the Athenian Greeks as boy-lovers. The character stuff is humourless and tiresome. For the most part, 300 is a movie for bros who are absent any self-awareness.

300: Rise of an Empire improves on the original in a couple of ways. Structurally, it’s interesting in that it’s a prequel, during-quel, and sequel all in one. It shows what the other Athenians were up to while the 300 Spartans were getting martyred at the Hot Gates, though, from what I’ve read, the historical facts are at best loose. Athenian general Themistocles (Sullivan Stapleton, generally bland but more interesting than every single one of his Athenian soldiers) is fending off the Persian fleet, led by Greek-turned-Persian warrior Artemisia (Eva Green, more about her in a bit). He tries to unite the Greeks to fight the Persians—even approaching Spartan Queen Gorgo (the impressive Lena Heady), but she’ll have none of it. She just narrates the first 30 minutes of the movie in a reasonably clever shifting flashback structure, while Themistocles waits for the Spartans to sacrifice themselves and do the uniting for him.

It’s too bad the first half of this movie is so terminally dull, which, despite my gripes about the original, it never was. We get the backstory to Xerxes and Artemisia and a Greek warrior and his son—none of which anyone is likely to care about. The colour scheme has gone from sepia in the first film to slate—the blood less a scarlet spray and more an oily blueberry syrup in eternal slo-mo— and though there are some impressive visuals, the eight years since the last film has made this style ubiquitous. There’s little here that feels fresh or fun. Worse that it’s in gimmicky 3D. A foggy-lens conceit while on the bridge of Artemisia’s ship just succeeds in muddying it that much further. And that narration quickly becomes tedious.

The politics are marginally less obnoxious this time out. Apparently the Greeks are fighting for freedom and democracy while slaves are below-decks, rowing. Or maybe that was just in the Persian fleet—it’s a bit hard to tell in all this visual goo. Yes, the Persians are still hirsute exotics, but the prominent female leads are given plenty of agency, which makes it feel a bit more balanced. Unfortunately and typically, one of the female leads uses her sexuality to get what she wants. That old thing.

But thank the hoary hosts for Eva Green. The mid-movie sex scene she shares with Stapleton—the best and most entertaining I’ve seen in yonks—is also the only time the movie finds a moment of humour. So, yes, while I acknowledge the problematic fact from the previous paragraph, I can’t say I didn’t enjoy the scene and its energy, as the combatants/lovers slam each other around. The movie improves as a result of it, setting up a much more satisfying third act where at least something happens that feels real. Something is at stake, not just someone’s CGI fever dream. Green is clearly the best thing in this, as she was in Tim Burton’s Dark Shadows, giving a powerful performance that suits the material and raises up all the boring men around her. So to speak.