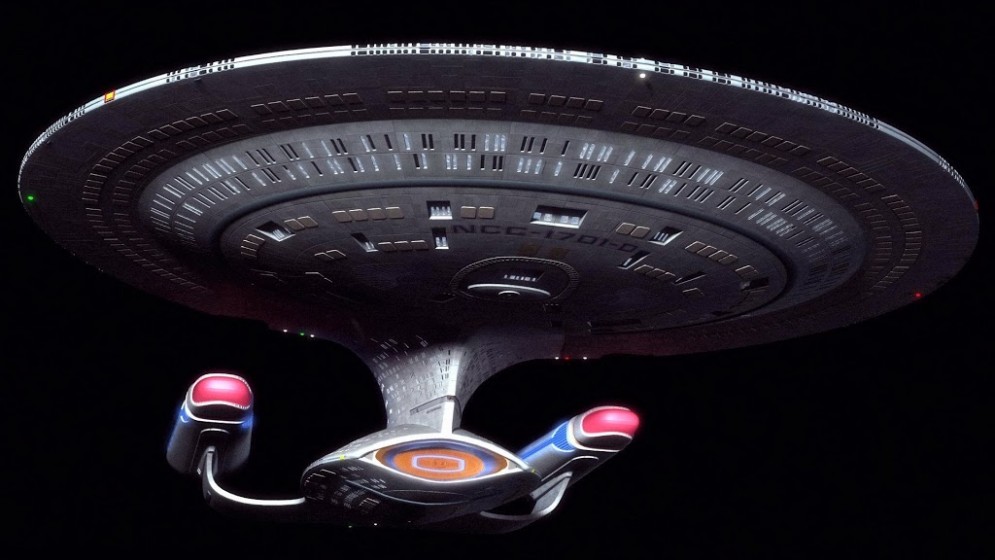 This is really a case of If You Can’t Beat ‘Em, Join ‘Em. I’ve gone on record saying I’m dubious of reboots, relaunches and reimaginings on film and TV. So rarely are those efforts to replicate and update original material anything near as much fun as what spawned it. But, hey, nobody is listening to me. So, sitting alone and crying to myself about that fact, I got to thinking: What if someone did listen to me? What would I like to see rebooted?

Here are five of my fantasy picks, just for the hell of it. 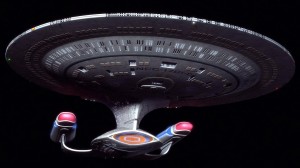 Star Trek on TV
I’m a pretty serious Star Trek fan. Call me a Trekkie or a Trekker, I don’t care. But I am not a fan of where JJ Abrams has taken the franchise. It’s simply not my Star Trek. Furthermore, while I have enjoyed the movies, its the series that really worked for me. The movies need to be blockbusters in order to exist, lots of space battles, explosions and special effects. But what Star Trek is based on are stories about social issues, science and exploration. There’s a bedrock of optimism and nerdy excitement in this show. That’s why it works so well on TV, because they don’t need the budget a two-hour movie demands. They can put more money into the scripts, which can be about character and ideas.

My suggestion? Bring it back to the Next Generation/DS9/Voyager-era Trek. Or even a few years into the future beyond those series, allowing for a new ship and a new crew. You could have the now-older cast from those previous series appear as periodic guest stars.

I was one of the few folks who enjoyed the last time Trek was on TV, Enterprise. In it a character named Daniels (played by Matt Winston, son of Stan, and a classmate of mine back in high school) who was a temporal agent from the far future where timeships are the way they get around. A series based in that future would be especially exciting, exploring the ramifications of time travel. Borrow a page or two from Dr. Who.

Or, you could dust off the idea of a series set at Starfleet Academy. Set it in Abrams parallel Trek-verse, or in the original, I don’t care. Just bring back what it was that made Star Trek good. On TV.

These little Japanese toys were big in the late 70s, put out in North America by a company called Mego. The great thing about the toys was their modular elements. You could reassemble the space ships in different combinations. Some of the action figures were magnetic at the points of articulation, allowing for any number of combinations. Marvel put out a series of comic books, with the Micronauts—tiny warriors from another universe—interacting with superheroes when they weren’t fighting very Star Wars-esque epic battles back on their own molecular worlds. The comic was created by Bill Mantlo and one of the greatest comic artists ever, Michael Golden, which was part of its appeal to me.

I’m not suggesting that a Micronauts movie would necessarily follow the narrative of the comic books, but how much fun would it be for a team of inter-galactic heroes, all six inches tall, to show up in our world and wreak some kind of tiny havoc? I’d watch that movie. 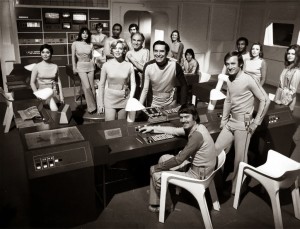 Space 1999
Another property from the 1970s that seems consigned to that era, the British TV series by Gerry and Sylvia Anderson (which aired between 1975-1977) was something of an update of Star Trek, except more frightening and a little less optimistic. Aesthetically it owed a lot to both 2001: A Space Odyssey and Lost In Space.

It’s 1999 and the moon is sent out of its orbit by a nuclear explosion, spinning into deep space, along with its human inhabitants, a team of scientists living on Moonbase Alpha. Team leaders are John Koenig (Martin Landau) and Helena Russell (Barbara Bain), with Barry Morse, Nick Tate and Catherine Schell all playing key roles. In the UK and here in Canada, the show was a hit, but I don’t think it ever made much of a splash in the US. It only lasted two seasons.

I’ve always liked how bleak, peculiar, and unpredictable the show was, though its 1970s lounge-suit look has dated pretty badly. It is ripe for a reboot, and thanks to Wikipedia, I now know that one is in development, to be called Space 2099. 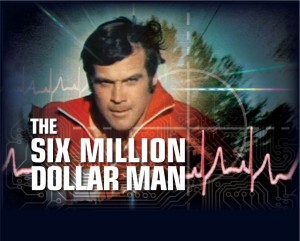 The Six Million Dollar Man
Steve Austin was a hero when I was a kid. I loved the idea of him (as portrayed in the five-season TV series by Lee Majors) a pilot and secret agent of sorts, a cybernetic organism, with an arm, two legs and a eye all grafted to his body, appearing like human organs but giving him extraordinary strength and speed. It’s hokey, campy stuff when you see it now, but what better time to relaunch the series, exploring the places where human and silicon meet? I imagine any new version would include some kind of on-board computer, which perhaps could interface with other computers. What if it got hacked? What if his personality could be reprogrammed? How would his humanity be impacted? Could he upgrade his systems as new tech became available, new soft and hardware? So many interesting ideas. Naturally, he’d need to be the Six Billion Dollar Man. 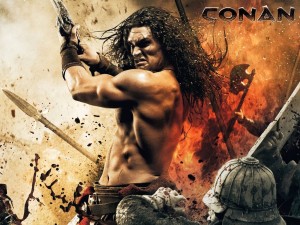 Conan The Barbarian
Yes, I know Conan was back on the big screen only two years ago, and I know it was not awesome, by most people’s accounts, but I liked it. Well, actually, I liked Jason Momoa in the lead. I think he makes a great Conan. So, why can’t they get him to star in a TV series? Is he busy doing something else? That’s where Conan would really shine, on US cable like Starz or Showtime, so they wouldn’t have to dial down the more, ahem, adult elements of Robert E. Howard’s hero. And they could go back to the original books, develop stories of intrigue, of blood, and of wizardry. I’m sure a lot of the fans Momoa earned while playing Khal Drogo on HBO’s Game of Thrones would head over to another sword and sorcery drama to see him.

Probably unlikely that will happen. Oh well, I am kind of excited by the prospect of The Legend of Conan, especially with Paul Verhoeven directing. 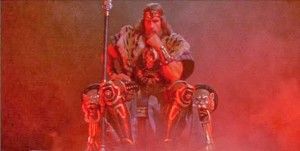