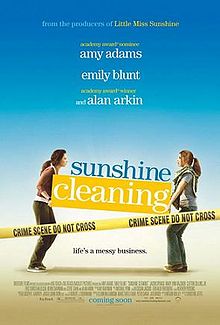 Oh, I could probably come up with more than 10 things that I never, ever need to see again at my local multiplex, but these are the ones at the forefront of my mind, things that make me shake my head whenever I encounter them. So, let’s get to it: 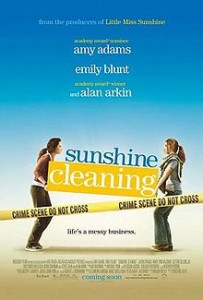 Stop the “From The Producers Of…” marketing
One of the first times I remember seeing this on a poster was when I lived in the UK as a teenager, and they sold Top Gun as being from the producers of Beverly Hills Cop and Flashdance. The presumption being that if you liked those movies, you’d like this one, because the producers were the same. While there’s an argument to be made that a firm producer’s hand can provide some consistency, in my experience producers carry but a fraction of the responsibility for a film being good or bad. Once the film is green-lit, a producer may attend casting meetings, show up on set, but generally they’re keeping their eyes on the bottom line and signing cheques. And equating their influence as something the public should care about undercuts the creative contribution of the writers, directors and performers. (And EVEN WORSE: Fox Searchlight with a tagline for the charming-looking Lola Versus, “The Studio That Brought You 500 Days of Summer.” They also brought you Amelia, Black Swan and Phat Girlz. SO WHAT!?)


Stop rebooting franchises before their time
I have friends who are actually angry that The Amazing Spider-Man is coming out this July, a mere five years since the last Tobey Maguire version of the franchise, Spider-Man 3, was in cinemas. That’s not to say they’re boycotting it, there’s still some curiosity. But they are much more critical of the property, with a lot of venom (no pun intended) around the look of the thing, that Marvel is trying to apply a Christopher Nolan-esque grit, something that doesn’t really mesh with what Spidey is about. Marvel, especially, needs to be careful of the flagrant reboot. It almost capsized the Hulk, with the Edward Norton version also coming out only five years after the Eric Bana/Ang Lee effort (which I preferred, FTR). There might have been more affection for The Incredible Hulk had it been any good, and how much more excitement would there be for The Avengers if this was the first time we were seeing Hulk since 2003? If The Amazing Spider-Man is a hit out of the park, all may be forgiven. But I doubt it. 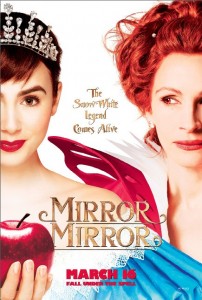 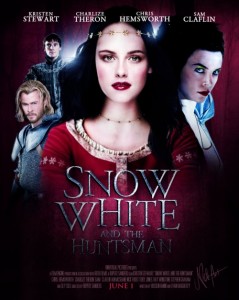 Stop doubling up on screenplays
Years ago we had a couple of volcano movies and a couple of asteroid-destroys-the-earth movies. Those were terrible times and all the movies were bad: Armageddon still one of the worst of all bad action movies. Then we seemed to get a break from such idiocy. Now the trend is returning, with two Snow White movies, Mirror Mirror, out now, and Snow White and the Huntsman, coming soon. Sure, their tones are quite different, but seriously. Know when to pull the plug, studios.

Quit trusting your marketing departments after something like John Carter
There is no way a movie like that should have done as badly as it did. I didn’t love it, but it did not deserve its fate. Disney changed the title from John Carter of Mars, alienating the fanboys, and didn’t know how to sell it in a way that worked, despite the film being loaded up with amazing imagery and an adventure story better than any of the Star Wars prequels. The bad buzz that developed online should have been squashed. Heads must roll. 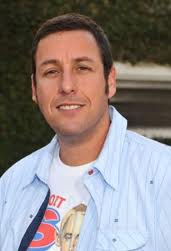 Adam Sandler
Maybe it’s time to call it a day, dude. I mean, unless PT Anderson has something new for you or you’re going to do an Opera Man movie. Even then.

Stop green-lighting romcoms based on non-fiction books
He’s Just Not That Into You, a self-help book of a sort, was turned into a movie I absolutely hated, a hypocritical piece of shit where the romantic comedy tropes undermined the key message of how to be smarter and more independent. Though I have a lot of affection for Drew Barrymore, that she produced this makes me wonder about her sanity and good taste. We now have What To Expect When You’re Expecting to look forward to. Will anyone go?Someone must think so or the film wouldn’t exist. Next we’ll be seeing movies based on collections of recipes or stereo manuals.


Stop making movies named after holidays
This actually goes further than my disdain for New Year’s Eve and Valentine’s Day. It’s about how the romantic comedies are withering away because few people in Hollywood know how to do one well, and the public is catching on. I happen to be a fan of the genre, but I can’t say there’s been much starring Kate Hudson, Reese Witherspoon or Katherine Heigl I’ve enjoyed lately, despite all these ladies showing talent when cast in the right project. 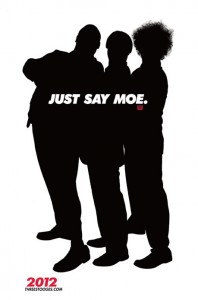 Stop turning archaic TV and movie properties into new movies.
My father’s generation might have an emotional connection to The Three Stooges, but my feelings about it is limited to hazy memories of reruns and Mel Gibson’s impersonations from the Lethal Weapon movies. And yet we can go see a feature film version this weekend, starring three guys who only look and sound like the original vaudeville act. Who cares? And why are there not one, but two Pink Panther movies starring Steve Martin doing his take on Peter Sellers’ iconic Inspector Clouseau? They’re frikkin’ horrible. I tried to watch one on an airplane once. Had to quit before I killed myself.

Stop turning board games into movies.
Battleship. Come on, people. Aren’t you embarrassed? I guess not, since all those people who paid to see Transformers movies aren’t embarrassed, and this looks and sounds exactly like those. (Ships at war, the point of the game, obviously weren’t enough, so you had to add the giant alien machines. And Rihanna.) 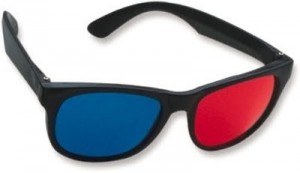