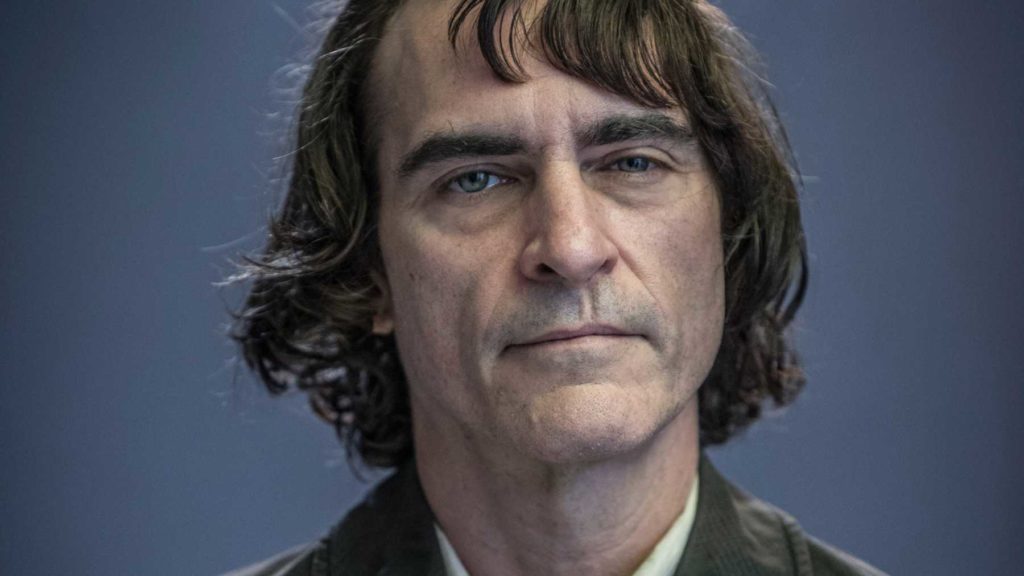 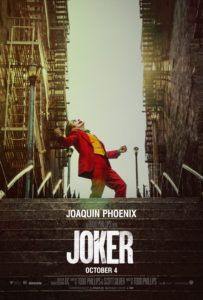 It’s unusual for a blockbuster to arrive on screens with such conflicting buzz. Joker debuted in Venice, winning serious approbation and the prize for best film, a major coup for a DC comics movie. Then the backlash began, with the filmmaker saying some stupid shit in Vanity Fair that doesn’t leave a lot of doubt as to his perspective on a broader cultural conversation. More than a few people on Film Twitter are saying they won’t go and see a movie that’s an “incel training manual“. I choose to not go see movies all the time for a variety of reasons, lots of them less reasonable than that, but not this time. For me, especially as so many have condemned the picture sight unseen, I figured it was worth forming an opinion from actually seeing it.

I came out of the preview screening gut-punched, and I didn’t much like it.

I can’t deny there are some impressive things about Joker, especially in the production design, score, and lead performance, where Joaquin Phoenix really commits. But my lingering nausea is caused by the suspicion that the filmmaker, Todd Phillips, who made his name with bro comedies like Road Trip, Old School, and The Hangover, has tried to deliver a Taxi Driver for the superhero genre, but has instead given us Falling Down.

I’ll evoke that reactionary, conservative Michael Douglas vehicle with a caveat: this picture is much more a character study, where the political messaging comes as the final result of the lead’s transformation into a super-villain rather than riding shotgun from the start. 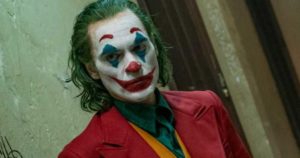 Batman’s arch-nemesis is here given a name in his pre-psychotic life, Arthur Fleck (Phoenix). Circa 1981, he lives with his shut-in mother, Penny (Frances Conroy), in a Gotham city tenement. He works as one of those clowns you used see when a business needed a guy to hold a sign or the kids in the hospital pediatric cancer ward need a smile. He’s also on a raft of prescription drugs for his self-described mental illness, and aspires to be a stand-up comedian, dreaming of a gig on a local late night talkshow hosted by Murray Franklin (Robert De Niro, whose presence echoes another Scorcese picture, The King of Comedy). Down his hall is Sophie (Zazie Beetz in a thankless role), a young mother who Arthur fancies from a distance and maybe even stalks on his days off.

It’s no spoiler to say things don’t go well for Mr Fleck. He believes he was put on the earth to bring joy into people’s lives—at least that’s what Penny tells him, calling him by his nickname, Happy. But the pressure of his shitty job and a society that just doesn’t care about his problems really starts to wear.

Things are complicated by Penny’s belief that Thomas Wayne can help them—he’s a local business tycoon who’s running for mayor, and yes, the father of Bruce Wayne. She worked for him years before, and thinks he’s a good man. 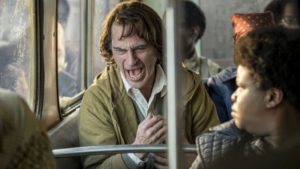 If you accept all this as canon—it echoes one of the few great Joker origin stories in the comics, Alan Moore and Brian Bolland’s The Killing Joke—it does upend the current cinematic narrative established by Christopher Nolan and Heath Ledger in The Dark Knight, that the character’s roots are unknowable, abstract, and unquantifiable. He’s an agent of chaos, and as such a distance from anything definitive in his past is part of his essential mystery. I prefer that earlier take as it makes the character more universal and more terrifying, but at this point will accept that DC is happy to mess with its mythos going forward but won’t be held to its own continuity, which also applies to the Wayne patriarch. It disproves the character of Gotham’s citizens established in The Dark Knight, where they chose not to kill fellow human beings even if it meant their own death. It also suggests a future where Batman will fight a Joker who’s 30 years older than him—it’s a weird set-up, plumbing daddy issues from the jump.

Whether you’re at all concerned about what’s been established around these characters before or not, this clearly isn’t anything like other DCU movies. Phillips’ vision of grimy, gritty early ’80s Gotham is impressive, and the score by Hildur Guðnadóttir weaves a spell of anxiety anchored to Phoenix’s excellent character work. He’s frighteningly thin and convincingly unhinged. He walks the line between being the sympathetic core of the film and a demonic force.

It’s a very tough narrative ask, constructing a picture that offers no hope for redemption—we all know where this is going, to madness and murder—a black-as-pitch vision of nihilism,  a comic book movie missing a hero but showing us something else.

The politics show up in the final act. Phillips presents the Joker as a populist figure who easily becomes an icon, inspiring the mob already aggrieved by an ongoing garbage strike and cuts to social services. Joker does this by a random act of violence, but how the bloodletting triggers the uprise isn’t terribly clear. And while it doesn’t have much good to say about the average  Gothamite, Joker also looks askance at the elites, the officials like Thomas Wayne who shit on the poor from a great height.

What’s left is a white hot, almost Trumpian rage at the system, a kind of disenfranchised fury Arthur has down to his huge clown boots. He’s ultimately rewarded for his inchoate anger as he becomes the murderous Joker. A scene where he embraces his new identity, dancing to convicted rapist Gary Glitter’s “Rock and Roll Part 2” is especially upsetting—there’s a really poor choice for a soundtrack cue.

Joker is well-enough made and well-acted to be taken seriously, but it does exactly what those who are concerned about its themes have suggested; it celebrates the murderous impulses of a lonely, piteous man who feels righteously inclined to lash out against what he sees as hypocrisy and injustice, and in the absence of that masked hero, asks us to cheer his achievement.

If Joker is a smash hit, we might all be in a lot of trouble. Not because it’s likely to incite violence, but because its success reflects an anger stemming from come combination of entitlement and impotence. It’s a poisonous mix that doesn’t leave much to laugh at.