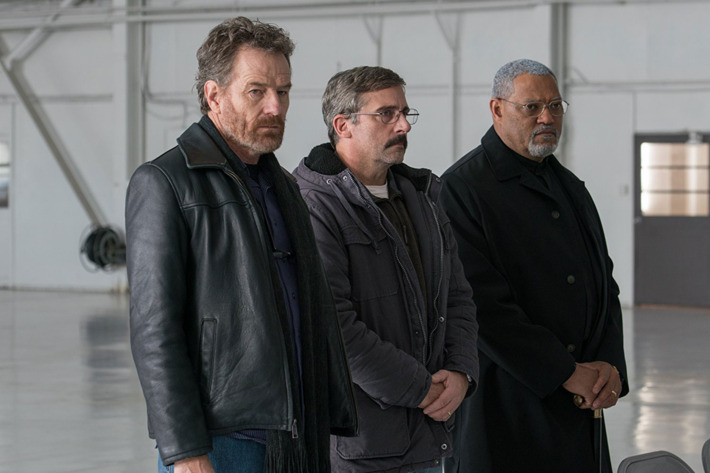 Directed by Richard Linklater | Written by Linklater and Daniel Ponicsan, from Ponicsan’s novel | 125 min | on iTunes 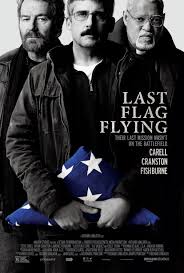 “If it’s a tight-ass god, then I am fucked,” says Salvatore Nealon to his old buddy, Richard Mueller, mulling his afterlife options. A few heavy themes get explored in Linklater’s new film: a person’s obligation to their country, their identity in the face of patriotism, age, and infirmity, and even what happens after we die. Is there ever a reward for our sacrifices, or is sharing a good laugh with friends the best we’ve got?

This is also a film that dips a little into sentiment, but not so much that Linklater’s gift for nuanced storytelling doesn’t win the day. 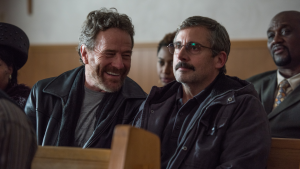 If the dynamic between the three leads feels familiar, maybe that’s because Ponicsan also wrote The Last Detail, which was adapted by Robert Towne for Hal Ashby’s 1973 picture, where Jack Nicholson and Otis Young show Randy Quaid a good time before he has to go to jail for a long stretch. This film finds a version of the three characters meeting up 30 years later. Bryan Cranston is Sal, the loudmouthed alcoholic extrovert, Laurence Fishburne is Richard, the soldier who left war behind to become a man of god, and Steve Carell is Larry ‘Doc’ Shepherd, the introvert who was just a kid when these guys were all in Vietnam. 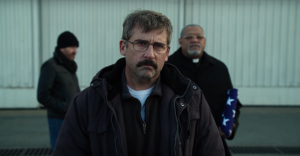 They’re back together because Doc’s son, who signed up after 9/11, died in Iraq. The circumstances of his death are one element of this circuitous plot, and explain why they take the body from Arlington to his more familiar surroundings in New Hampshire. This is kind of a light road picture with serious conversations, populated by diners, bars, and bus stations—in that way not so different from The Last Detail.  It’s also deliciously vulgar. The Dad humour, the casual camaraderie, even the unfortunate bigotry, it all feels honest and true to these characters.

It does meander: a subplot about some unfinished business in Boston adds a few minutes to the running time it didn’t need, even though it does allow a lovely scene with the always welcome Cicely Tyson. Our leads discovering the convenience of cell phones while wandering New York feels less justifiable. 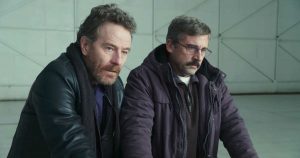 The joy here are the scenes between Cranston, Fishburne, and Carell, who convince as middle-aged dudes with a shared military history and regrets, but who have made different choices with their lives that have taken them to new places. Cranston is probably the MVP—he certainly gets all the best lines. You could easily have pictured Nicholson coming back to this role 15 years ago, but credit to Cranston for making it his own.