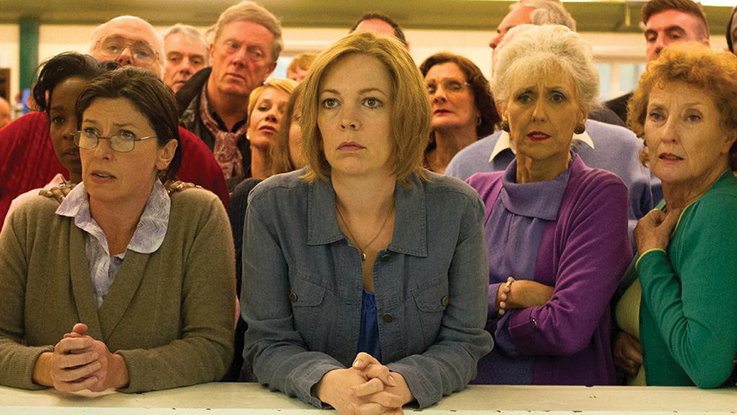 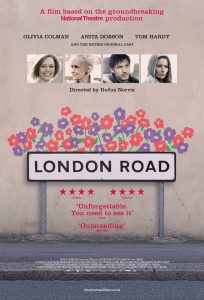 Here’s the story: Alecky Blythe interviewed people living in Ipswich, a town in Eastern England, in 2006, just as a serial killer was murdering prostitutes who frequented the area. She took these interviews and, with composer Adam Cork, turned the material into a musical on stage. This is the film version, starring recognizable British thesps such as Olivia Colman, Anita Dobson, and a brief appearance from Tom Hardy. 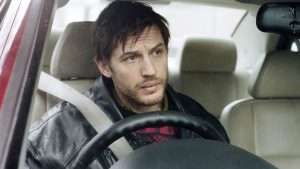 It’s an astonishing amalgam of genres—a look at the impact of crime on a small community, turning all the actual interviews, including every “um,” “uh,” and occasional giggle, into lyrics. Apparently the tapes were made available to the performers so they could match accent and intonation, even while singing. It seems a strange choice of source inspiration, a disturbing subject where applying it to music might seem disrespectful, but it makes for a remarkable mix of darkness and fun. It really shouldn’t work, but it does, opening up the musical form the possibility of other hitherto unlikely text to be adapted. 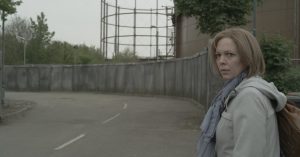 It’s also deliciously ambiguous. Are the residents of London Road being mocked for their parochial attitudes, or their frequently unkind treatment of the vulnerable women plying their trade in their neighbourhoods? Are we to celebrate with these people when they beautify their street, while the prostitutes who once walked them are having to make changes because a number were murdered by one of the men living there? It’s a diabolical situation, and to their credit, the filmmakers are agnostic: They include a shockingly ugly remark late in the running, one of the community crediting the murderer for improving the neighbourhood, while the film still recognizes that a certain kind of neighbourhood spirit rising from adversity has made it a better place to live.

One other question: Would this story be as charming or compelling if it wasn’t a musical, including news reporters struggling (in song) for a euphemism for semen? Probably not: It would need to offer more character detail with the absence of ensemble close-harmonizing. But that doesn’t diminish the astonishing alchemy on display here.