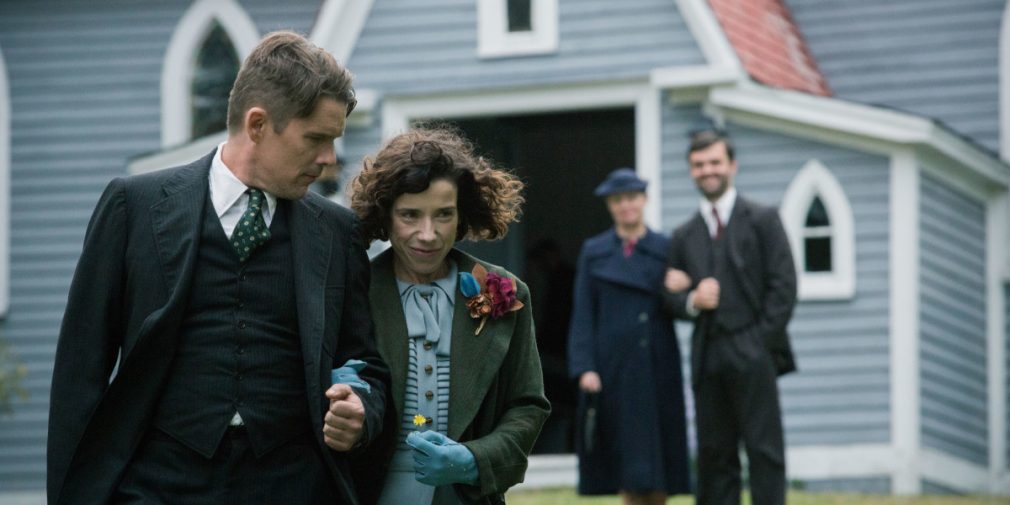 This year’s festival got off to a strong start with the Opening Gala screening of Maudie and the annual party, this one taking place at the Art Gallery of Nova Scotia, the perfect location given the subject of the film, folk artist Maud Lewis.

Like the last AFF, the opening film was screened at the Rebecca Cohn, and like last AFF, it was preceded by many, many suits saying things to the people gathered to see a film. I know there are a lot of sponsors and government agencies who support this festival every year, and it’s a great thing that they do… but does that give them the right to make endless speeches glorifying their contribution?

Here’s a little free advice to the AFF executive: Thirty minutes of speeches is too long, especially before a heavy, two-hour film. It’s too much to expect from the audience.

The couple in front me started to twitch and slaver during the deputy mayor’s pointless remarks, and by the time the dude from RBC showed up to tell us how much love his bank gives to film festivals across the country, they were whispering death threats under their breath. Their breaking point was the meandering drone of Dean Leland’s voice. The woman pulled her eyeballs out of her head and began to munch on them like devilled eggs. Her partner repeatedly stabbed himself in the throat with the edge of his Samsung Galaxy and quietly died under the seats. I desperately wished I was him.

Fortunately, the film’s director, Aisling Walsh, was a charming, forthright speaker. She brought out her female cast and crew and put everyone in the right mood to watch her well-chosen opening film. A biopic of Nova Scotian folk artist Maud Lewis, Maudie is an actor’s showcase. Sally Hawkins in the title role and Ethan Hawke as her husband, Everett, are for long stretches the only characters on screen—though it’s great to see Canadian actor Kari Matchett in support as a patron of the arts. Much of the story takes place in a tiny house in rural Nova Scotia where the couple lived together for 30 years, and where Maud painted, eventually earning national and international renown for her work. (It was shot in Newfoundland in at least two seasons, but aside from a couple of scenes, the locations convince as Nova Scotia.)

It’s really Hawkins and Hawke’s movie—they both show up with a bucketload of tics, two misfit characters at odds with everyone around them, challenging us to engage, to care. With Hawkins that’s not hard—the star of Happy-Go-Lucky has an idiosyncratic charm and gives a wonderful, physical performance. Hawke’s Everett is a violent, closed-off person who we warm to a lot more slowly.

The film works, even as it chooses the conventions that sink many biopics, such as telling the story over decades rather than choosing a shorter stretch of time. But the strength in the performances overcomes the old-person make-up, and because Sherry White’s solid script is first and foremost a sadly beautiful love story.

The only serious debit here was the sound mix at the Cohn. The mumbled delivery from both characters echoed in the hall, and meant much of the dialogue was tough to discern. A real shame since there was plenty of dry humour in the film, when you could hear it, especially from Hawkins.