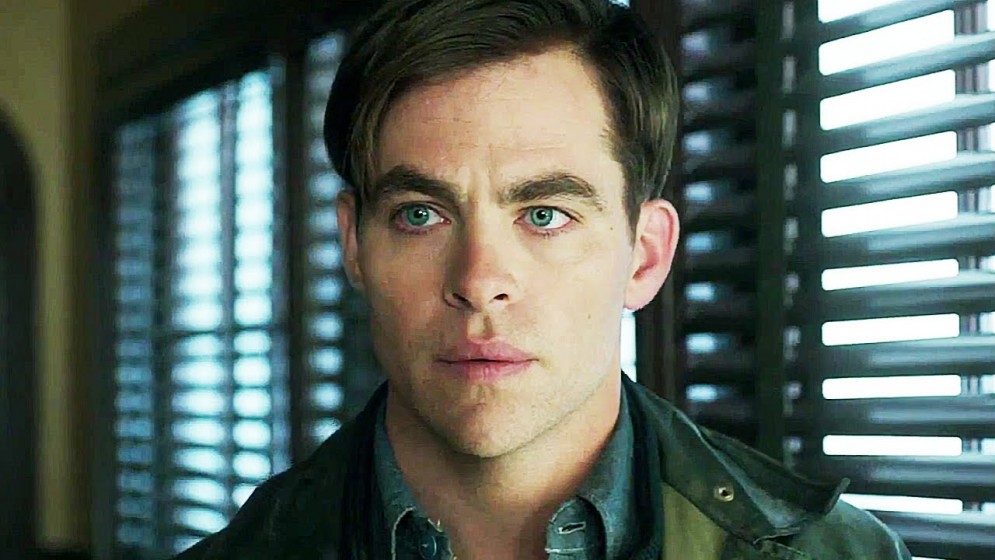 Directed by Craig Gillespie | Written by Scott Silver, Paul Tamasy, and Eric Johnson, based on a book by Casey Sherman and Michael J. Tougias | 117 min | ▲△△△△ 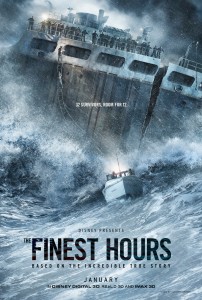 We’ve seen a lot of movies set in the early 1950s lately—the earnest, lush romance Brooklyn, the austere indie Carol. Now we have a movie that doesn’t just want to be set in 1952, with its every scene wishes we were all still back there. Based on a true story of an American Coast Guard rescue effort off the wintry Massachusetts coast, it’s the most conservative, hokey effort I’ve seen in many a moon.

The stakes are established early and awkwardly: Bernie Webber (Chris Pine, channelling Matt Damon’s Southie accent and mannerisms) and Miriam (Holliday Grainger) are a fetching young couple headed for the altar, but he’s a man with a manly job. When a storm comes up, his boss Cluff (Eric Bana, who should know better) at the Coast Guard sends him and a crew (including Ben Foster, another actor better than this material) out to look for a stricken oil tanker, even though Webber has a rep for some barely articulated past failure.

Cue staticky reports over the shortwave, a lot of cottage-cheese snow, and some deeply flawed CGI out on the waves, with the four men on the boat, so obviously studio-lit with buckets of water thrown in their faces as we suffer along through pointless 3D.

The crew of the tanker is marginally more interesting, all guys (natch’) trying to stay alive on their badly damaged vessel. Though character actors Graham McTavish, John Ortiz, and Abraham Benrubi have just enough juice to establish themselves, Casey Affleck, as the unloved engineer who knows how the ship works, feels like he’s walked in from an entirely different picture, one that allows for nuance. 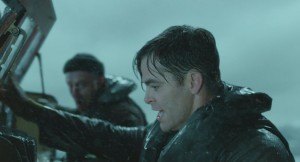 The film has one genuinely thrilling sequence, where a rescue boat bobs up and down like a rubber duck on mountainous waves alongside the tanker, crewmen  flailing into the sea. That’s the moment where we feel like we’re really out there in the dark and cold.