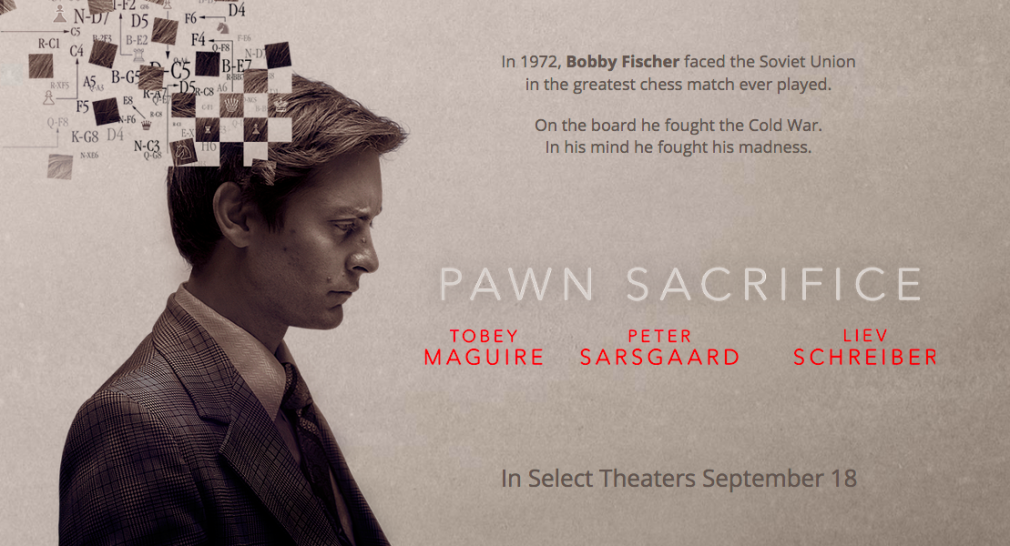 Despite myself, the question I always ask when I see a conventional biopic like this one: Would this material be more affecting as a documentary or as this feature? In this case I don’t have to wonder. In 2011, Liz Garbus directed a terrific documentary about the American chess master called Bobby Fischer Against The World, which, like Pawn Sacrifice, illuminates Fischer’s challenge of Boris Spassky for chess supremacy at the 1972 Championships in Iceland.

I give the doc a distinct advantage, especially since it covers more ground, providing a lot more detail on the second half of Fischer’s life and his retreat from the public sphere. But Zwick’s feature provides more insight into the man’s self-sabotaging mental health issues. 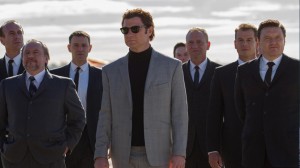 That’s not to say Spassky was a pushover, and Liev Schreiber (speaking Russian throughout) delivers a special kind of grumbling resignation as the grandmaster, with Peter Sarsgaard and Michael Stuhlbarg providing solid in support as Fischer’s mentor and handler, respectively.  An enveloping production design and  some deftly incorporated stock footage helps define the era, though it would have been illuminating if Pawn Sacrifice  had more to say, and more to show, of the actual game of chess. 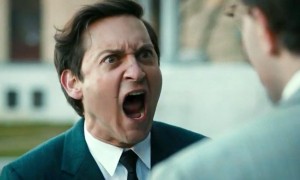 For the most part, this Tobey Maguire’s movie. The most prominent lead from the actor in years, he ratchets up his wide-eyed intensity, generating potent waves of petulant and paranoid rage. Zwick almost spoils things when he reduces the finale to jingoist flag-waving and sports-movie cliche, but not quite. This is still a tragedy of a man who, while being a cold war political pawn, was his own worst enemy.