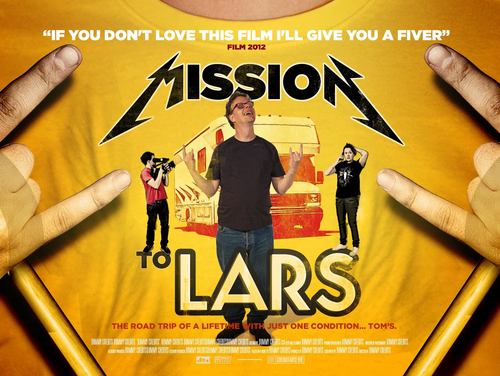 Tom Spicer is a huge Metallica fan, and particularly fond of drummer, Lars Ulrich. Tom suffers from a malady known as Fragile X syndrome, which, though not as well known as Autism or Downs Syndrome, manifests with some of the same symptoms of cognitive impairment. Despite this, Tom’s sister, Kate, a journalist, and filmmaker brother Will, try and make Tom’s dream come true: Meet Lars.

The documentary plays as part family road movie—the siblings head to California to see three Metallica shows—and part character study of Tom, as Kate and Will spend more time with him in one chunk than they may have in their adult lives. Speaking to a Fragile X expert in the US, they also learn a lot about the way Tom sees the world through the prism of his condition. I’m not entirely convinced the cinema is where this scrappy documentary is best viewed. While heartfelt, it’s slight. But, without giving too much away, watching someone’s dream come true as they overcome baked-in fear and anxiety is where it’s most affecting. And certainly there’s stuff here for Metallica fans in general, or anyone whose ambition it is to get chummy with a rock god.

Mission To Lars opens in Halifax on Friday, October 2