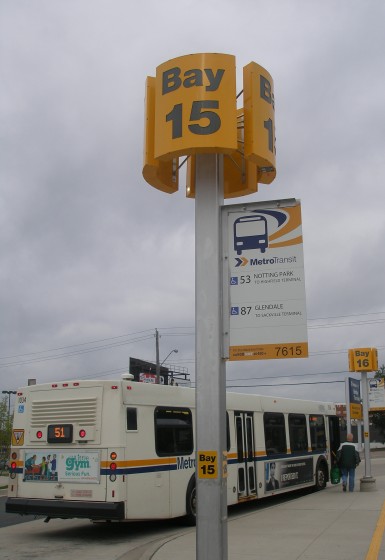 Halifax Transit unveiled their long awaited draft network on February 17th. Transit geeks – myself included – quickly jumped on the proposal as not bold enough: here;  here; and here.  Now that I’ve had a week or two to think about the proposal, my criticisms still stand.

This draft network  is an improvement over what we have now, and a first step towards higher quality transit where the most people will use it. The centerpiece of Halifax Transit’s new proposal is ten corridor routes. They are regional routes that run along main streets, connecting many neighbourhoods to important destinations, like downtowns, hospitals, universities and Burnside Industrial Park. The plan currently devotes 50% of resources to these corridors. Over 175,000 people live within 500 metres of a corridor, which is almost 60% of Halifax’s urban population.

In general, the corridor routes are straighter than the routes they are replacing, and therefore faster. There are fewer overlapping routes, which frees up service. With some modest improvements and more service, the corridors could be the backbone of a strong transit network letting people easily reach many key destinations.

The corridors are tweaks or re-mixes of busy routes in the current system, such as the 2,10, 20 and 80. Because the new network is (partially) built on existing routes, many have automatically written it off as a failure. Building the new system on pieces of existing routes is not the problem: there are only so many major roads to chose from. I’ve scribbled and puzzled out different options, and the city’s layout means the same streets usually pop up as major corridors: Robie Street; Woodland Avenue; Gottingen Street;  Portland Street; Herring Cove Road; Bedford Highway; etc. These are all major regional corridors that connect lots of people to important destinations.

Are the proposed Halifax Transit corridors perfect: no. In short, the corridor routes need more resources. As proposed, the corridors would serve almost 60% of the urban population, but would get only 50% of resources. The routes being replaced already serve over 60% of all riders. Providing more service — per rider or per capita — on the busiest corridors is fully in line with a focus on high quality, high ridership service.

This draft is a step towards high quality transit service where it will be most used, but some of the bad habits persist: too many peak hour routes; too much overlap; and too little focus on all-day service. Trying to give everyone their own peak-hour route to Downtown Halifax inevitably results in poorer quality service for most riders. The trade-off is less high-quality service on key corridors, the routes that the majority of riders depend on.

If you believe that Halifax must focus more transit resources where the most people will use them, please speak up and tell Halifax Transit and Council that major corridors need more service. Please take Halifax Transit’s survey. Please consider emailing your Councillor and telling them how important it is to put resources on the busiest transit corridors.

Please take this opportunity to voice your support for focusing on high quality transit corridors.