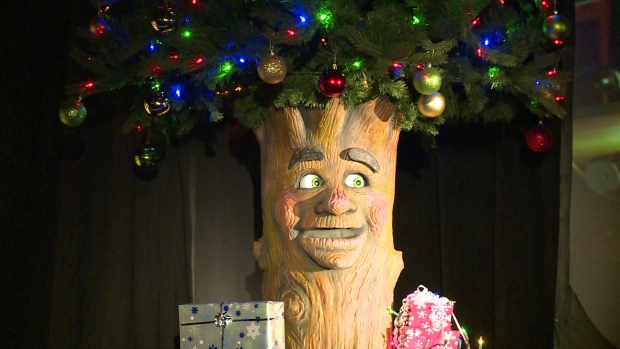 I bet everyone has now heard about, raged about, laughed about, wondered about or simply been dumbfounded about Halifax Councillor Brad John’s decision to purchase a $25,000 robotic Christmas Tree using his discretionary Council funding. He has now won a national award from the Canadian Taxpayers Association for wasteful spending.

In defense of the purchase, Johns suggested it would help raise money for the food bank. This is a worthy goal, but it’s easy to question the effectiveness of his particular strategy. Johns also suggested that this Christmas Tree would help Sackville get noticed.

“There’s many communities around the province … that become synonymous with something that they do. Spryfield’s got the Santa Claus Parade. You think of Windsor, you think of the pumpkin people. I thought, ‘What better than to revive the concept of a talking tree?’ ”

Reviving the concept of a talking tree – you can’t make this stuff up. For those not familiar with Woody (the giant talking Christmas Tree who camped out around the Holidays at MicMac Mall during the 80s and 90s), that’s the inspiration for John’s purchase.

So, what better than to revive the concept of a talking tree? [A talking tree in Sackville, despite the ‘original’ being a Dartmouth celebrity] I would suggest trying to build genuine places – placemaking. Instead of gimmicks and consumer goods,  we should be working on making year round places that people love. Placemaking is all about working with communities to build great public spaces and community identity.  Unlike talking trees, it takes years and decades to make a good place. You can’t just call up a placemaker and order a nice, unique place. As long as we think a quick project or two can create a good place, we’ll keep making mistakes and ending up with ho-hum places, or even places that really don’t work. This particular attempt at ‘placemaking’ is one of the sillier mistakes, but the thinking that one big thing will make a place stand out is all too common.