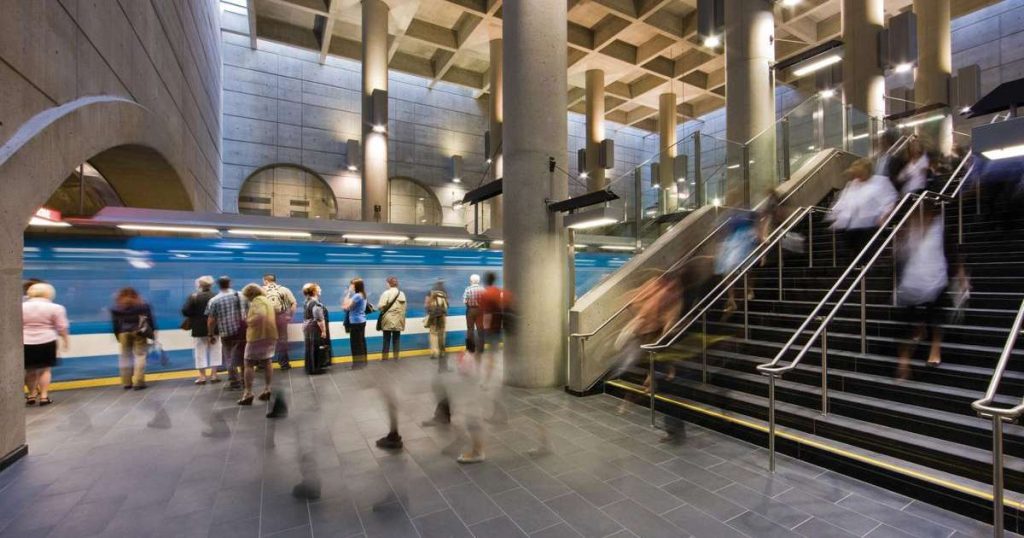 Valérie Plante, Mayor of Montreal, got elected promising to get Montrealers moving. Her signature campaign promise is to deliver a new Metro line: the Pink Line, with 29 stations over 29 km. I love this idea, for so many reasons. 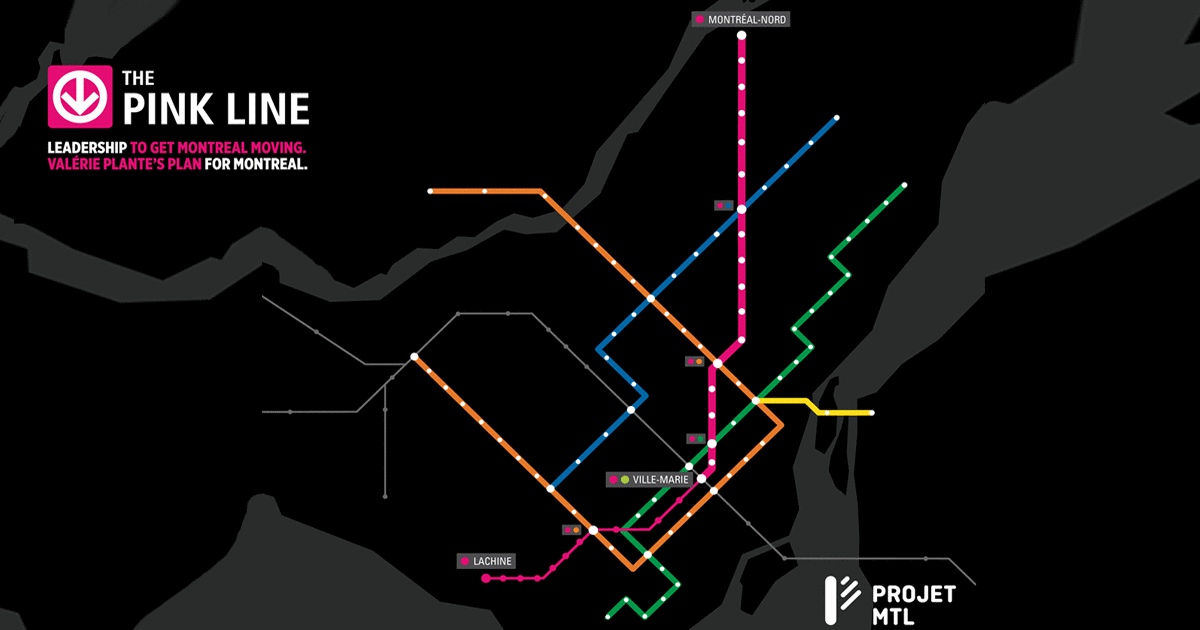 It`s bold but not outrageous. Montreal already has a well-used metro network, and has the density to support additional subway lines. The Pink Line connects dense neighbourhoods, which lack subway access, to Downtown Montreal. It fills in a major gap in the network, and would relieve pressure on the eastern leg of the Orange Line, which is quite crowded. The Pink Line would connect to the existing Green and Orange Lines, and the extended Blue Line. The Pink Line would reach lots of potential riders, and get them to important destinations.

The new provincial government is lukewarm (at best) to the idea. Their priorities are more suburban, and it`s understandable that they are not yet sold on a very expensive project. But Plante was not elected to wait for the province. She was elected to get Montreal moving, specifically by building the Pink Line. She just announced the City of Montreal is creating an office to study the Pink Line. The regional transit agency (ARTM) has been doing preliminary technical work since July, and their findings will inform the City’s work. Additionally, an advisory panel of experts has been struck. This is good news for a worthy project.

Will the Pink Line get built? We shall see. Canadian cities generally don`t have the money to build massive projects without help from the federal and provincial governments. But I`m impressed that Plante is taking responsibility for her signature promise, and making it a City priority. The Pink Line will not get built by hoping the province changes direction. Studying the Pink Line won’t undermine other initiatives, like the funded Blue Line extension and the under construction RER network. Plante has provided a compelling vision, and started the hard work of trying to make the Pink Line happen. She`s moving forward to address the City`s needs, while offering the provincial politicians and regional experts a seat at the table. She`s being confident and assertive, but not confrontational.

The only thing more impressive than Plante kicking off the project? Her openness to different options. From CBC news: “Plante said her administration would decide whether it should take the form of an underground subway or some other mode of transit, based on the ARTM’s findings.” If underground is too expensive, Plante’s administration is open to other options. If subway is not the right technology, the project can evolve. This is the right way to make big transit decisions – identify a need, suggest a serious solution, and than find the right tool to make things happen. Many cities could learn from this approach.

Getting the Pink Line built will take a lot of political skill. And of course money, lots of money. Plante doesn’t yet have the money, but I think she has the political skill.