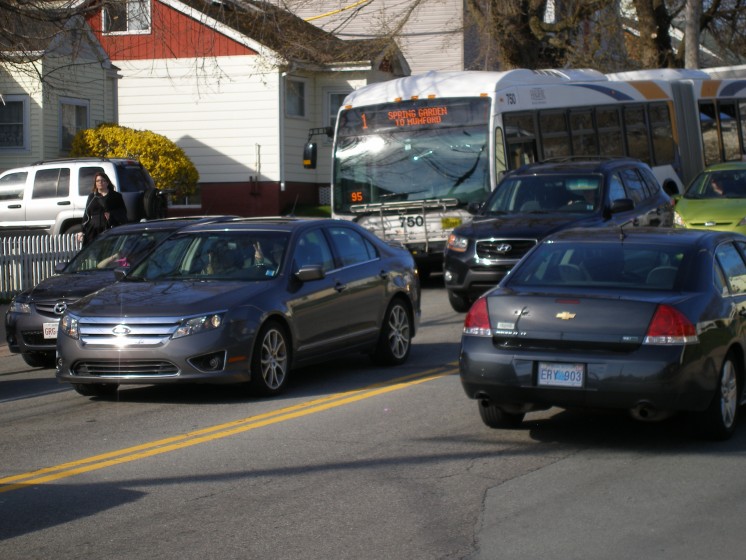 Halifax Transit has been reworking their bus network, behind the scenes, since January 2014. Their draft network will be released any day, and 10 weeks of engagement will follow. The network will be based upon four principles: 1) direct more resources to high ridership service; 2) build a simplified, transfer-based system; 3) invest in service quality and reliability; and 4) give transit more priority in the road network. These four principles came out of public meetings held in August 2014. Public support for a transfer-based network was particularly strong.

I strongly support these principles. As a transit advocate, I feel that Halifax Transit has an opportunity to deliver a new philosophy that will transform how people think of transit in Halifax. Halifax Transit’s guiding principles should result in a network providing much better service, especially in denser areas with high transit demand. In short, we should see a focus on higher quality transit, instead of just a higher quantity of transit.

I still believe in the original principles. If implemented, they would provide many more residents with quality transit. More people would chose quality transit, reducing car traffic and emissions, while increasing fare revenue. It’s More than Buses, the advocacy group I’m part of, has defined quality transit as fast, frequent and reliable. The appeal of fast service is pretty easy to grasp – people can reach more destinations, quicker. Reliability is also intuitive, as people aren’t happy taking transit if they often arrive late for work or miss appointments.

Frequent service is also important. If you regularly wait for the bus, you understand why. Real travel times include time waiting for the bus. If you don’t take the bus, imagine a gate across your driveway that only opens every half hour: your car has become dramatically less useful. Low frequency makes it hard to travel on your own schedule. It makes transit less flexible and appealing. High frequencies – a bus every ten or fifteen minutes – makes it easier to travel on your schedule. High frequencies also make transferring simple. When buses run regularly, riders can switch lines easily since another bus will arrive shortly.

The convenience of frequent service makes frequent service popular. Frequent service results in higher ridership. Route 1 (Spring Garden) and Route 7 (Robie/Gottingen) are perfect examples in Halifax. They have long been two of the busiest routes in the system, yet running buses every fifteen minutes or better on these routes still lead to solid gains in ridership.

A new network is an enormous opportunity to provide frequent service to more areas. Frequent service and more transfer opportunities would let riders easily reach more destinations. Crosstown travel would become easier, as would travel outside rush hour. Students and people working in service industries are two groups that would benefit hugely. These people are often travelling to peripheral locations, such as Mic Mac Mall, Bayers Lake, Halifax Shopping Centre, Mount St. Vincent or local community colleges. Indeed, a frequent network in the urban core would benefit travelers from across HRM. Riders could easily change from a local bus to the high frequency network, providing easier access to under-served locations like the Naval Dockyard and Irving Shipyard. Right now, lots of riders have a direct route to Scotia Square, but not too many other options. Frequent service would make key destinations outside downtown easier to reach by bus.

The first step in getting HRM a great transit system is getting a better network, where people have more travel choices and better service. We have a rare chance to make that happen, but the public has to keep the pressure on Halifax Transit to deliver. Eddie Robar, Director of Halifax Transit, has promised that public feedback will decide what type of transit system is finally accepted. Here are some ways to show your support for fast, frequent and reliable transit: