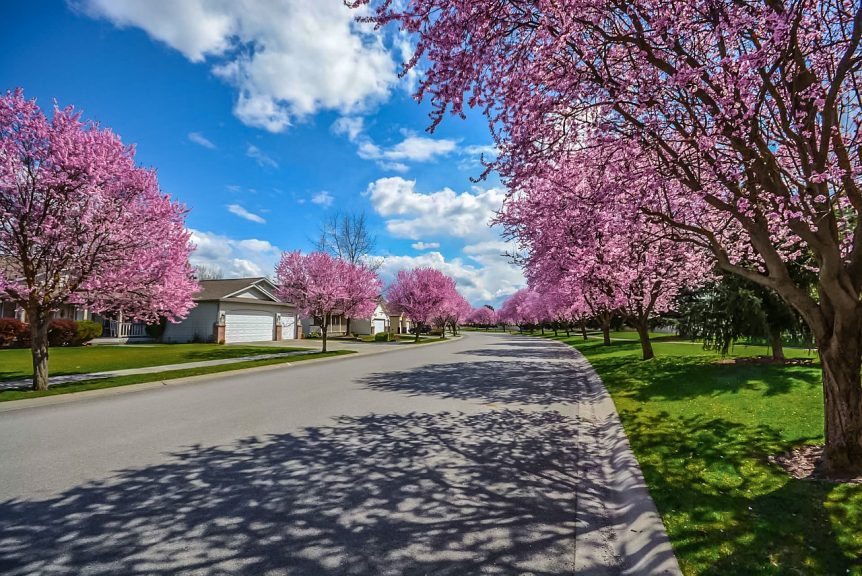 I have to admit, I’m lukewarm on The Suburbs. It’s a good album, but Arcade Fire’s masterpiece is beyond doubt Funeral. It’s a rich, sophisticated album, more adventurous than their other works, a classic.

Wait. This is an urban planning blog, not music criticism. I will try again.

I have to admit, I’m lukewarm on the suburbs. Many planners share this dislike of suburbs, and some planners are hostile and condescending to the suburbs. But, whatever our personal preferences, planning needs to wise up and stop bashing the places where most Canadians live. It’s simplistic, it’s rude, and it’s elitist, not to mention counterproductive.

I grew up in Clayton Park, in a duplex where my parents still live. I had friends on my block, and my elementary school was across the street. We shopped at the strip malls on Lacewood Drive, and during high school I worked at the Clayton Park Sobeys. My friends and I could usually borrow our parent’s cars, so getting to movies, dances or even downtown was no problem. I enjoyed growing up in Clayton Park.

When I started to cool on the suburban model, I don’t know. Clayton Park West started construction around junior high, or a bit earlier. Bayers Lake Industrial Park got underway around the same time. I remember being upset at having great trails buried, places I had mountain biked and skied. A new IMAX theatre opening in Bayers Lake was great, but shortly after they closed the theatre in Bedford, which I preferred. New shops and restaurants spread along Lacewood Drive, but most of the places where I hung out – McDonald’s, KOD, Tim’s and some Chinese takeout joints – were still at the corner of Dunbrack and Lacewood. The pool and the library were also on Dunbrack. We rarely ventured towards Bayers Lake, except for movies. Once I reached Halifax West High School, my world shifted towards Dutch Village Road and sometimes the malls. I grew up and lived in the post-war suburbs, but I rarely spent time in the newest suburban neighbourhoods. There is still a clear distinction in my mind between Clayton Park and Clayton Park West.

Planners rarely look to places like Clayton Park for inspiration. Planners look to big cities like New York, Montreal, Paris and Amsterdam for inspiration. These are interesting, exciting cities. We look to neighbourhoods like Plateau-Montreal, the Back Bay in Boston and Greenwhich Village in New York. These are fantastic places. I would love to live in Plateau-Montreal. Many people would prefer to live in Laval. I love the historic core of Halifax. Many people would choose Armdale, Clayton Park, Portland Estates or Sackville.

And planners judge them for it. We judge how people choose to live. We call their communities sprawl and produce endless plans to fix things. Planners know what’s best for people. We have a hard time admitting our preferences are just that, preferences, not moral virtues. Our vision of what cities should be and what people should want blind us to what most people actually want. People often want something that looks pretty much like our existing suburbs.

Now, I would like a Porsche 911 GT3, but it would come with a hefty price tag and outrageous insurance and maintenance bills. Since I have three kids, it would be impractical to say the least. Best to stick with a Subaru Forester. I like it and it meets my needs. I bet some people look at downtown living the same way: fancy, exciting, but impractical. Some people see downtown living as unpleasant or wasteful. You paid that much for a townhouse! You live there! People choose something they like, something that meets their needs.

This is where dialogue and nuance become critical, instead of derisive put-downs of suburbs. Diverse groups of people have diverse wants and needs. It’s not surprising that our cities have diverse housing options: high-rise condos; apartment buildings big and small; townhouses, duplexes, singles; basement apartments; rooming houses; mobile homes, and even tiny homes. Neighbourhoods are diverse, too. It’s not a simple dichotomy of downtown and suburb. There’s variety. Halifax has old neighbourhoods like Schmidtville, full of small heritage homes on tiny lots. There’s a similar vibe in the North End near the Halifax Commons. Downtown Dartmouth and its surroundings have a wealth of variety. There’s the Hydrostone. There are streetcar suburbs off Quinpool Road and Oxford Street, and early automobile suburbs like Westmount. There are older villages like Armdale, Rockingham and Bedford that the city has swallowed up. And then there are the suburbs built after World War II: Clayton Park, Colby Village, Westphal, Wedgewood, Sacvkille, et al. Too often, planning buries this diversity under simple dichotomies, like downtown versus suburb.

Back to the Porsche analogy. It’s out of my price range (obviously). Driving that Porsche might make me feel cool (at least for a short time), but it would burn too much gas and its exhaust howl would infuriate my neighbours. Owning a Porsche would bankrupt my family and annoy others. What we want and what we can afford are often different. What we want may be good for us, but harmful to others. This is true in city building.

Consider the critique of building too many suburbs, and spreading our neighbourhoods too thin, made by Chuck Marohn at Strong Towns. More people get the type of housing they like, but cities spread outwards. We use more and more resources for each expansion, often to serve fewer and fewer homes. Lots of towns and cities have so much pipe in the ground and so many roads to maintain that they are on the way to bankruptcy. The wealth necessary to maintain vital services is spread so thin that no tax hike or financing scheme can possibly pay the bills to maintain basic services, let alone improve or expand them. Albert Einstein once said that compound interest is the most powerful force in the universe. Too many cities and towns are borrowing huge sums of money, compounding their debt year in year out, trying to keep the lights on. Compound interest is powerful, but it’s terrifying when paired with deteriorating roads, sidewalks and pipes. The fiscal pressure is relentless and intensifies with each year and with each loan. Planning is quick to criticize this suburban fiscal problem, but too often veers towards culture war. It’s possible to critique suburban financial problems without slagging the people who live there; Chuck Marohn does it effectively.

Consider the problems caused by too much downtown development, done too fast: rising prices, displacement, homelessness, inadequate infrastructure, even empty storefronts. The price of homes in Vancouver and Toronto are outrageous, they make no sense. We have revitalized these downtowns, but at what cost? Runaway prices are caused by myriad factors, many beyond the control of planners. But planning sets rules that impact the property market – there is no way planning isn’t a factor in housing prices. The profession hasn’t come to terms with our role in displacement and insane prices, partly because we maintain a simplistic dichotomy of good downtowns and bad suburbs.

There are many challenges with suburban living, just as there are many challenges with downtown or inner-city living. Planning’s job is to help citizens and leaders identify the issues, understand the issues and respond to the issues. Sometimes that will mean delivering hard truths. Sometimes planning will fail, and sometimes decision makers will err. Sometimes the problems will be so big and so complex that we’ll have to experiment, muddling our way through. Success is more likely when residents, leaders and planners trust each other, but building trust with suburban residents is tough when planning takes such a judgmental stance.