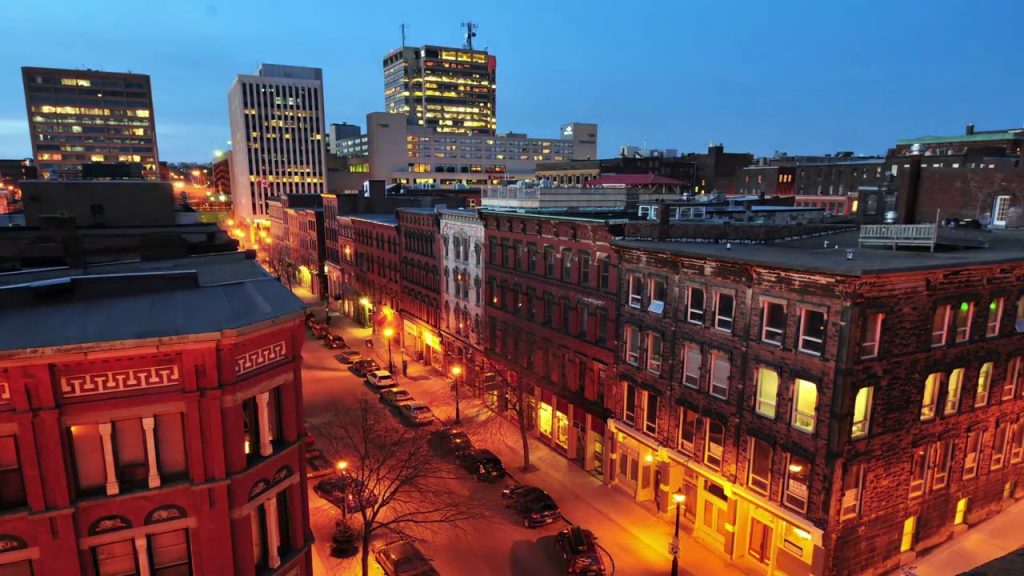 When you think of urban density, what do you picture? Hong Kong, Manhattan, and Sao Paulo pack in high-rises to create extreme population densities. Older European cities like Paris, Barcelona and Athens create high densities with mostly mid-rise buildings. Informal settlements in global mega cities can squeeze hundreds of thousands of people into each kilometer, in mostly low-rise buildings.

Density is usually measured as the number of people (or jobs, or activity) in an area. Density is different than building form and building height, although density and building form are closely related. Density is one of the defining ingredients of a city. You can have great places without density, but you can’t have great cities without density. Urban density concentrates people near each other and near opportunity. Density allows people access to opportunity – jobs, schooling, entertainment, customers, mates.

So what is a good density for cities? It depends on your values and your goals.

If using less land is a goal, density is critical. High density development, by definition, uses little land per person. So high density settlements have small footprints, which conserves natural areas. If your goal is protecting streams and special habitat, density is for you.

Note that I said usually. Consider the development below, on the edge of Saint John, New Brunswick. These are one acre lots, each with their own well and septic system. You could probably pick the edge of any temperate, treed city in North America and find aerial pictures that look similar. This is ex-urban development. It is dense enough to preclude a rural, resource-based economy, but it is not dense enough to function as a city, or even as a suburb. These areas rely on a nearby city for most jobs and services. 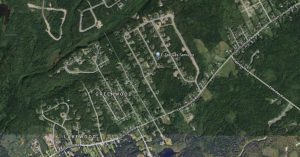 With wells and septic systems, there is no need for central sewer and water services, saving a lot of expensive public infrastructure. If lot sizes were only half an acre, the lots would be too small for septic systems. The density would double, but the demand for services would expand dramatically. Sewer and water lines, along with pumping stations and reservoirs, would be needed. The cost of infrastructure would expand faster than the number of households. Infrastructure needs often change dramatically when certain density thresholds are passed.

Outside of a few straightforward questions around basic infrastructure, the thresholds between different levels of density and different outcomes are only partially understood. Take transit. Transit ridership rises with density. Let’s consider a critical question: “how much residential density is needed to support bus service?” There are different answers from different sources, but the numbers I’ve seen suggest somewhere between 7 to 12 residential units per acre. That’s quite a range. From a city building perspective, that’s the difference between post-war suburbs (Rockingham and older parts of Clayton Park) and old streetcar suburbs (the west end of the Peninsula).

A critical, seemingly simple question about the effects of density becomes pretty complicated. There are reasons beyond density that influence transit ridership, especially the quality of transit service. The cost and availability of parking is a factor, as is the layout of the city. There are factors well beyond city building at play, too. The cost of gas and vehicle registration affect whether people own cars, and whether they use transit. So do incomes. Cultural values also play a role. People raised in cities might be  comfortable with transit, but newer residents may be wary of trying the bus.

But if you reconsider the question, it’s clear that our goals need to be clearly understood. “How much residential density is needed to support bus service?” By support, we usually mean supporting a financially viable service. But transit never makes money, so how much support? It’s feasible to run bus service nearly anywhere with roads. If we had millions of dollars to burn, we could run frequent transit routes around the Cabot Trail, or all the way from Halifax to Kejimkujik National Park. But in North America we usually run service only in places with suburban or urban densities, instead of places with lots of moose but few people.  We could cover a much larger area, but we don’t. This is a value judgement. Transit consultant Jarrett Walker calls this the coverage-ridership trade-off. Because of the long distances and low density (few riders), big subsidies are needed to service rural areas. We have limited transit resources, so we don’t deploy them in very low density areas.

Density is a basic feature of cities, but the relationships between density and how cities function are complex. First, relationships between density and any single outcome are rarely linear, as our quick consideration of sewer systems shows. Second, cities have few (no?) relationship between only two variables. Consider the relationship between density and the financial viability of transit service. I’ve listed a handful of factors in that relationship – there are likely dozens more. When we consider complex city systems – labour markets, real estate markets, business supply chains, transportation networks, social networks, power grids – we quickly find hundreds of thousands or millions of interactions. We can study these complex networks and understand some underlying patterns, but we can’t always identify clear cause and effect.

City building is the conscious job of shaping and improving these complex networks. A huge amount of city building is done in small steps, by individuals, businesses and community groups working towards their own goals. This side of city building is underappreciated and undernourished. It’s where the wealth and health of a city are primarily built.

But city building also means more formal arrangements, like providing basic services like garbage collection and a sewer system. These services are critical to supporting urban density and a functioning city. Too much density for a sewer system is a dangerous mess, and too little density means wasted capacity. City building also means building liberating and efficient transportation networks. The length of trips and the demand for travel is tightly linked to density. Different levels of density demand different transportation networks. Managing and supporting urban density is clearly a core part of good city building.

There is no one way to create urban density. Paris, Mumbai and Hong Kong all have high urban densities, but drastically different forms. There is no one answer to the question what is a good density for cities? There is no algorithm, no supercomputer, to tell us that the ultimate answer is 42. Only when we ask the right questions will we find the right answers. Asking the right questions doesn’t require reams of data, although facilitating tough conversations is a rare skill. Asking the right questions requires leadership, and a thoughtful community. The  questions are as old as civilization. Who are we? What do we value? What do we want to accomplish? How will we work together?

Cities across the globe are increasingly ruled by professional, highly tuned bureaucracies. Some of these bureaucracies are public – we call them governments. Some of these bureaucracies are private – we call them companies. A third category of charities, social groups and NGOs often mediates between the two groups, or try to solve the problems that government or business cannot or will not solve. Collectively, these organizations provide the goods and services that support our societies. This often requires impressive technical skills. We should value these skills. We should hone these skills, and we should diligently pass them on to the next generation.

But the technical skills – of the engineer, of the teacher, of the trades person, of the designer, of the business owner – are only part of the story. The technical skills must connect with a vision, with a purpose. The technical skills are the science, but linking those skills to a purpose is the art. The science of city-building – imperfect and incomplete as it is – involves understanding how cities function. The science of city-building tries to understand how different patterns of urban density are tied to different outcomes. It tries to perceive how the physical shape of cities relates to the complex networks that nourish cities. The technical skills of city building can guide our decision making and help us carry through our decisions. But on any major urban issue – about density, about transportation, about housing policy, about safety, about economic growth, about investment, about social programs – technical skills must take a back seat to our goals and values. Before calling in the experts, we have to ask the right questions. Who are we? What do we value? What do we want to accomplish? How will we work together?

By definition, a city is dense, a place where many people live closely together. Density brings enormous opportunities, but it also brings challenges. In the early days of the industrial revolution, urban populations grew enormously. Dense, dirty, poorly built slums proliferated among the stinking factories and workshops. Great cities like London, New York and Paris choked on sewage and smoke. Density was quite literally deadly, as the booming cities couldn’t handle the waste they created. At the time, it looked like density and filth might overwhelm and destroy these cities. Reformers, enlightened leaders and smart technicians had to cooperate to manage the challenges. As countries like India, Pakistan, China, Brazil, Egypt, Nigeria and Bangladesh urbanize, their mega-cities are repeating much of this cycle. The city has always brought opportunities and challenges. It takes technical skills to overcome these challenges, no doubt. But putting those technical skills to use requires something different. Building coalitions and tackling problems together takes leadership, not management. Keeping order and maintaining trust in cities requires not technology, but social connections and thoughtful governance.

So, what is a good density for your city?