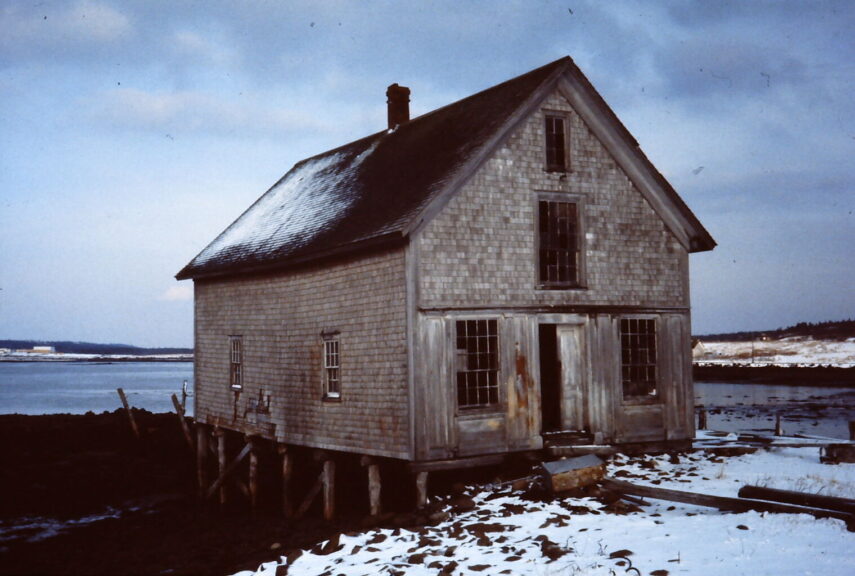 This is the eleventh album selected from my little collection of photos, arranged in more or less chronological order. These slides were taken in the 1970s and early 80s.

I started snapping photos of old shops while I was working on the restoration project at Sherbrooke Village. The images were useful visual references as we restored similar 19th-century commercial structures. My enduring enthusiasm for buildings that present their gable end to the street developed quickly.

The height of joy was reserved for examples like this intact shop front, with a traditional painting scheme, and an original sign. The light was perfect too. 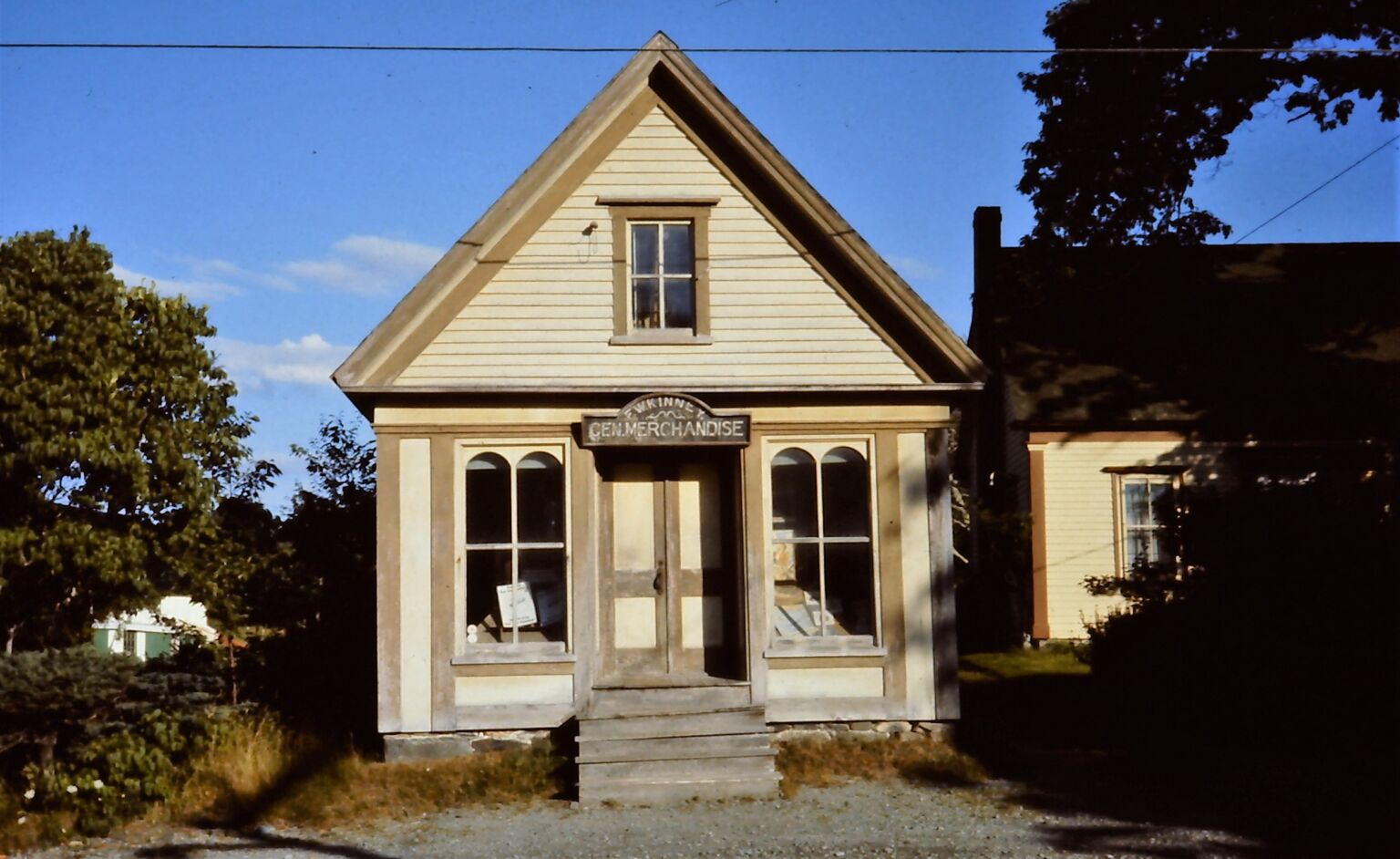 Revel in the similarities and differences in the following one and a half story compositions. Some of the buildings probably date back to the 1860s. 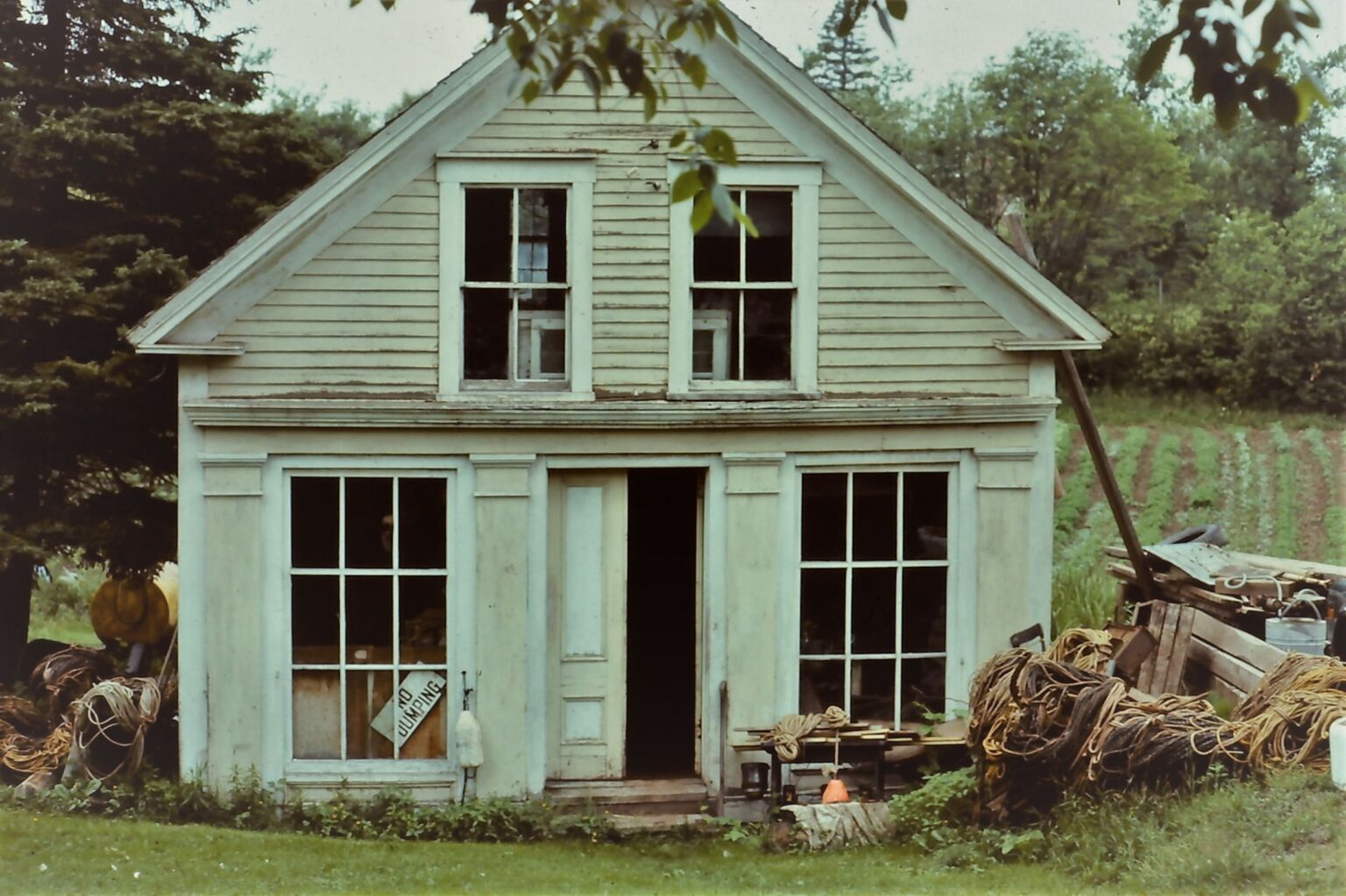 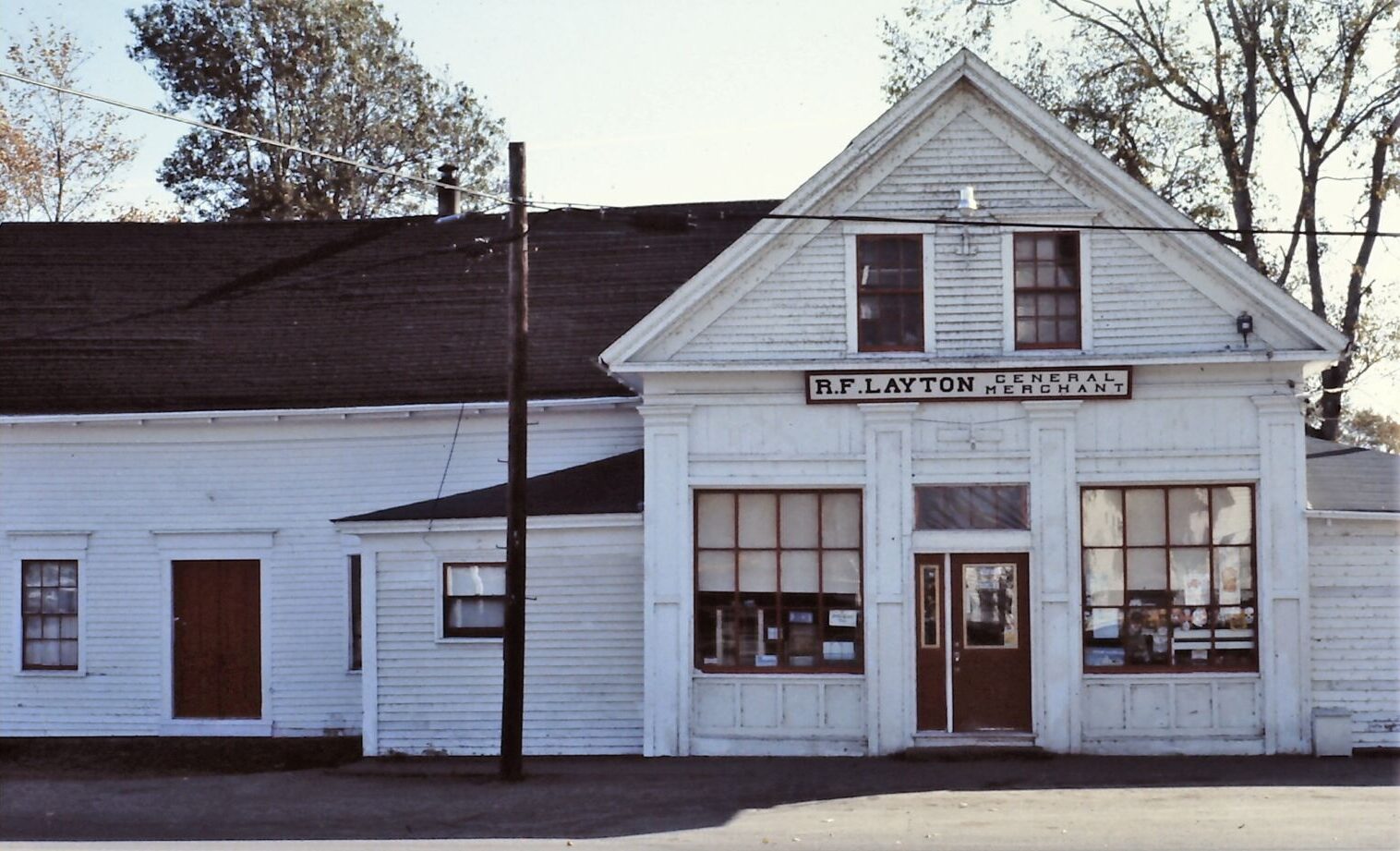 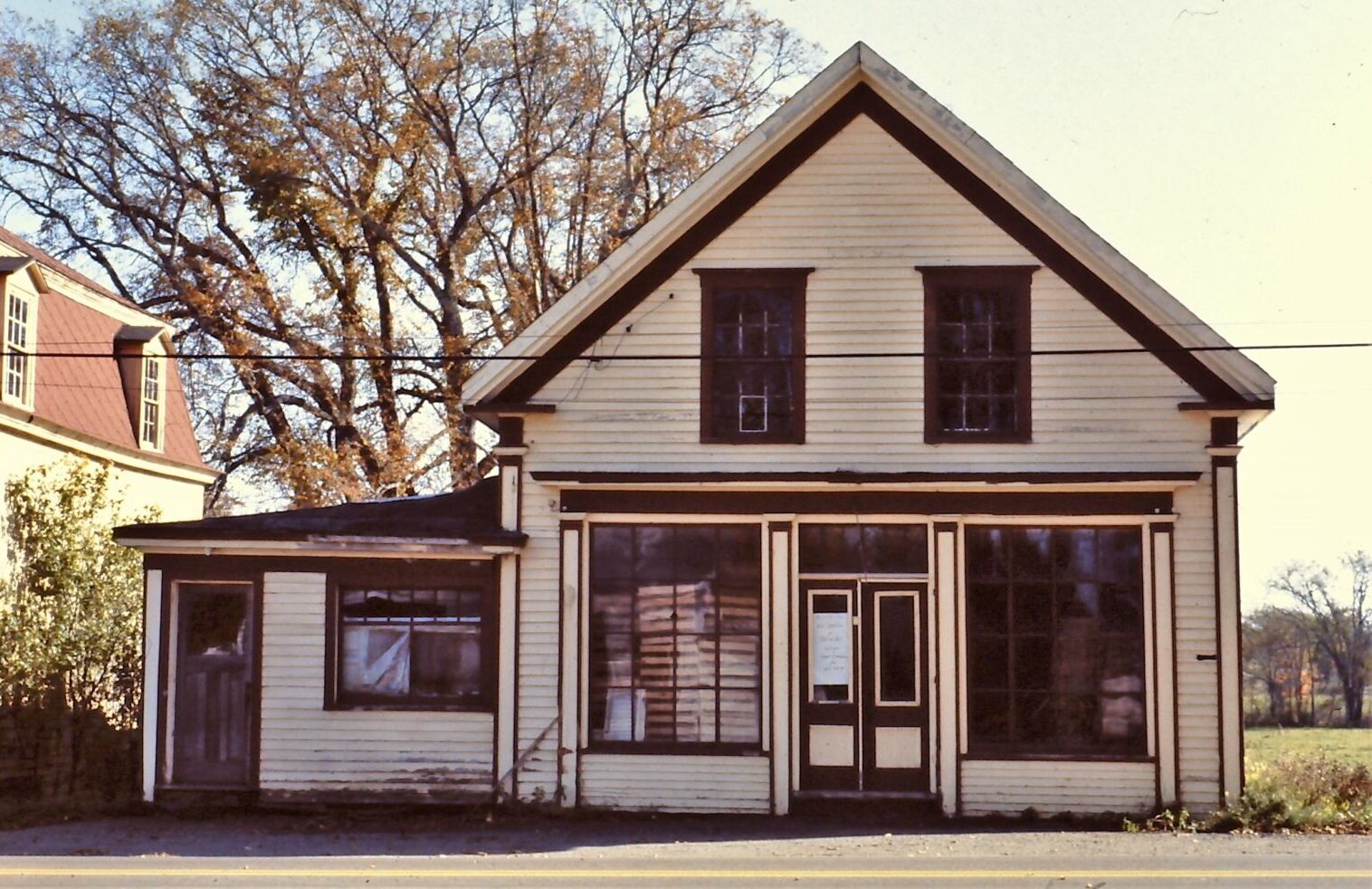 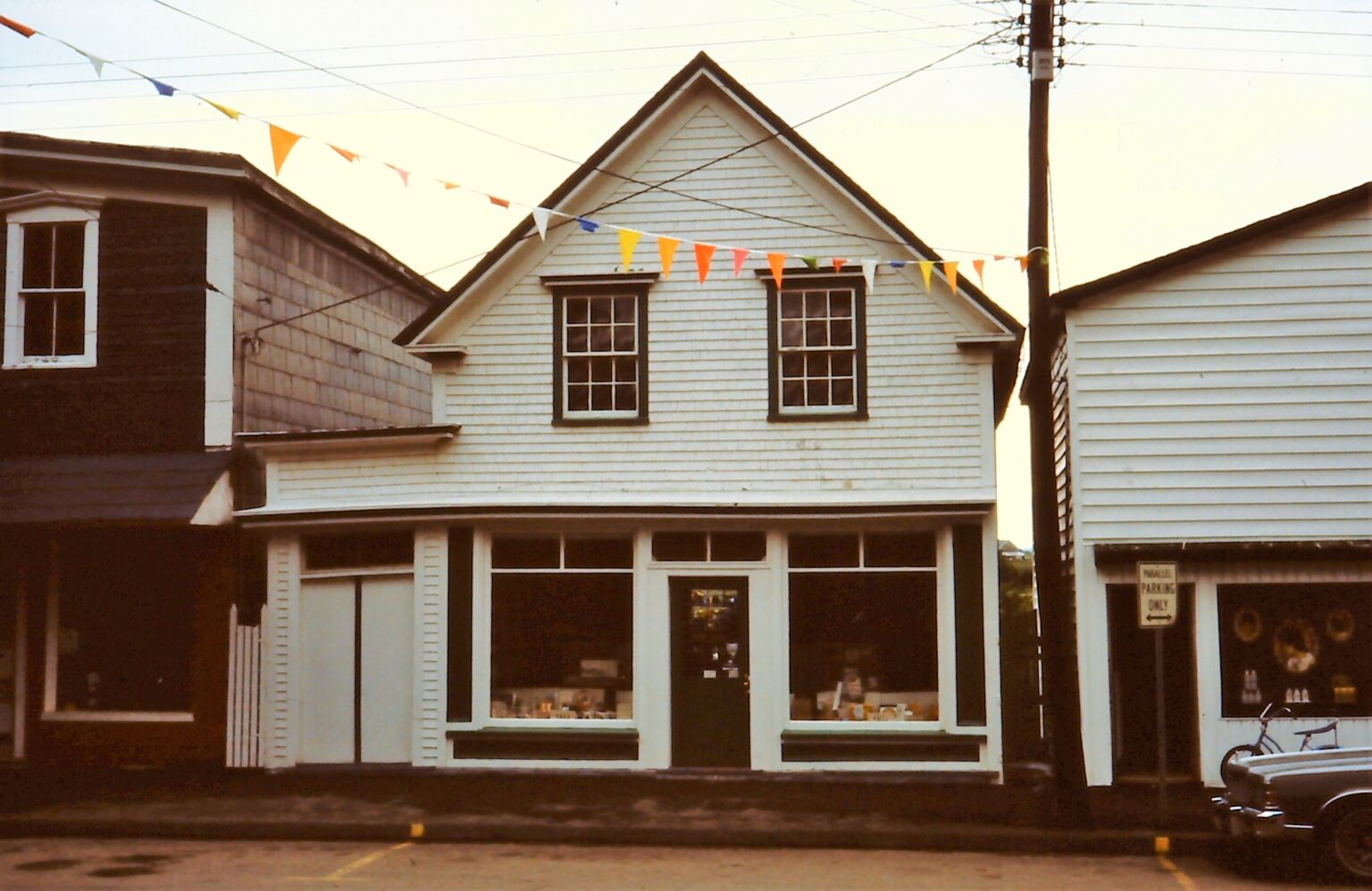 In larger shops a third floor could be an opportunity to include a fancier window up in the gable. 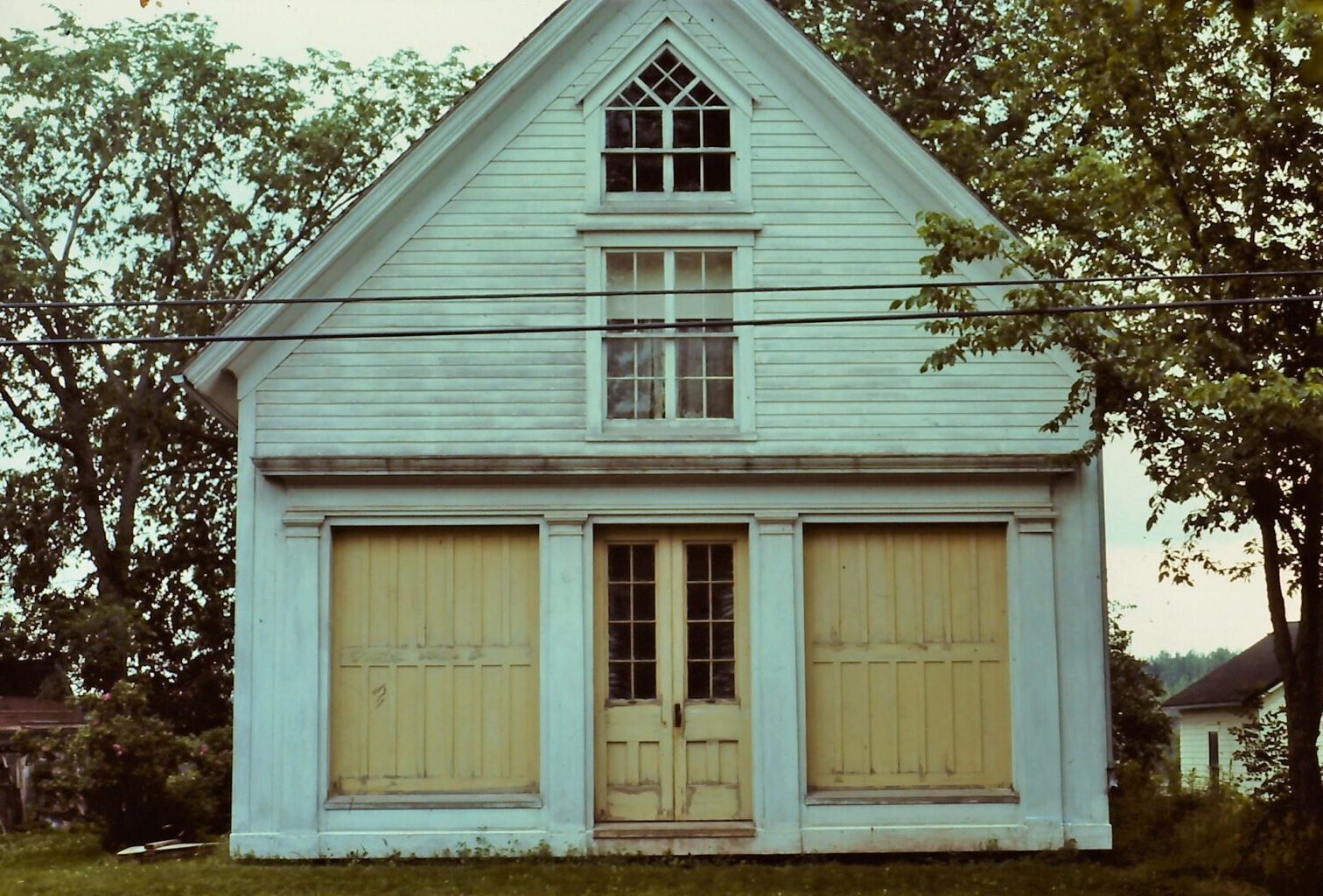 Many of these shops might have originally had shutters for their display windows. River John, photo 1976 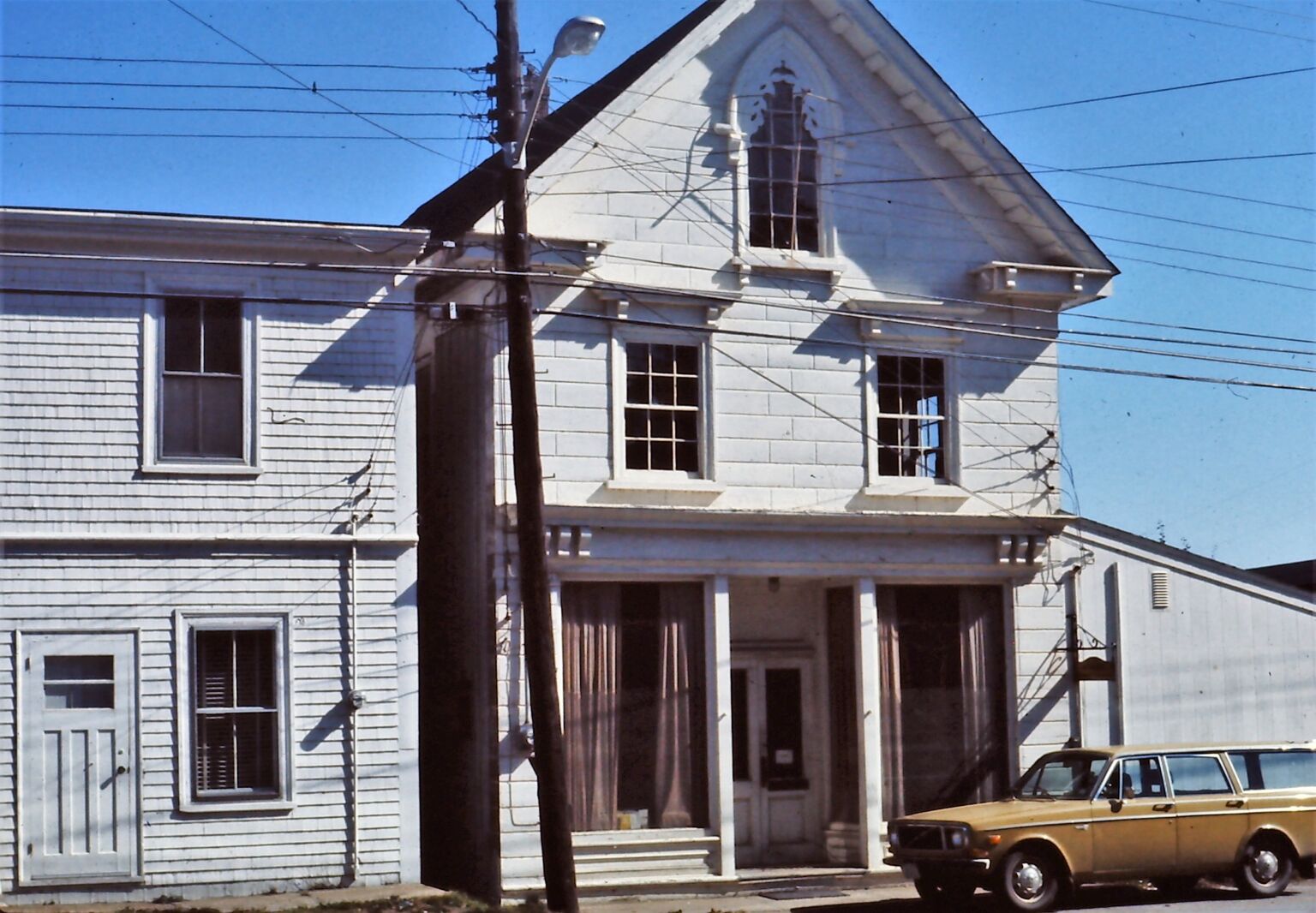 My friend Deb Trask identified this Mahone Bay wonder for me (I had forgotten where it was). She also reported it burned down in 2007. Photo 1977

Brick is such a rarity in the Nova Scotia countryside that this example in Maccan feels like it belongs somewhere else. A community store with a gas pump harkens back to an earlier time. 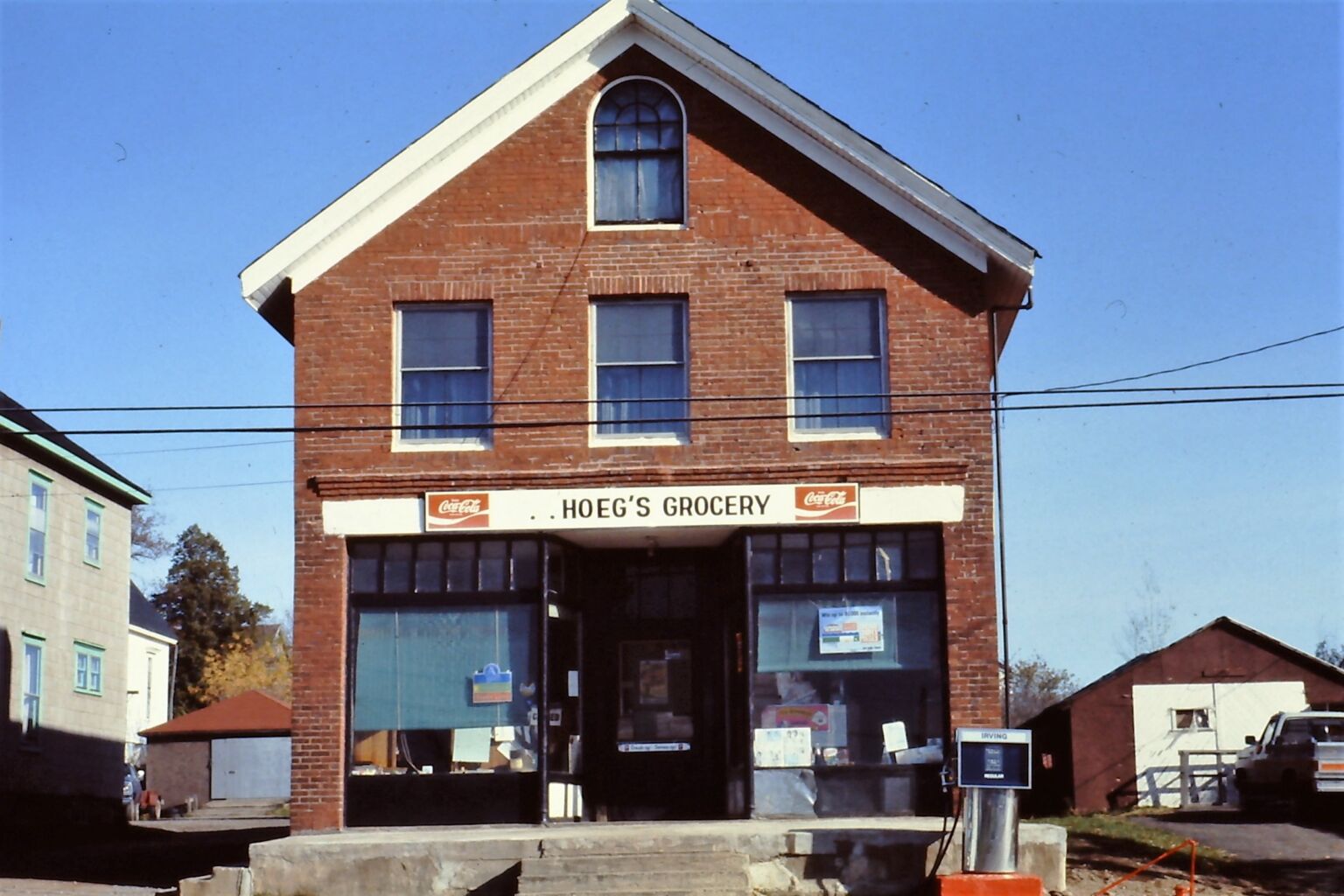 In the header there is another shot of this building looking forlorn on a chilly winter day. It was across the cove from Freeport on Long Island, Digby County. 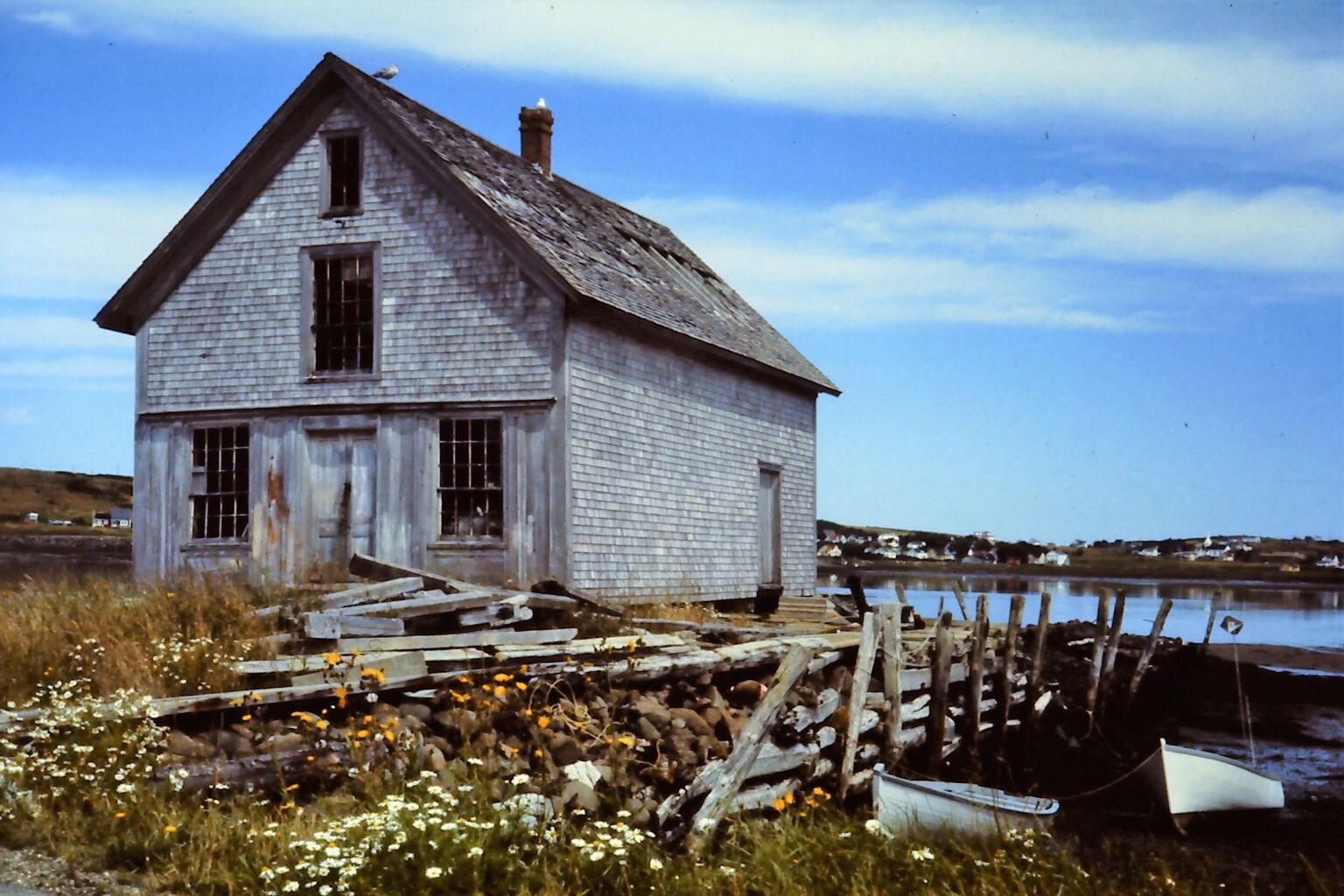 A commercial building at the corner in Caledonia, Queens County retained some lacy bargeboard but was in decline when this photo was taken in 1977. Demolished about ten years ago. 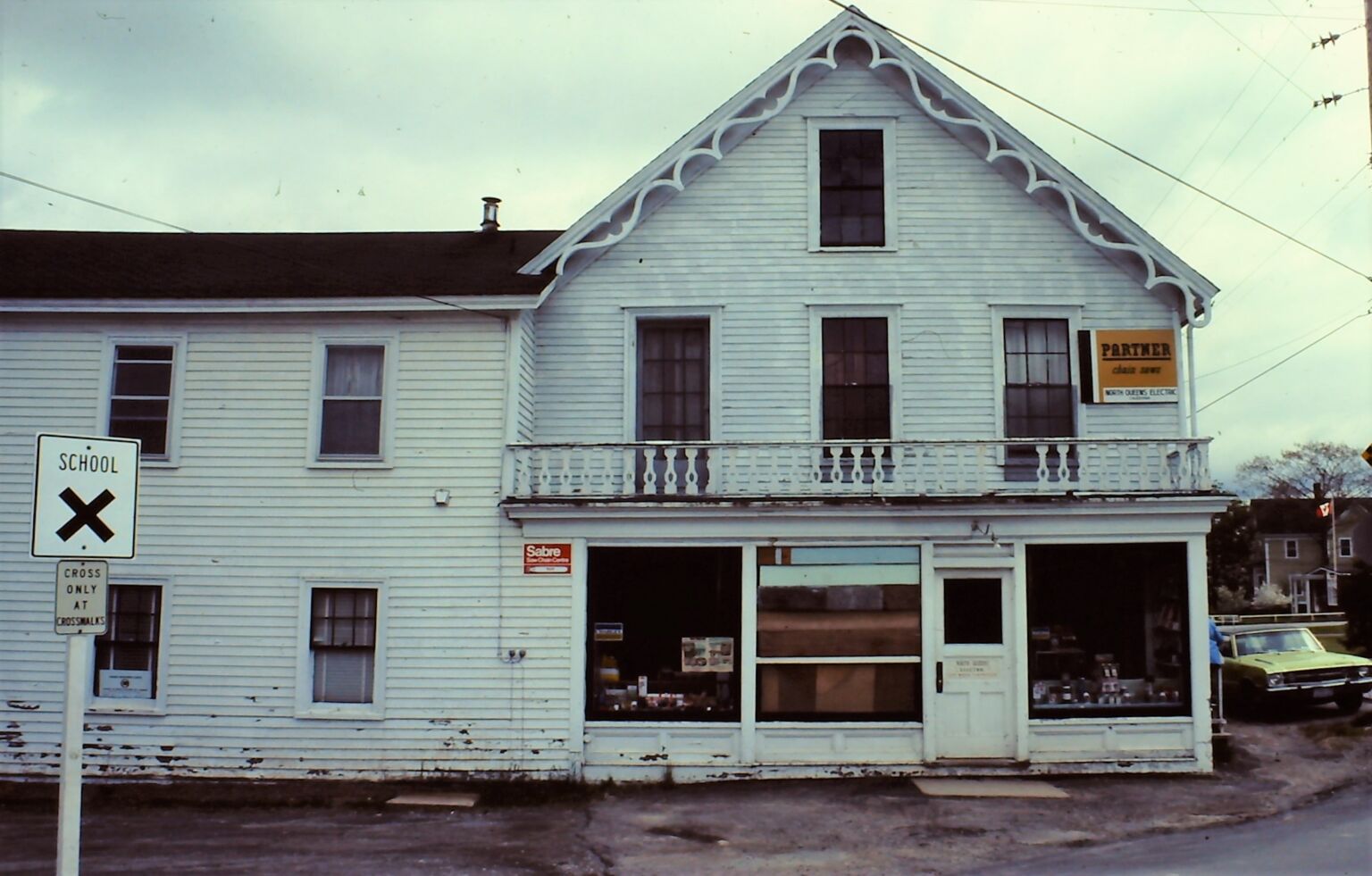 In larger towns a gable end building could get quite large, as seen in Kentville. 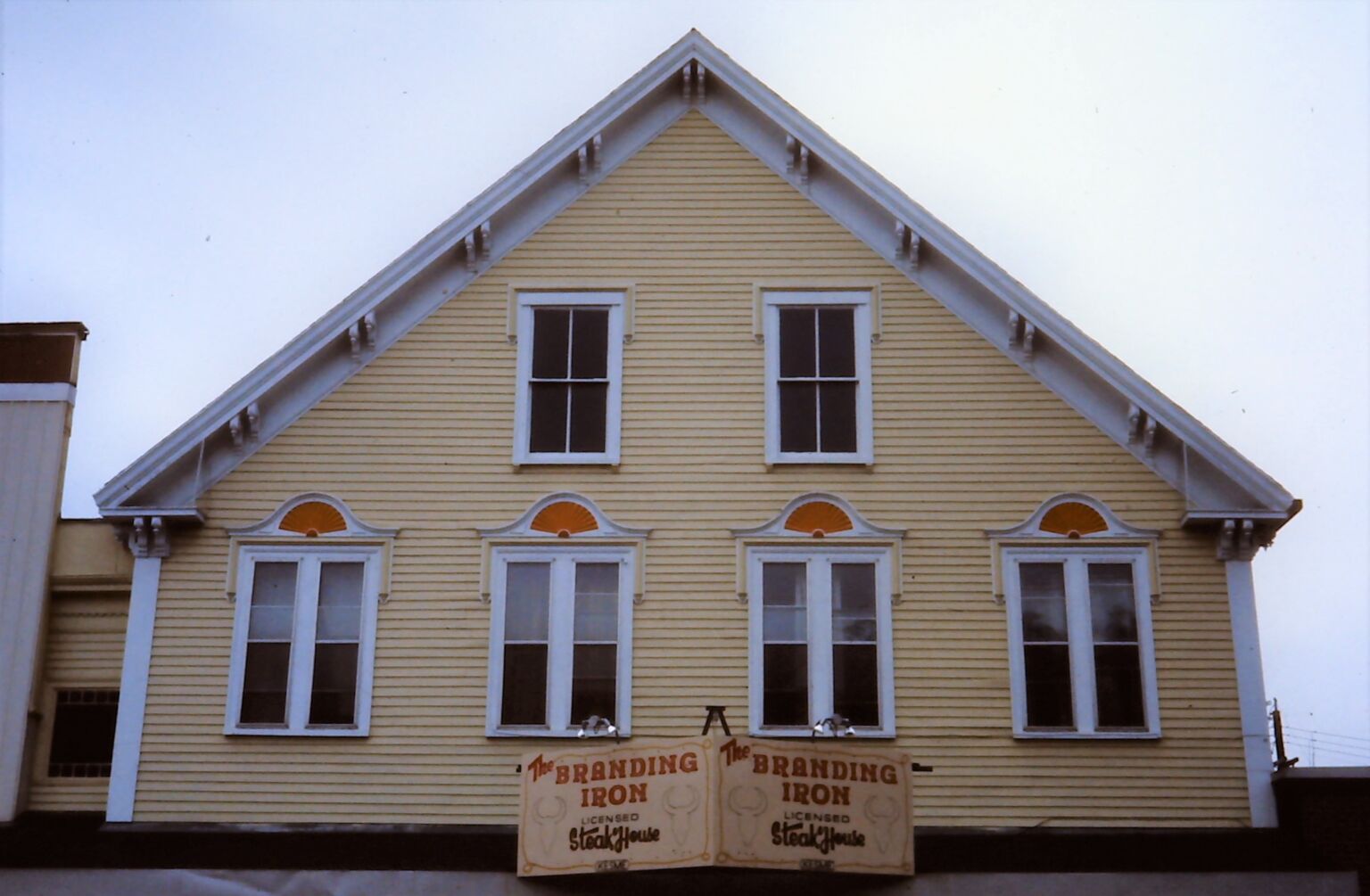 This style of gable-fronted shop fits very comfortably into our landscapes and is well suited to new uses. In 1976 picturesque Bear River still supported this drug store. 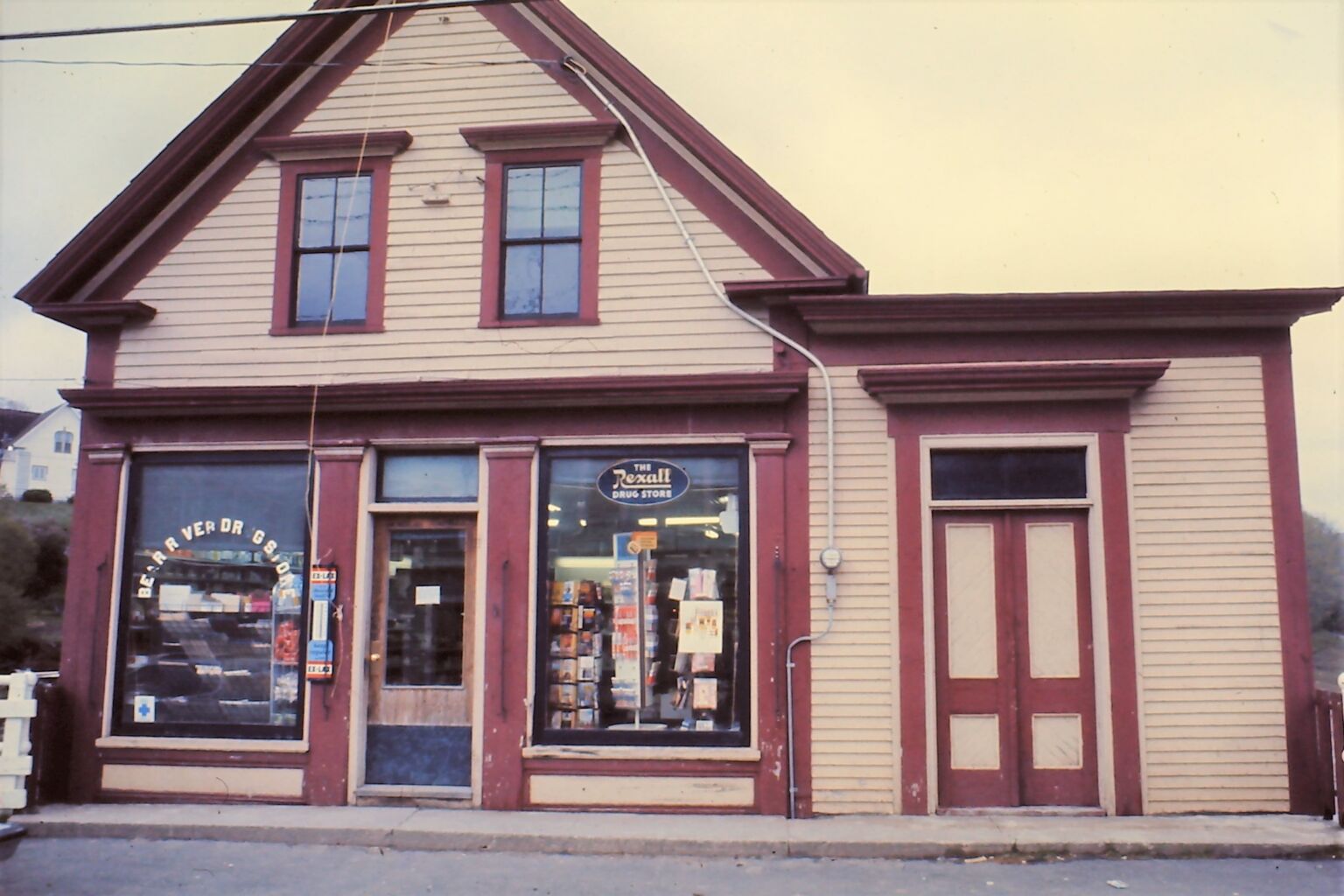 Last summer when we stopped in Bear River our drug of choice were delicious fish tacos served in Tacocat Taqyeria, a contemporary use of that old building. And what an astoundingly beautiful setting. 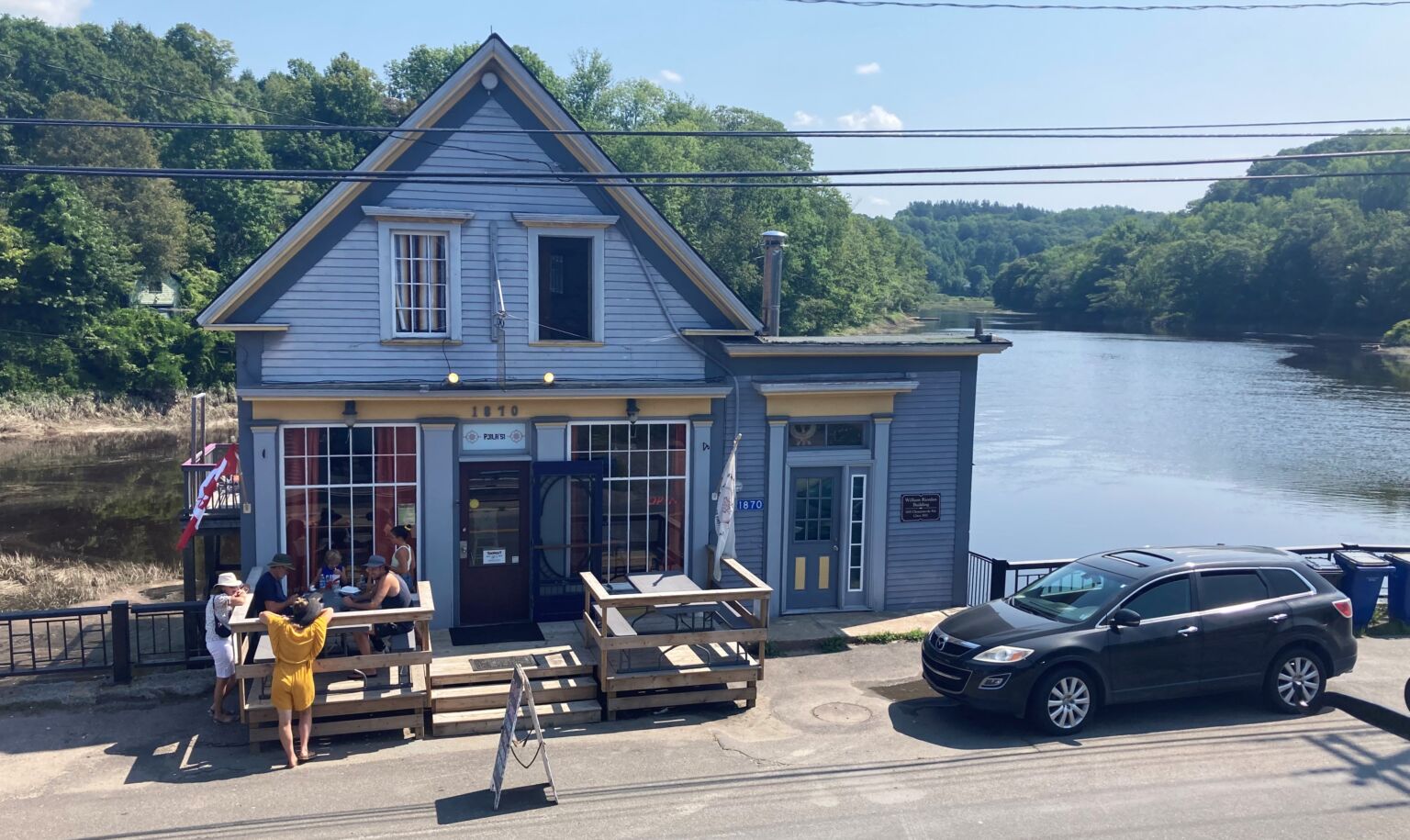 The delightful shop that started this post appears to have been moved and today is clearly loved. Google shows it now attached to a residence with a grand view of St Mary’s Bay.