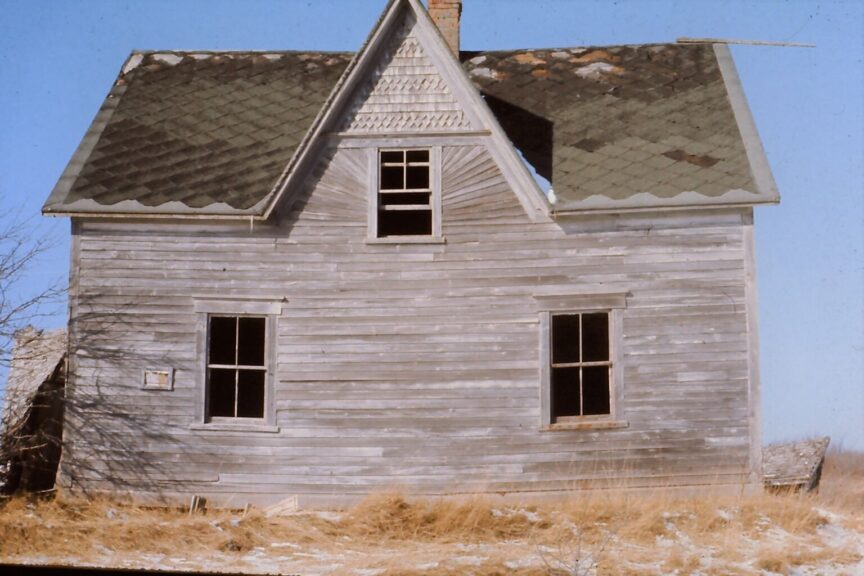 This is the tenth album selected from my little collection of photos, arranged in more or less chronological order. Now I’m just pulling out slides from the 1970s, and selecting some that seem to go together.

A couple of shots from rambles in Cape Breton in 1971. The crisp Gulf logo stands out against a Cabot Trail slope. About ten years later, many Gulf gas stations were sold to Ultramar or Petro-Canada. 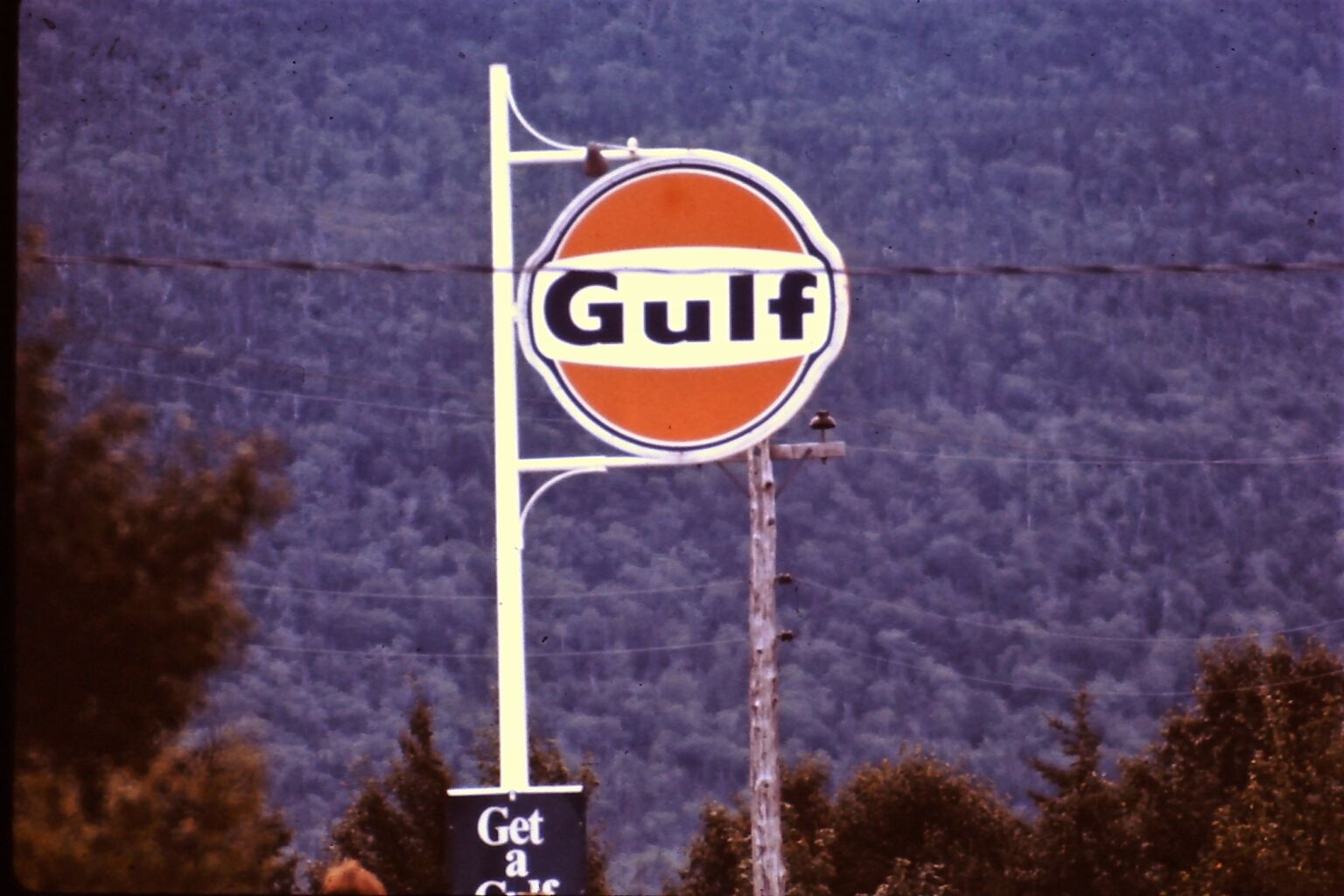 Just north of Inverness is one of the best sited homes in Nova Scotia. The big, white MacLeod house has commanded this power position above a crossroads at Dunvegan since 1870. When I took the photo I didn’t know much about old houses, but I could see that this was special. 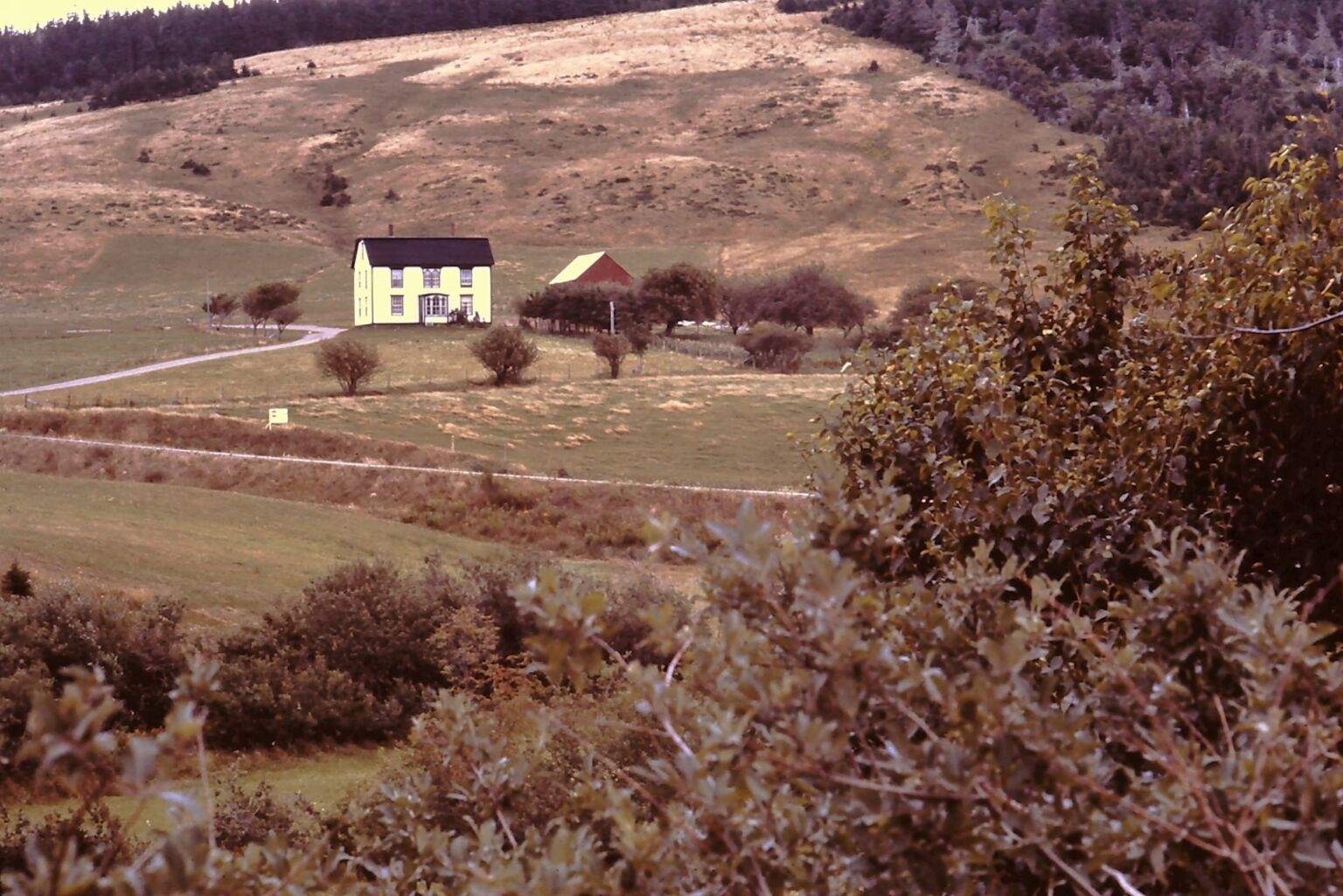 A thunder of “sunrises” in a Sherbrooke gable. What an idea. 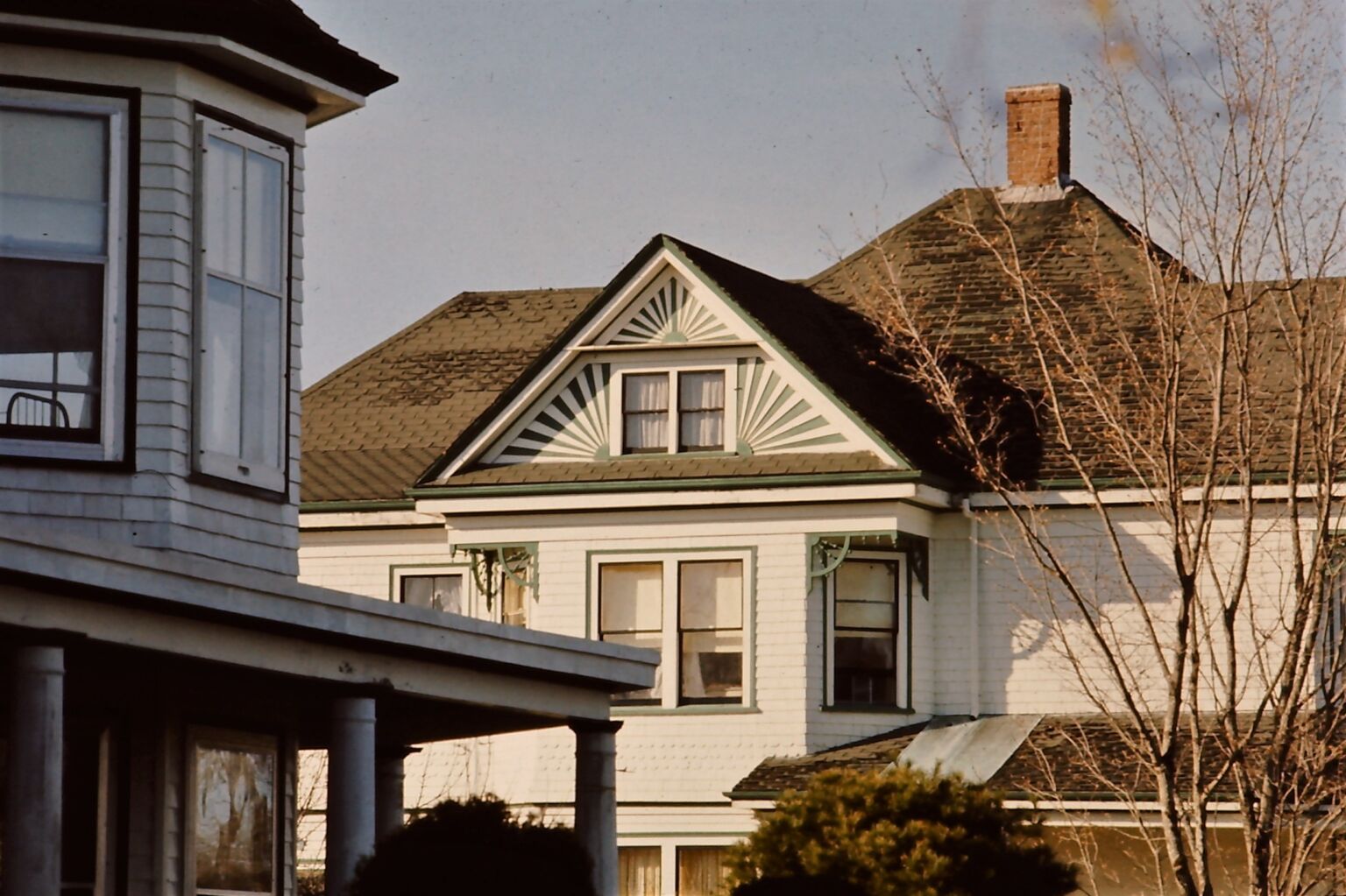 The grey and white colour scheme softens the impact of  that unusual decorative panel and the barely visible sunrise in the peak of the gable. 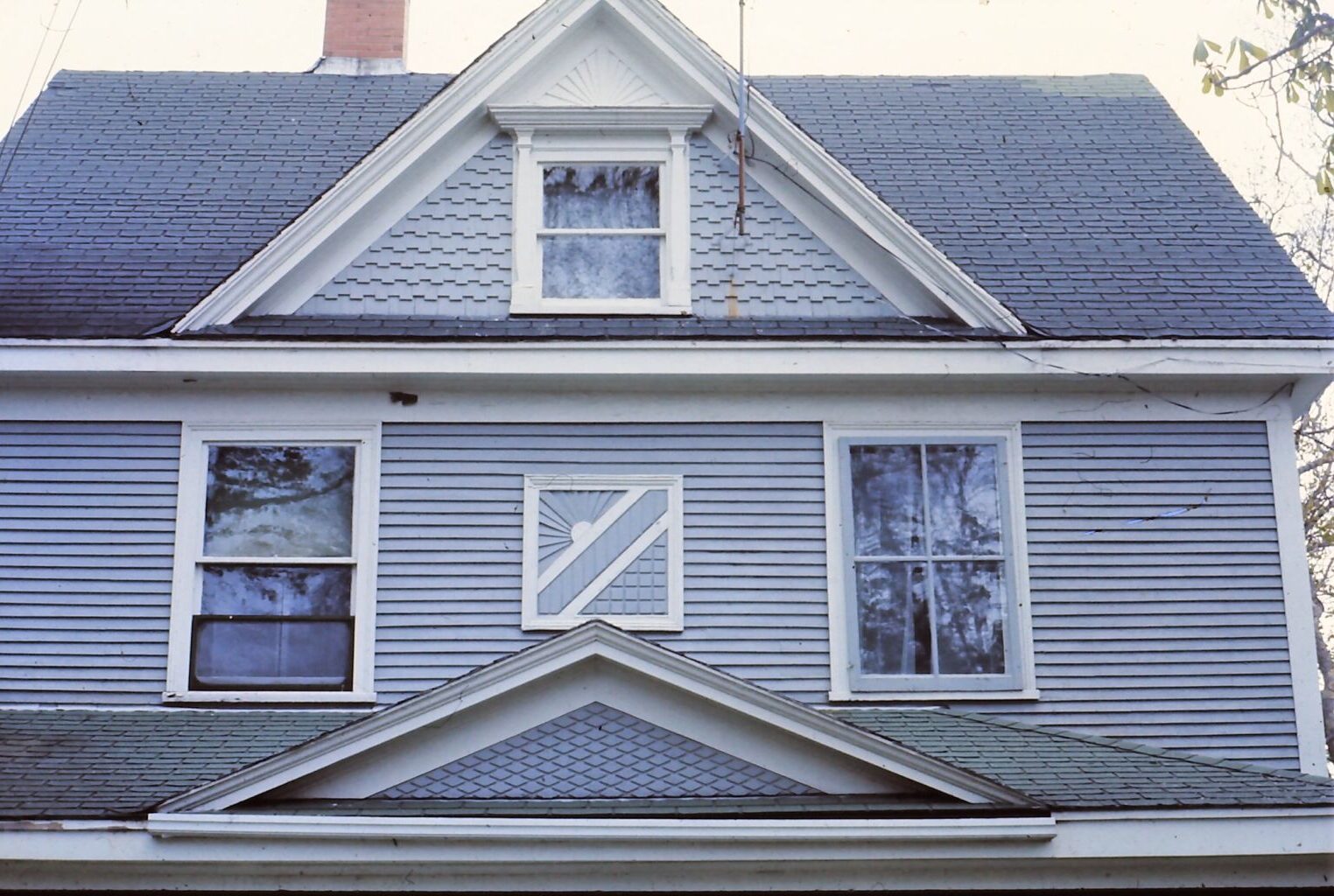 An adventure in mark making in the gable on this window bay, on the road to the beach at Cherry Hill. 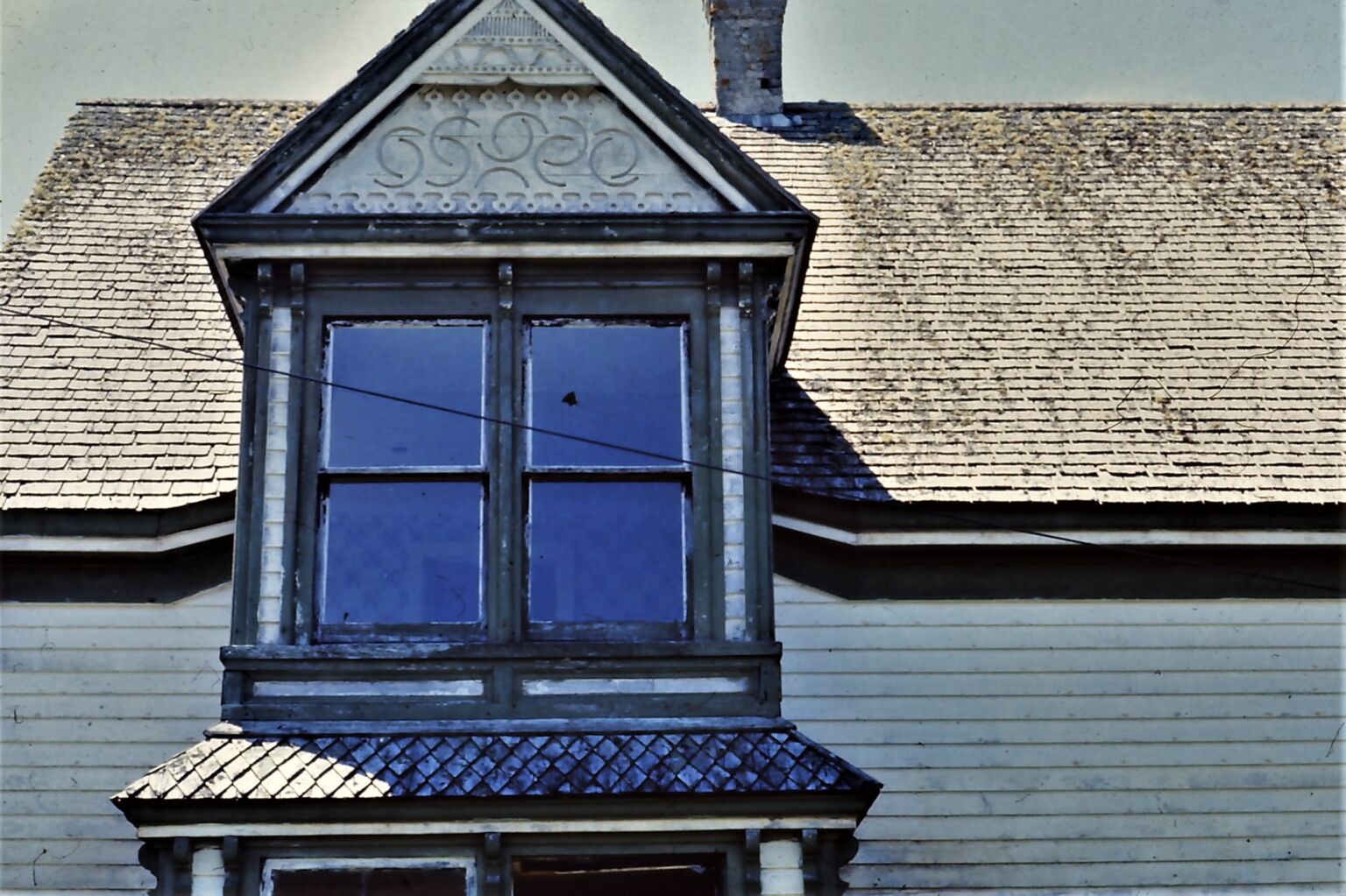 A big house at the end of Prince Albert Road in Dartmouth, perhaps where the Superstore is now? It may have been a funeral home at this point. Wonderful that the unusual gingerbread along the roofline had survived. Some sort of verandah appears to have been removed. 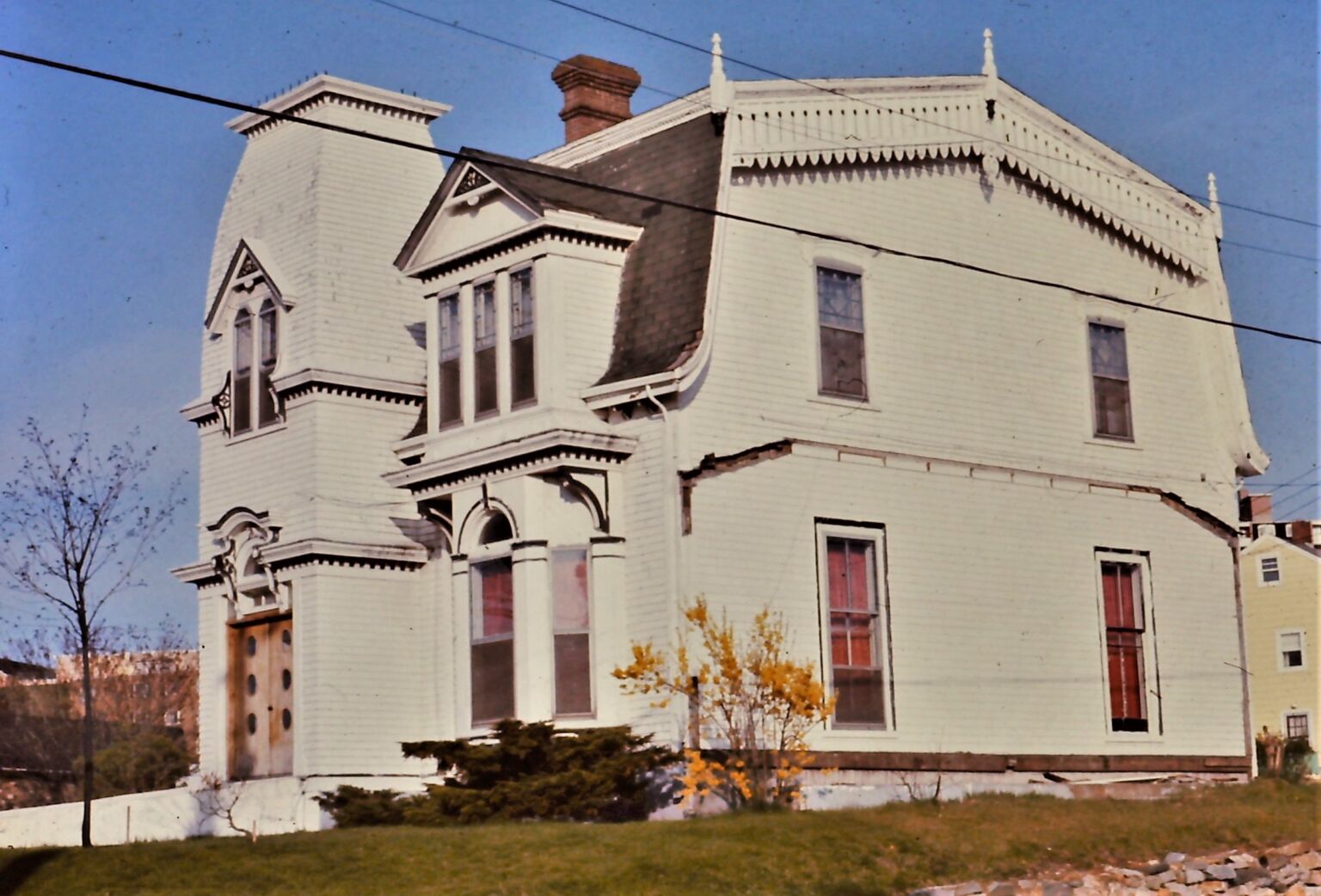 Here are a couple of extraordinary verandahs in Wallace, Cumberland County.  What style would you call those brackets? Turkish? 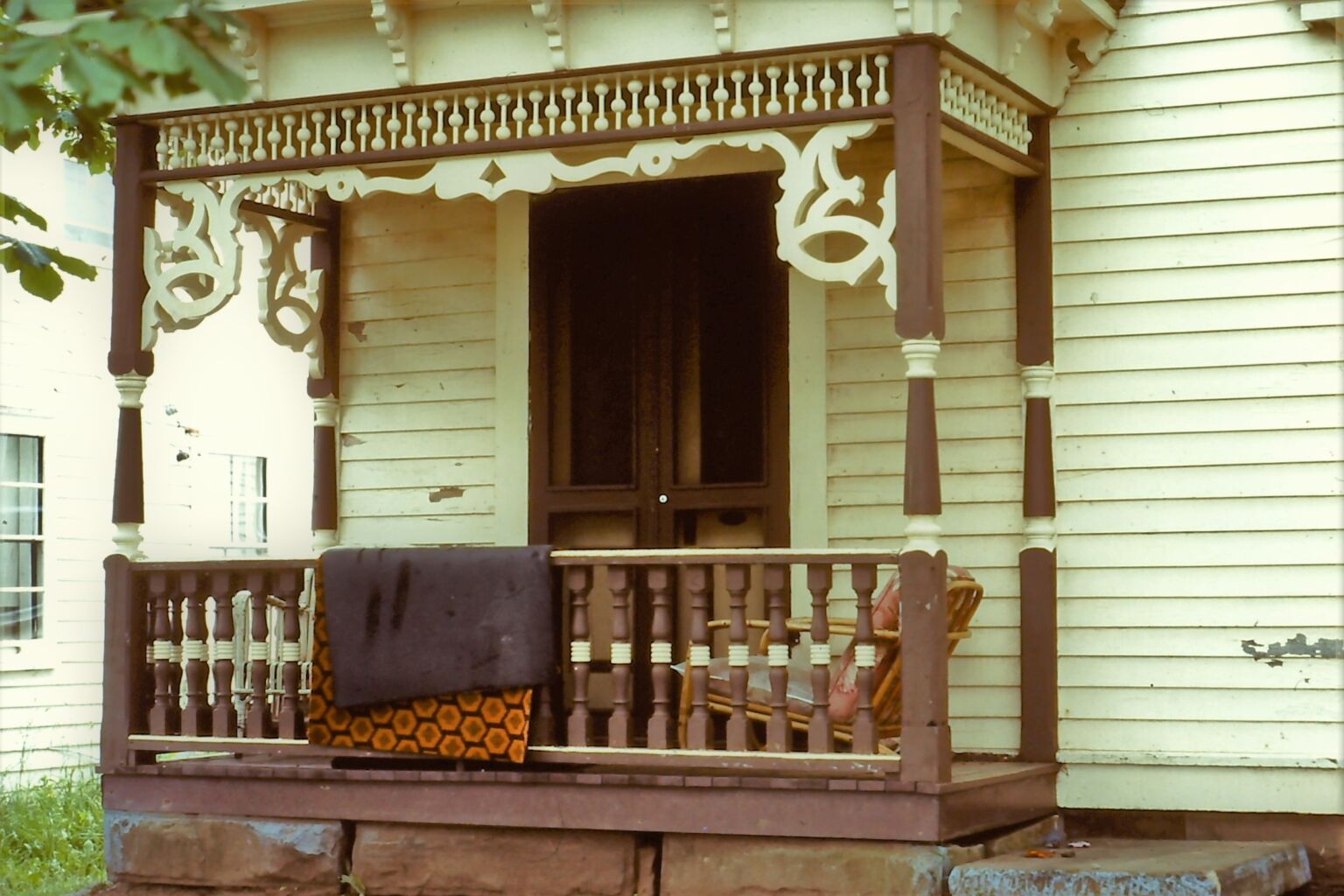 Rows of verticals. I’m particularly fond of the flat and elegant balusters on the verandah. 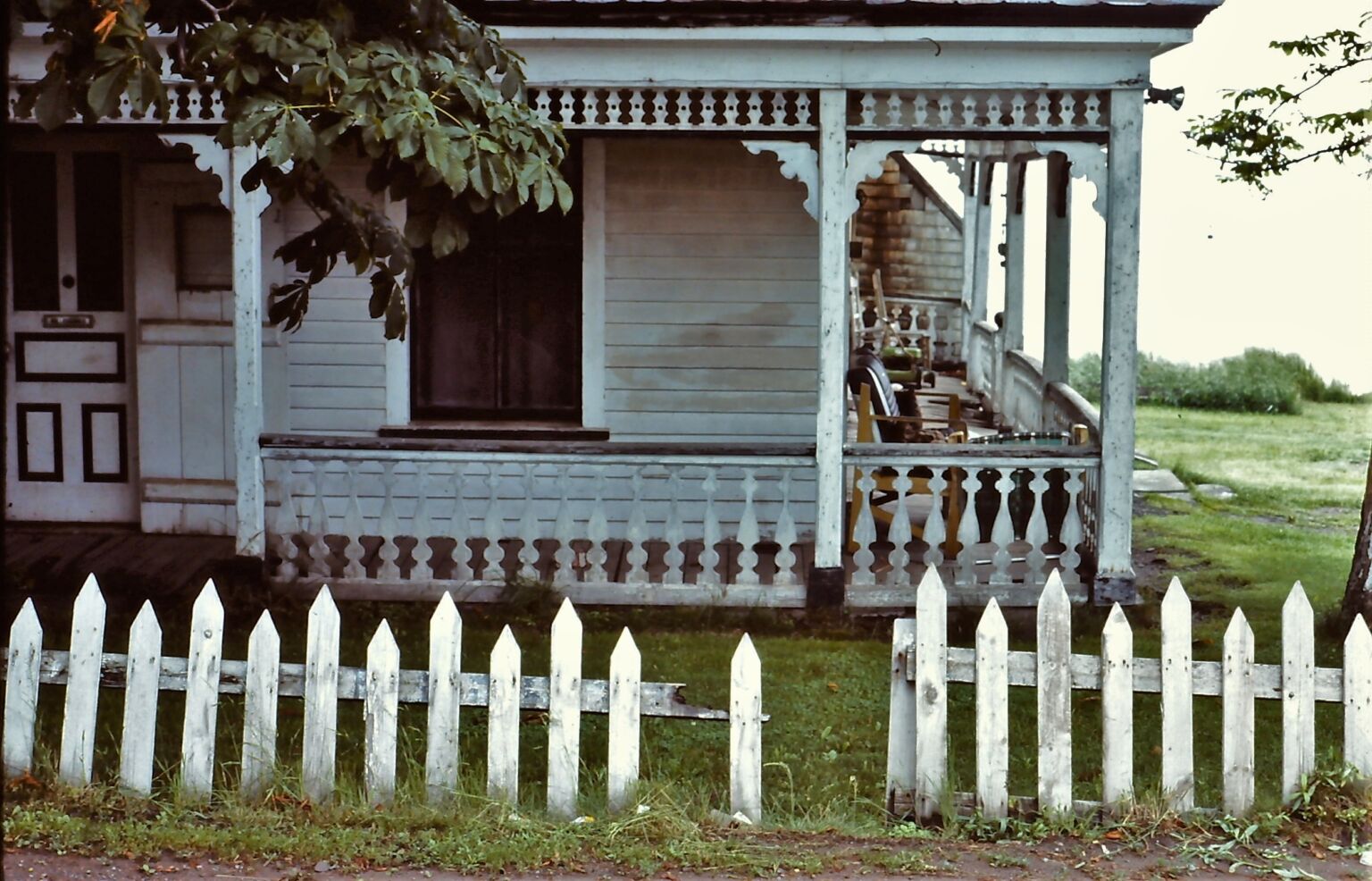 Second story verandas are uncommon. On the steep streets of Bear River it is not always clear which is the “second” floor. 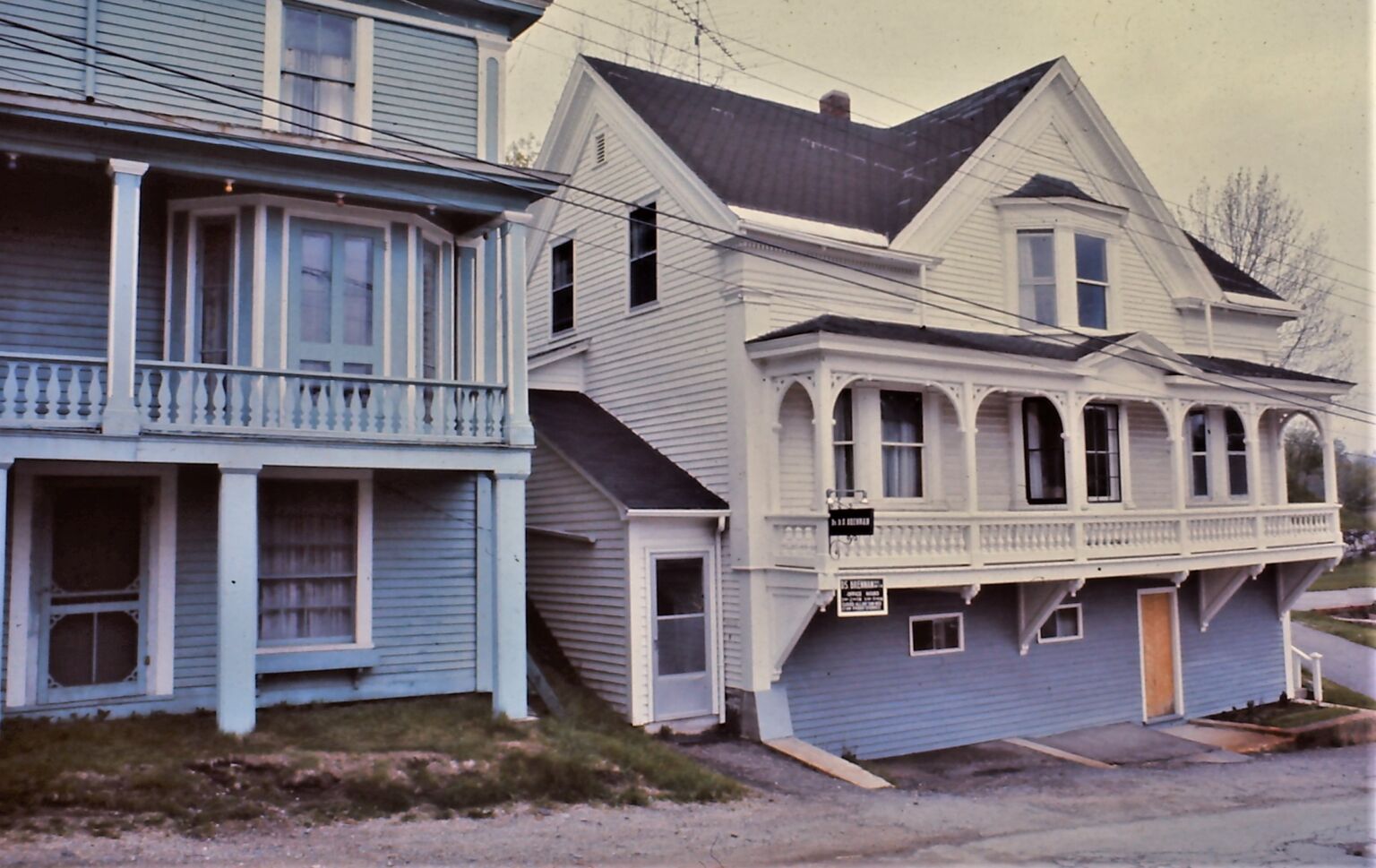 In Sunnybrae there is a double-decker. Also notice the white painted rocks, which used to be a popular style of traffic barrier. Not so common these days? 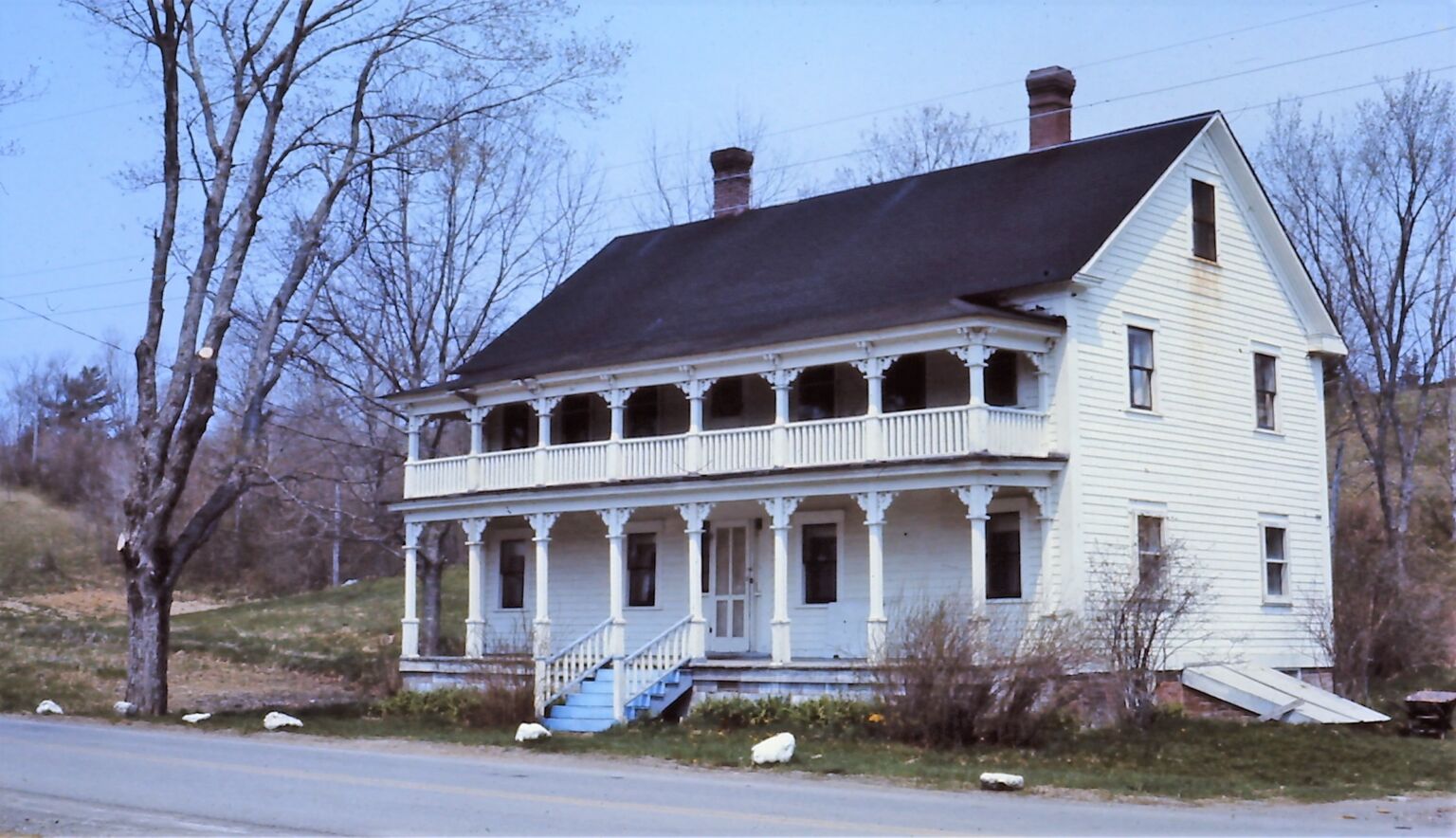 This rambling house near Great Village seems to be having an argument with itself. 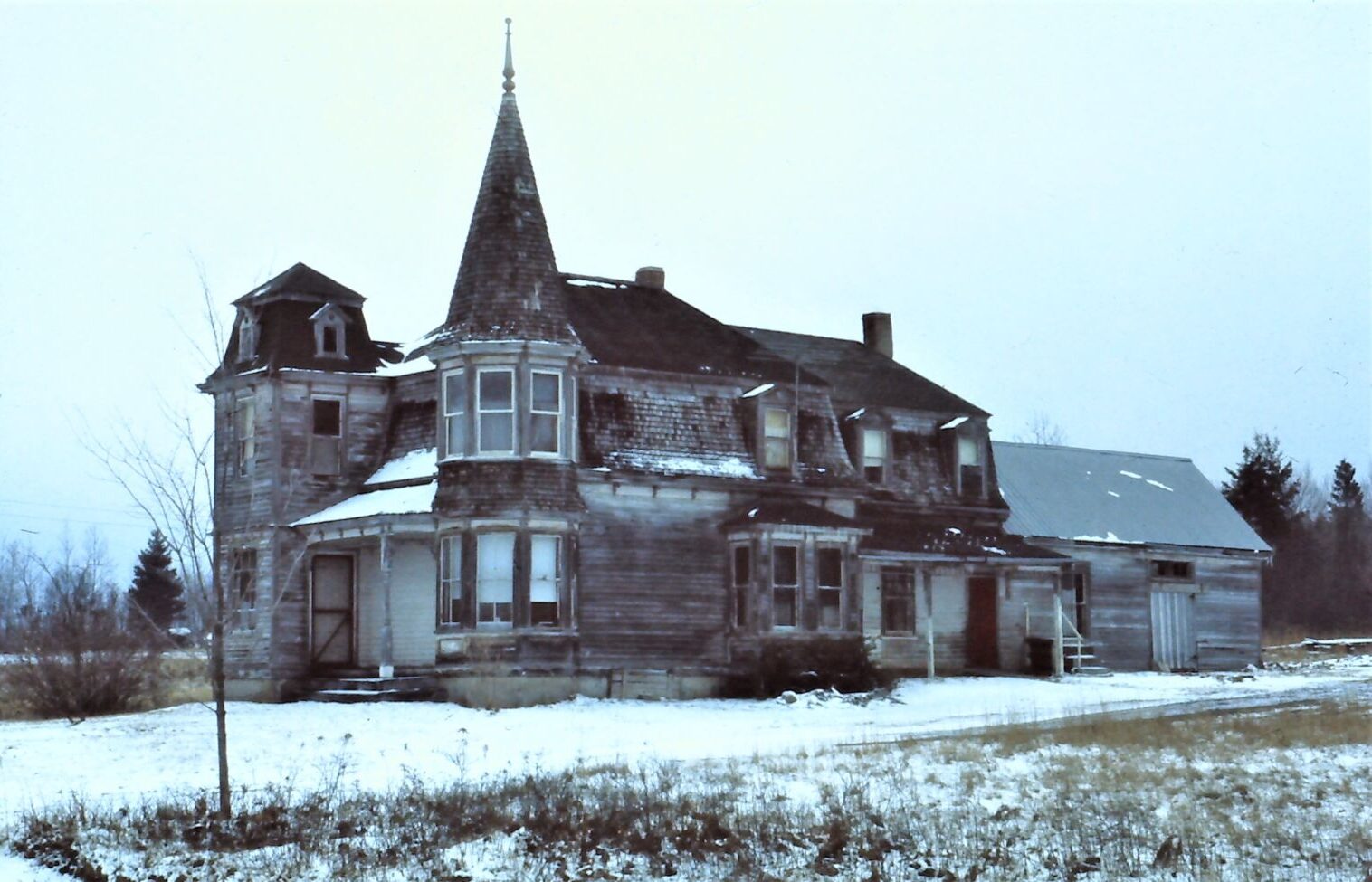 Driving the Eastern Shore this outstanding combination always made me smile. I wonder if the gable-fronted wing was actually moved into that relationship from elsewhere. Also the trailer is a delightful addition to the family. Some of our regional architects use such groupings as a muse for their designs. 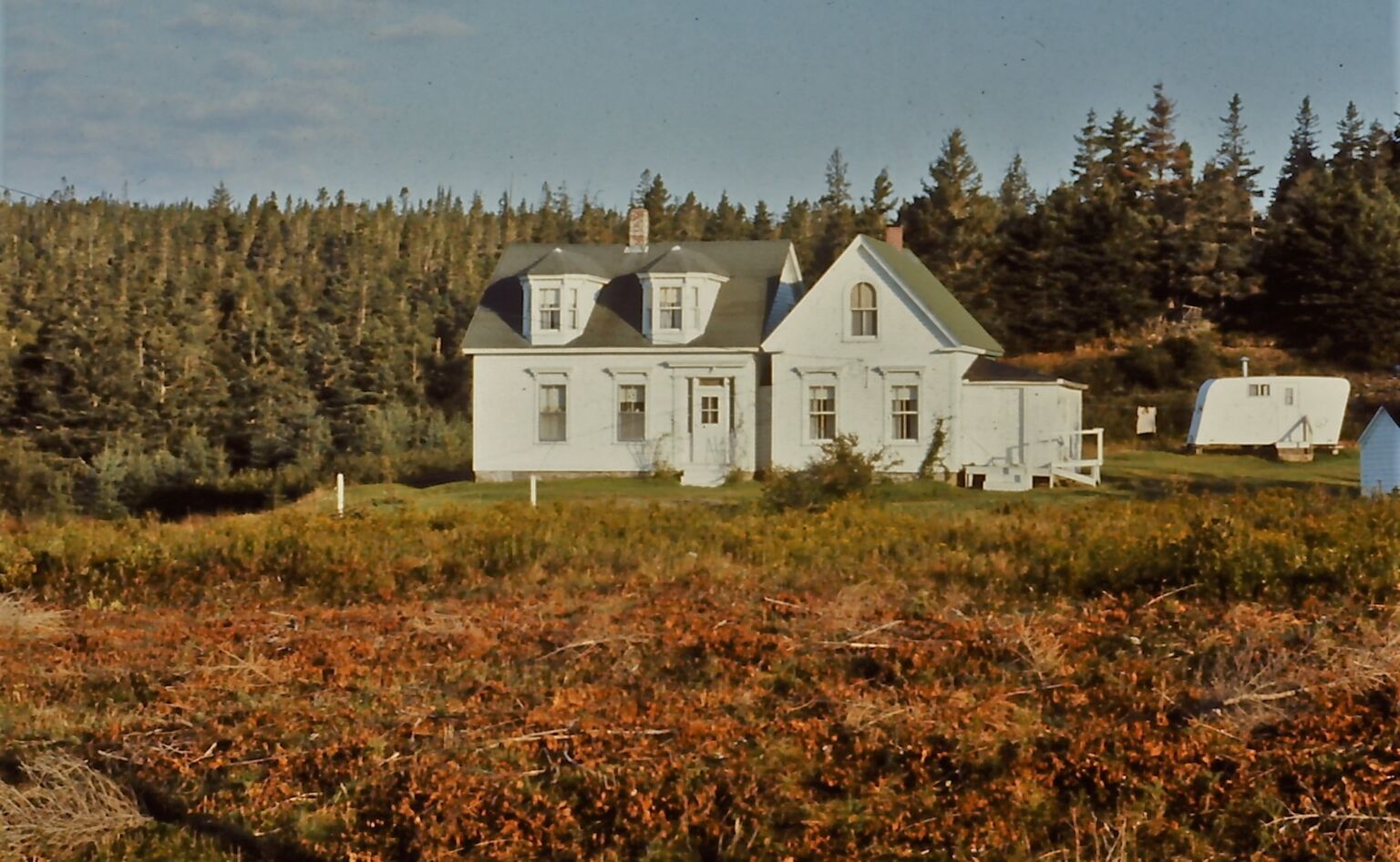 In Waternish, just up the St Mary’s from Sherbrooke, there is a clear distinction between the house and the workshop. Another very contemporary-feeling combination. 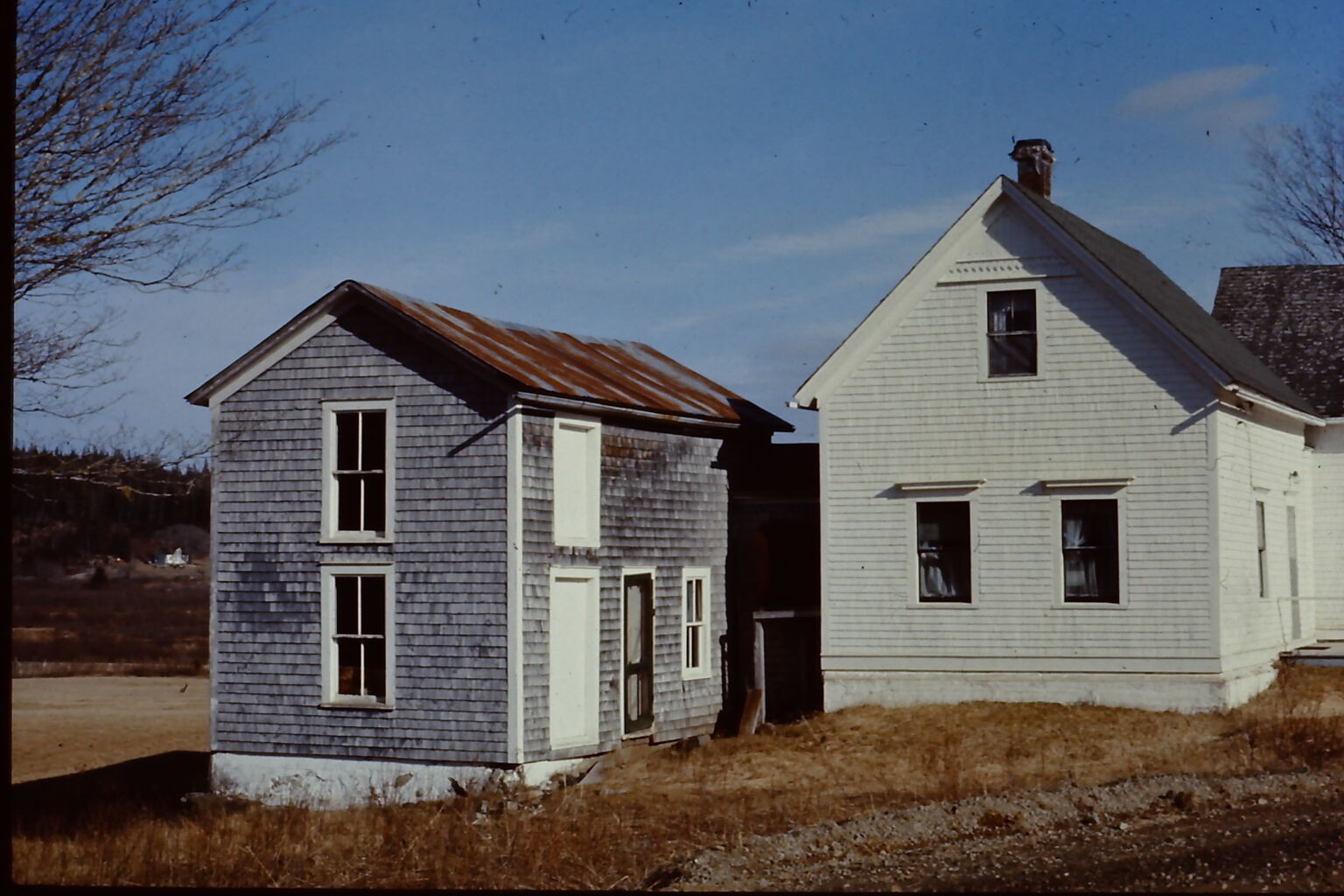 A barn of a place

An industrial building that stimulates lots of affection is the barn. They come in many forms but I don’t have the vocabulary or knowledge to classify them. In 1974 this barn was newly raised in Sherbrooke Village using the beams from an old barn. 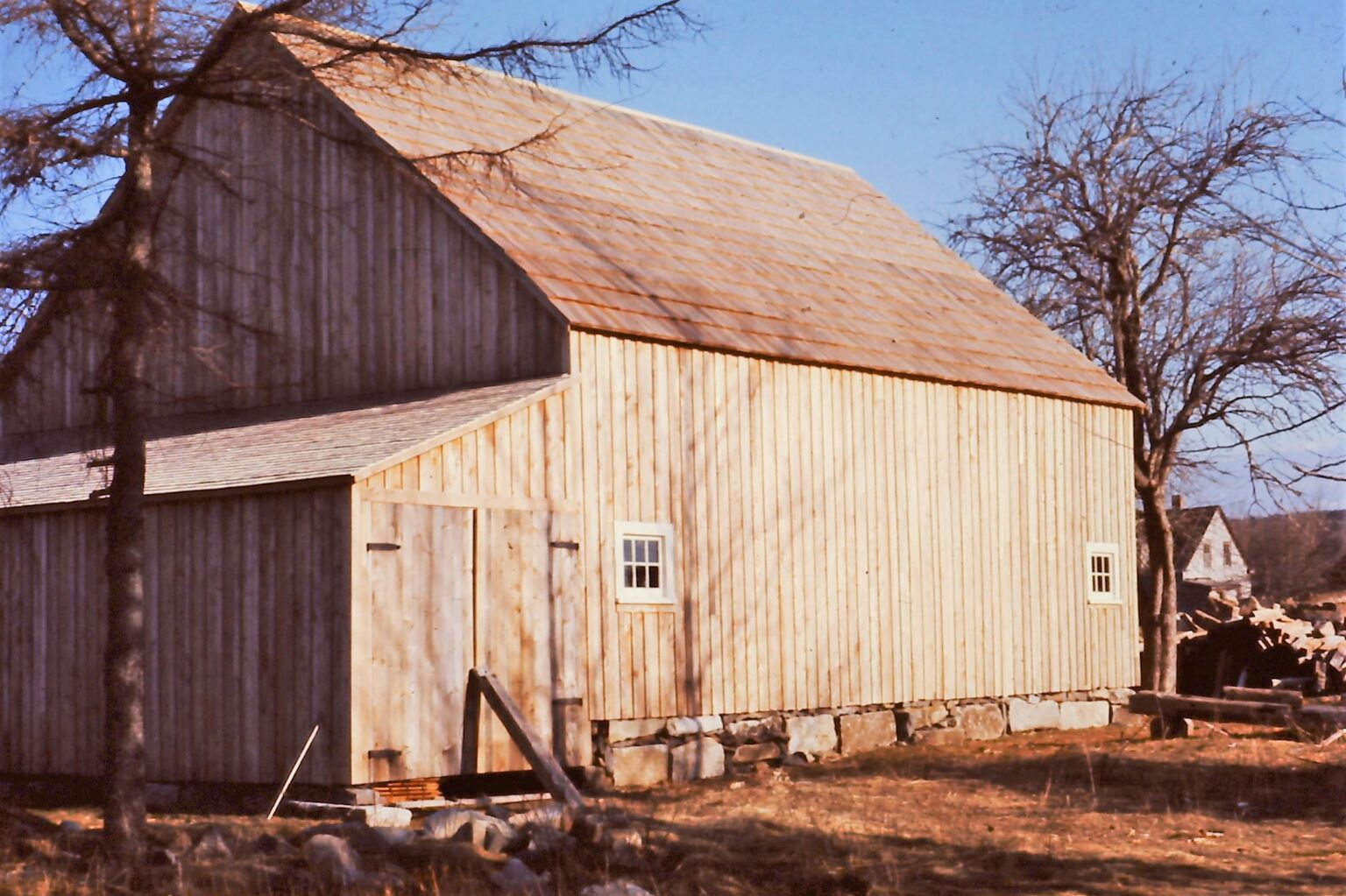 A very long barn in Glenelg, inland from Sherbrooke. It was disassembled in 2010 and the frame reassembled in the Annapolis Valley as a pool house. 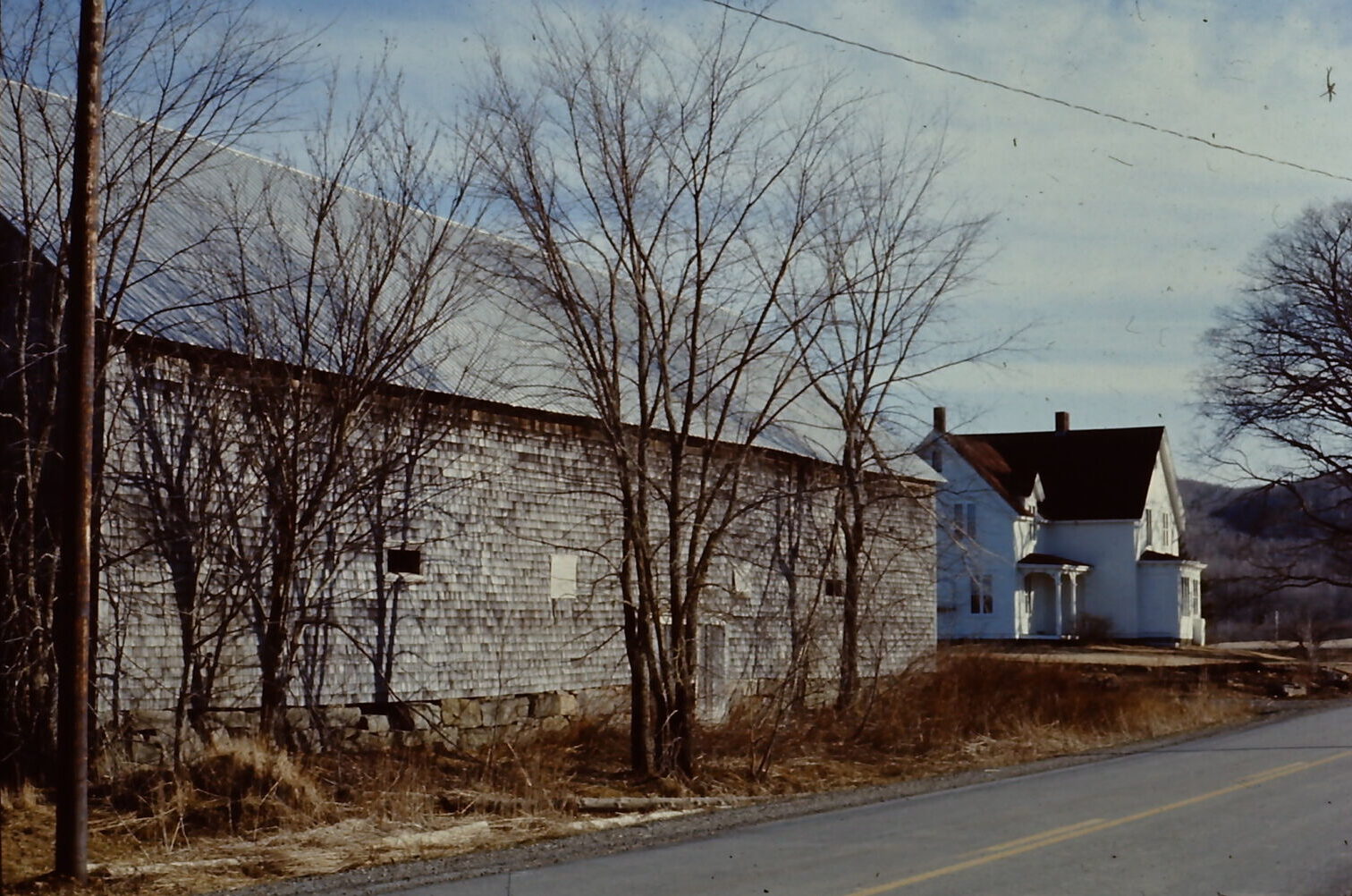 A lost landscape of barns on the Tantramar marshes, near Sackville, New Brunswick. When we visited in the winter of 1976 there were still about 100 barns, a quarter of what there had once been. In 2015 that number was down to 11. Like tank farms that store oil, the barns held the hay that fueled horses in lumber camps or far away cities.

Finally a building that stayed, but not exactly the same. When I took this picture of a one-room school house in Clarence (near Bridgetown), it was being used as a barn. 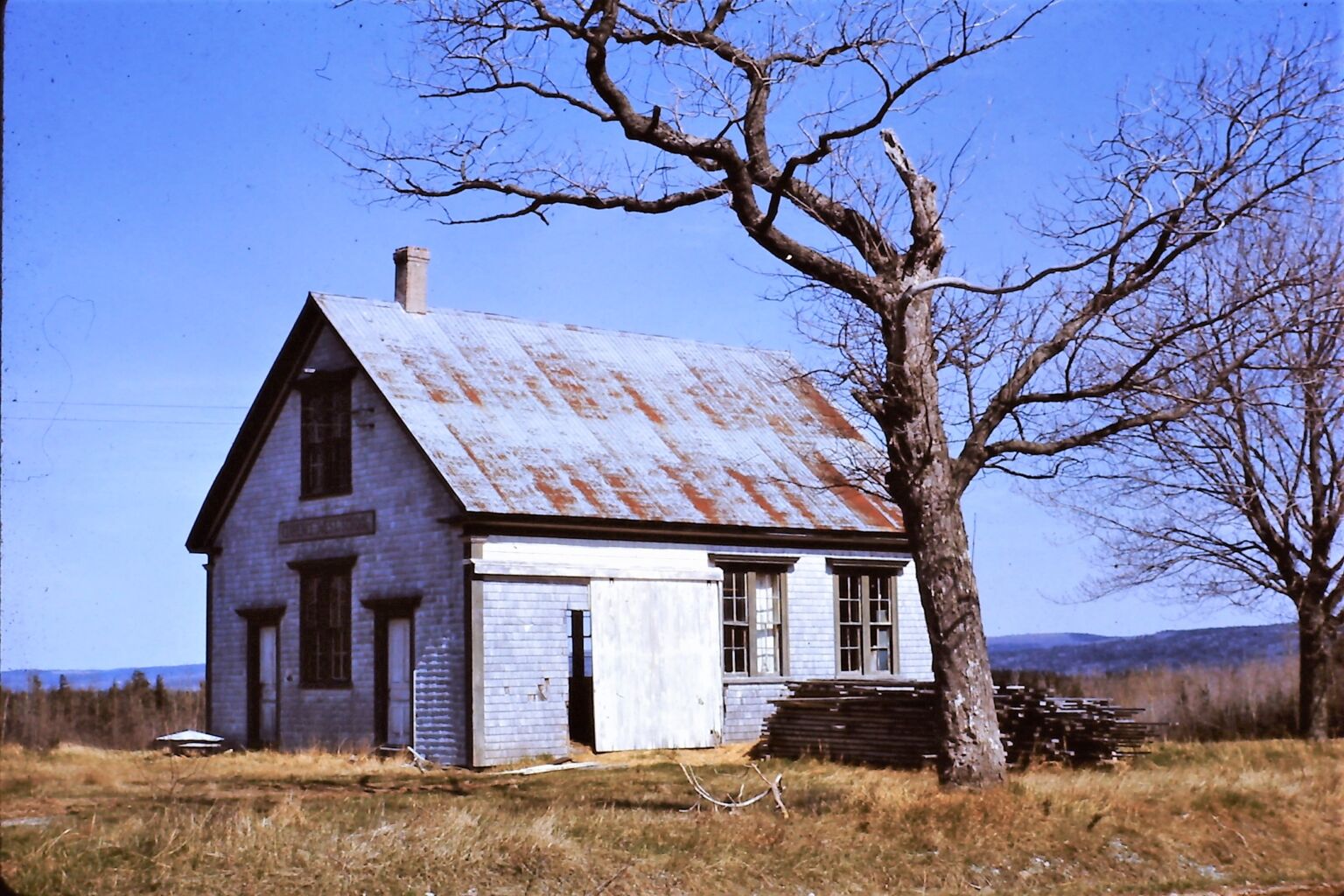 A few years later it was elevated, in every sense, with a new basement and conversion into the temple for the Arunachala Ashrama. 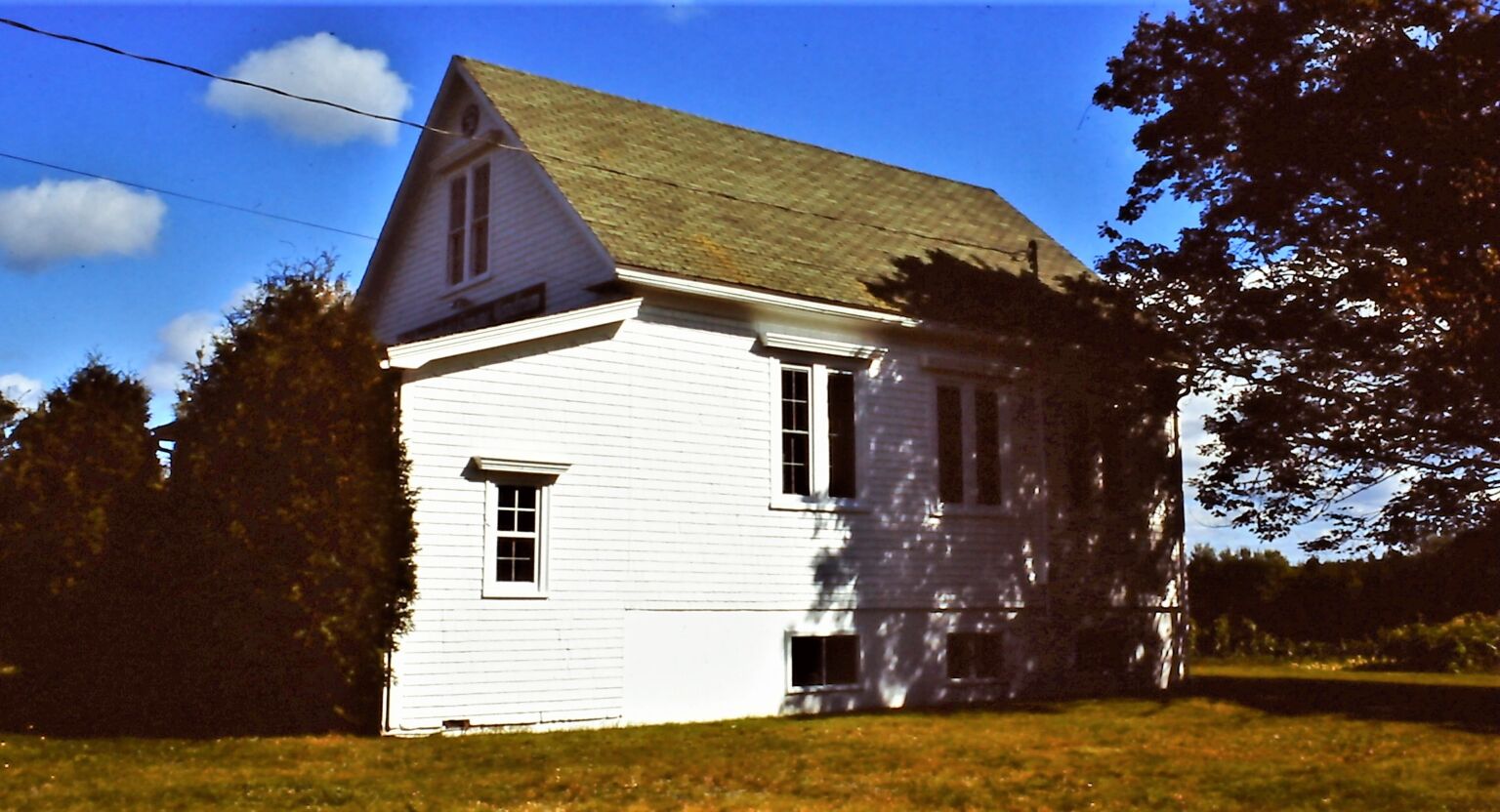