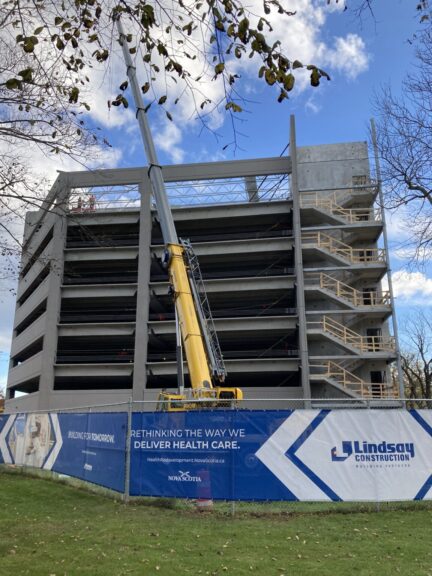 Did you notice the spirit-lifting video of horses frolicking in fresh snow at the Halifax Lancers paddock? It was the medicine that tens of thousands of viewers needed back in early December. The images were so delightful, media outlets across the globe shared the joy.

My mind went back to the winter of 2019 when the Province announced out of the blue that they were going to plop a towering parking garage next to the Museum of Natural History that would have loomed over these playful horses. 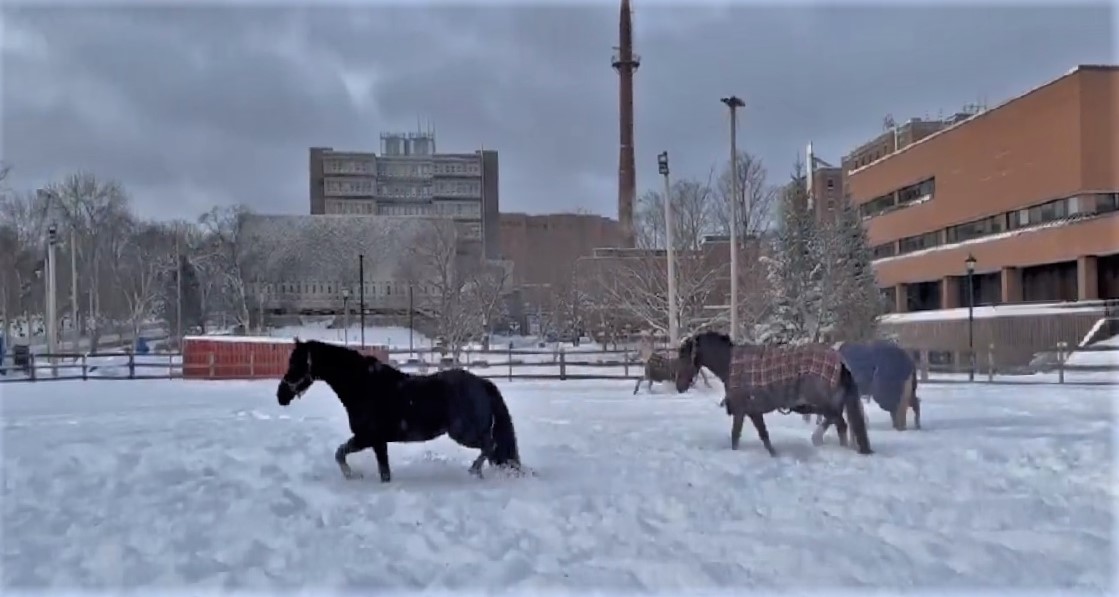 A howl of dismay from the city and citizens made the Province blink and the parkade is now nearing completion on the other side of the Museum, visible to but removed from the cheerful horses. 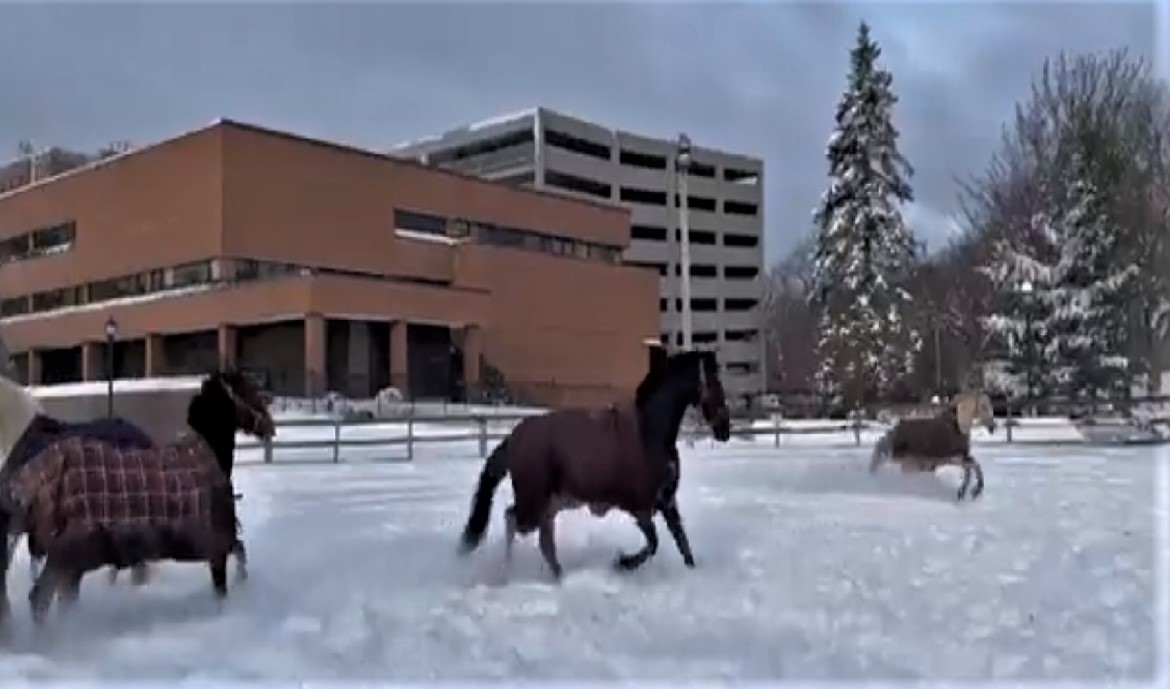 Back in October I did a walk by to see how the new eight-story facility blended into the parkland of the Common. 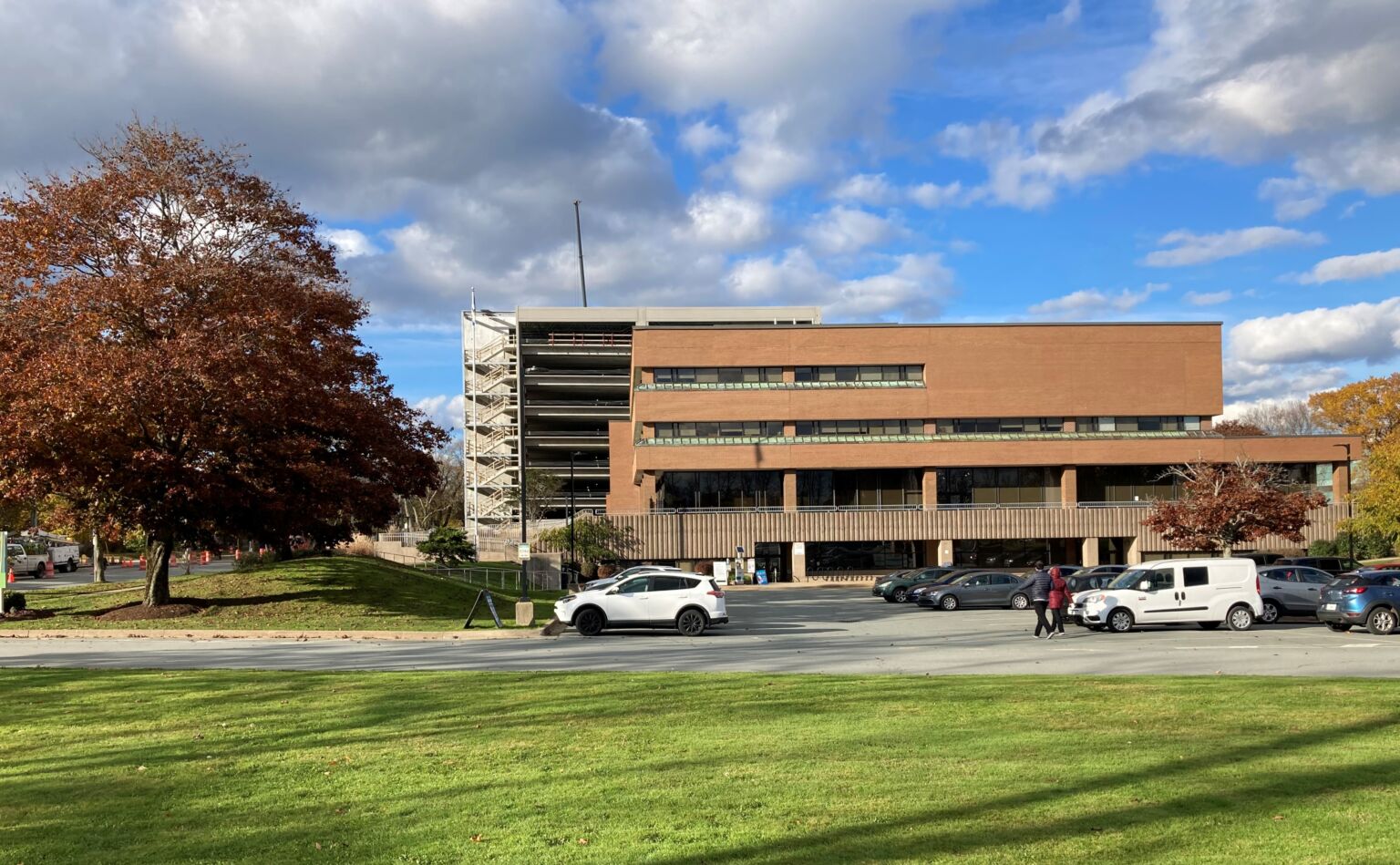 At this point I should note that I’m an old person who has occasion to visit the hospital regularly and I’m very fond of having a convenient place to park. My issues with this parking structure have been: the Province’s embrace of secrecy about their plans, their apparent lack of understanding of the landscape they wanted to build on, their “we don’t care what it looks like” attitude. “But parking” is the beginning and end of the story they care to tell.

The New York Times has labeled parking garages “the grim afterthought of American design”. It appears that is what we are getting. 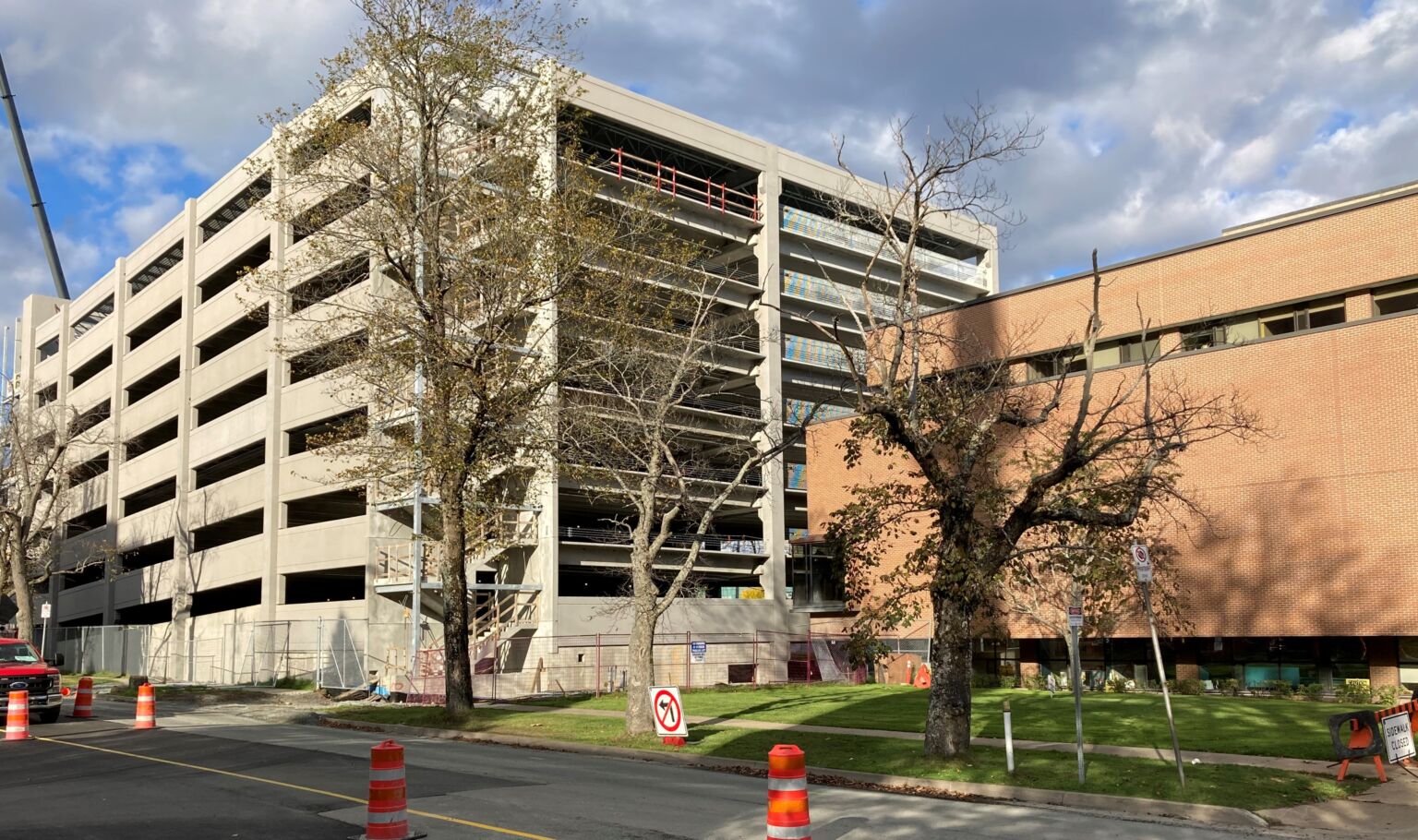 The architectural rendering that the Province supplied does look like what has been built. 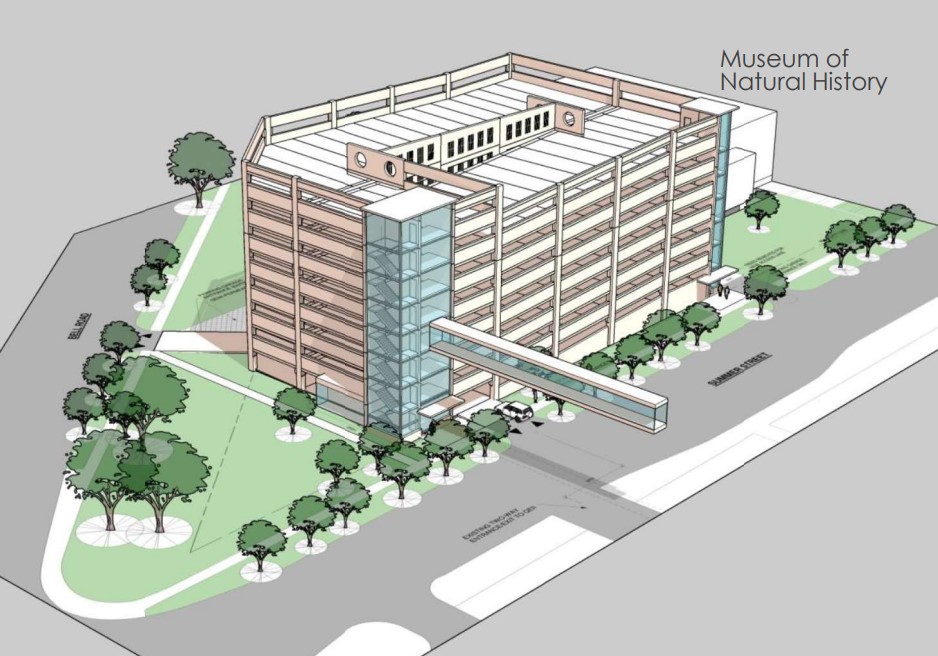 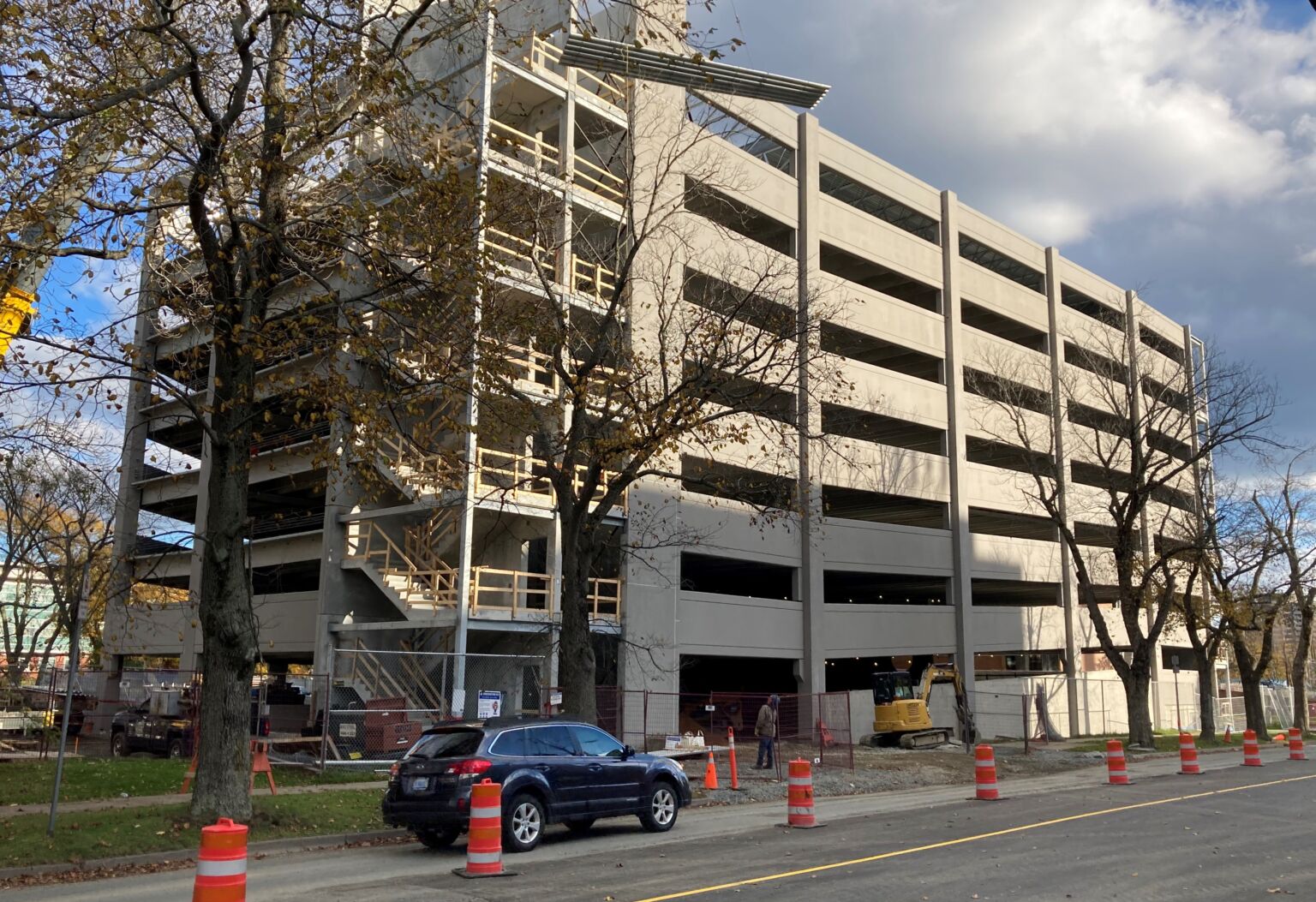 Maybe there is going to be an exciting lighting scheme for the building, or reflective solar panels attached to the sides, or a landscaped viewing terrace on the top level. In this clever and creative province you’d think there were people who could design a structure that began the healing process as you parked your vehicle. But it feels like we should be satisfied with parking. Parking is enough. Enough. Just like in “Love Actually.”

Everybody who lives and walks in a city knows that buildings need to be interesting where they meet the ground or they suck out your soul. Avoiding cars entering and exiting this structure appears to be the only engagement provided for pedestrians. 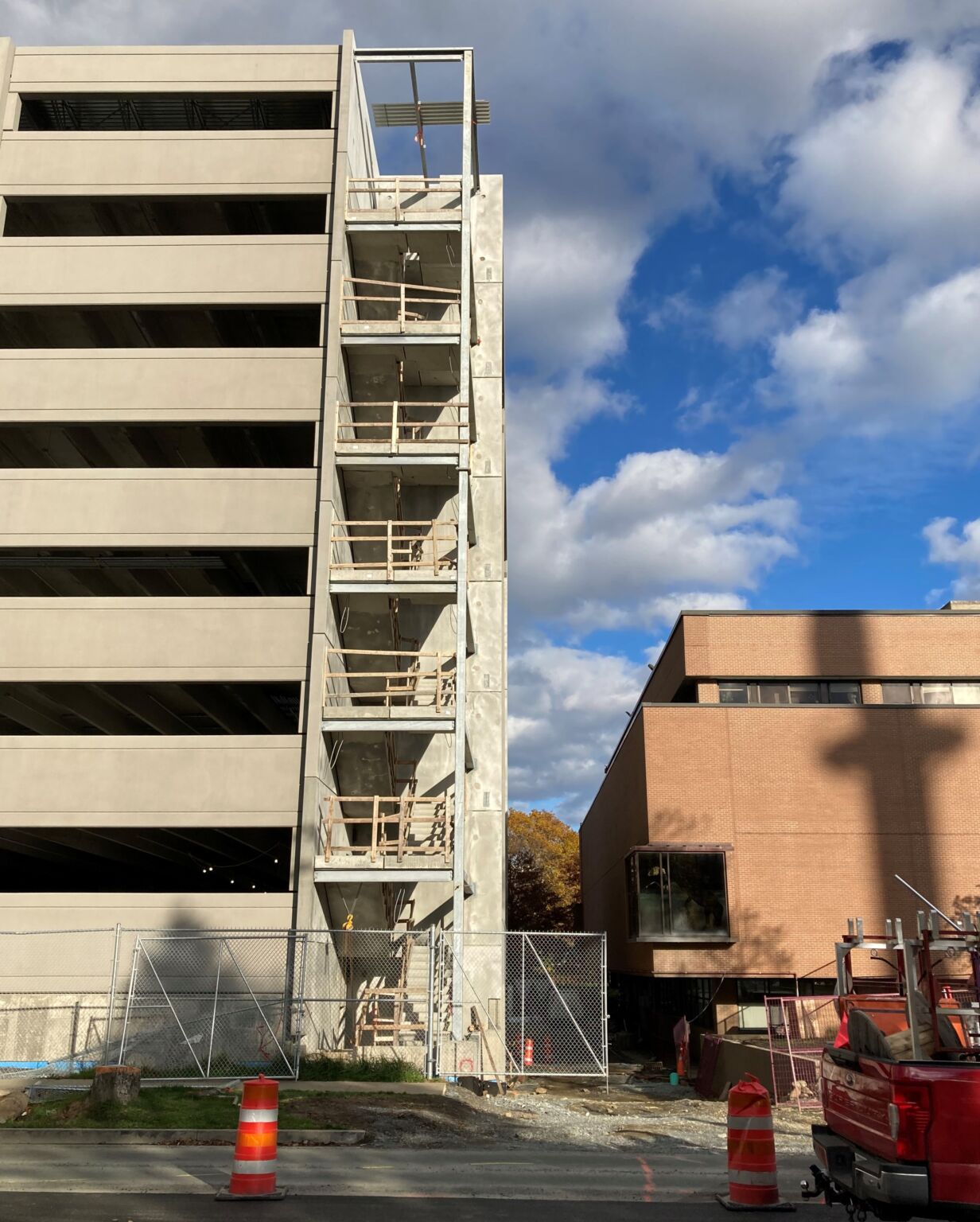 Slogans in the real world are so hard

The fences around the construction site are covered by attractive banners with slogans clearly written for when the main health facilities are being built (when they would work just fine). If the “foundation of our next 50 years of health care” is a very conventional parking facility it sends an uninspiring message. What do you think would be a better slogan? How about: “sometimes excellent health care starts with a good place to park.” 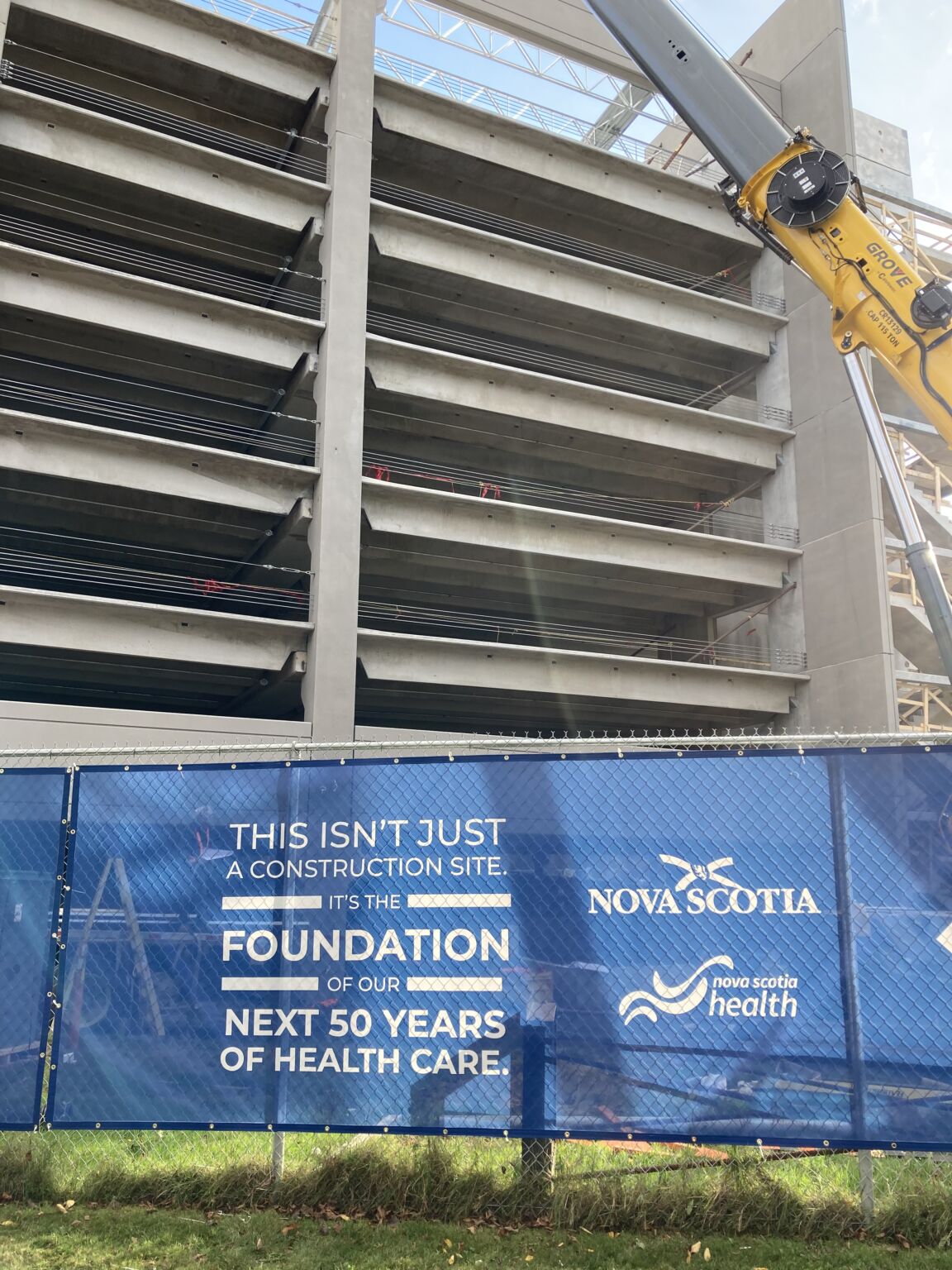 The slogan below reminds me that they are rebuilding a parkade because they want to demolish the perfectly good parkade that happens to be in the location that we want to rebuild something else. 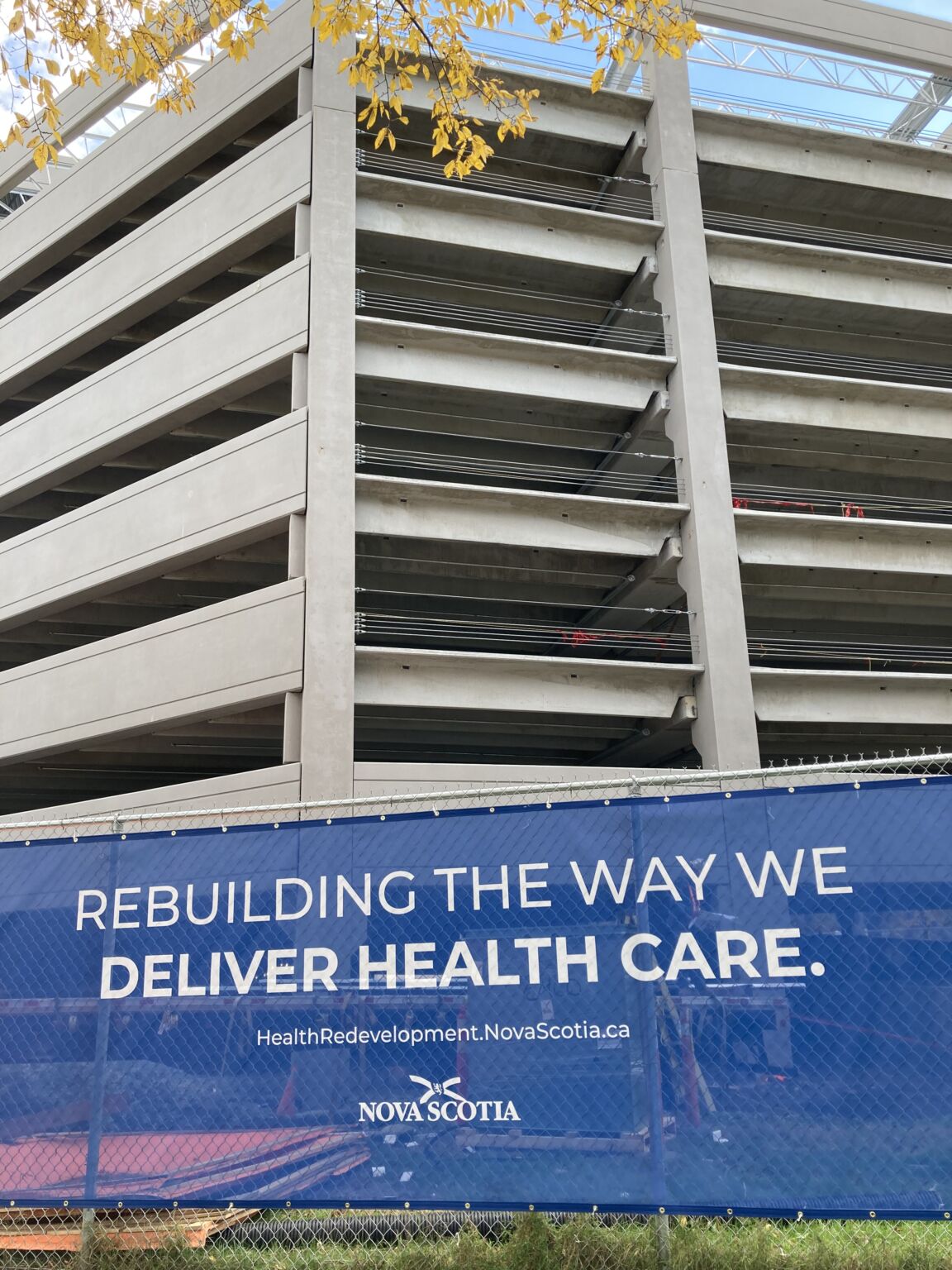 Remember that the Province hates the City, or should I say us.

In Halifax there is lots of talk and action on how to make the city more livable. Traditionally some provincial civil servants seem to go out of their way to show that they don’t really care about such niceties. This parking structure is a good example. They didn’t tell us about it because they didn’t have to. The plans for the second location had to be changed because the parkade would block the loading bay of the Museum. The “new changes were unfortunate” the Province said, but it was “beyond the authority of the Municipality” to do anything about it.

Did I mention that hospital parking is important?

In 1984 my mother suffered a sudden and catastrophic stroke. The next morning we had an appointment with the doctors to decide her future. After driving around the old VG parking lots trying to find a space we gave up and parked illegally on the street. We decided to take mother off life support and allow her to quickly fade away. Returning to our car we were rewarded with the expected $25.00 parking ticket.

Imagine if we had to repeat this scenario at the new parking structure. A sign would tell me how many spaces were available and on which level to start looking. On my way to meet the doctors I would not be too aware of my surroundings. But later, returning though the airy pedway over Summer Street there might be a view of excited school children on their way to the visit Gus the tortoise in the Museum. Instead of going directly to my car I might take the elevator to the parkade’s rooftop terrace and gaze over the Common, see the trees, feel the wind. Think about the past and future. Maybe there would be a glimpse of horses gamboling in the distance. 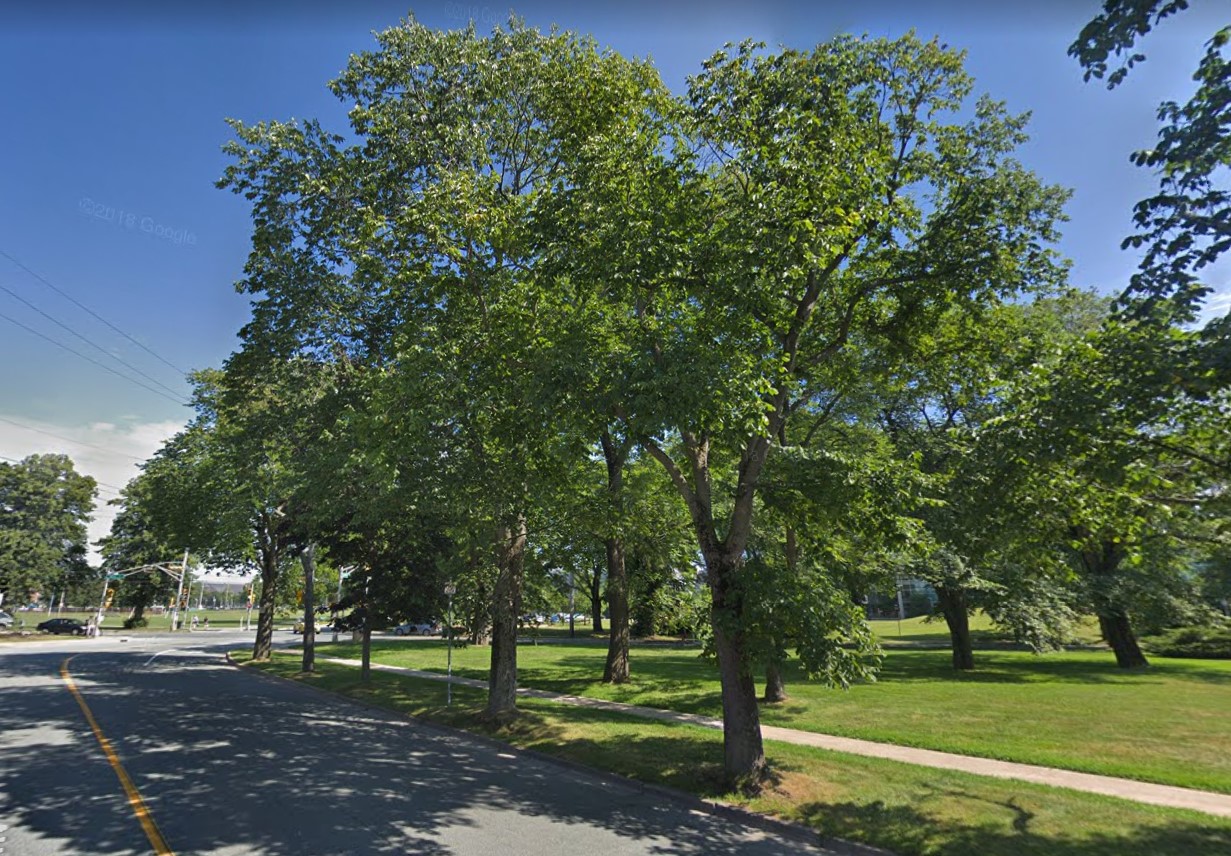 Google. Sort of the view from the pedway to the hospital.