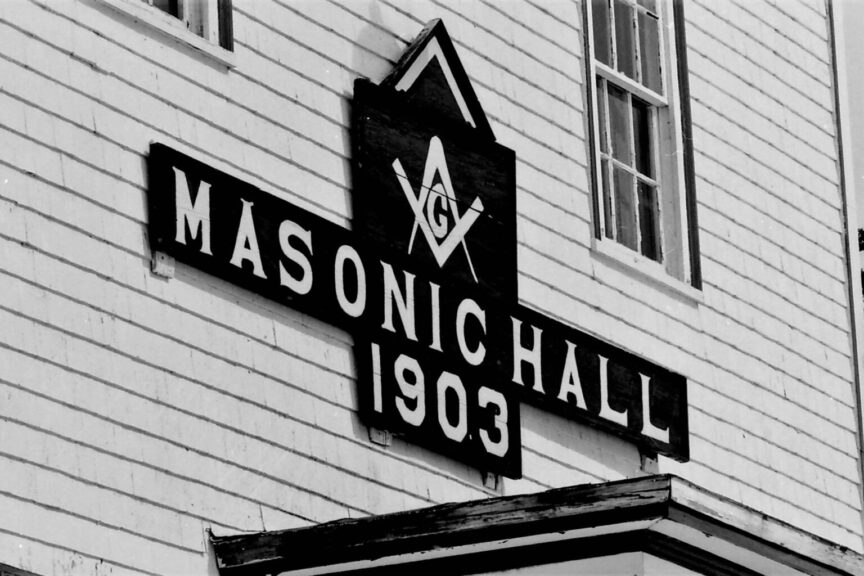 This is the ninth album selected from my little collection of photos, arranged in more or less chronological order. Now some examples that show how working at Sherbrooke Village made my photo taking more applied. Restoring the village buildings included things like deciding on painting schemes and adjusting landscapes. Suddenly I began to notice all manner of material culture that had been hiding in plain sight.

Isn’t this hall in Sheet Harbour a beautifully balanced design? The window arrangement, the scale of the sign, and the setting against the dark forest. And notice the light touch when it comes to which elements of the trim are painted dark green. 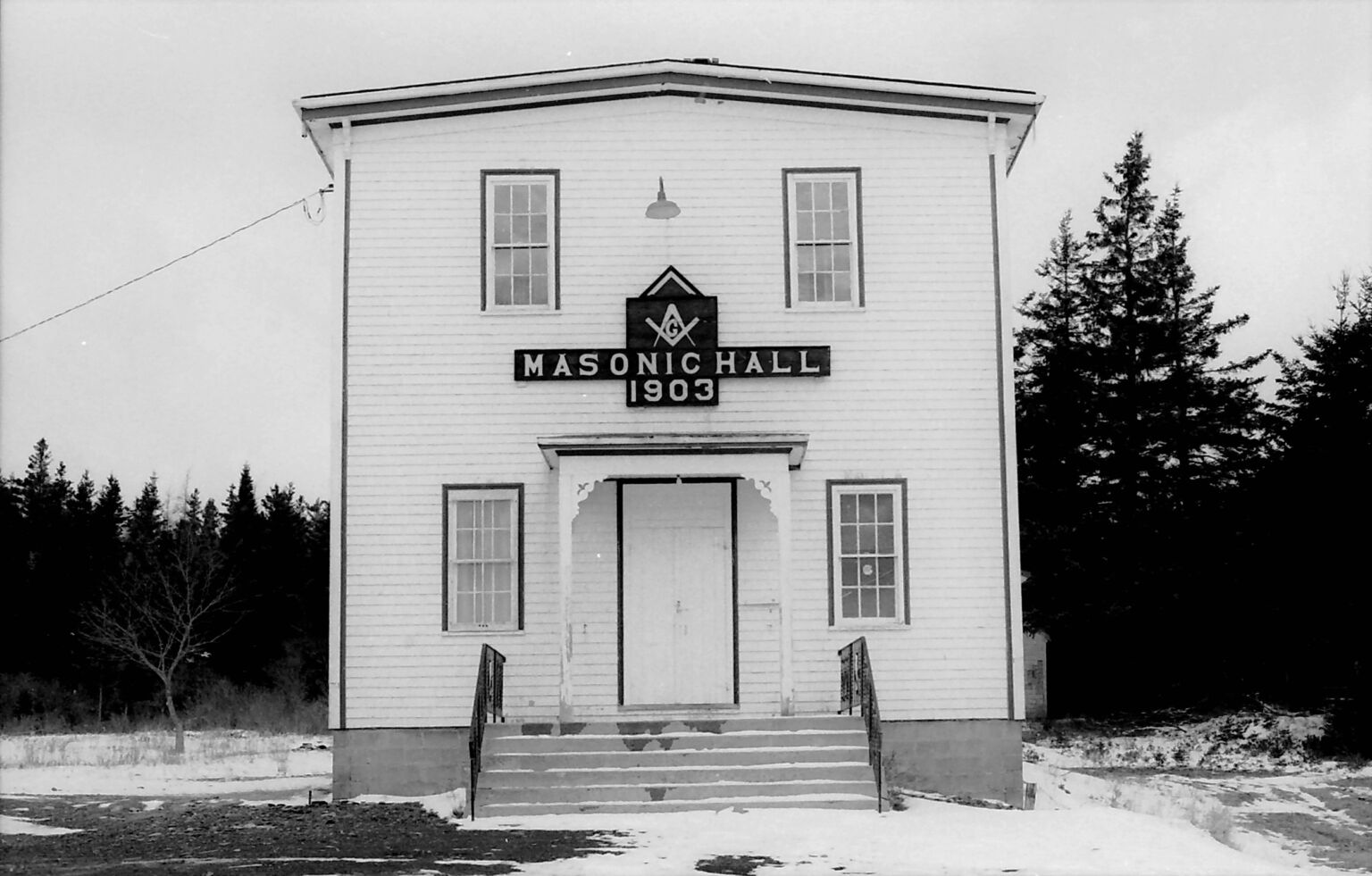 In Sherbrooke Village, restored shops and institutional buildings needed signs, and traditional sign painting, like this, were great models. Love that pointy serif. 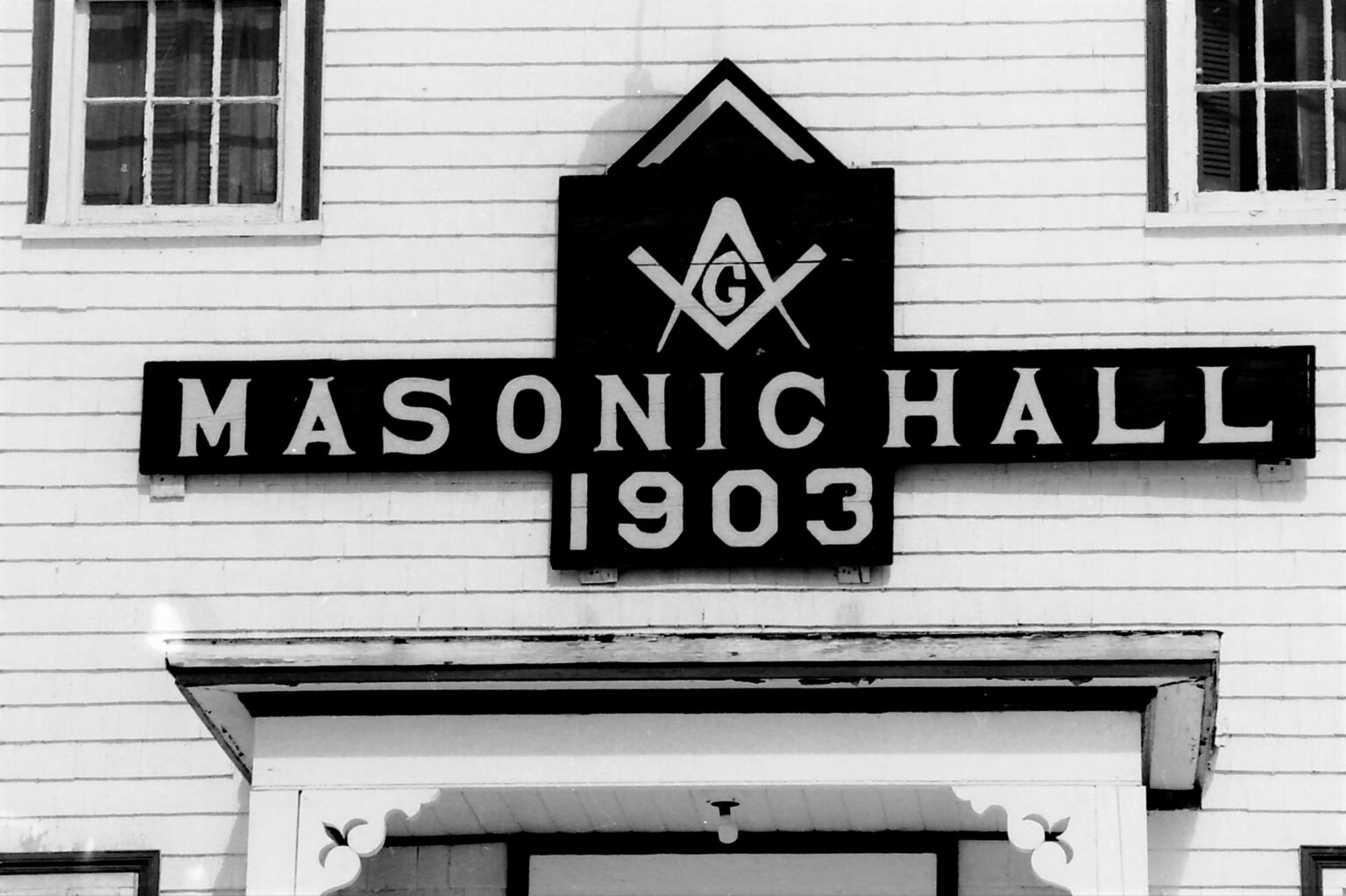 All the houses in the village needed clothes lines. What did a traditional prop pole look like? This example was noticed along the Eastern Shore. 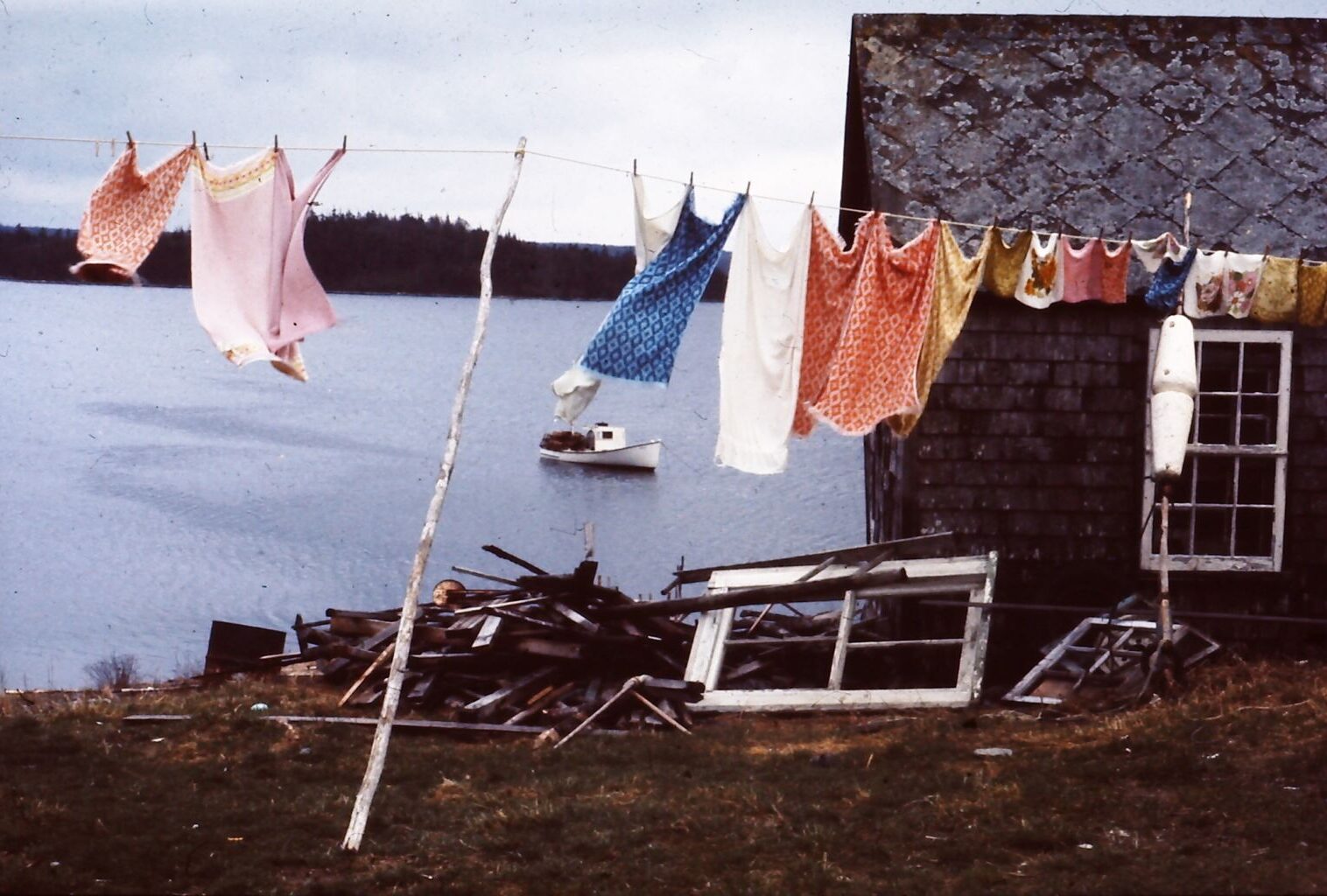 Sometimes I came upon wonderful relics like these painted window blinds in the big, west-facing windows of LaHave Outfitters. The red ochre colour of the blinds was also a revelation (I thought they would be green). 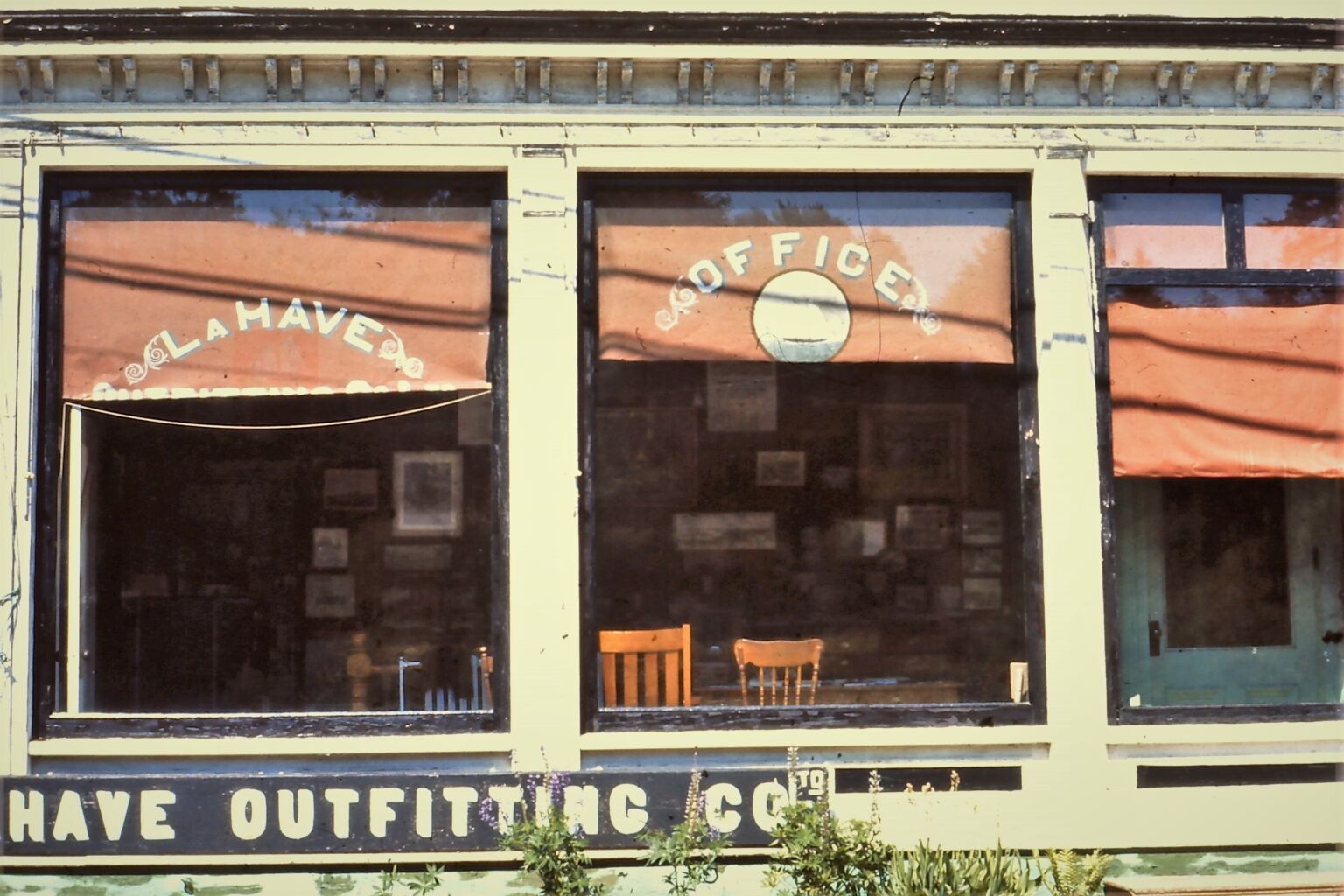 Hardware was another focus of attention as I learned what styles of doorknobs or hinges were used when and where. 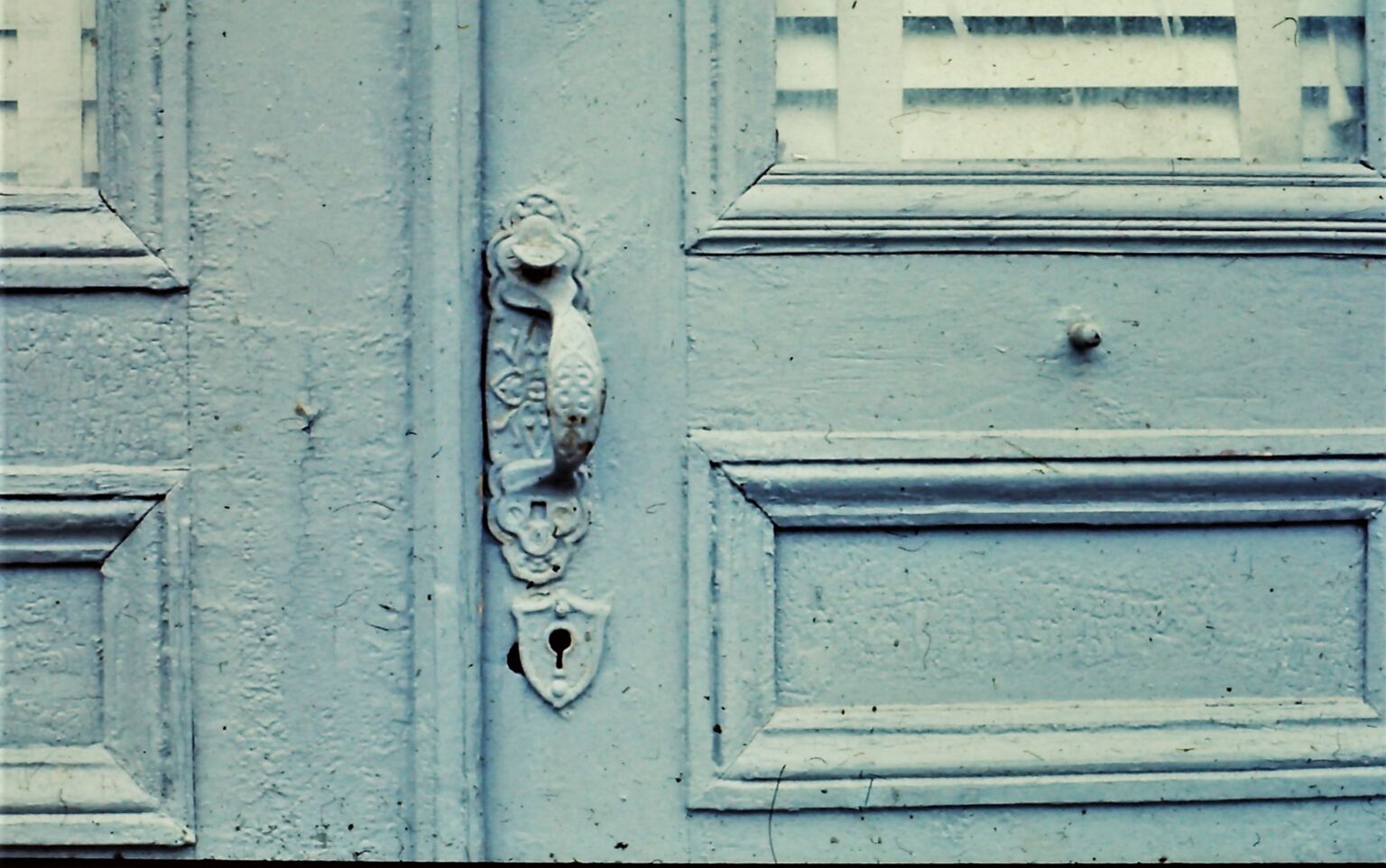 Old photos showed that in 19th-century Sherbrooke many properties were fenced, and this got me noticing remnants of old fencing and their construction details. An endless rail fence near Inverness stretched across the most beautiful field in Nova Scotia. Really. 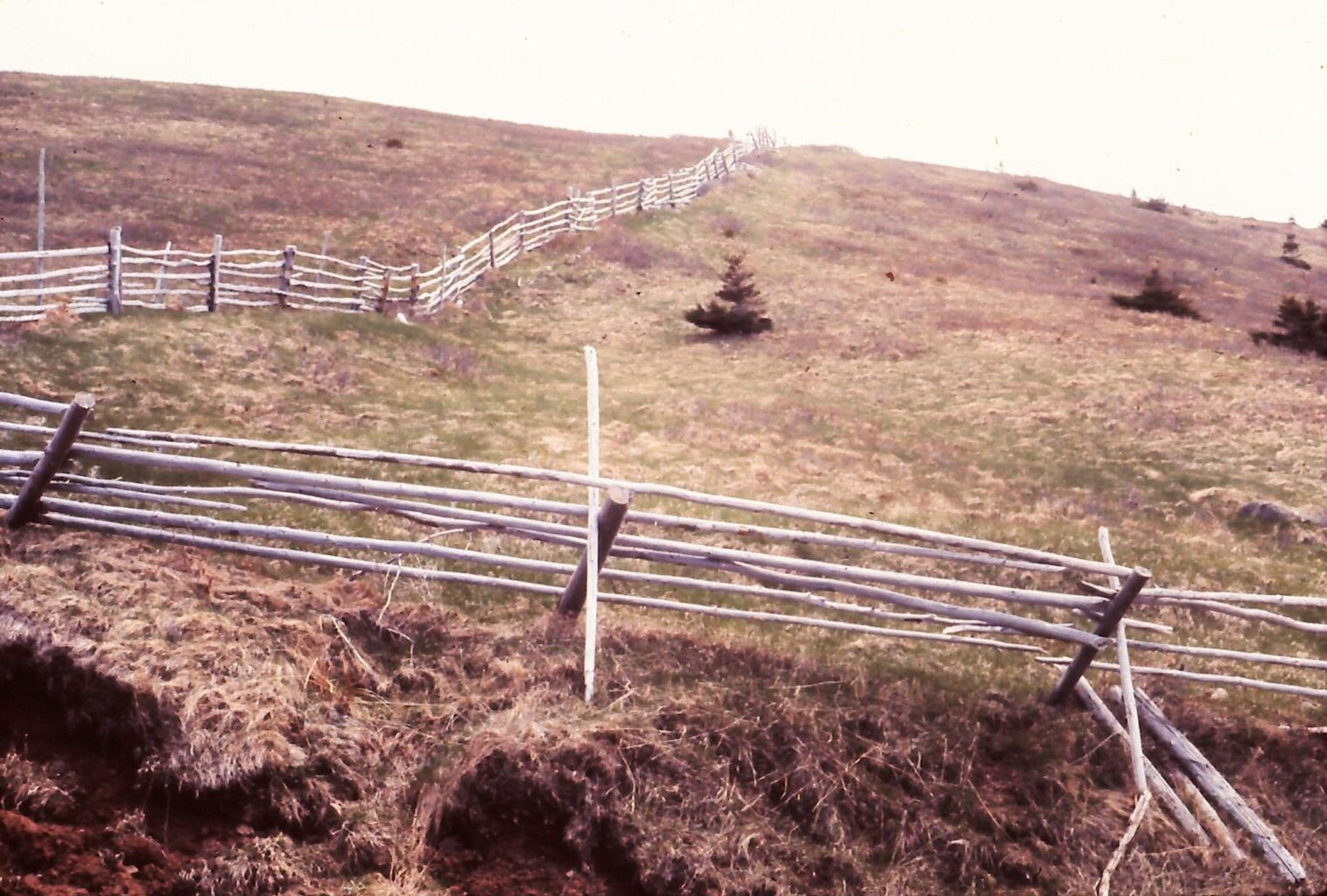 Breathtaking in its simplicity and elegance is this picket fence at a church in Caledonia, Pictou County. The substantial rails are mortised into the slim post. Just stare at it for a blissful moment. 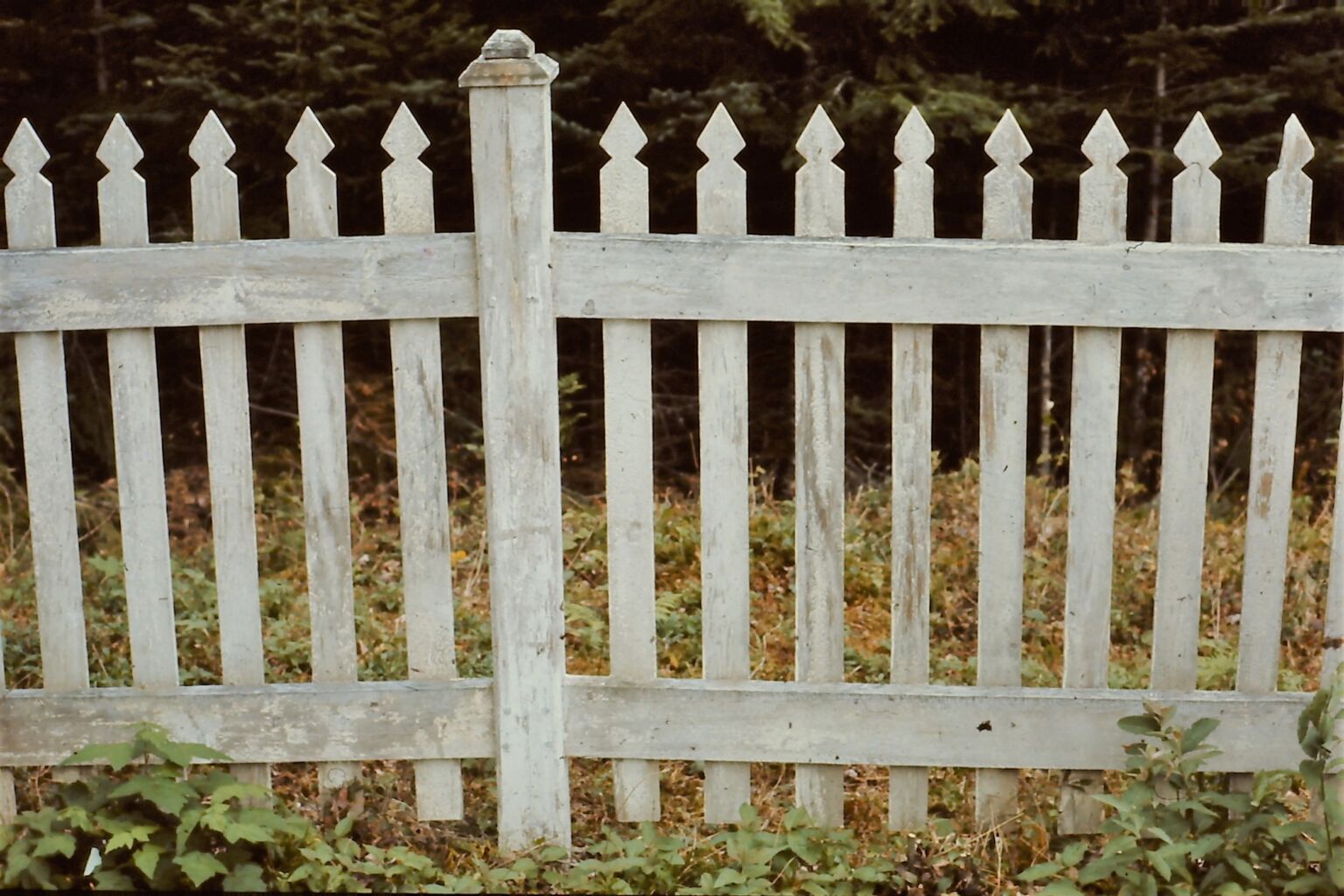 A showstopper of a fence was in front of a big, late-Victorian house in Hantsport. The fence design dated from perhaps the 1880s so it was an amazing survivor. That style of baseboard showed up in old photos and pattern books but I had never seen it in real life. 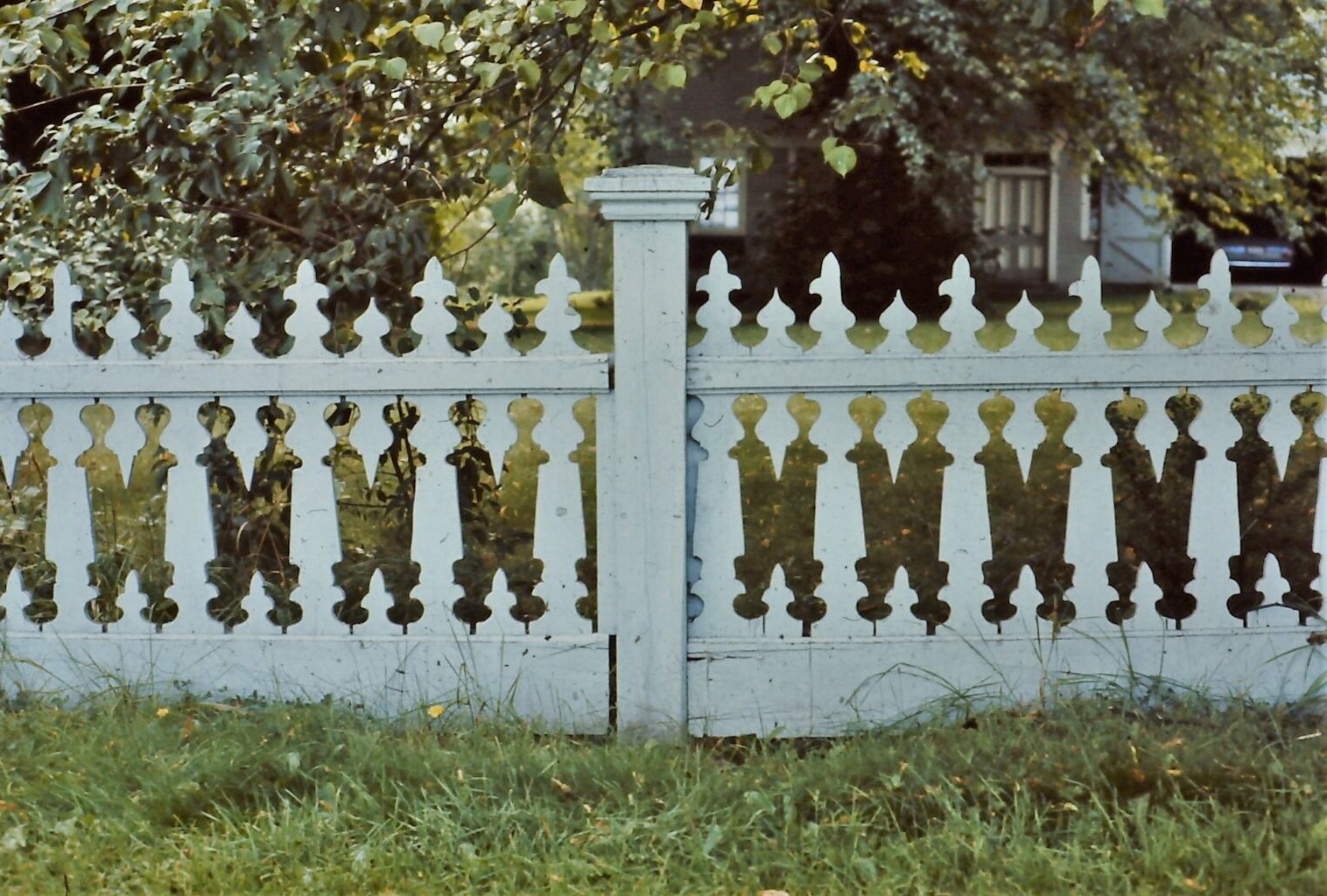 Halifax once had many street side fences, but few survived when I started looking. An unusually wooden fence on Brunswick Street was paneled like a piece of interior woodwork. 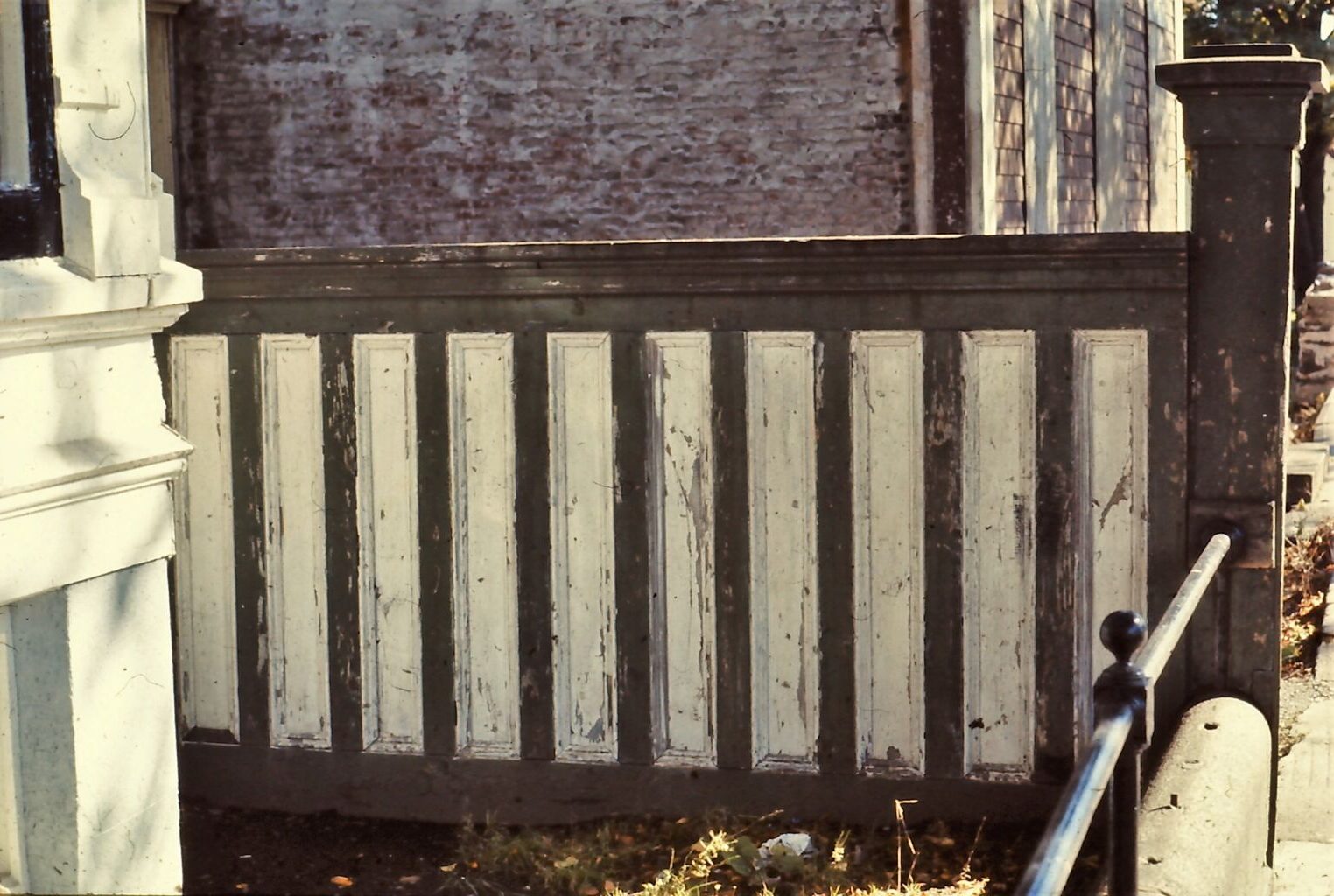 A very high wooden fence hid the Convent of the Sacred Heart from the public’s gaze. This is an inside view of the section along Summer Street. 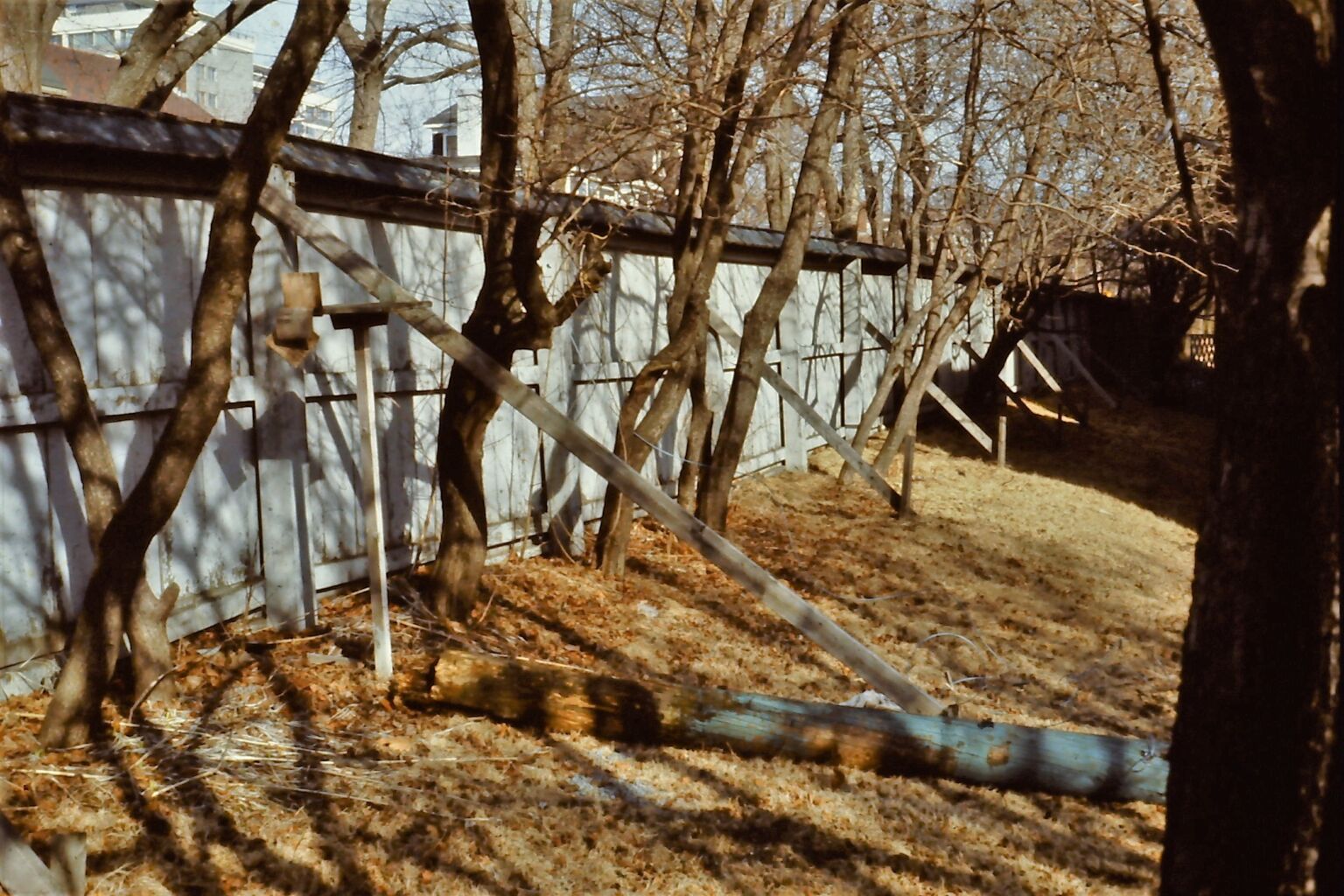 On the left you can glimpse the Convent fence with its little “roof” in this view down Summer Street in 1965. 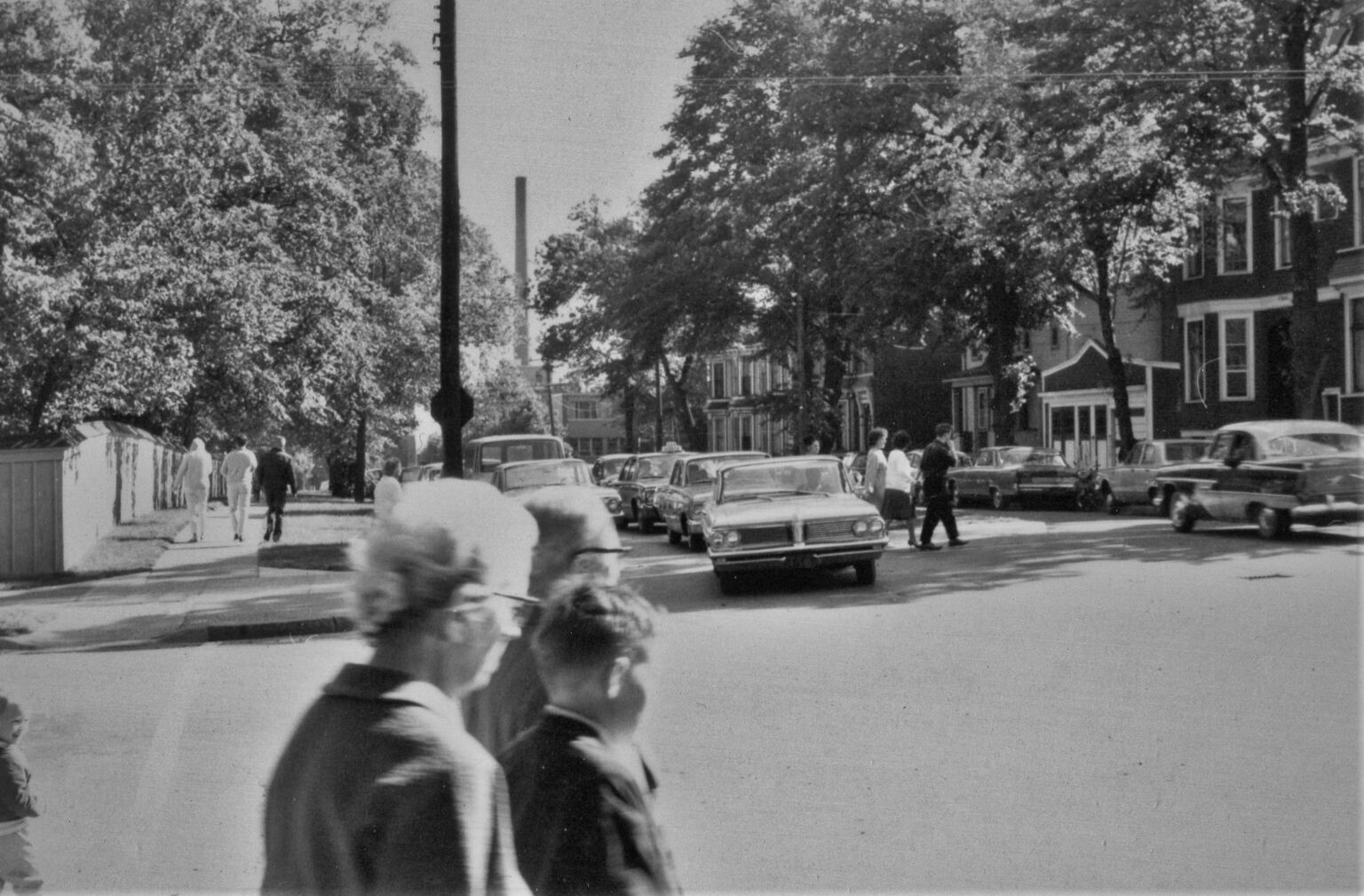 I came back from my year in England, 1972, with a deep affection for old cast iron. Over there it was everywhere, and when I started looking here I found enough to make it interesting. Iron grave markers in Camphill Cemetery from the 1840s. 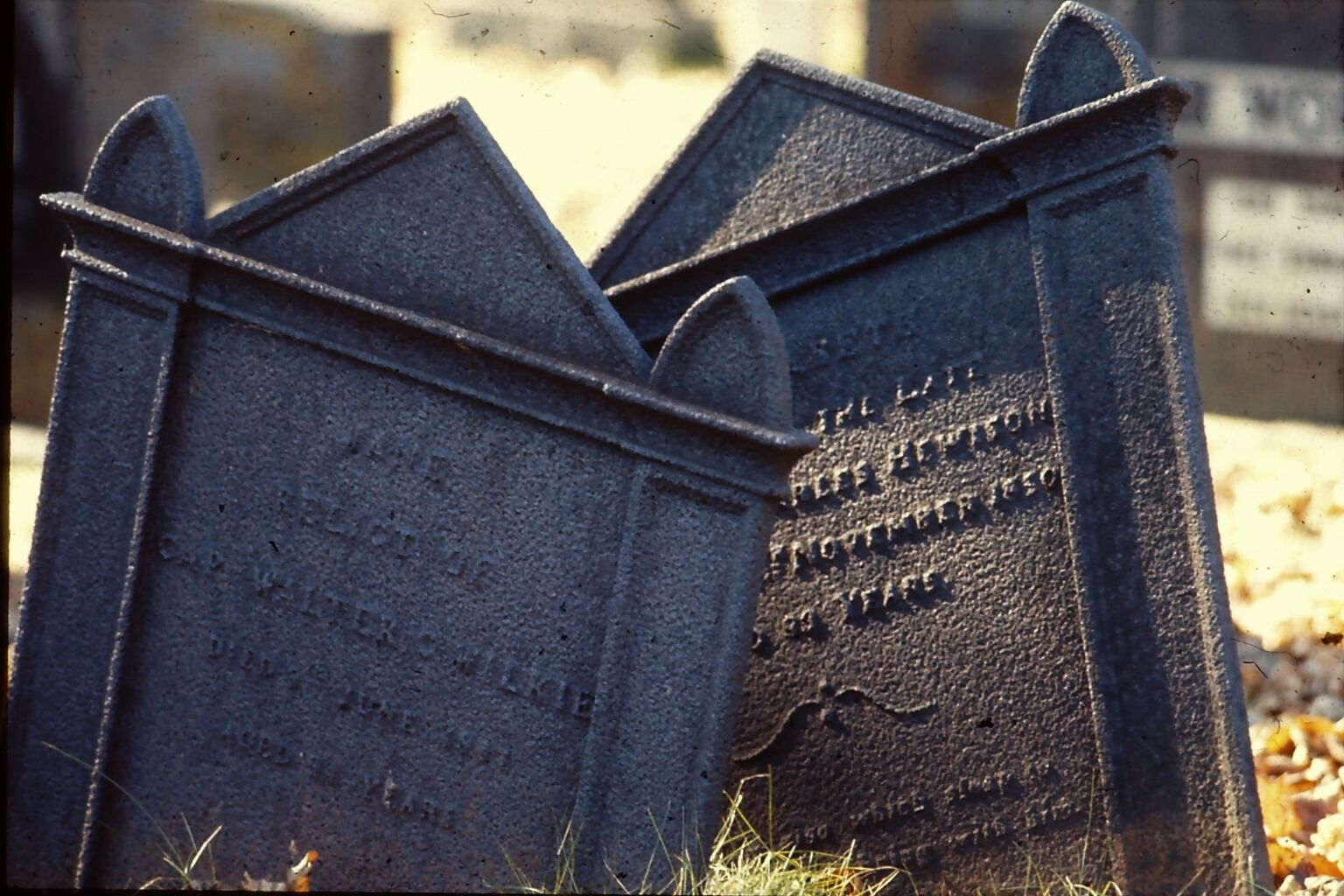 Boot scraper in the Schmidtville  district of Halifax. 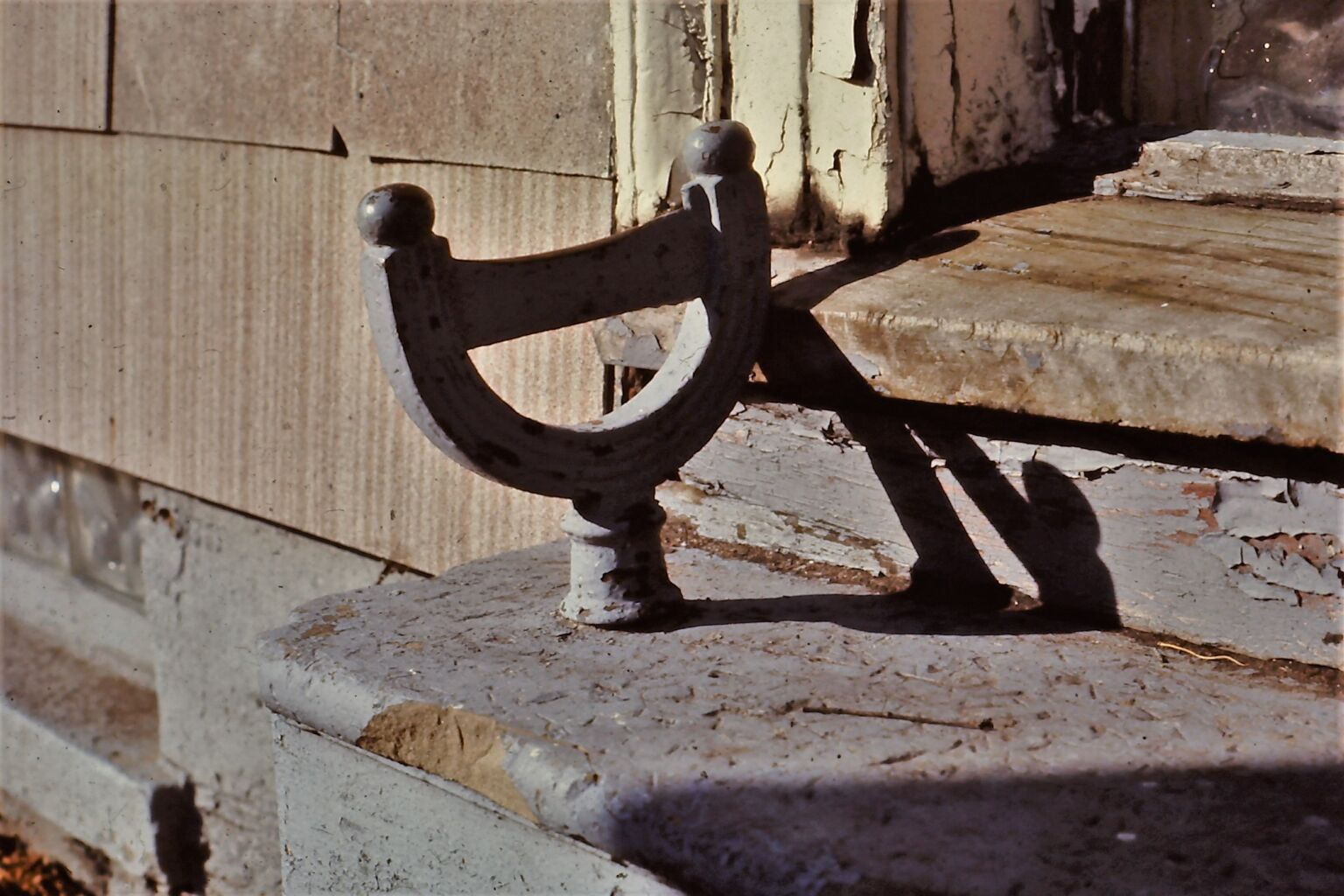 And a very unusual boot-scraping iron step on Brunswick Street. 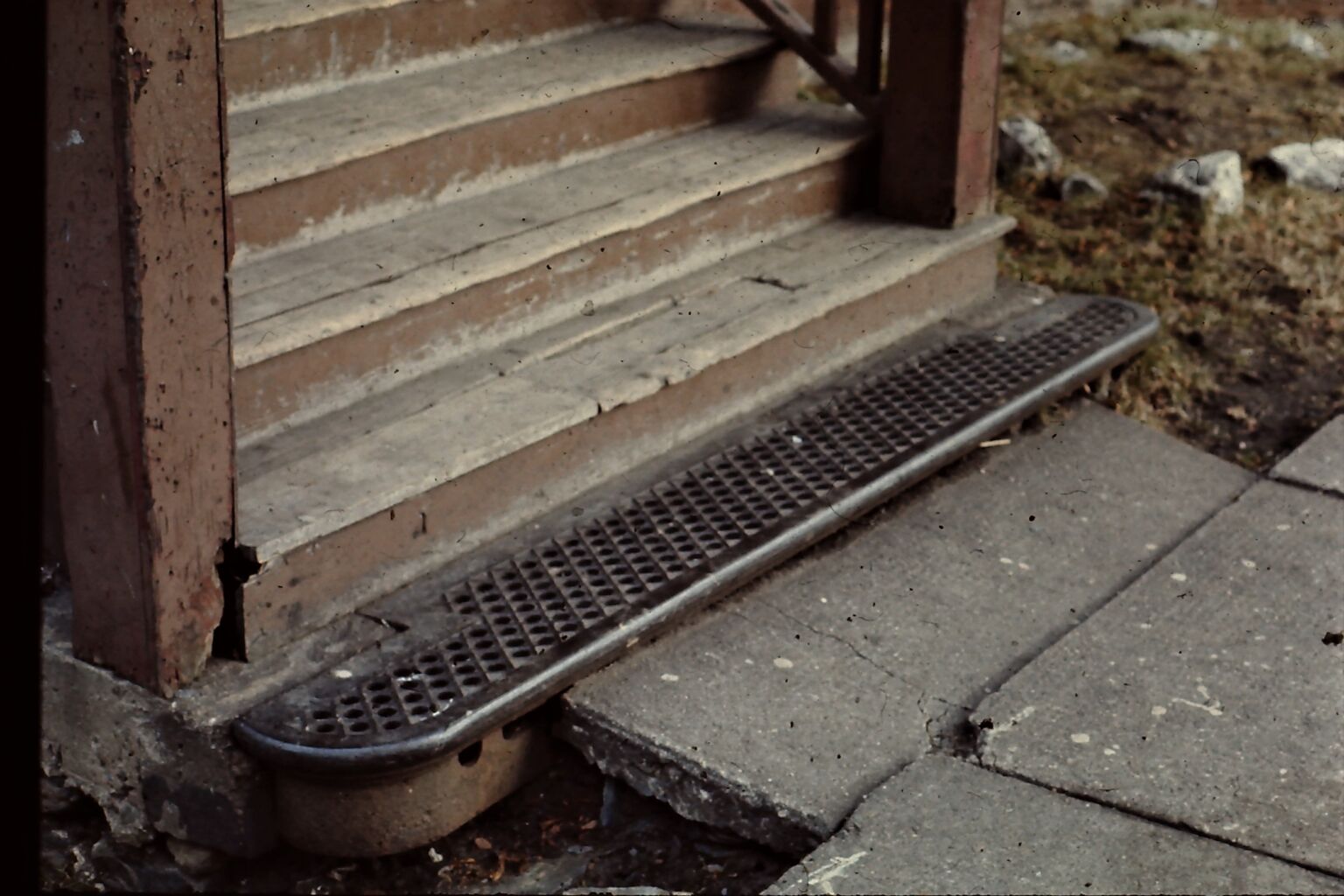 On my iron-seeking rambles a small magnet helped me identify unexpected ironwork like these newel posts and balusters on steps to an important old house on South Street in Halifax. Same idea as all those plastic railings for decks you can buy today. 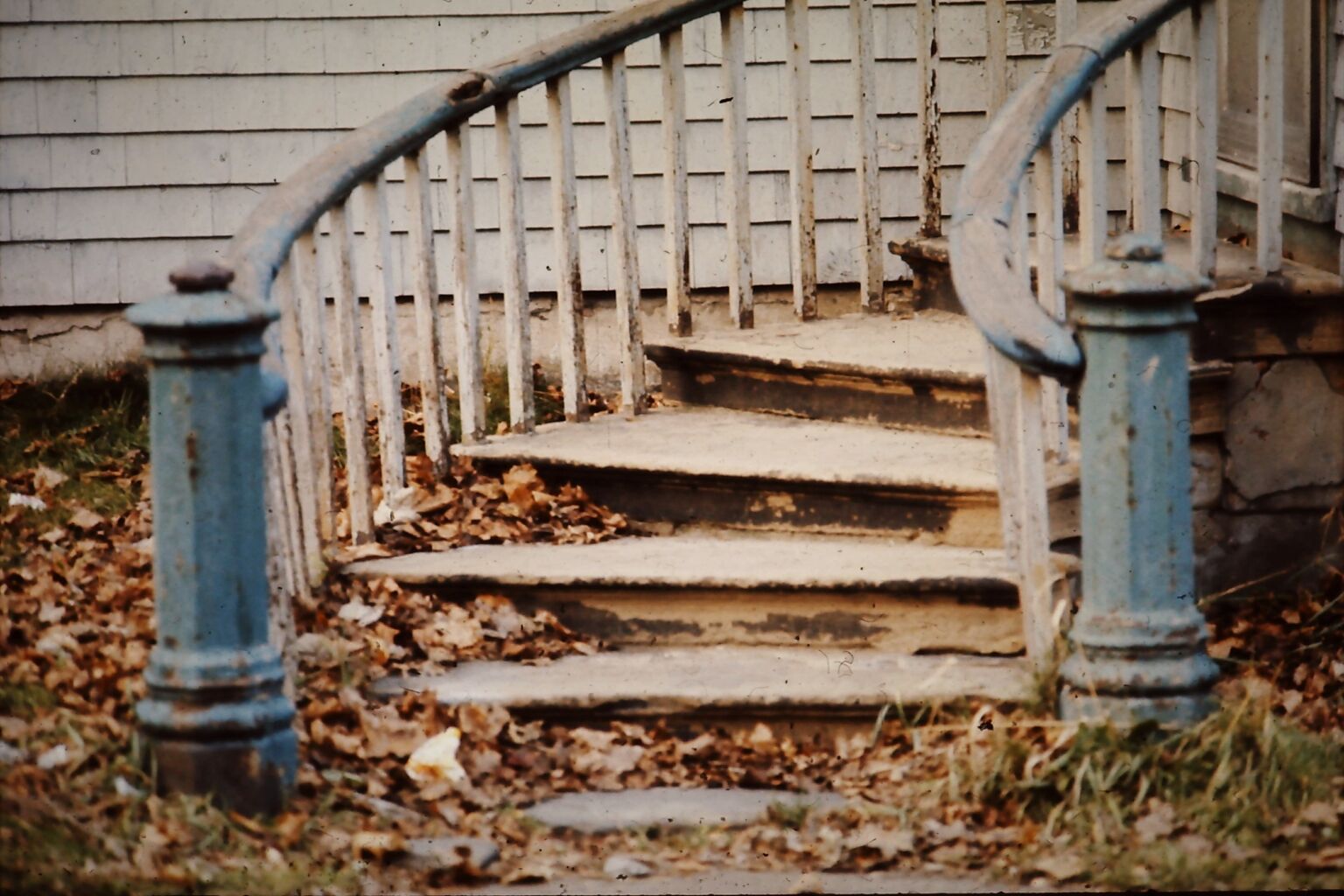 Have you ever been to Marble Mountain? It is a former mining community clinging to a hillside beside an out of the way shore of the Bras d’Or Lake. This is what it looked like early in the last century. 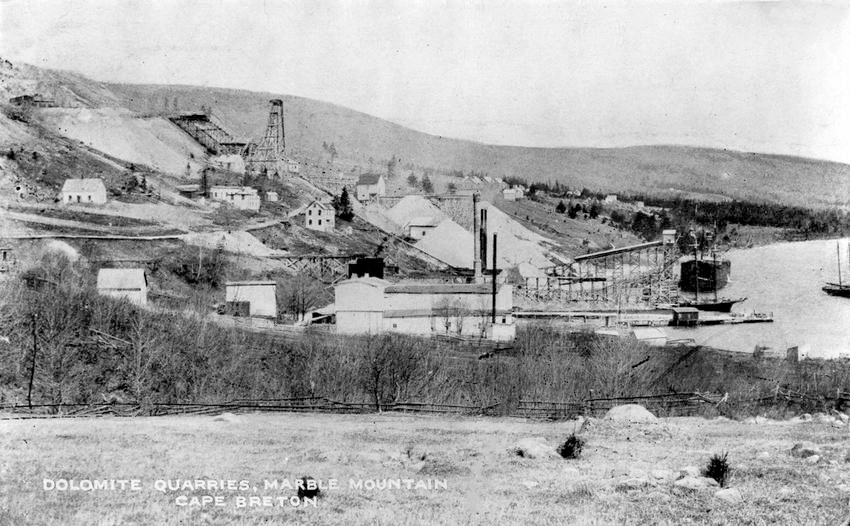 I first saw the community in 1961  and the experience created a lasting impression. Then it was reached on a dirt road, through a green tunnel of trees. We emerged below a massive white scar in the mountain side, the abandoned dolomite quarry. A magnificent view, of the lake dotted with islands, was framed by empty commercial buildings from a time when it was a boom town.

When I revisited Marble Mountain in the early 70s it still maintained some of its strangeness. A once-stylish commercial building was fading fast (I understand that improbably it has been saved). 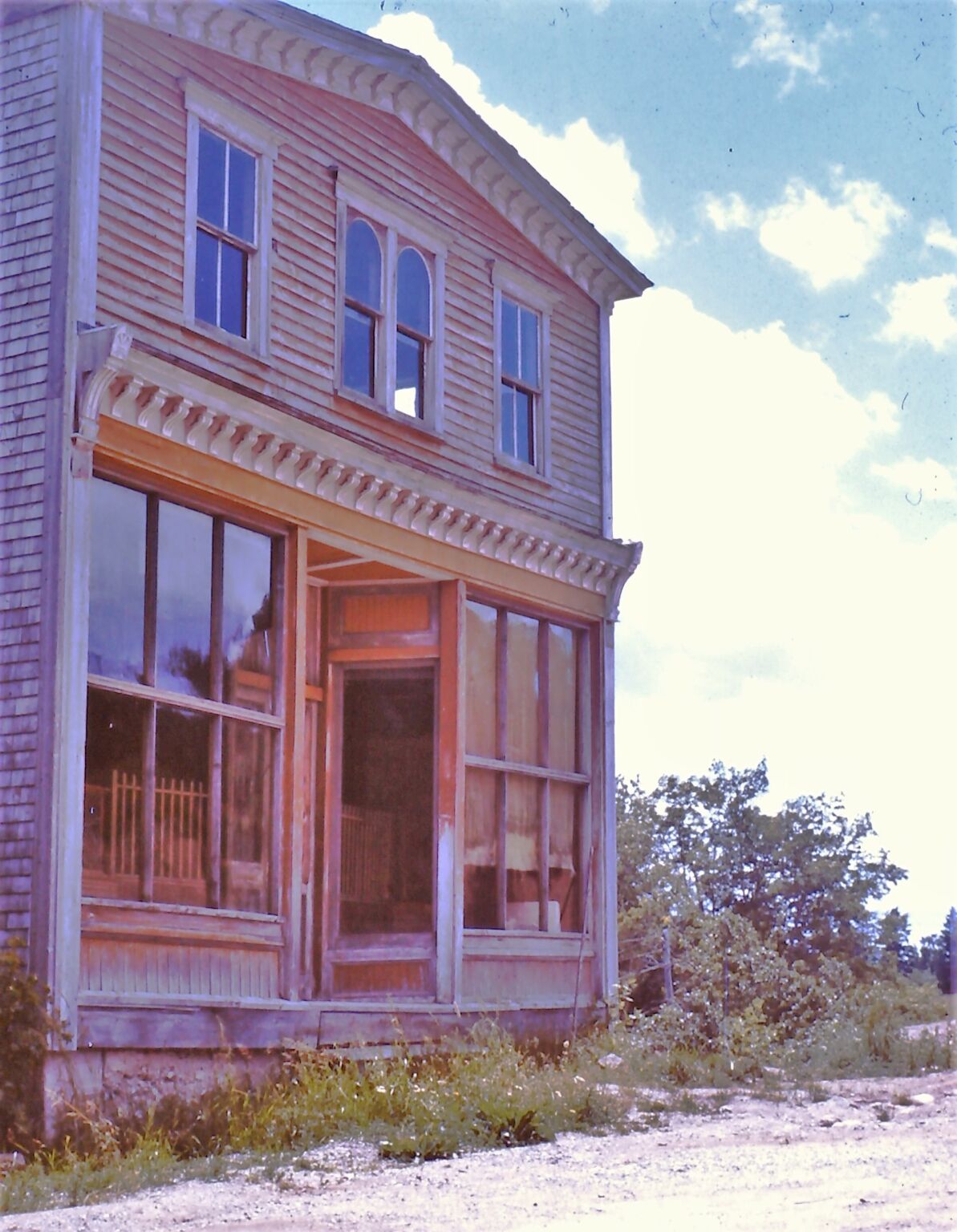 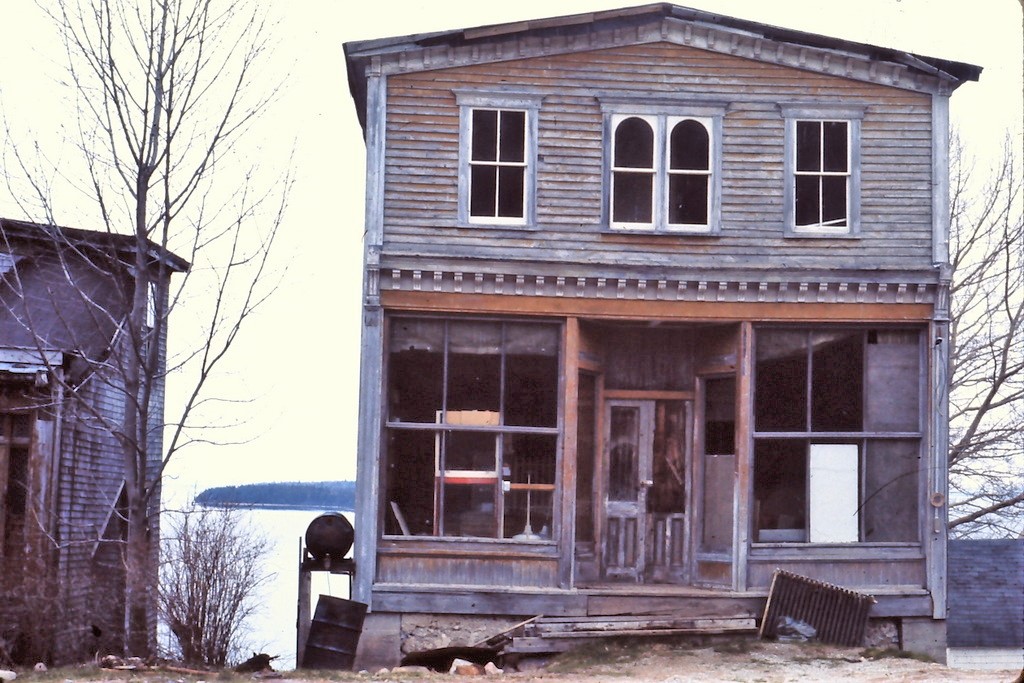 I passed through Marble Mountain several times in the 1970s and on each occasion the only living creature in sight was a shaggy white horse wandering beside the road. Like I say, it was a special place. 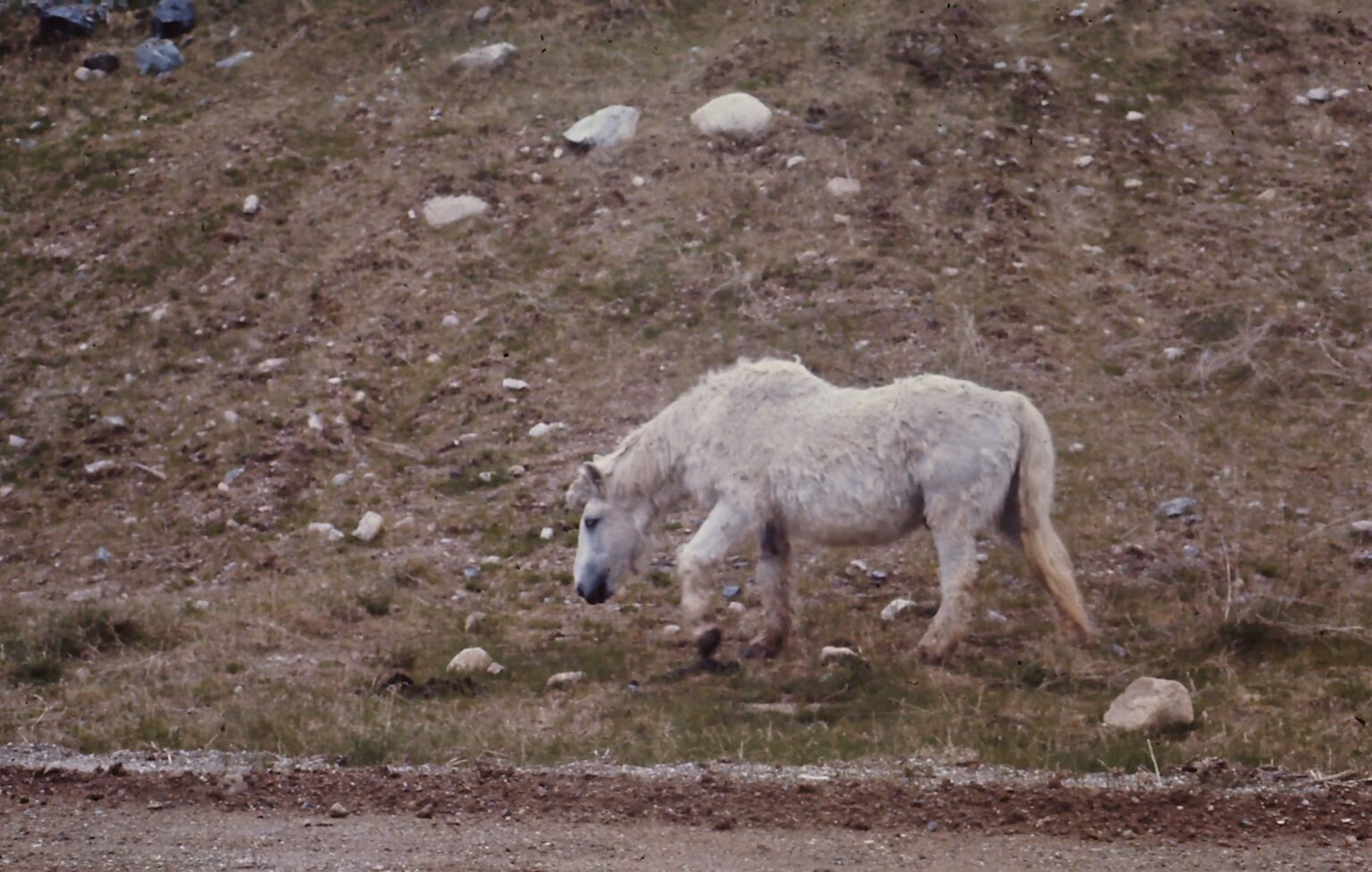 Another bit of Cape Breton specialness is the chip wagon in Glace Bay. It was ancient when we stopped in 1974, and to my amazement it still operates! It has an interesting story that is easy for you to find. 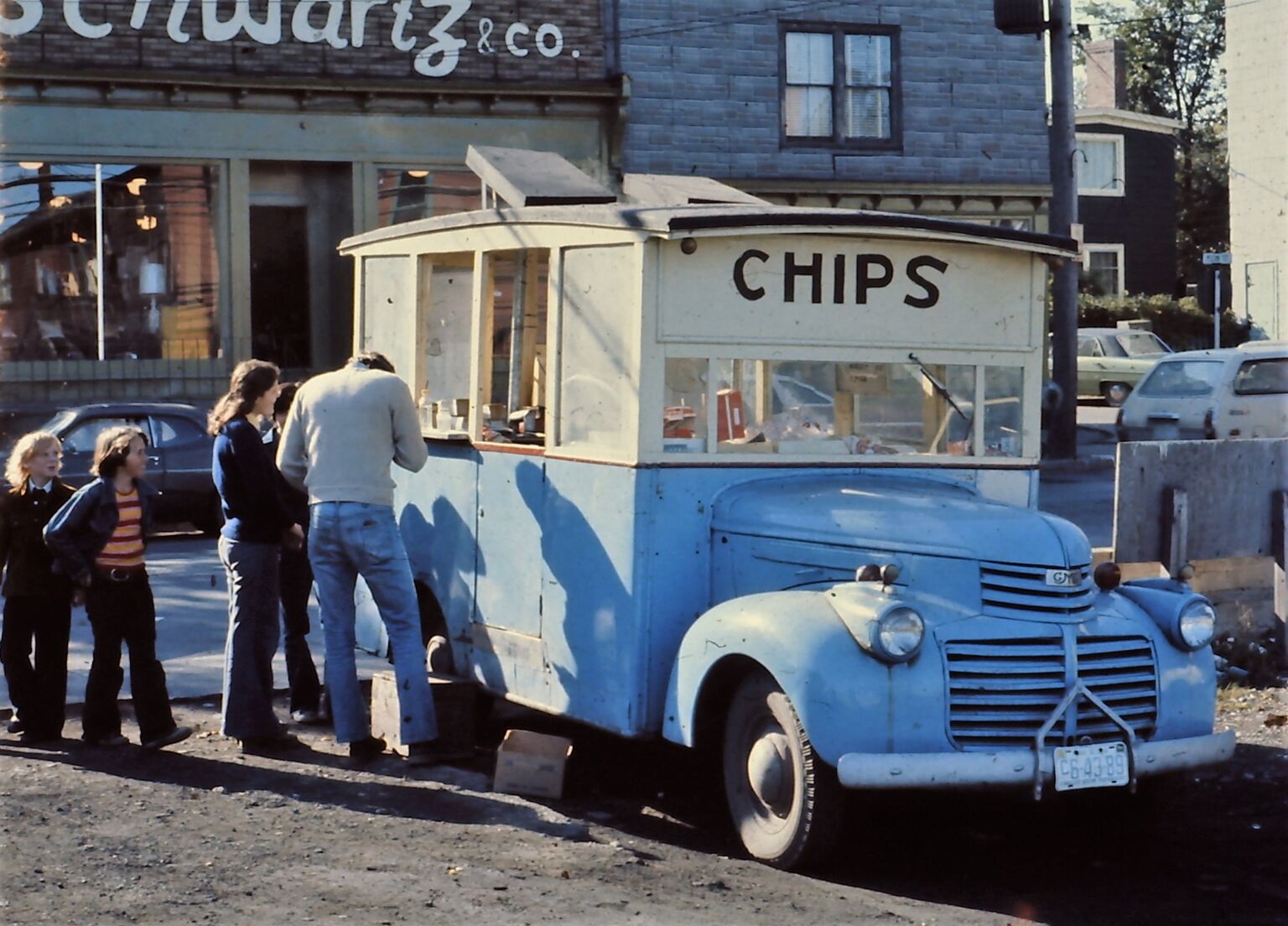 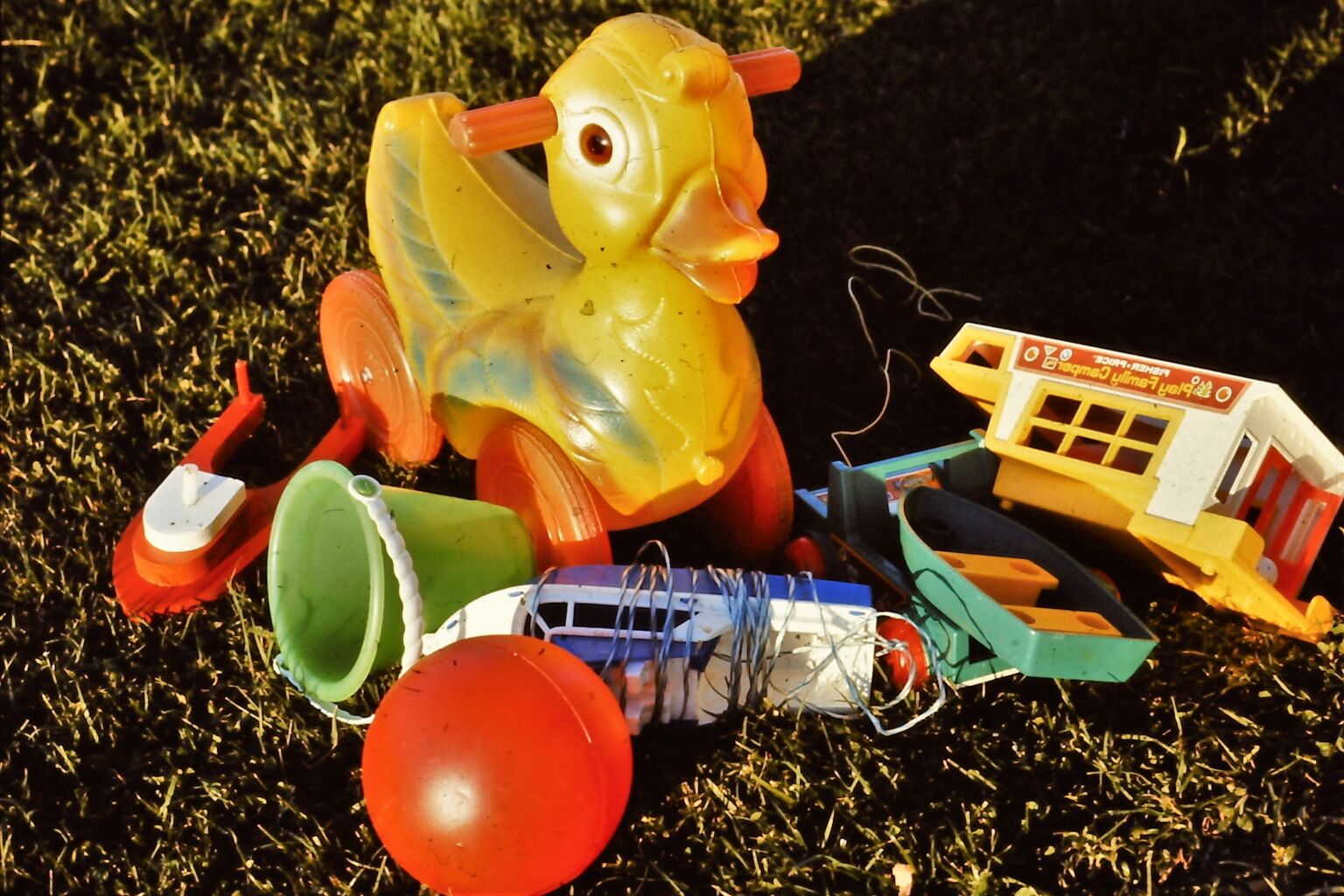 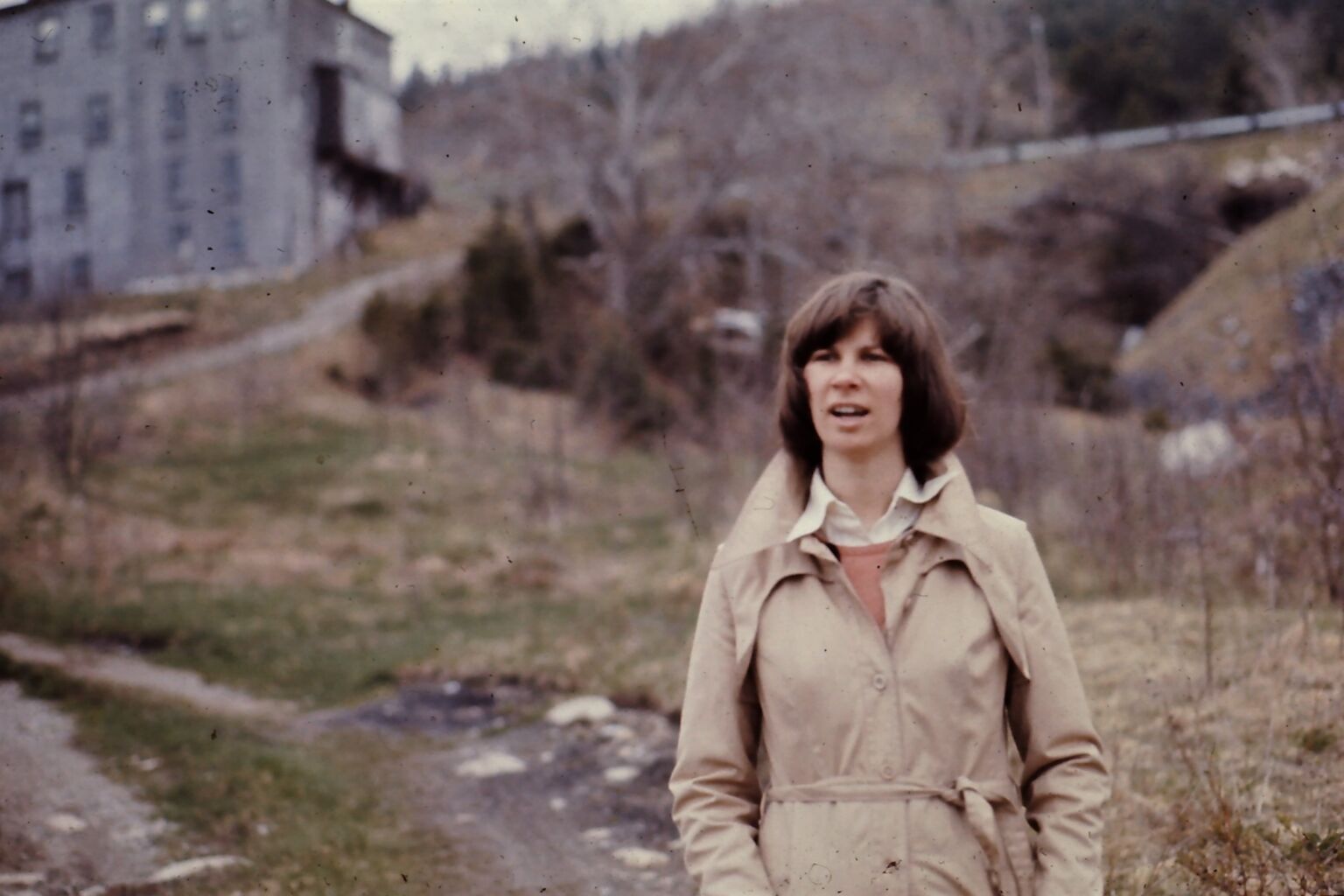 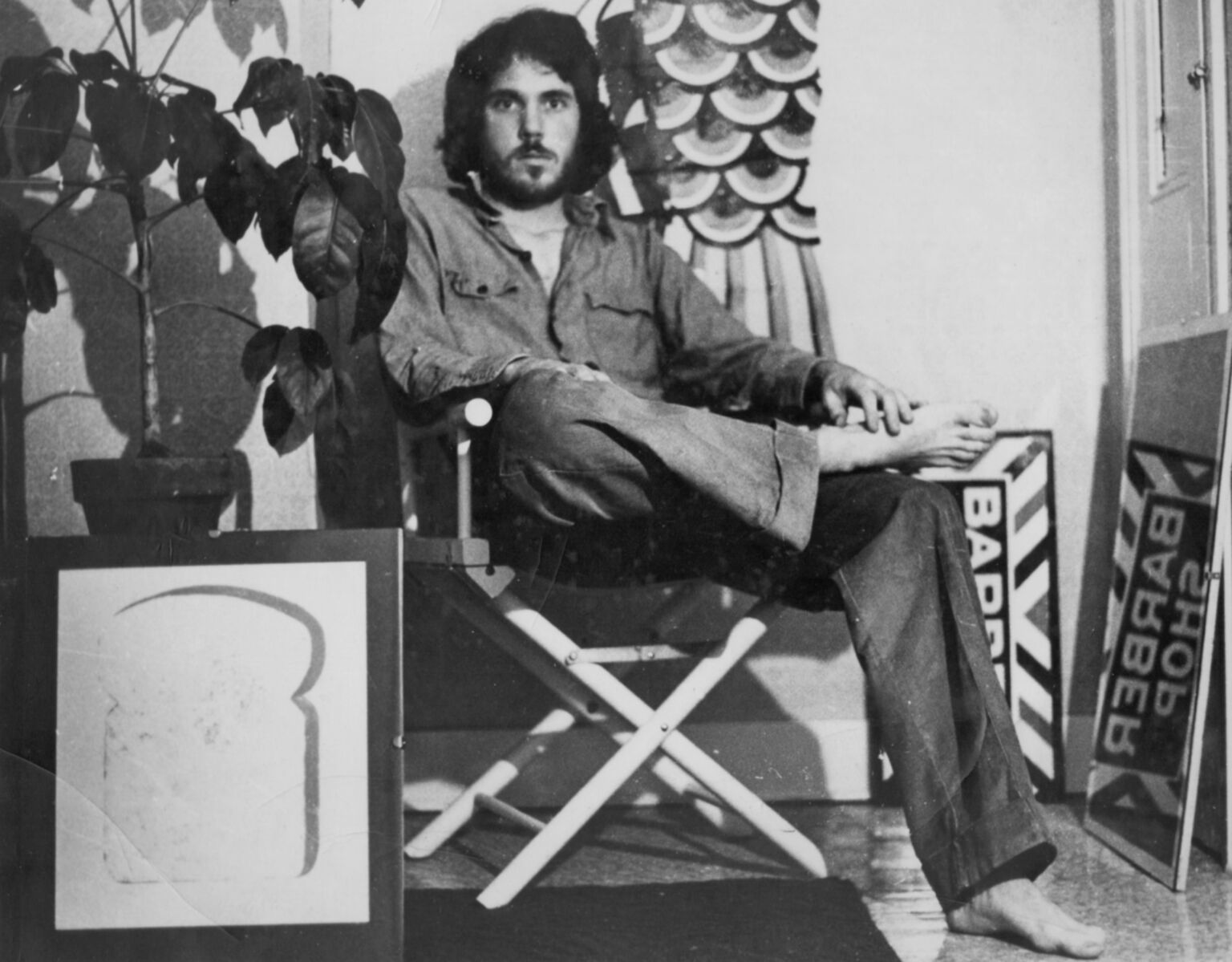