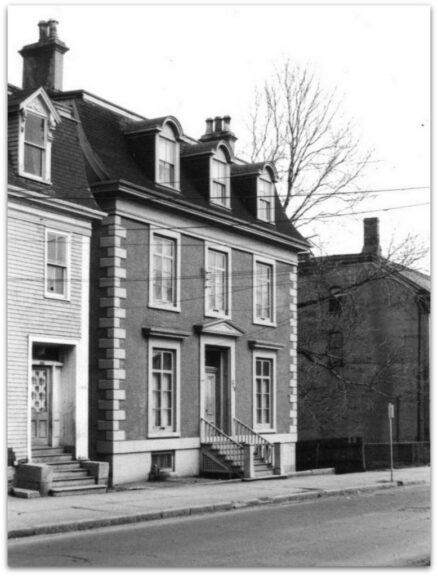 This is the third album of my little collection of photos, arranged in more or less chronological order.  A selection from 1966.

In the spring of 1966 I visited Brunswick Street to see what had been Halifax’s “best” residential street during the last half of the nineteenth century. Prosperous families built big, stylish houses at the north end of the street, to be a little removed from the hurly-burly of downtown but still a short walk to their wharves and and warehouses along the waterfront.

In this street view,  Hope Cottage in the foreground (built in the early 1800s) and the tiny Old Dutch Church (1756) at the end of the block, are towered over by the newer houses. 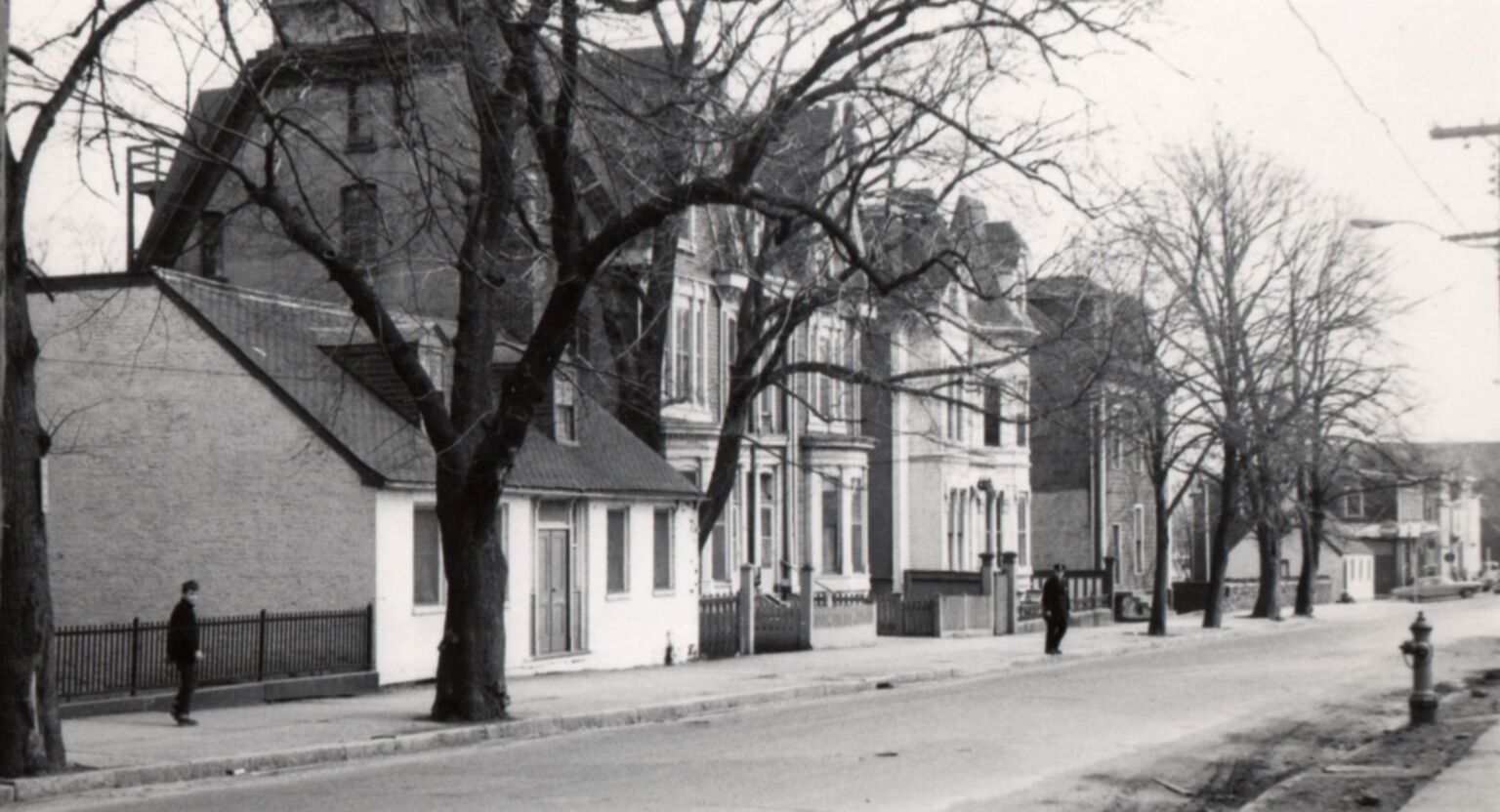 By the time of my visit most of the houses were probably divided into flats or rooming houses. They were very much in decline but few architectural elements had gone missing and little had been added. They were “authentic.” It was sort of the last moment. 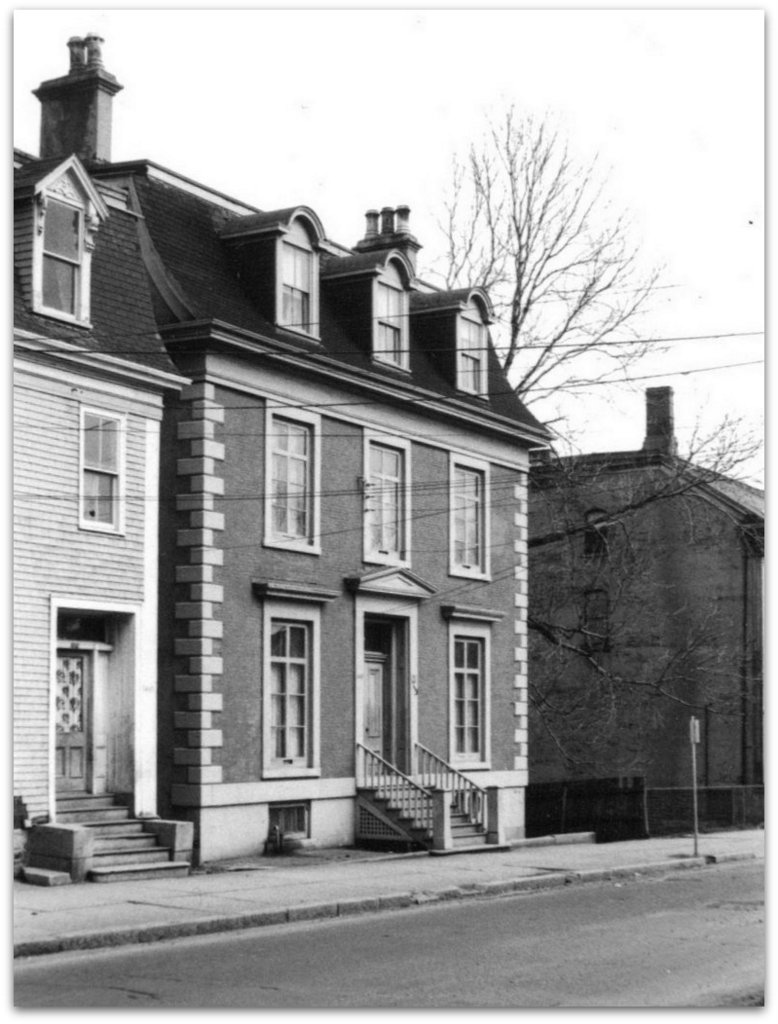 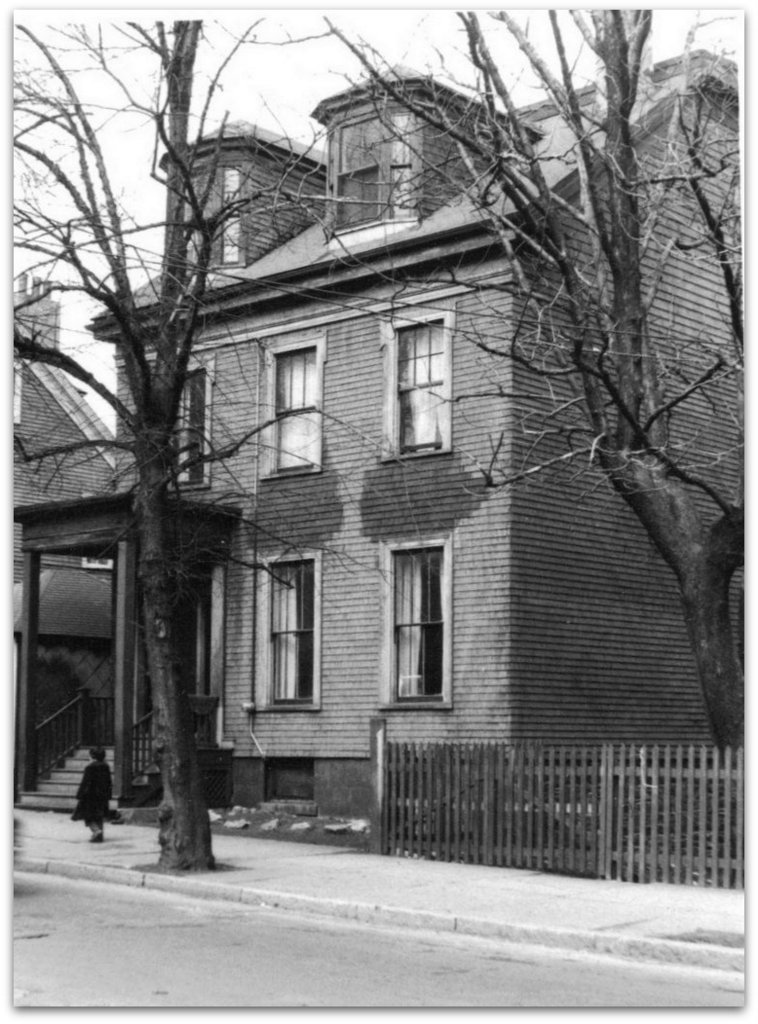 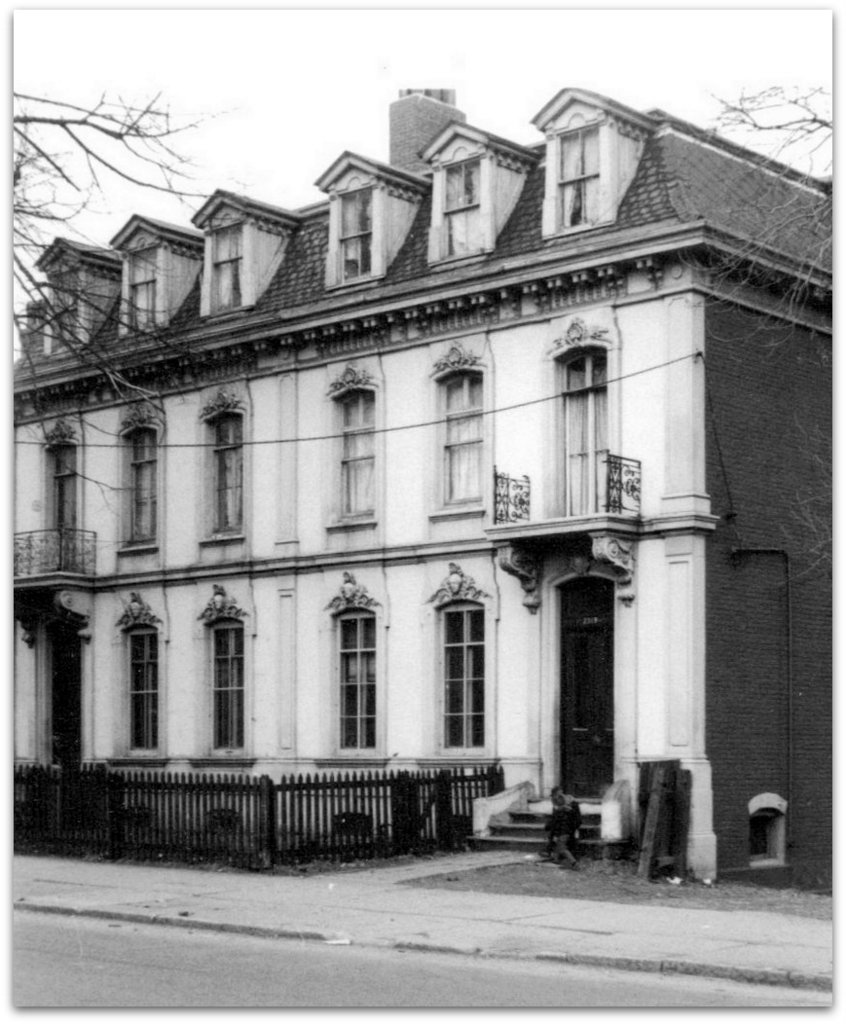 At the time I would not have recognized these gate posts as cast iron. 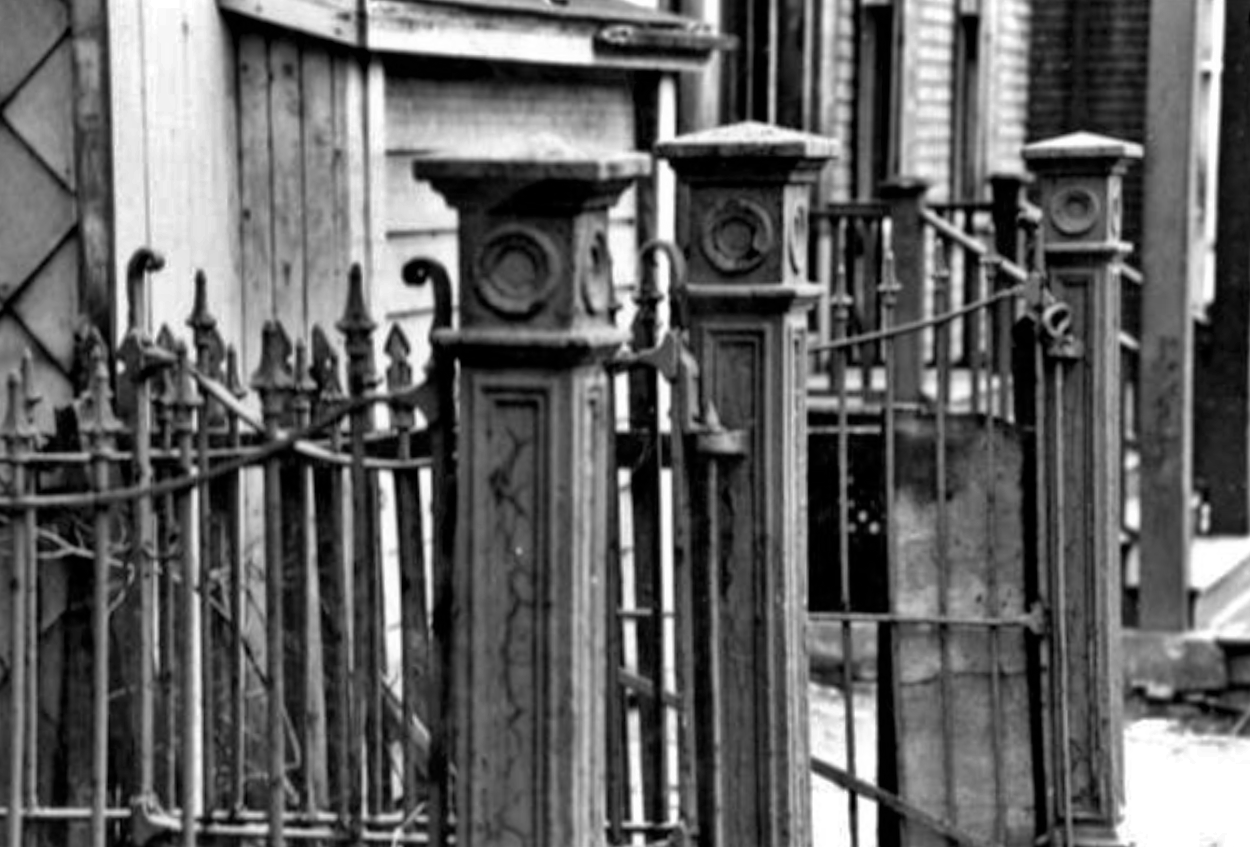 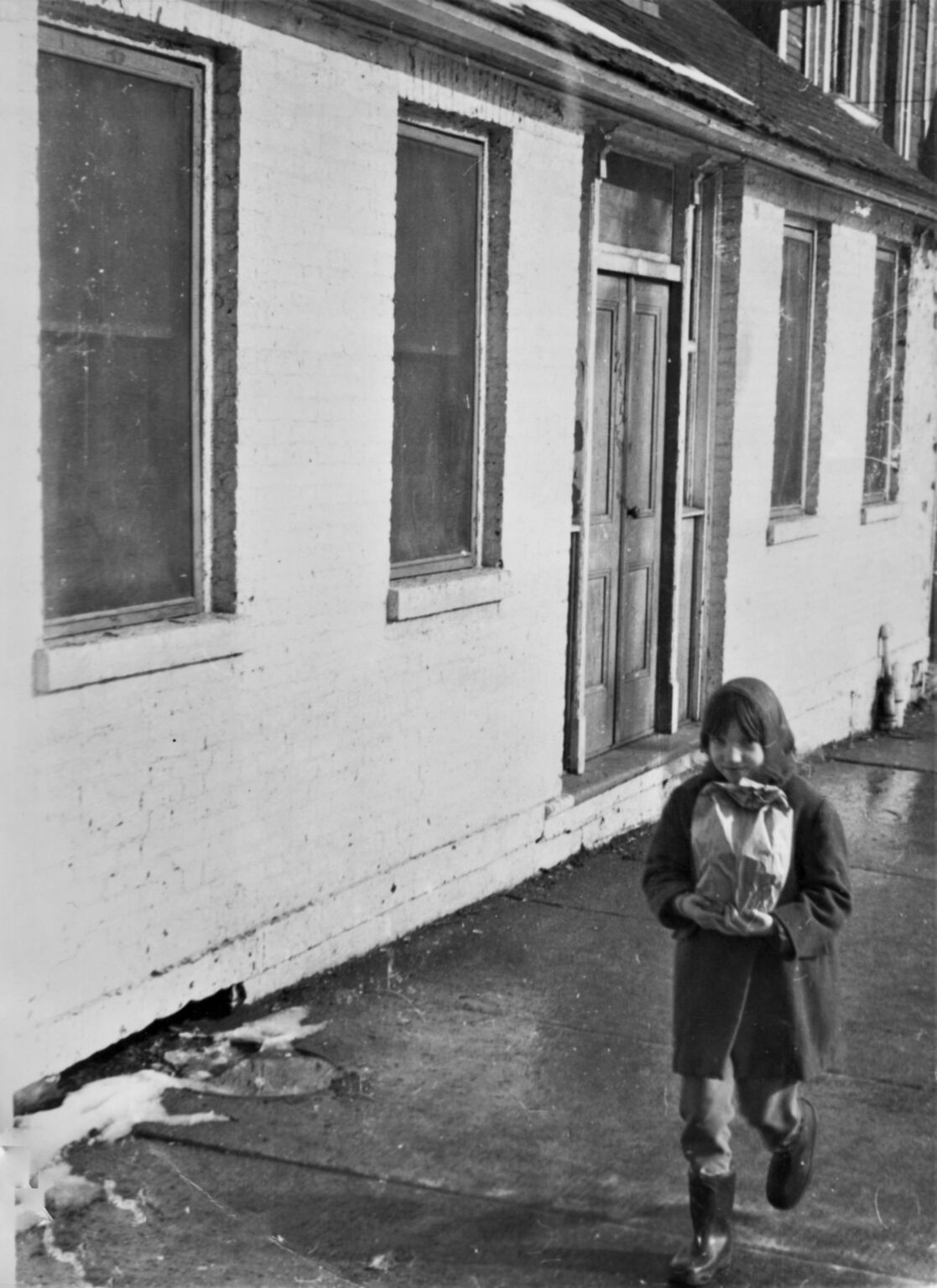 The Scotia Square and Cogswell Interchange zones were cleared without my notice. When I wandered into the area (perhaps on the same day I visited Brunswick Street) there were only a few buildings remaining on Barrington giving a taste of the district that had been leveled. In the foreground are some of the hectares of wasteland. 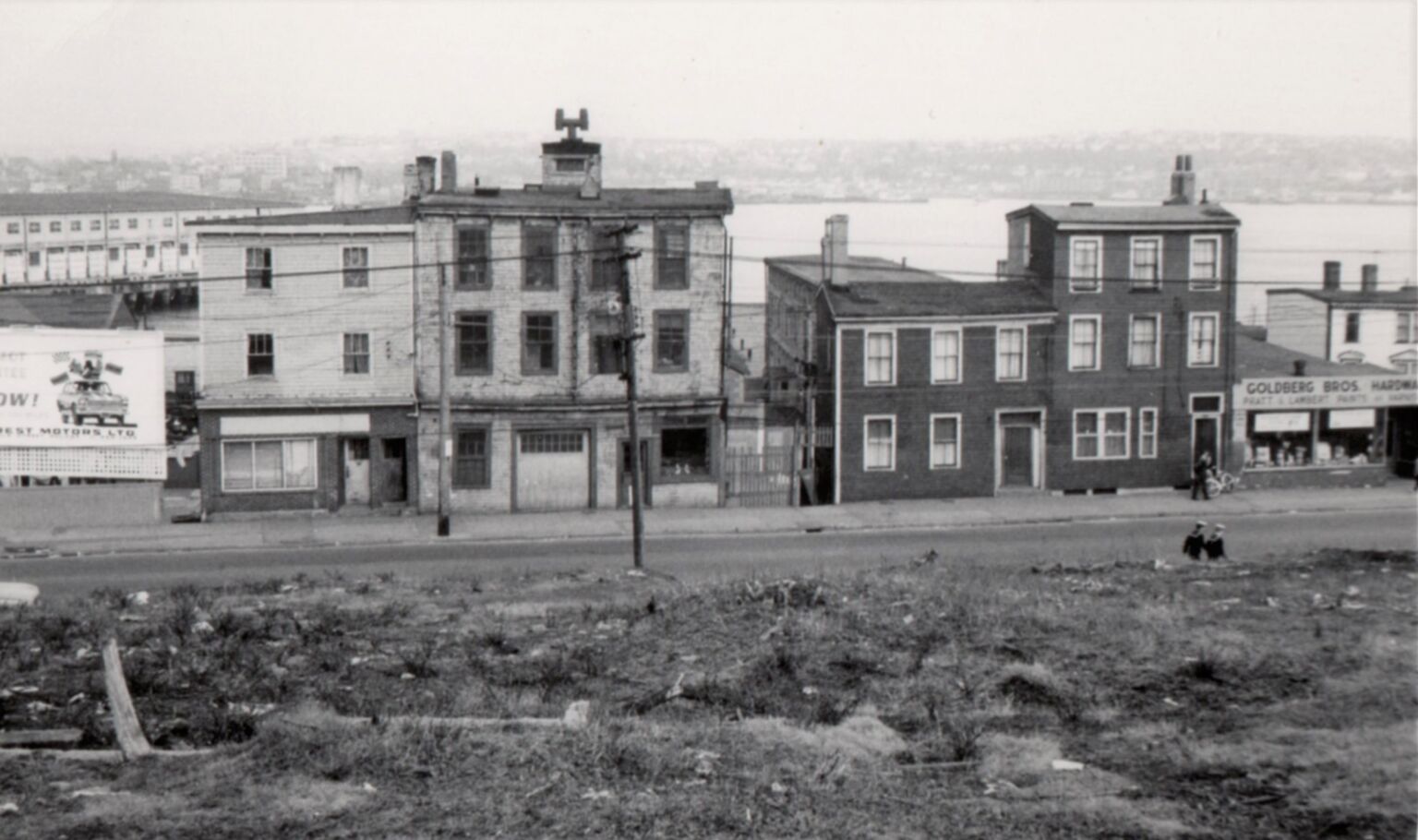 Nearby I photographed Bells Lane, the last cobblestone road that had never been covered in asphalt. All the buildings for blocks around had been torn down. The Scotia Square Food Court is more or less above this location. Think of that while you eat those fries. 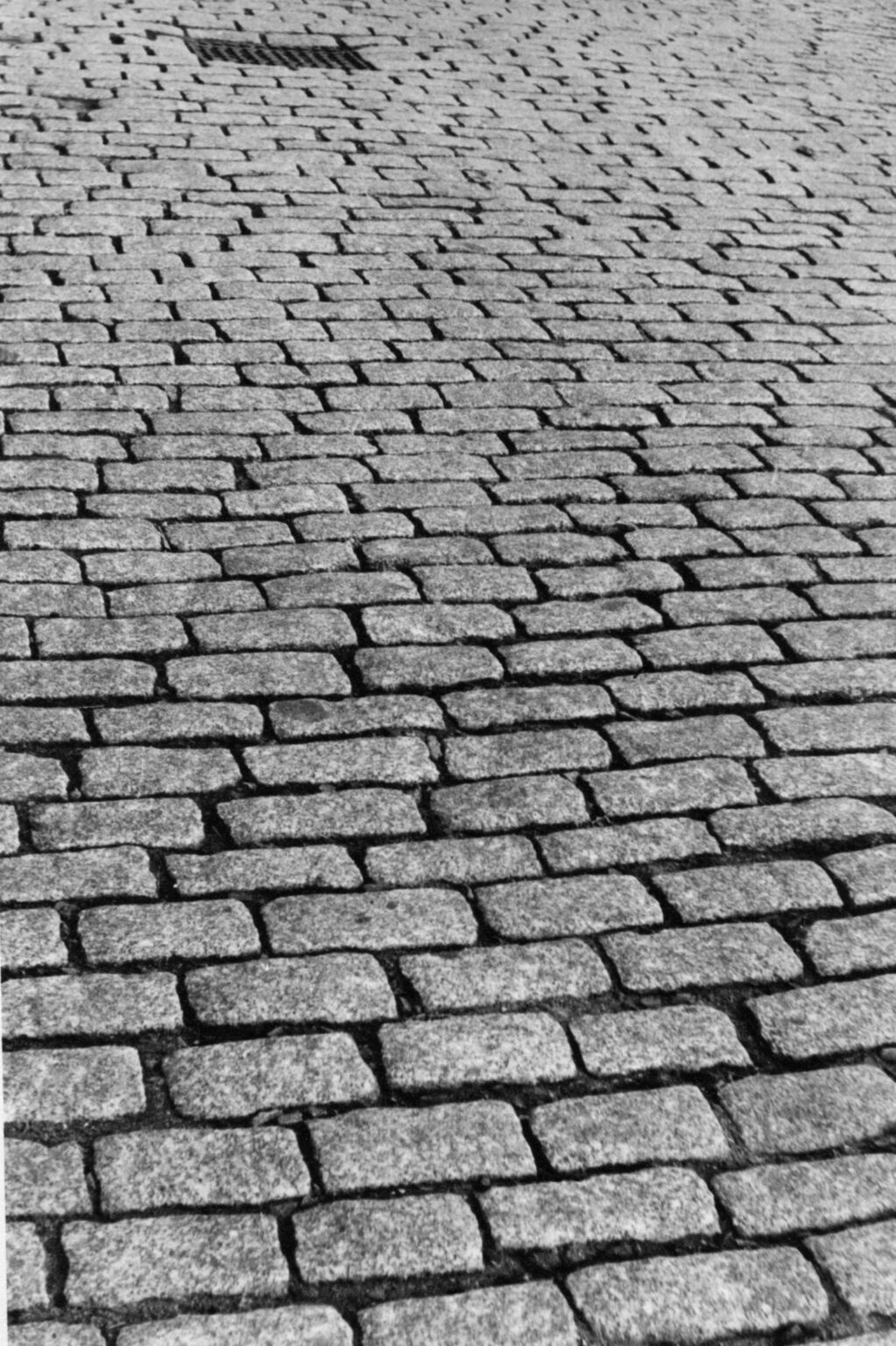 Curiosity sent me to the Municipal Archives’ wonderful collection of photos of this part of town to find Bells Lane. Here is what that little cobblestone road looked like a few years before my photo, when some buildings were still standing, but already empty. 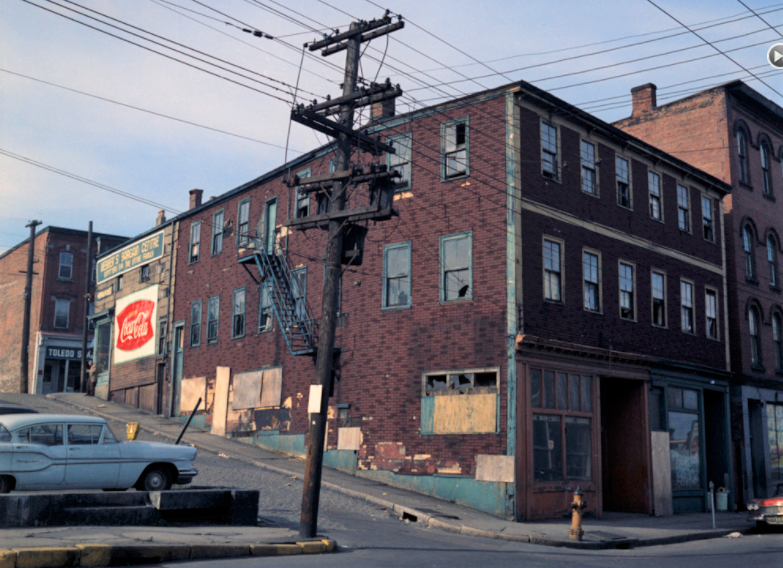 Walking back to my home territory I snapped this view up Sackville. The two people are next to  the location of the brand new YMCA . 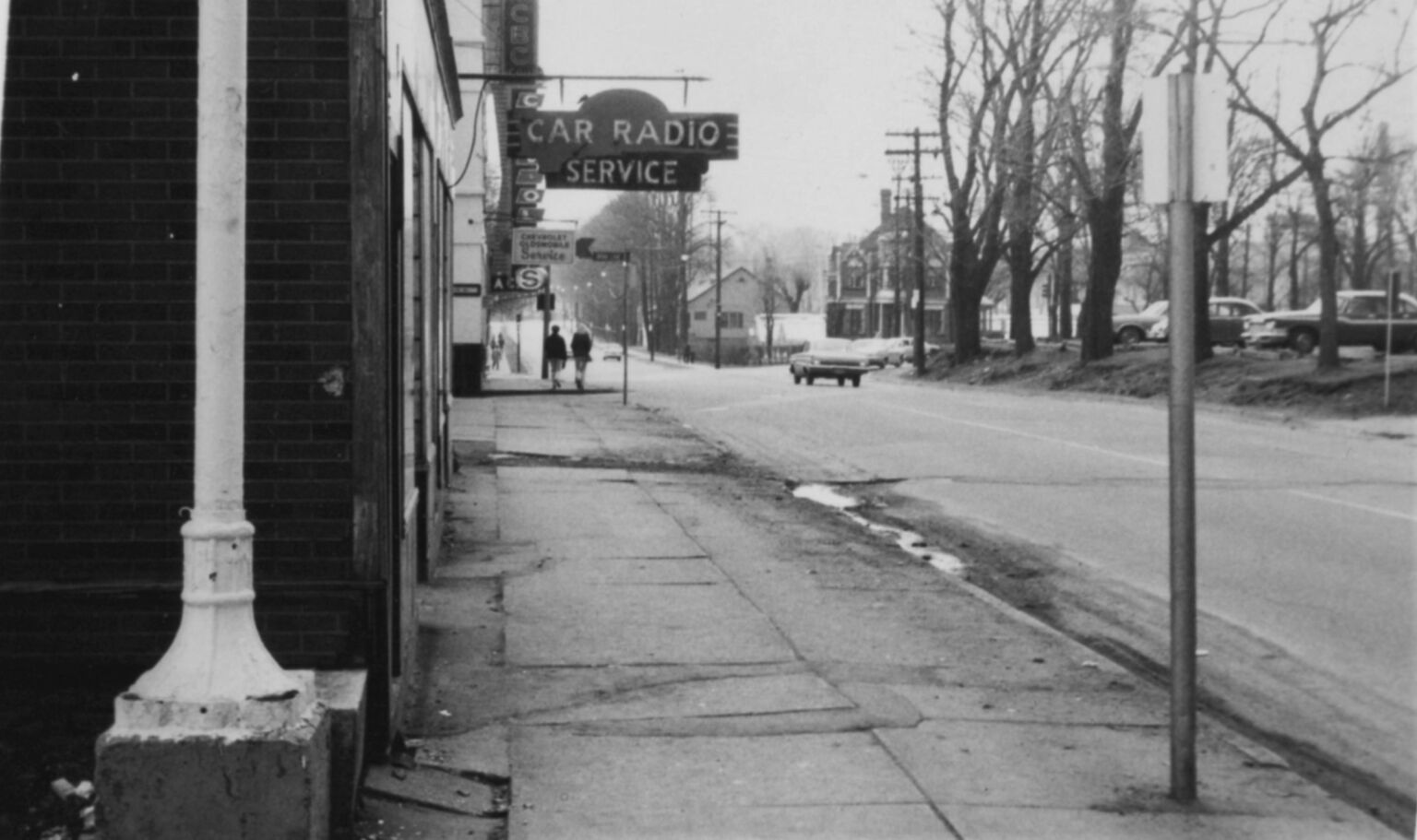 No post is complete without a gravestone and this is a very special example in Camp Hill Cemetery. I appear to have crouched down to shoot from a lower angle. Good choice. 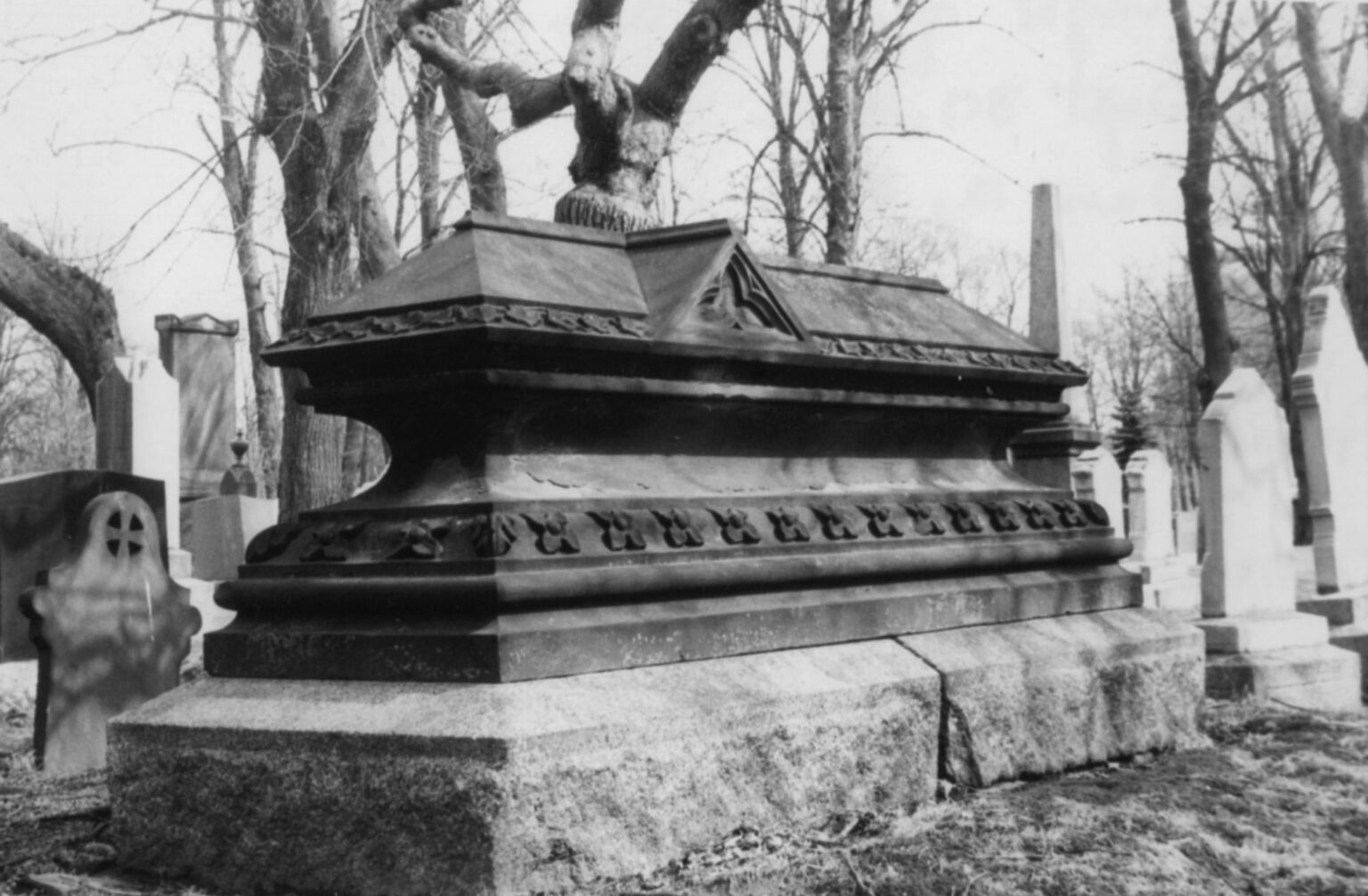