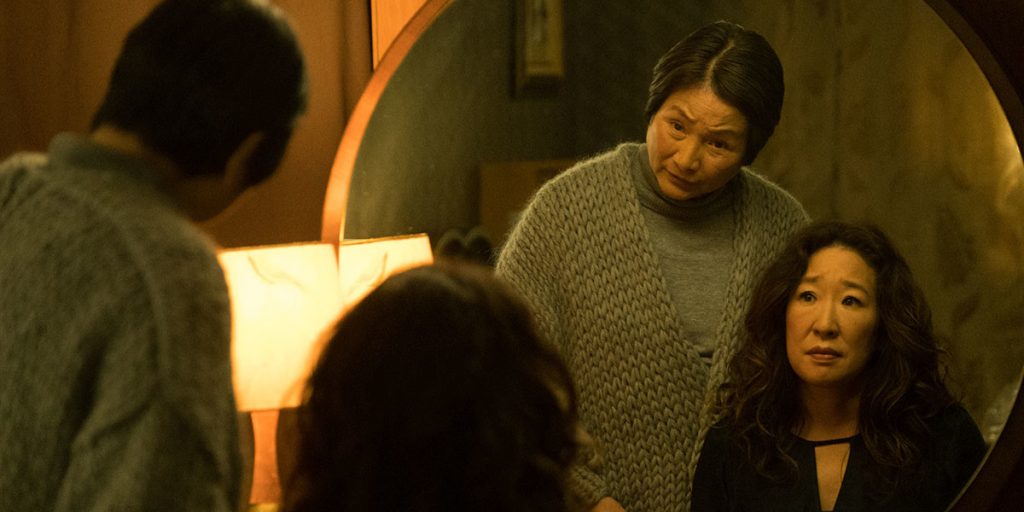 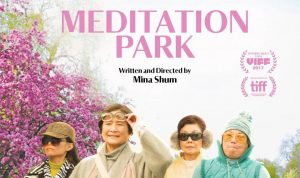 It’s been a long time since we were treated to a feature by Shum—Long Life, Happiness & Prosperity was 16 years ago, though since then she’s worked in television, documentaries, and shorts. On Meditation Park she reunites with her favourite performer, Sandra Oh, with a story right in her sweet spot—the immigrant experience in Canada. This is a film of conversations beneath pastel umbrellas—BC’s grey and wintery wetness informs everything that goes on. 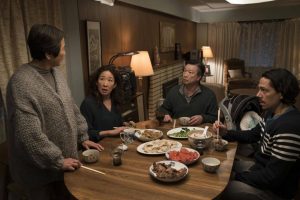 Maria Wang (Pei-Pei Cheng) is a 60-something Vancouver housewife, devoted to her accountant husband, Bing (Tzi Ma), and daughter, Ava (Oh), but without much else in her life. When she discovers evidence suggesting Bing cheats on her, she’s inspired by an episode of Dragnet to investigate what he does with his days. And she tries to get a job, despite not having worked in four decades since they lived in Hong Kong. She reignites her life. 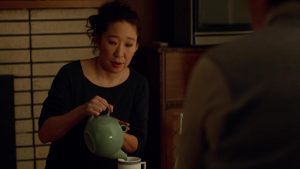 It’s easy to forget in Canada how siloed we often are from the other cultures with whom we share our cities and towns. Shum’s work opens a door to a community with baked-in patriarchal issues—where wives and daughters clean the feet of the men—but also between generations, the old world colliding head on with the new. Her storytelling is warm and welcoming, with space to include a host of subplots featuring Maria’s slightly skeevy neighbour, Gabriel (Don McKellar), her friends who rent parking spots (Lillian Lim, Alannah Ong, and Sharmaine Yeoh), and an appearance from her future daughter-in-law, Dylan (Liane Balaban). Most impressive is a depth of feeling patiently and unexpectedly mined, providing emotional payoff in the final act.