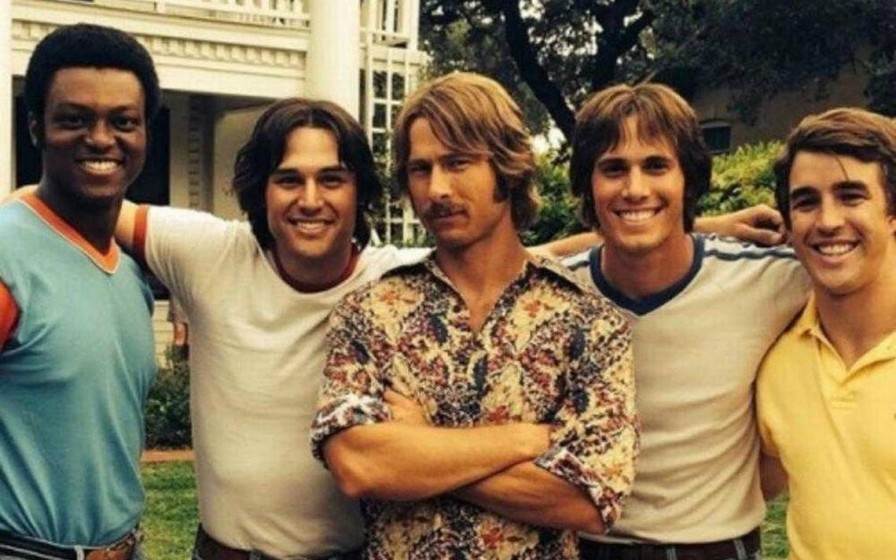 Everybody Wants Some!!, named for an immortal Van Halen song, is, as the director put it, “a spiritual sequel” to his 1993 cult success Dazed And Confused. That film was about a last day of high school in a Texas town in the late 1970s. Imagine the September following for Pickford, Benny, and O’Bannion, some of the football players in that picture, except imagine instead that they were into baseball.

Jake (Blake Jenner) is a freshman pitcher showing up at a Texas collage in 1980, moving into a house off-campus with a bunch of other players. They’ve got a few days before classes start, enough time to get acquainted, listen to some awesome tunes—the soundtrack is terrific—check out the local scene, maybe throw a few parties, and get laid. I really struggled with the start of this thing. It’s as if Linklater has decided not only to delve into a pool of nostalgia for his college days, he also feels some affection for movies like Porky’s and The Last American Virgin, the loutish, sex comedies of the 1980s. That’s bad enough, but then to have the focus be on a bunch of asshole jocks and their competitiveness, it’s as if he remade Animal House, but the heroes are the dickheads of Omega. What the hell is he thinking?

But the strangest thing happens: He makes you like these guys. Not all of them, but enough. He lets you see past their bluster and bonehead bonding rituals through the kind of random philosophizing that’s a hallmark of Linklater’s work. He gets to some kind of truth about how young men behave together. Some of them actually have a little self-awareness, which winds up being endearing. And he uses a helpful expression I’ll be incorporating in my vocabulary: “fuckwithery.”

Jake is a realist, a guy who recognizes he’s no longer special, having landed amongst a bunch of other guys all of whom were all the best players on each of their high school teams. Then there’s the amusing Fin (Glen Powell), a fellow who has a theory about every subject under the sun. And, in the final reel, we get to know Beverley (Zoey Deutch), which allows Linklater to practice a little of his patented Before series walk-and-talk romance. These feel like real people, and a startling amount of insight is plumbed in characters who, on the verge of adulthood, navigate the possibilities of identity and a future of limitless potential. It’s also, in places, a bit of a slog, and what it misses from its ’70s-set predecessor are characters with some real anxiety about the world. In a word: nerds. Linklater deserves a lot of credit for humanizing a bunch of douchey meatheads, but I still missed the nerds, which may reflect my own youthful identity more than I’d care to admit.