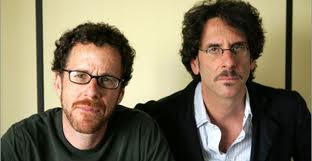 I’ll say that Coens tend to do better when creating a film in a genre style they admire—see Miller’s Crossing, an homage to classic gangster movies that becomes one—rather than an actual remake—witness The Ladykillers. Still, every movie from the filmmakers is an event, so when I heard they were redoing John Wayne’s True Grit I thought, “Huh!” Here’s a trailer for the picture, which due in December: