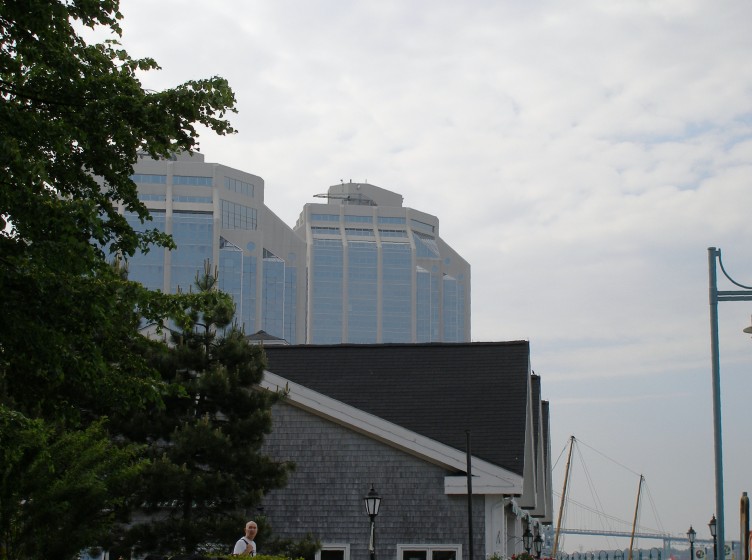 I’ve already written about my love for Downtown Halifax. I think with some attention to transit, public space and urban design, it has tremendous potential to again be an exciting, healthy and important urban place. Tearing down the Cogswell Interchange will also help Downtown capitalize on a key strength – its proximity to other urban neighbourhoods.

As much as I like Downtown, and as much as I’m bullish on its future, I think it’s clear that Downtown ceased to be the centre of Halifax decades ago. I don’t think Downtown can recapture its role as the hub, and I don’t think it should try.

Michael Poulton, who supervised my major project at Dal’s planning school, described Downtown as “marooned on a peninsula”, while decades of growth was “obliged to take place in a wide arc surrounding [the] harbour”. His opinion piece from a few summers ago was fairly unpopular among my colleagues in urban planning, who often see themselves as champions of urban living generally, and downtowns in particular.

Regardless, the truth is clear: Downtown remains important but suburban growth in housing, jobs, shopping and entertainment has exploded since the 1950s. Downtown’s regional importance has declined, precipitously. Halifax no longer has one centre, it has many. Burnside, Bayers Lake, MicMac Mall, Downtown Dartmouth, Halifax Shopping Centre, Dartmouth Crossing and Innovation Drive in Bedford are already important regional nodes. Regardless of what people think of their design or their effect on the regional structure, they are nodes of major importance. Regardless of what we do in the future, the regional structure is broadly set.

Decades of new growth will bring perhaps 70,000 people into Halifax’s urban and suburban areas. Do we really expect that even this much growth, around a quarter of the current urban population, can restructure the entire region? This is unlikely. Whether new residents live Downtown, live in urban neighbourhoods, or live in the suburbs, there likely won’t be enough new residents to truly change Halifax’s multi-centred regional structure. In many ways, the structure is set. The great challenge facing our region is not rebuilding Downtown as the one and only centre, but rather building a region of healthy centres and neighbourhoods.

So where does that leave Downtown Halifax? Where it is today – a great neighbourhood with untapped strengths: great old buildings; a wonderful waterfront; proximity to major schools and hospitals that aren’t going anywhere; a strong centre of government and law; and a central place among dense, vibrant and growing neighbourhoods.