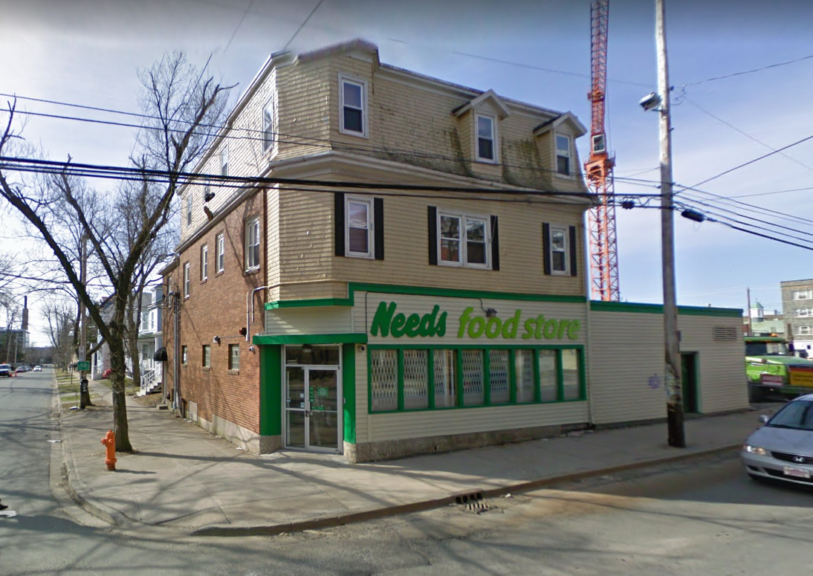 Recently Halifax Retales, in his reports on businesses opening and closing, noted that Noggins Farm Market was going to open an outlet in the new Capital Suites building at the corner of Coburg and Seymour Streets in Halifax. Fresh produce in the center of a university and family neighbourhood feels like a brilliant idea. 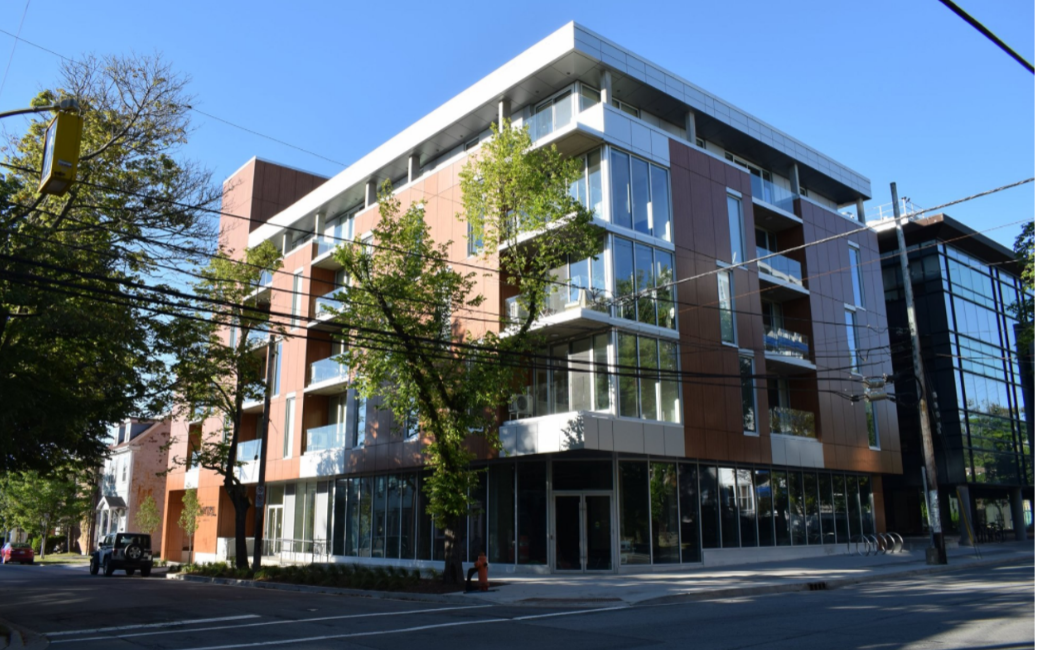 I grew up on nearby Walnut Street, and this site once housed our local grocer, the Capital Store. More recently it has been a Needs “food store.”

In the 1950s our family did much of our grocery shopping at the Capital. Tiny carts and narrow aisles, and I remember it as always crowded. Tastes were simpler then, and the paradox of too much choice was an agony still many decades in the future. 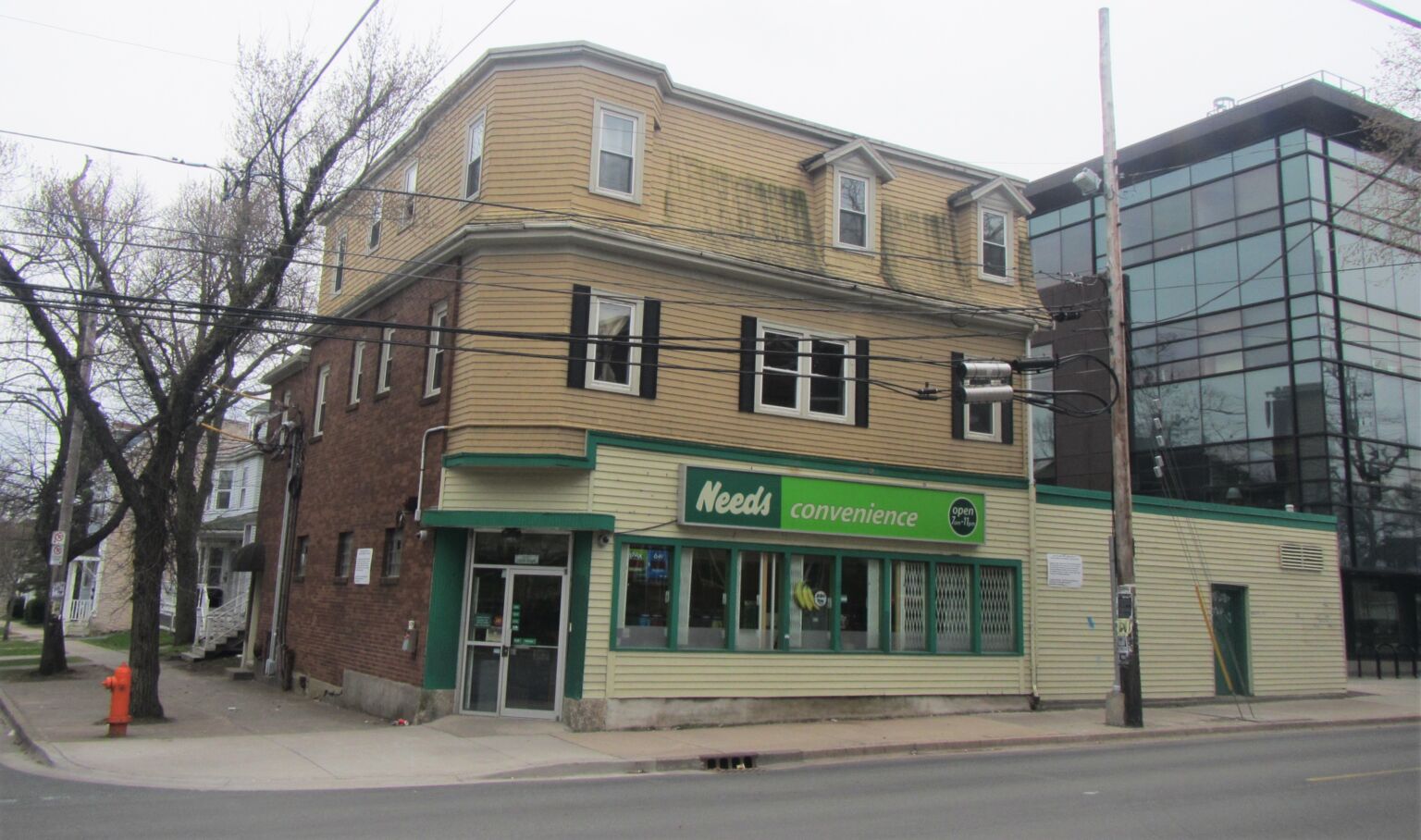 The one-story annex to the right was once another shopfront that housed the barbershop where I got my first haircut. It was a big deal when the Capital Store took over that space so they could have a meat department, forcing me to walk to a barbershop on Quinpool Road. 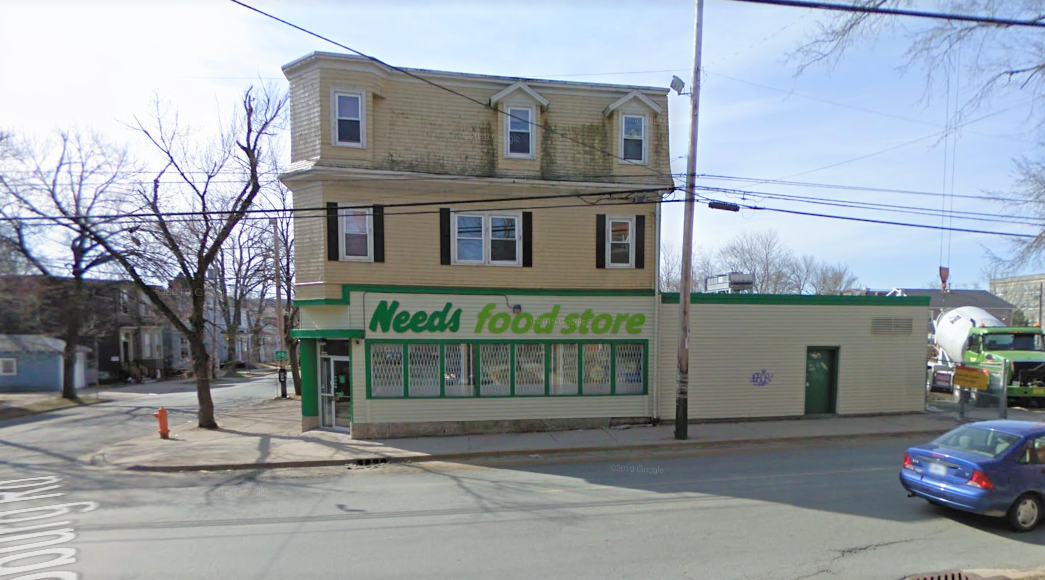 Travel writer and photographer Clara Dennis (1881 – 1958) lived across the street from the Capital site and took this shot, probably in the 1930s. She was recording an ox cart that had perhaps come over from Preston on the ferry. I like the idea that it brought cabbages and such to the delightful looking business called Eld & Akerley (meat and provisions, and confectionary and tobacco). They may have been the first grocers on that corner. 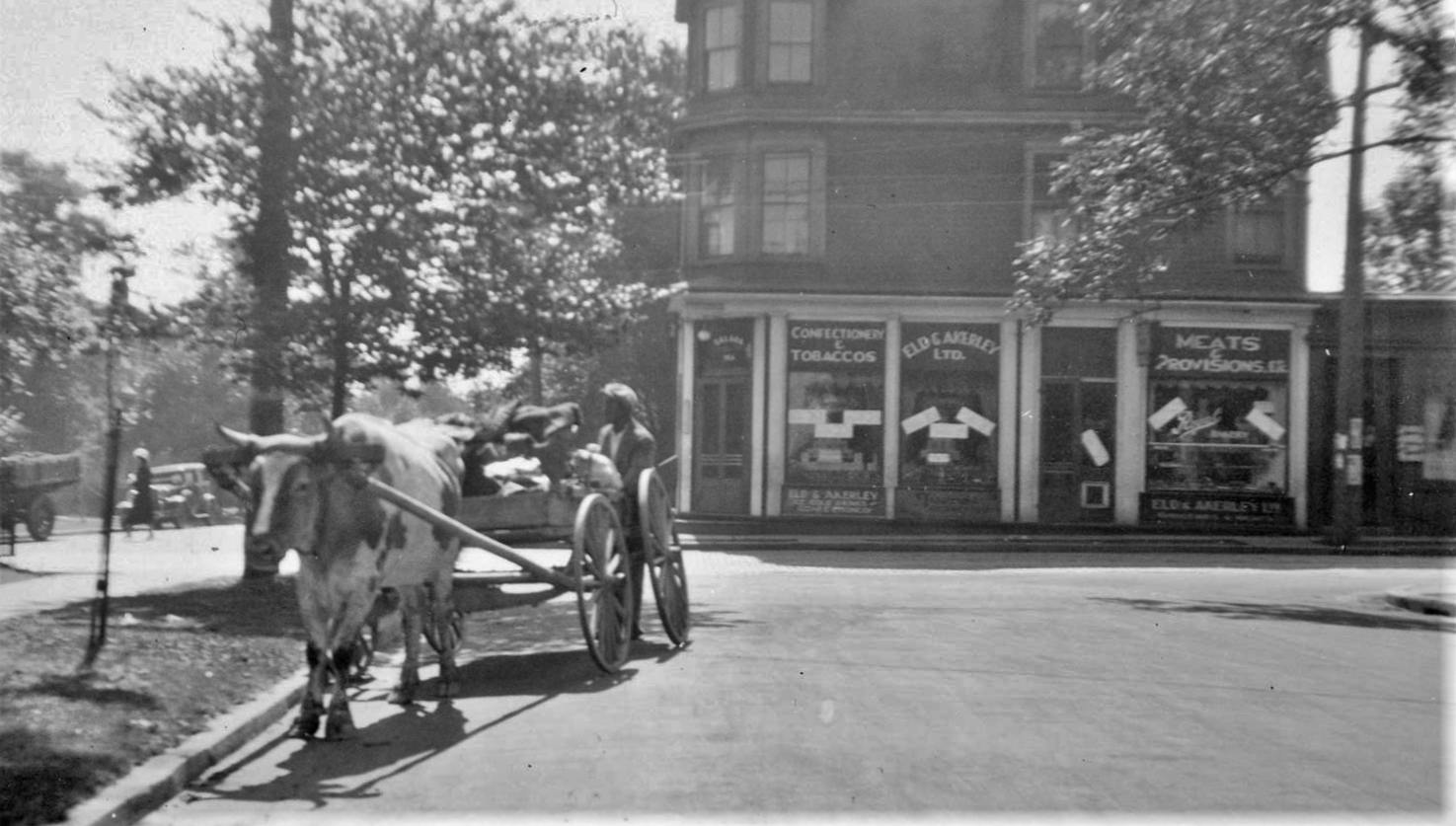 Compare pictures and notice all the “improvements” that diminished the building over the years. And weep.  Public Archives of Nova Scotia, Clara Dennis 1981-541 no.1557

Dennis also captures a glimpse of the grocery store in the left of this scene of snow clearing 1930s-style. Men with shovels, those were the days. 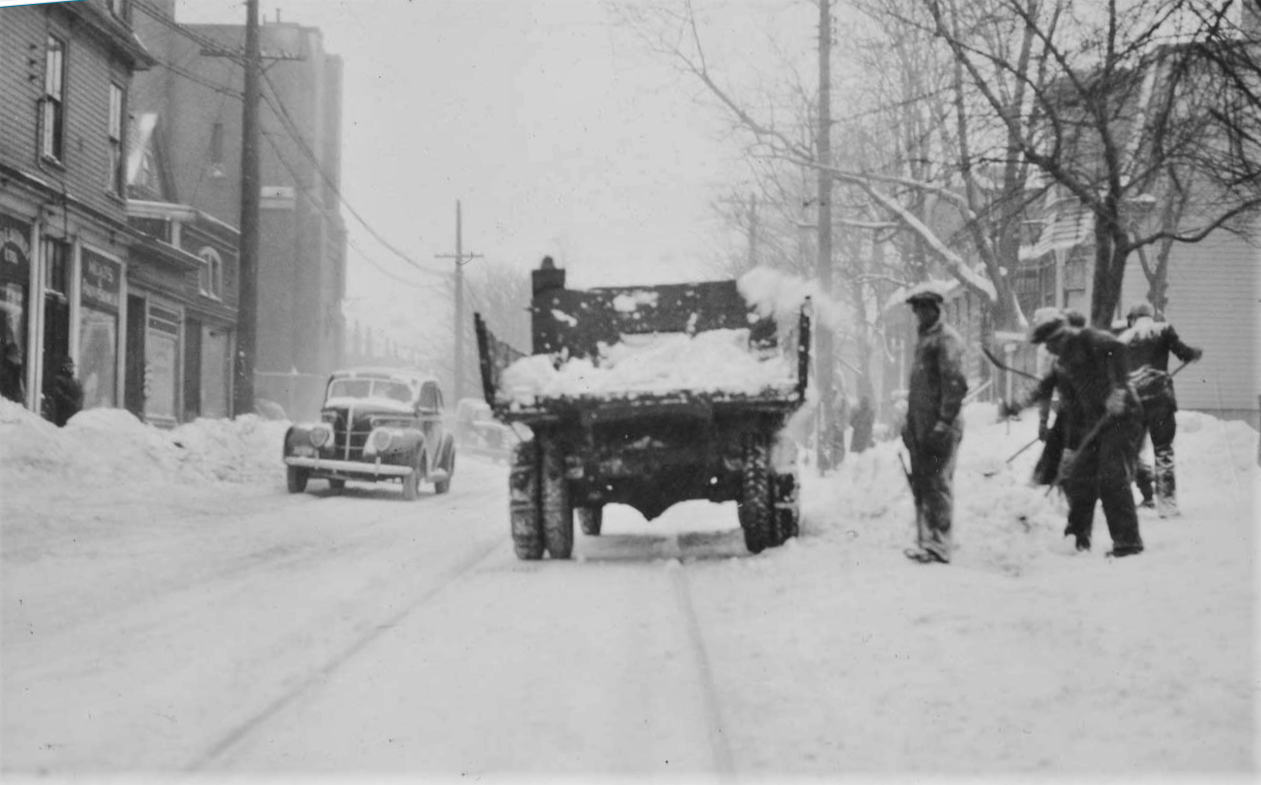 When they open, be sure to welcome Noggins to this venerable commercial location and pick up some local produce. You deserve a honeycrisp and a big celeriac. 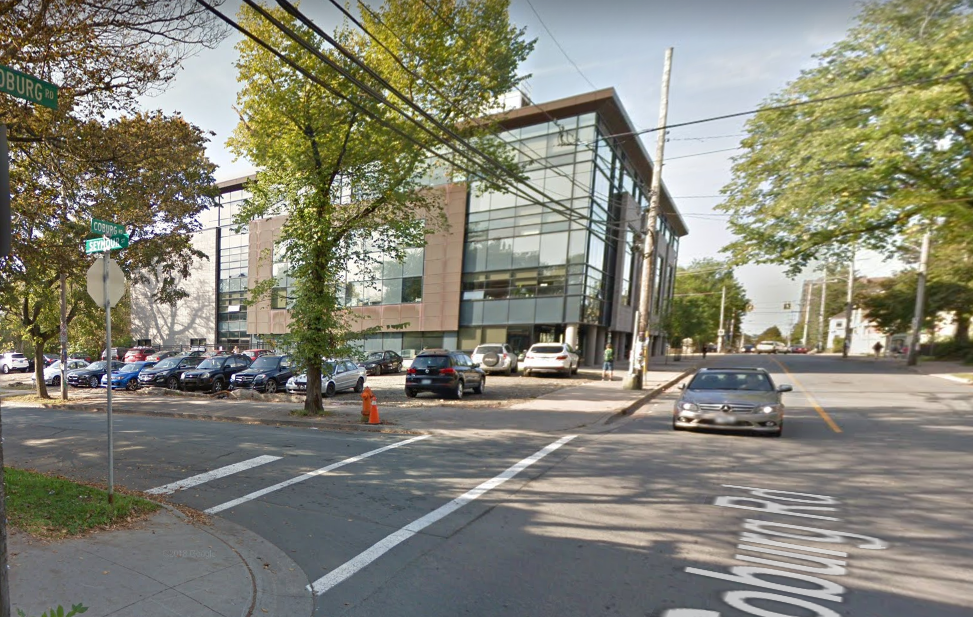 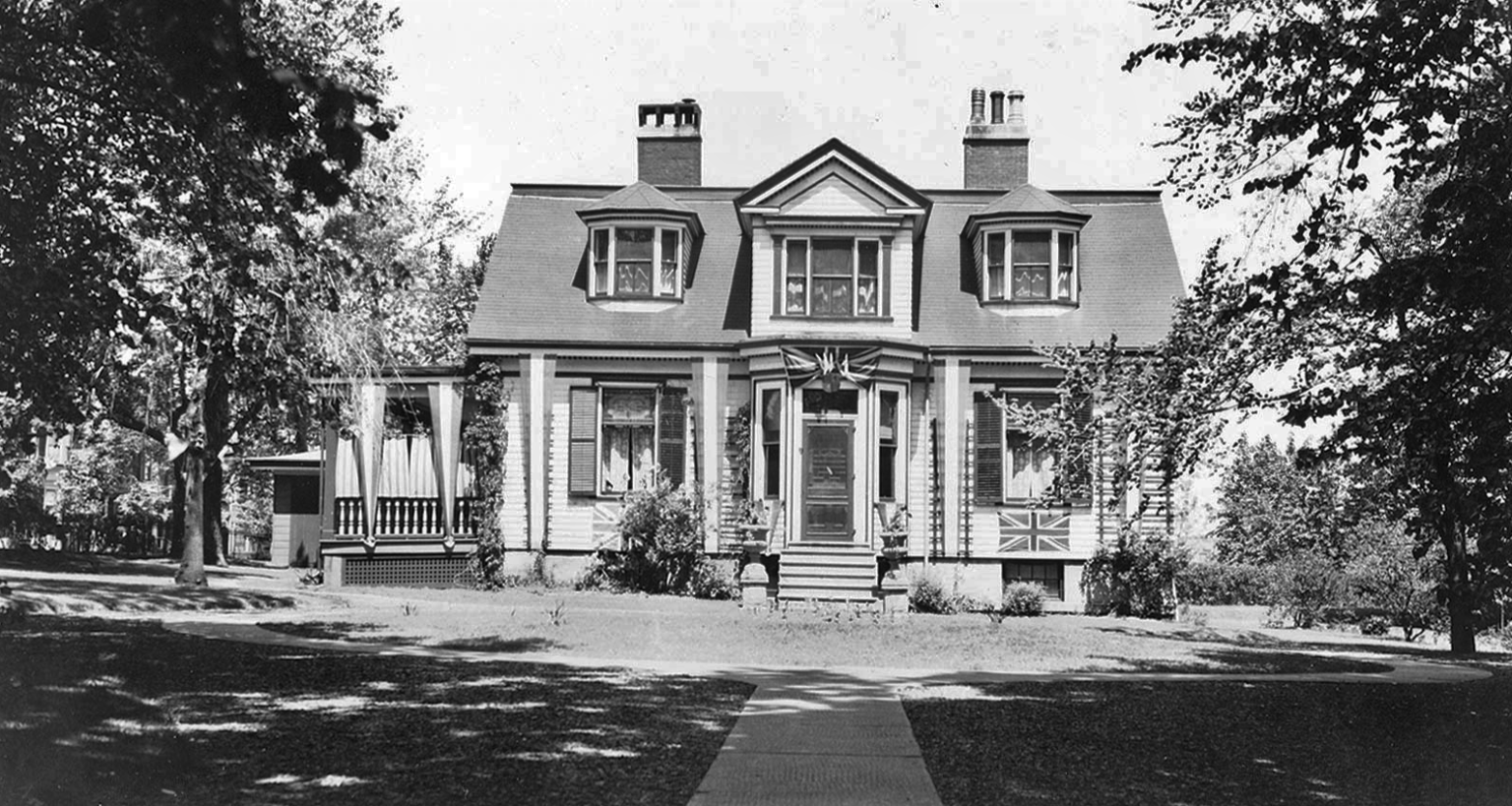 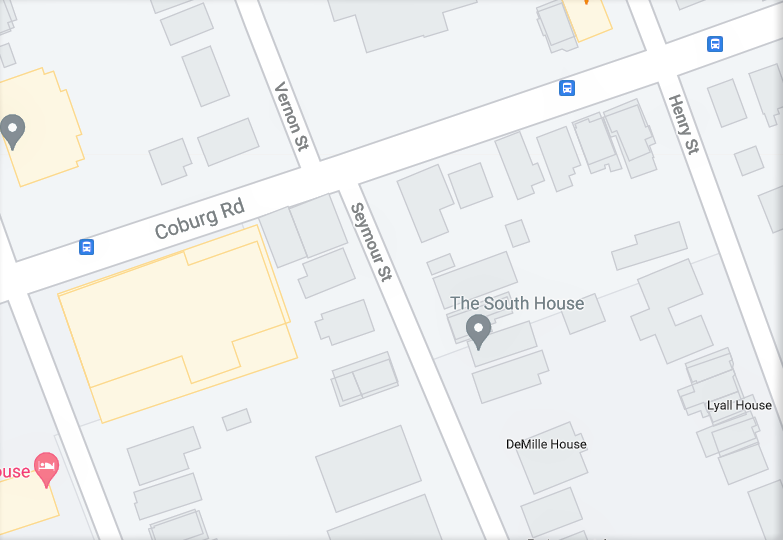 The Norman Newman Market was donated in memory of Norman Newman ~ 1928-1993. Norm operated Capital Stores Ltd. in the Halifax-Dartmouth area, having taken the business over from his father, Abe, and his uncles in the late 1940s. He was a hands on operator who believed in buying directly from the farmers and the wholesalers. Norm operated the chain in Dartmouth and Halifax, which had grown from 6 small stores to several larger supermarkets. He sold the company to Atlantic Superstore in 1986.