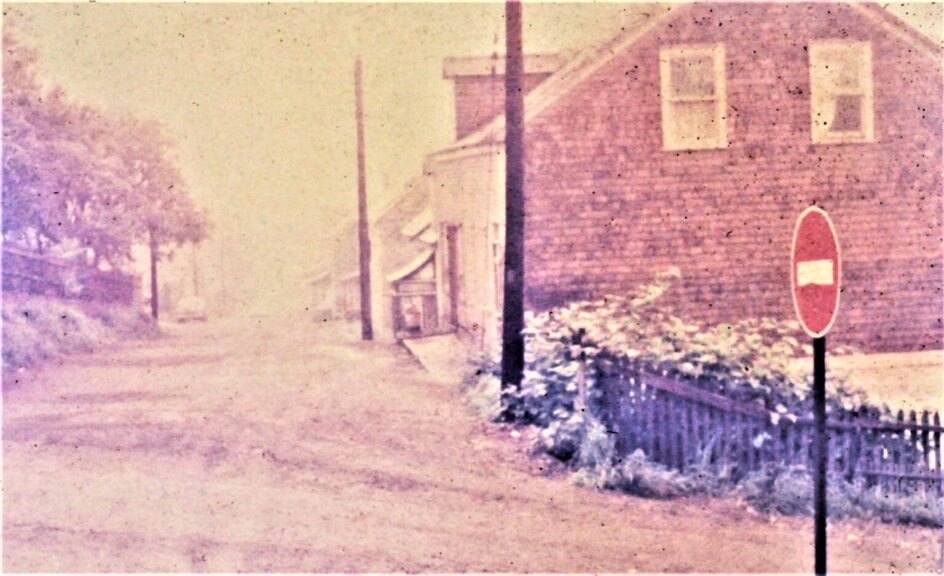 Did you notice that Saint-Pierre & Miquelon may ask to join our Atlantic Bubble? That would be fun, if only to confuse much of the rest of Canada who don’t realize we have a tiny bit of France only 19 km off of the Burin Peninsula of Newfoundland. Guess we shouldn’t be too smug because most of us never think of these islands either, 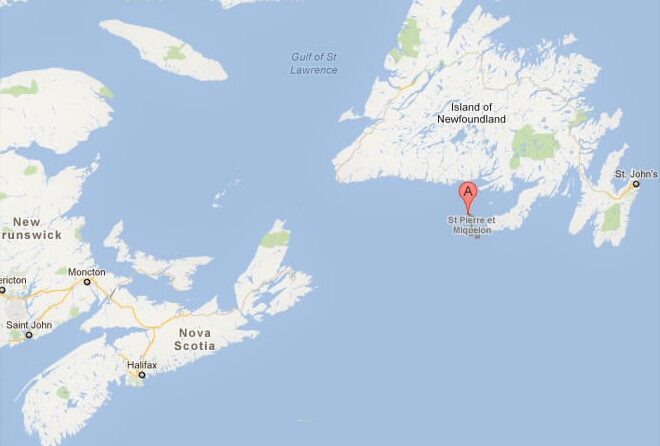 Have you ever visited? I had almost forgotten a weekend spent there in the summer of 1969. While organizing my old photos a couple of disastrously overexposed slides from that adventure came to the surface. I was going to ignore them but why not look, it’ll only take a moment.

That summer I was working at Louisbourg and some of my colleagues from other parts of Canada realized we could get to Saint-Pierre over the long weekend in August. At the end of work on a Friday we dashed to North Sydney to catch the small freighter that supplied the island and also carried a few passengers. In my mind there were actually crates of chickens or goats on deck, but that might be wishful thinking.

By the next morning we had reached the port of Saint-Pierre on the rugged little island of the same name. Now the total population of the whole territory is about 6000. 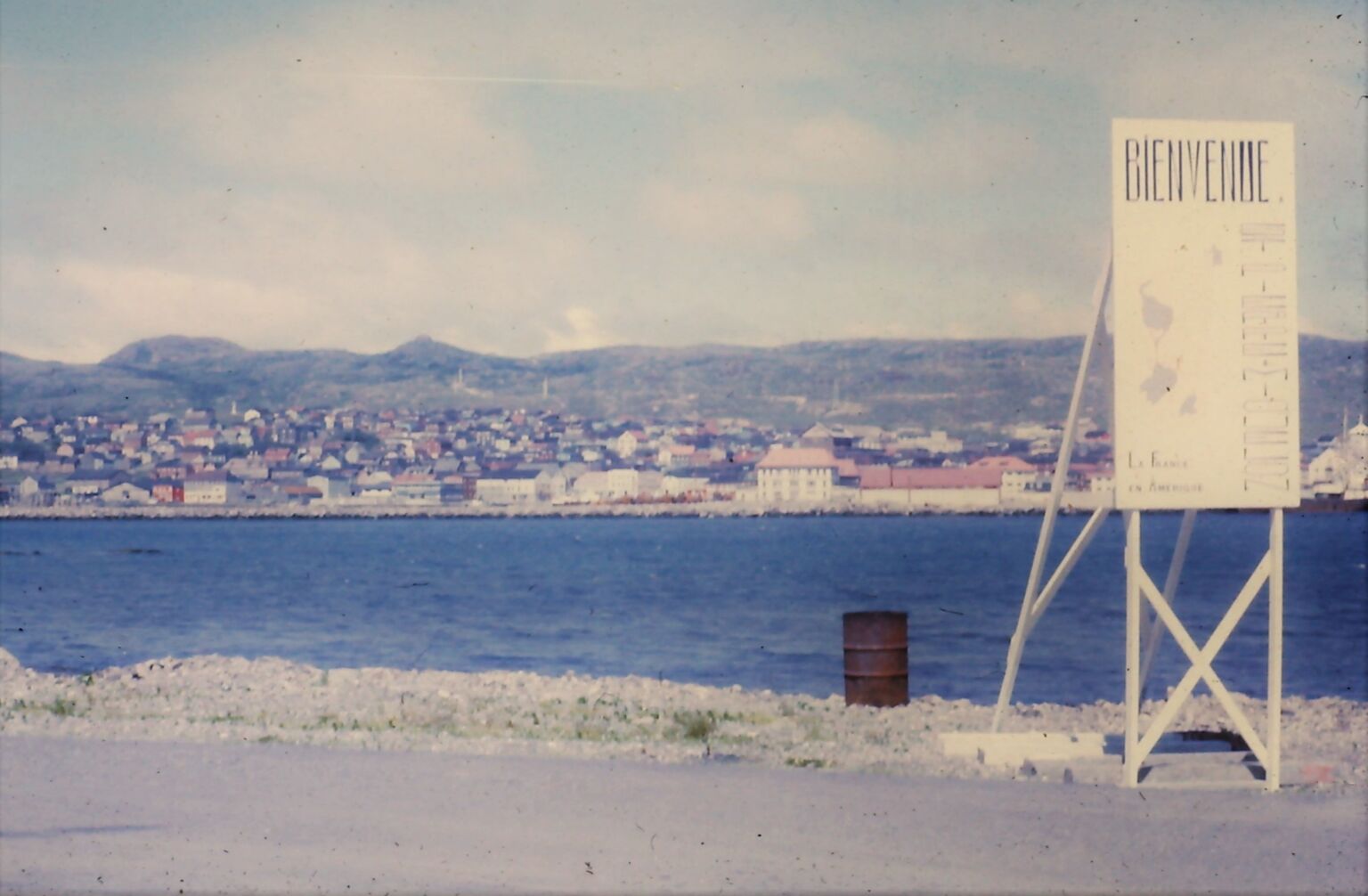 Immediately it was clear you weren’t in Cape Breton any more. The government buildings on the quay looked like they would also be comfortably at home in a French colony in the Caribbean or Southeast Asia. 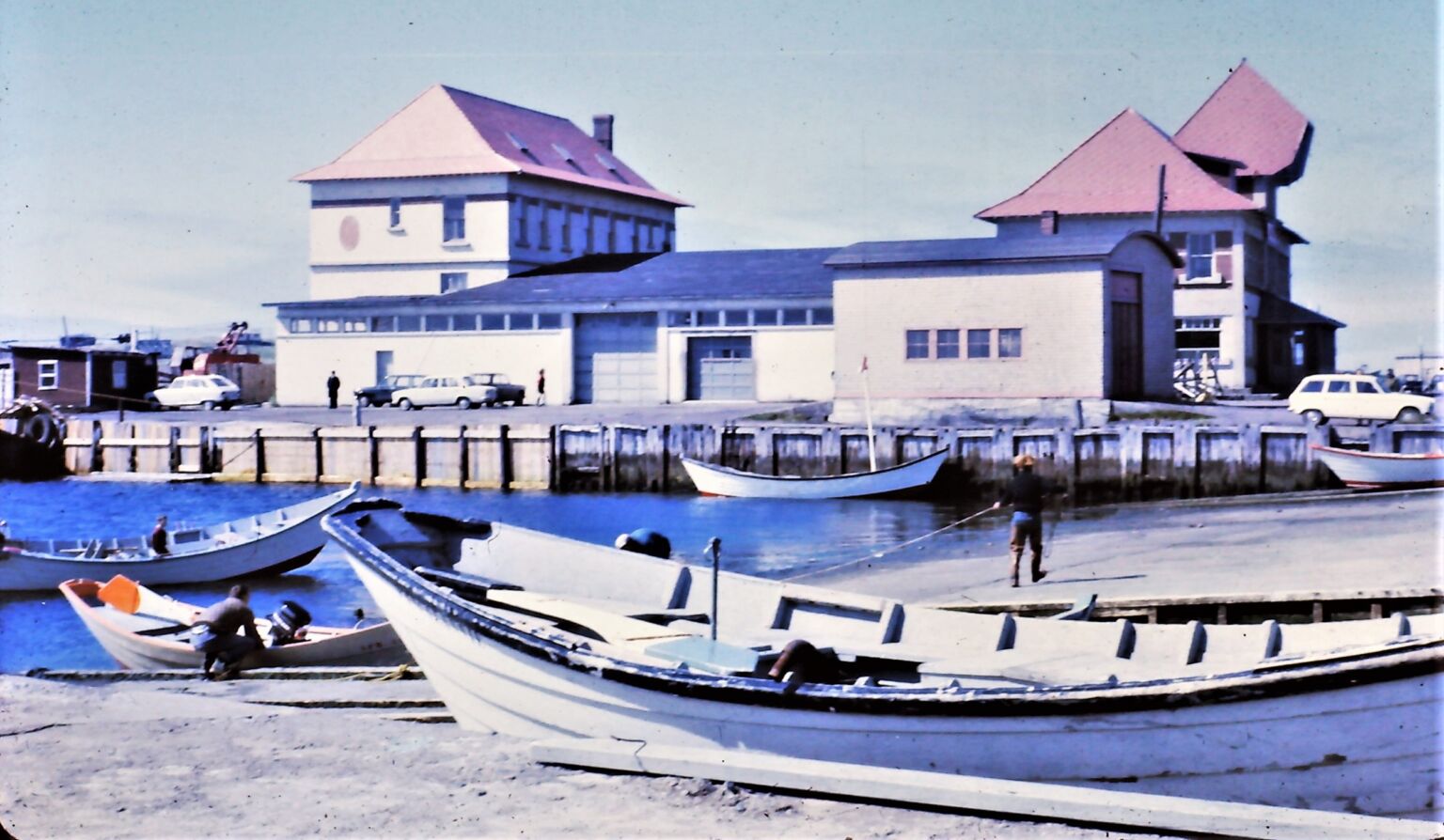 The islands have always been about fishing, with the picturesque Saint-Pierre dory the traditional vessel at that time. Lined up on the shore they had a Mediterranean feel, although obscured by a thick Atlantic fog. 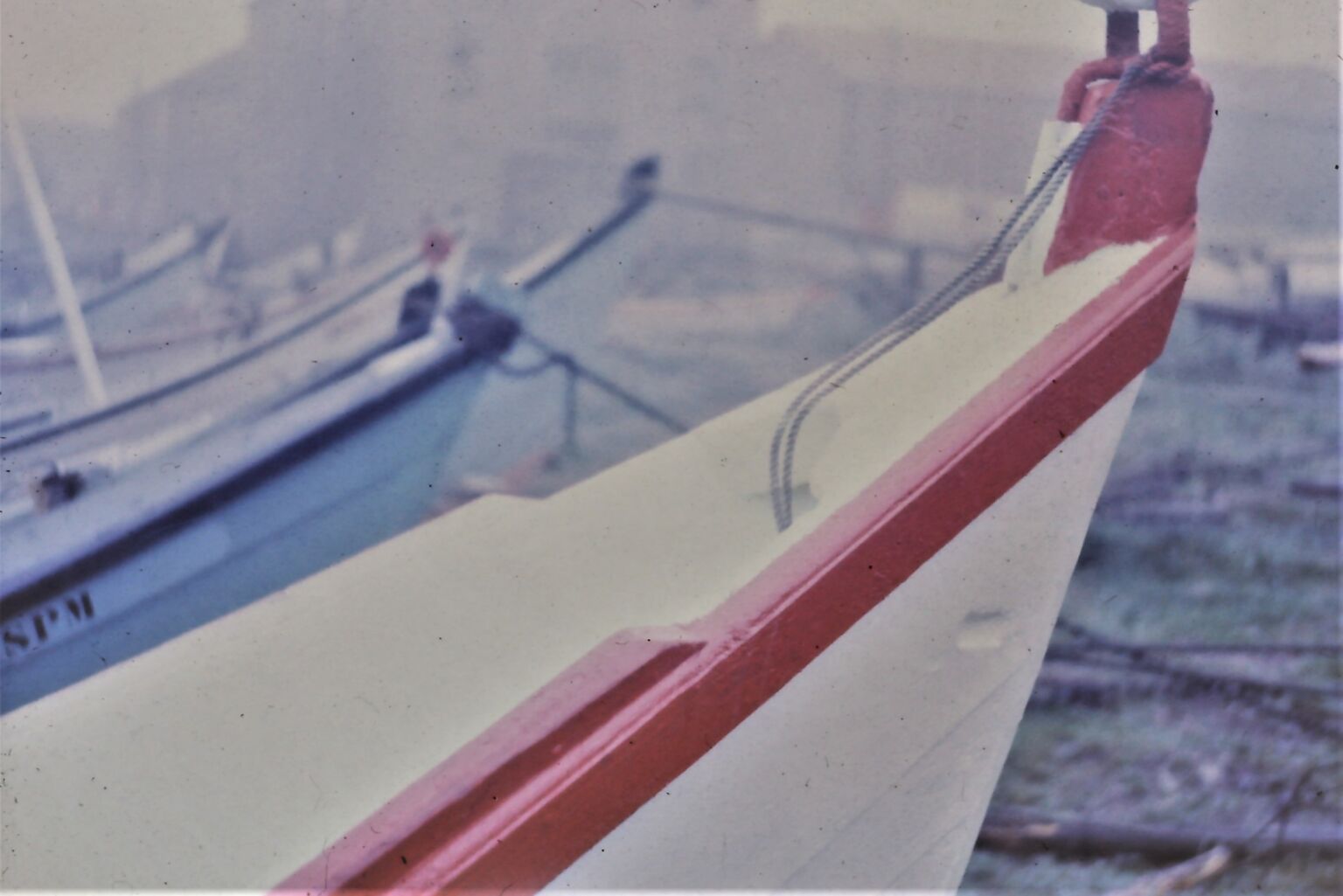 There were remains of posters for Georges Pompidou, who had just been elected president of France a couple of months earlier in June of 1969. 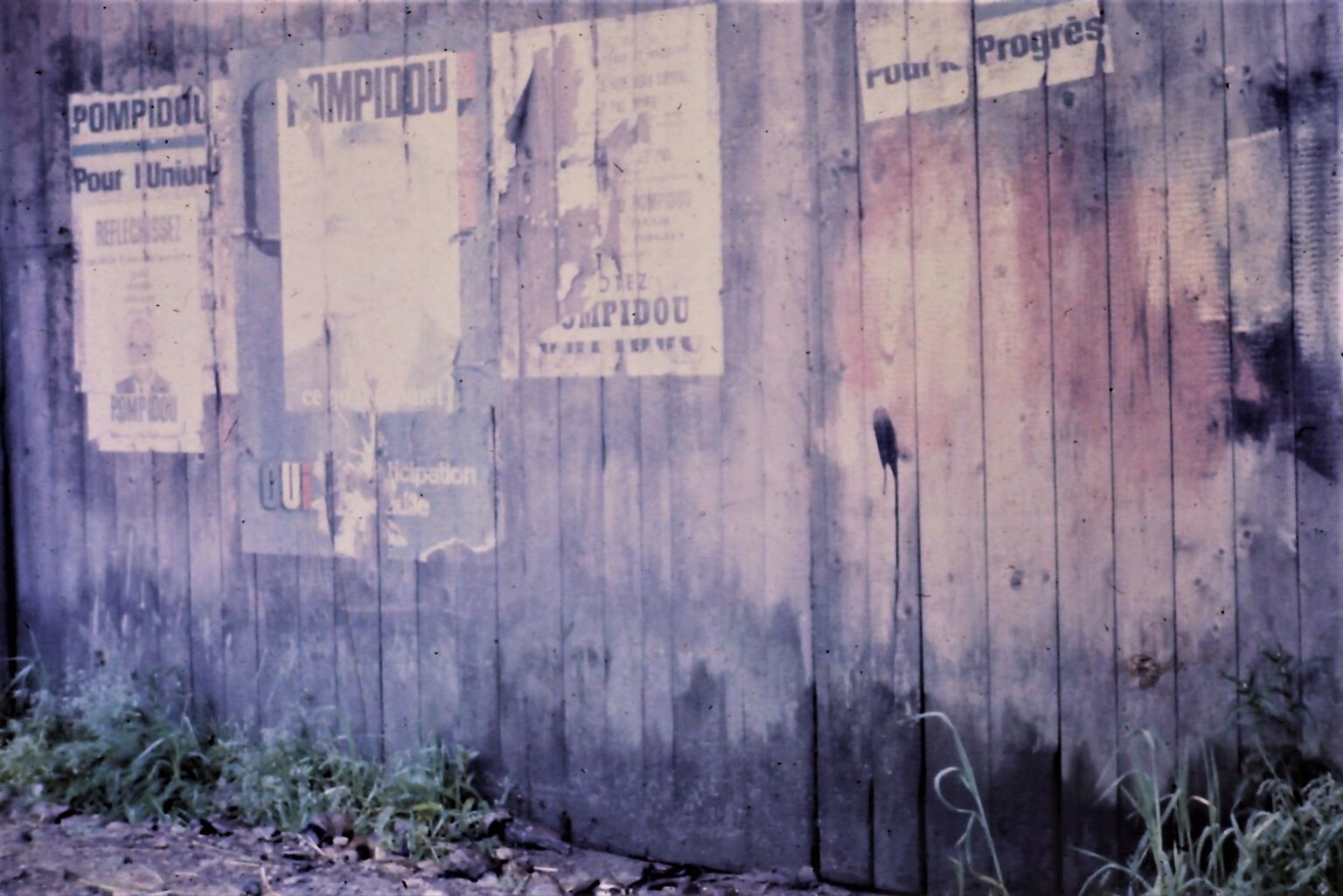 Wish there were more pictures of older streetscapes. I might have been thinking about the block I was excavating in Louisbourg with this scene; both locations had closely spaced buildings, combining residences and a warehouse. Notice the beam above the dormer on the building to the right, used for hoisting material up to the second floor. 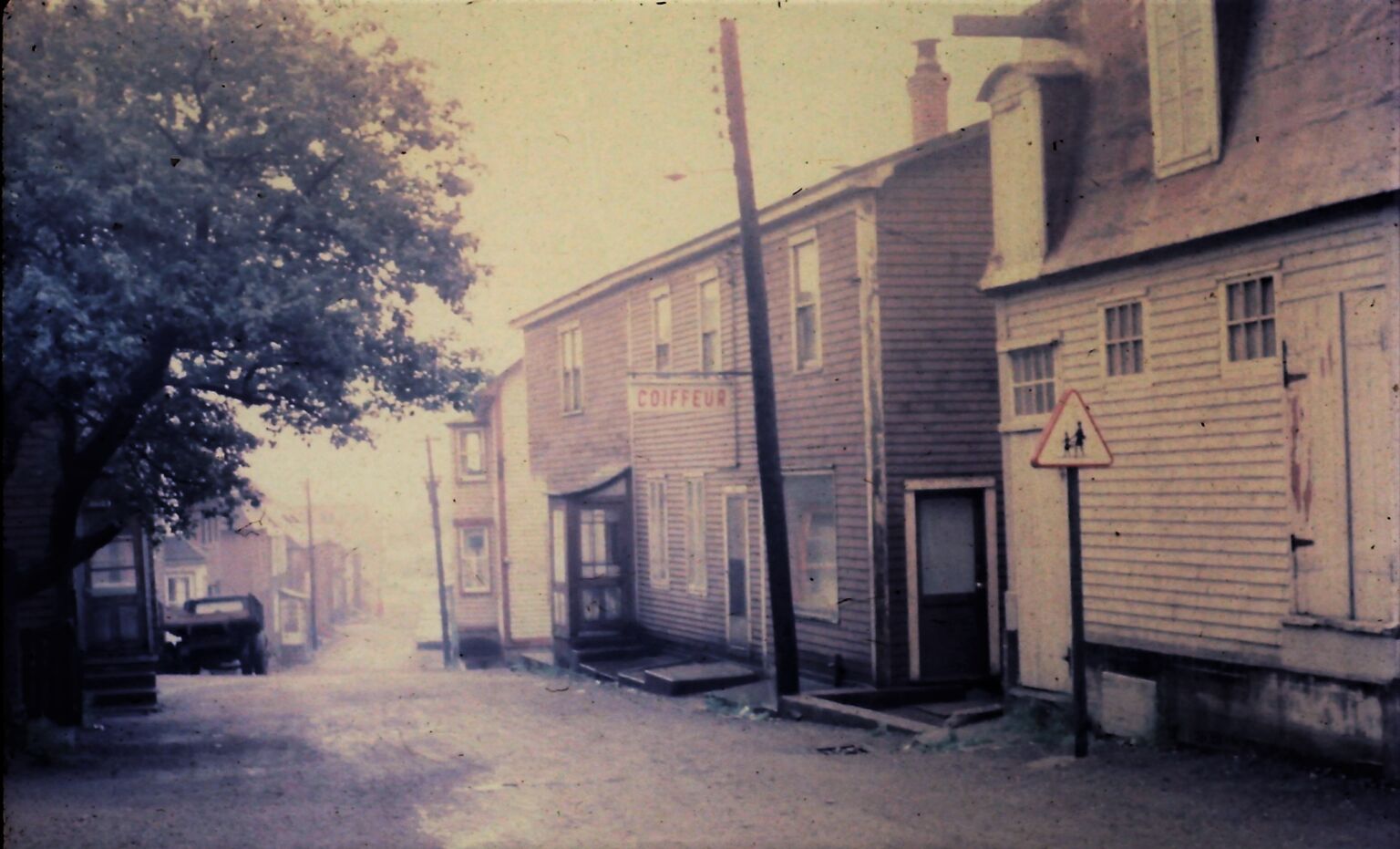 There was a French accent to the bell-cast roof of the tiny storm porch.

The slick European-style traffic signs were also a revelation, and a contrast to the traditional buildings. The “do not enter” sign in the header photo would have been included in the shot because it was so exotic.

The backyards of houses I was excavating in Louisbourg originally had gardens surrounded by fences. They might have looked a little like this. Fog is a theme. 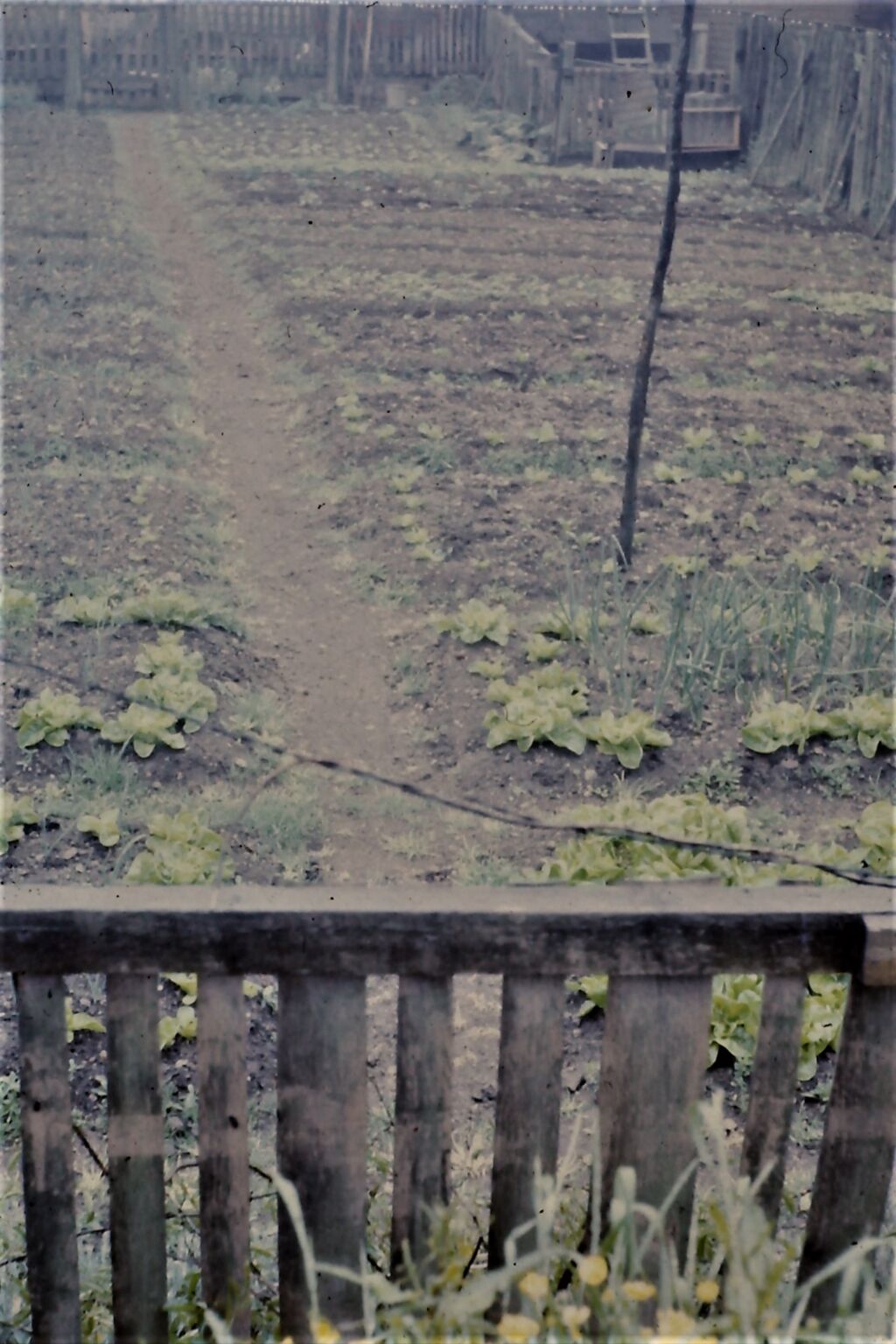 One day we rented mopeds and in an hour it felt like we had explored all the roads on that island. Now I would be more interested in hiking through the natural, rugged landscape.

On the Monday we flew back to Sydney on an Eastern Provincial Airways DC3. The plane felt like it came from another time. I remember entering at the rear and walking up an incline to get to my seat. 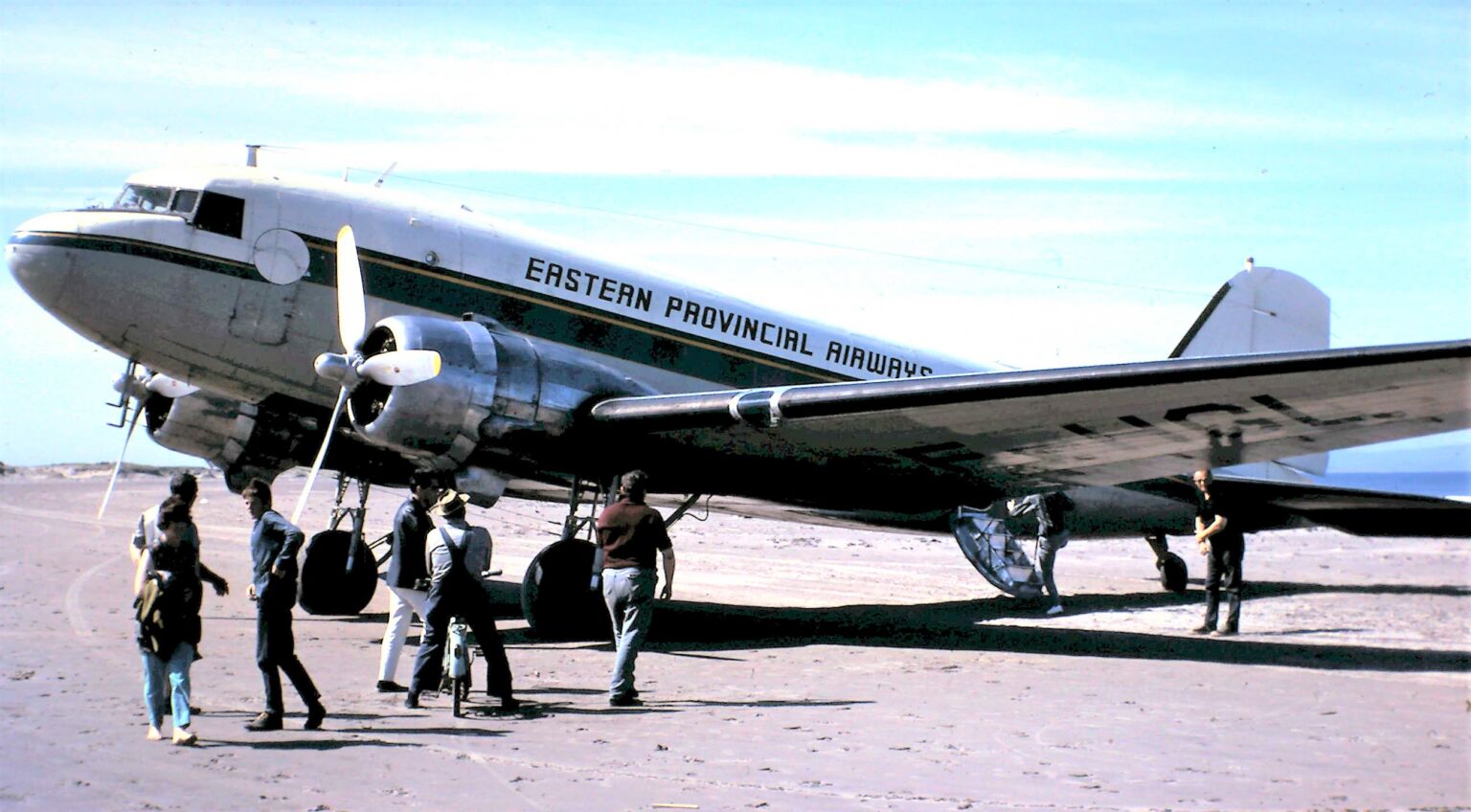 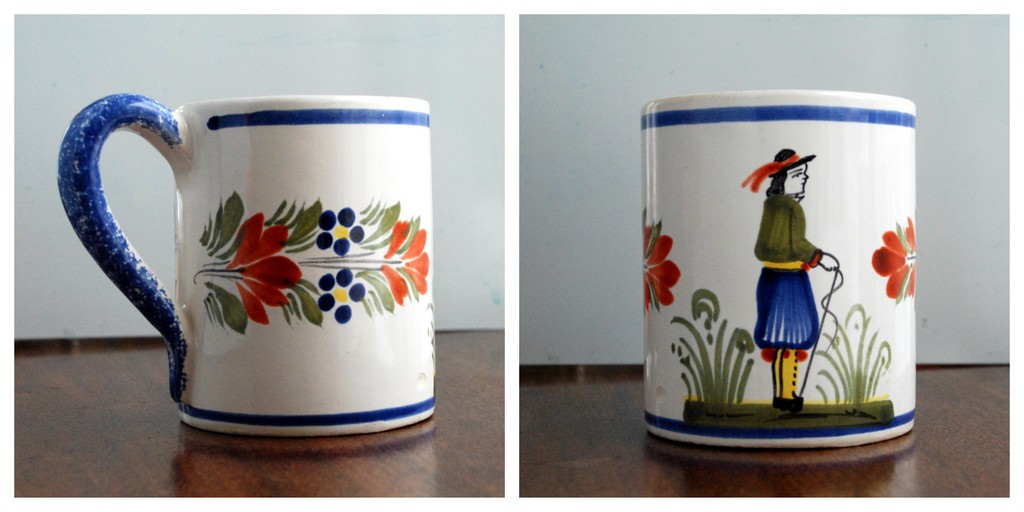 A couple of years ago we visited Normandy and saw the nineteenth-century factory where Bénédictine was made. It is not anything like the buildings you will see on Saint-Pierre. 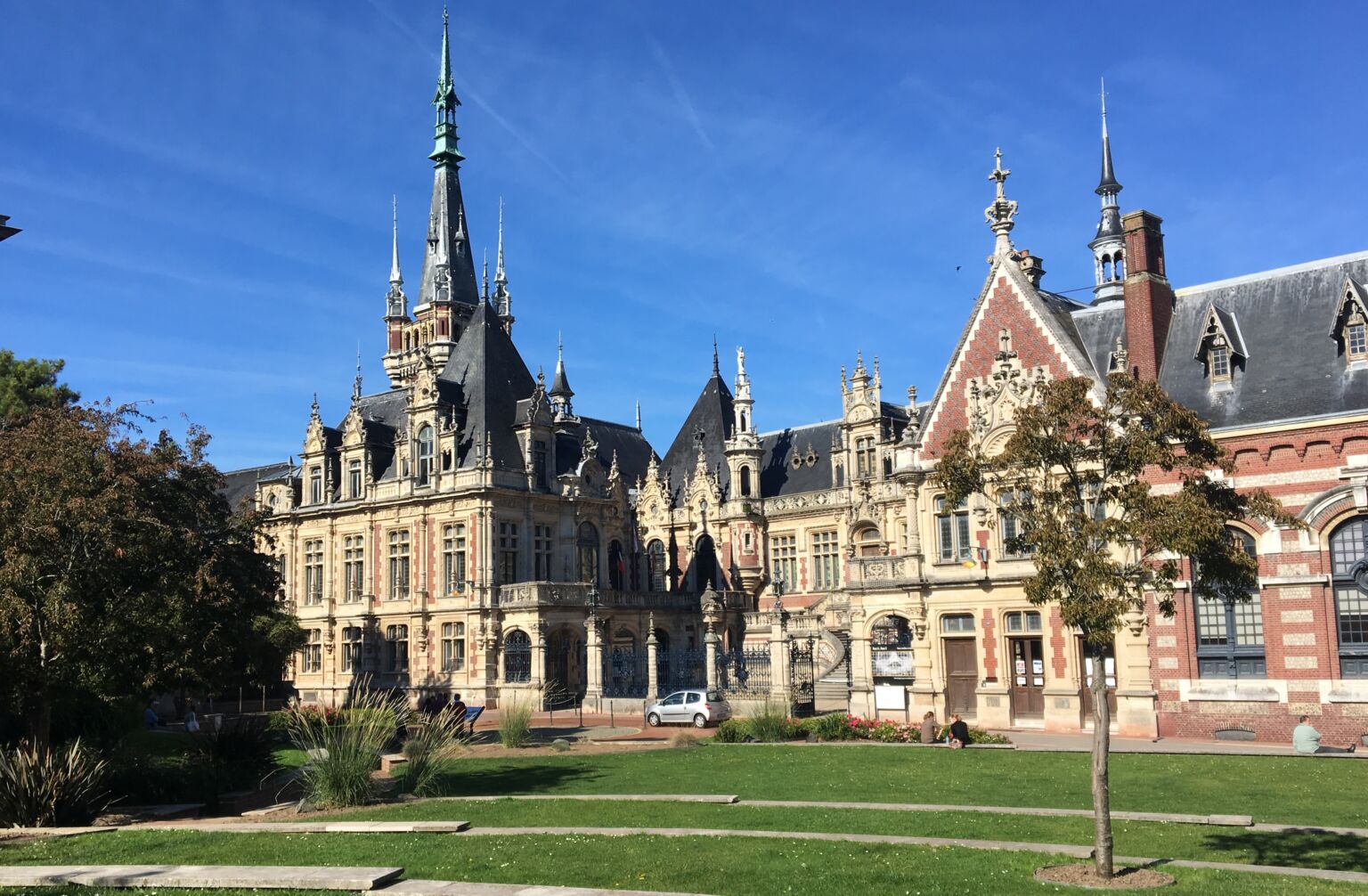