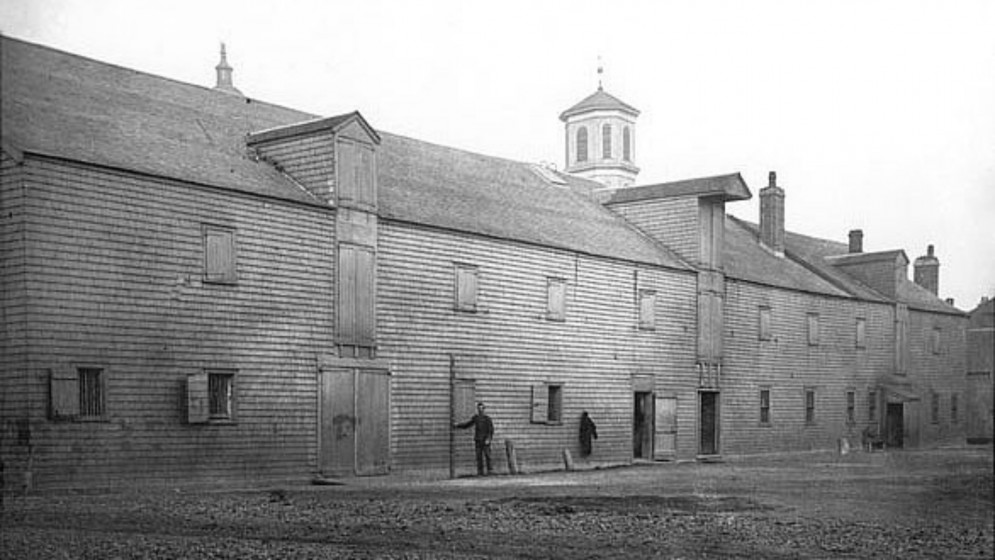 The Queen’s Wharf sits at the foot of Prince Street, and is currently an empty parking lot. The site has a long history dating back to the formation of Halifax. The Queen’s Wharf originally was the site of the Middle Battery that defended Halifax. It consisted of 10 guns facing the harbour, 3 to the north, and 2 guns to the south.

It later became home to the Nova Scotia Commissariat Premises. This seems to have been one of the main supply yards of the British forces, and was the wharf where the Garrison Clock was unloaded from London in 1803. 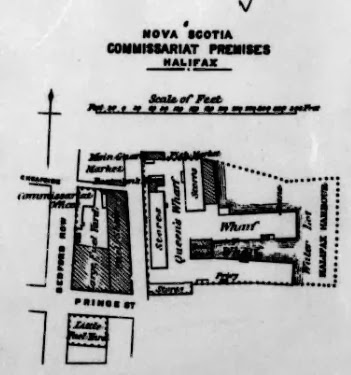 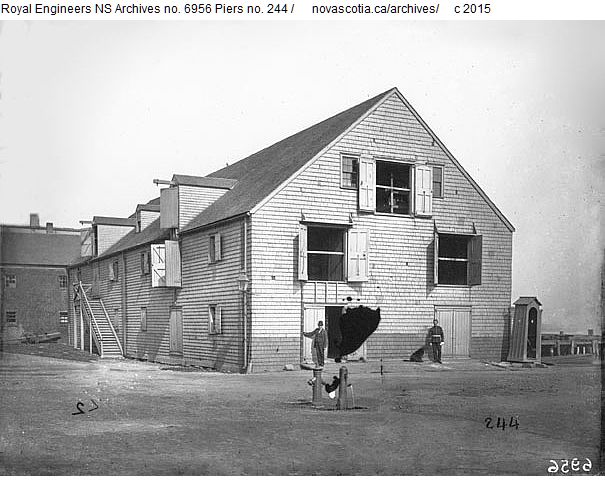 Flour Store. Opposite the gatehouse, along the pier face. 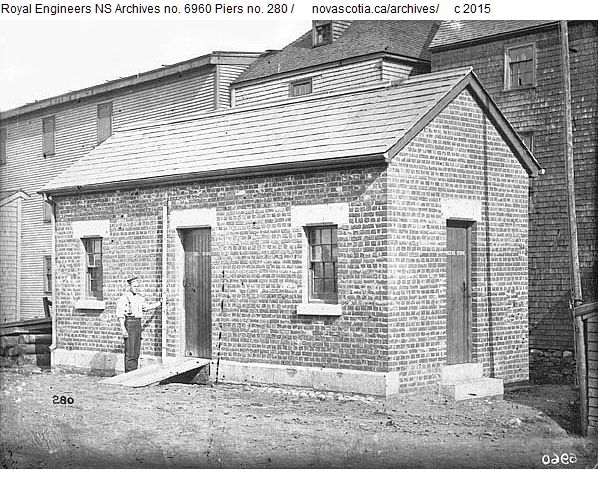 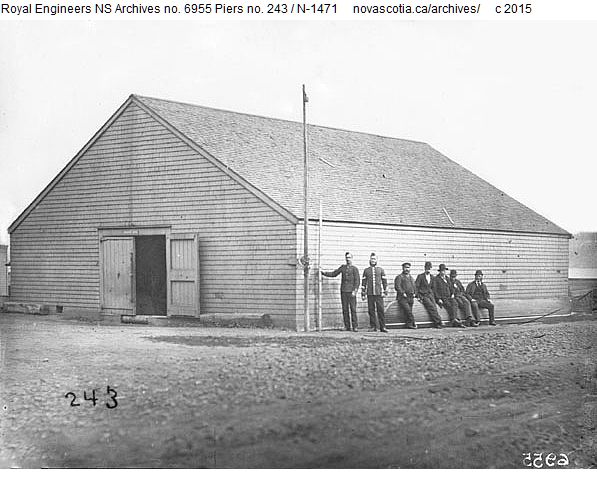 The boathouse, sits between the two piers 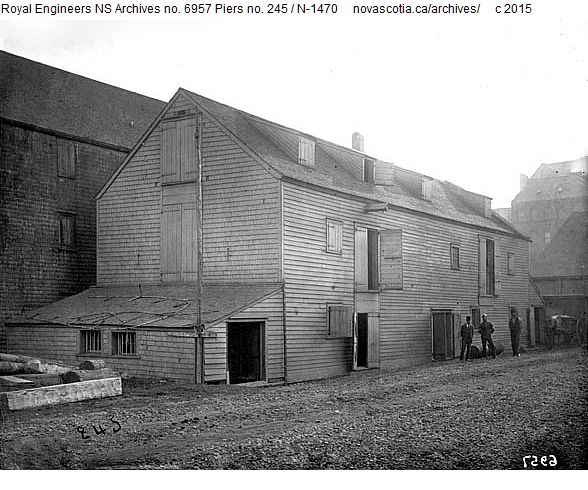 Queen’s Store, bottom left corner of property. Mitchell’s Wharf buildings are behind it. 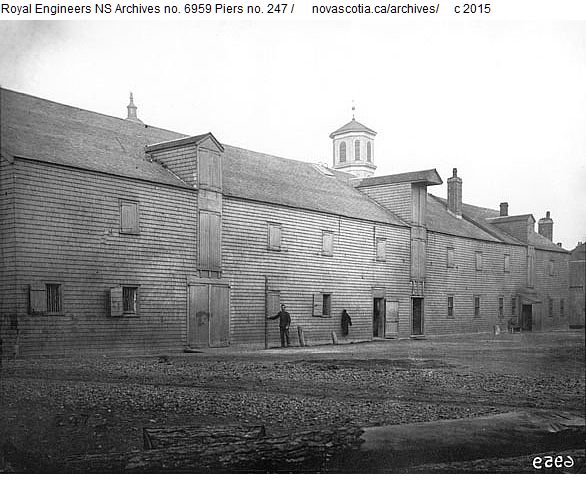 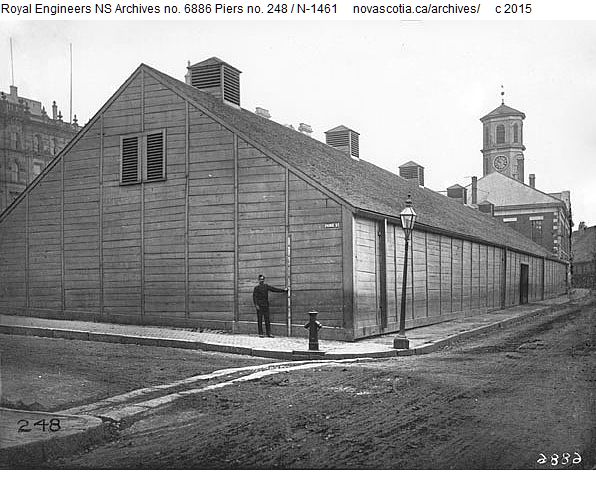 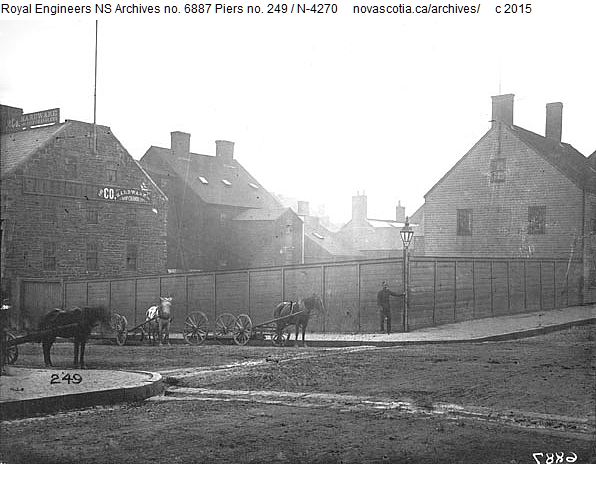 It’s worth noting, at this point, that with the Death of Queen Victoria in 1901, the name of the wharf changed to King’s Wharf until it reverted to Queen’s Wharf in 1952 with the Coronation of Queen Elizabeth II.

In 1925, the wharf became the home of the Atlantic Fisheries Experimental Station. The station was setup as part of a program to improve Canadian catches, processing methods and determining why stocks varied from year to year.  Originally housed in a renovated structure, it moved to purpose built quarters by 1930. 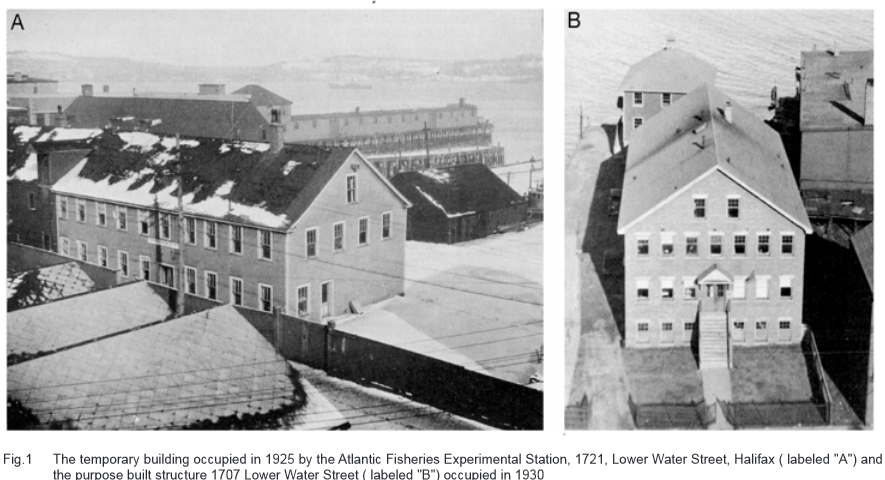 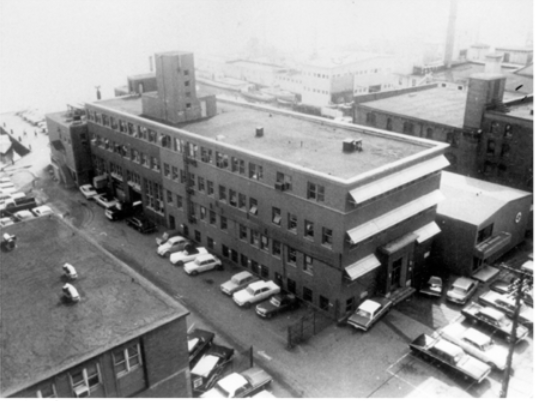 The lab was responsible for the improvements in fish smoking, and the invention of frozen fish fillets in 1929. The experimental station programs were ended in the 1970s, and the facility was used by other government researchers until demolished in 1999.