Our recent look at Italianate Architecture missed one unique, but unfortunately now gone, example. This octagonal villa style was popular between 1850 and 1870. The idea behind octagonal building originated with American phrenologist and amateur architect Orson Fowler, who wrote the book “A Home For All Ages”. He cited the more perfect shape of the octagon (as it was closer to a sphere) and the fact that it more efficiently enclosed space as the two main reasons for its use. 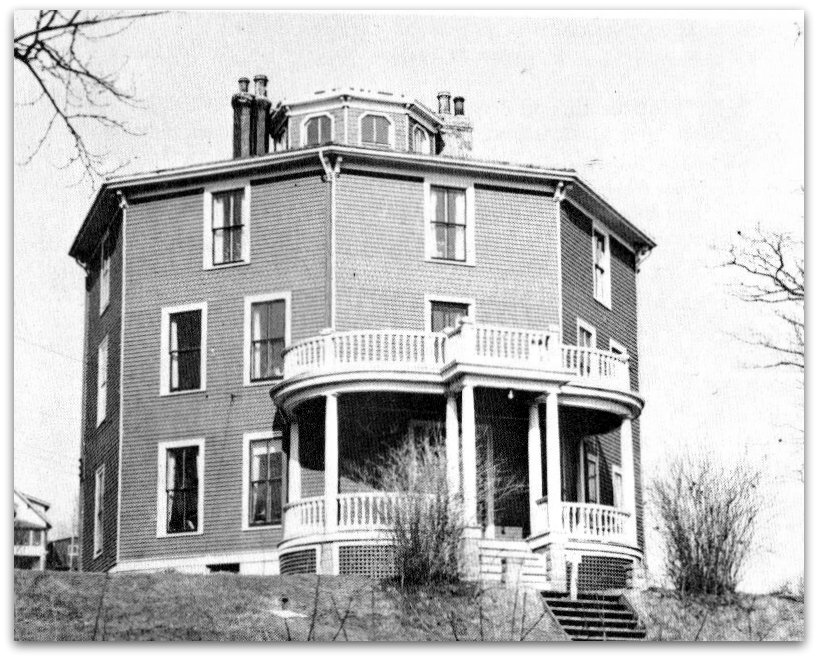 Octagon House (also known locally as the Inkwell House) was designed by Henry S Elliot and built by Dartmouth contractor John Keating in 1871 for Gavin Holliday, who was a factory manager at Starr Manufacturing in Dartmouth. It was made of wood, and the main floor consisted of square rooms – wasting triangles of space between the rooms and the exterior walls.

Fowler himself lived in an octagonal house, made of “gravel walls” styled to appear as stone block.

Octagon House was demolished in 1969, after the last owner Charles Herman sold the property to a developer, who built Octagon Tower. There is a single-story, 1857 octagon house located at 63 Church Street in Tatamagouche. The Scotiabank at Robie and Coburg is a modern interpretation of the style.