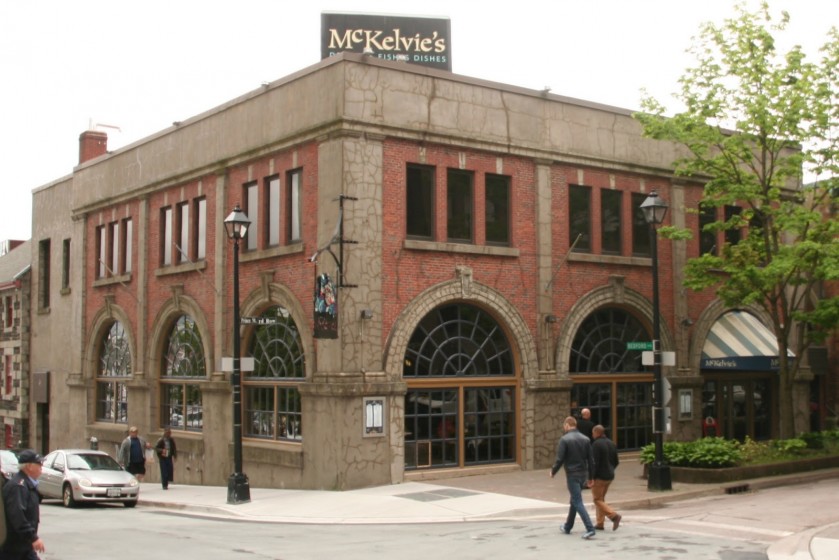 Located on Bedford Row at the corner of Prince Street, the No 4. Engine House was built to replace an older station also on Bedford Row, that in 1905 was declared unfit for men to live in by the Fire Chief. In May 1904, City Council: “Resolved, that the City Engineer be and is hereby instructed to draw and submit to this Council plans for the erection of an engine house on the property known as the Little Fuel Yard in this city.”

F.W.W. Doane, the city engineer, promptly advised council that his staff were too busy to prepare plans. Council then directed the city architects to submit plans, with acceptance of the plans determined on the merit (ie best plan wins). Council set the architects’ fee to 5% of construction cost for chosen plans, for plans and construction supervision. The budget was $10,000.

Sealed plans were received in November 1904, with coded submission forms. The plans from “Square and Compass” were chosen, and referred to Council for final approval.  Plans were also received from Bluenose, Como, Salamanda, Cambria, Experience, and Citizen. The successful submission was that of  R.A Johnson. Richard Arthur Johnson was a partner in the firm of Hopson Brothers, architects, and originally headed the Sydney NS office of the firm, but practiced in Halifax after that firm dissolved.

The building was influenced by the Chicago style of architecture with ornamentation, tall pilasters and wide Romanesque arches. The arches on the front Bedford Row elevation originally acted as the doors for fire apparatus. 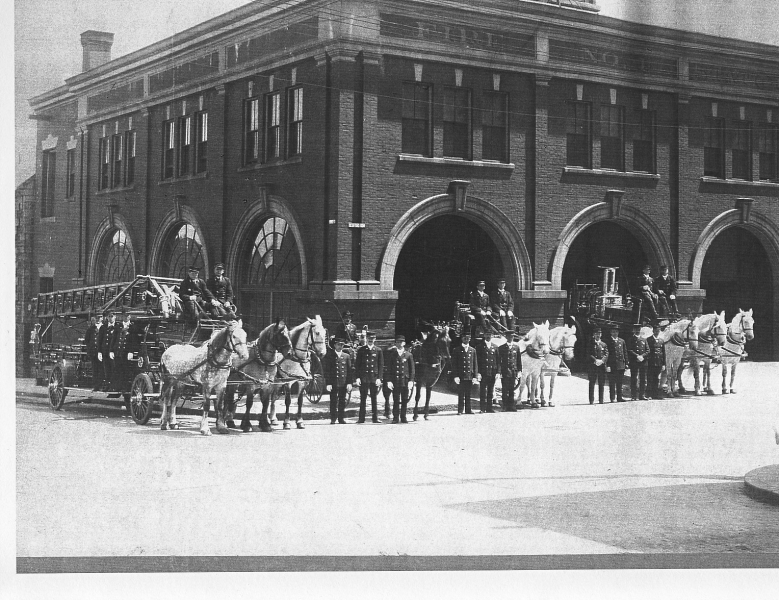 By June 1905, plans were complete, and the project was put to tender. Five responses were received in July – two were non-compliant, and were rejected. Geo. B. Lowe was recommended with a cost of $16,535, and proposed to construct the station of concrete block. Council decided to send the tender back to the works committee, as the plans were to be for a $10,000 building and the lowest bid was $7000 more. Council also want to know if it was advisable to build with concrete block.

On August 15, the city works committee reported back to council. The architects who submitted plans all felt that $10,000 was too low a budget for a building; those who gave an estimate felt $14000 was the bare minimum price for the station. The proposed construction material – concrete block – was also addressed. It was initially thought that brick would be cheaper, and a petition against the use of concrete was received from the bricklayers’ union. Concrete block was a modern material and felt to be unproven, and was considered to be a cheaper material then stone (though concrete block was in wide use in cities west of Halifax). The blocks were proposed to be made by city labour, and laid by union masons.

In the end, Council accepted the tender of Edward Maxwell at a cost of $17,764 for a brick building with concrete trimmings. The building was complete by May 1906, and the final payment was released to the contractor. 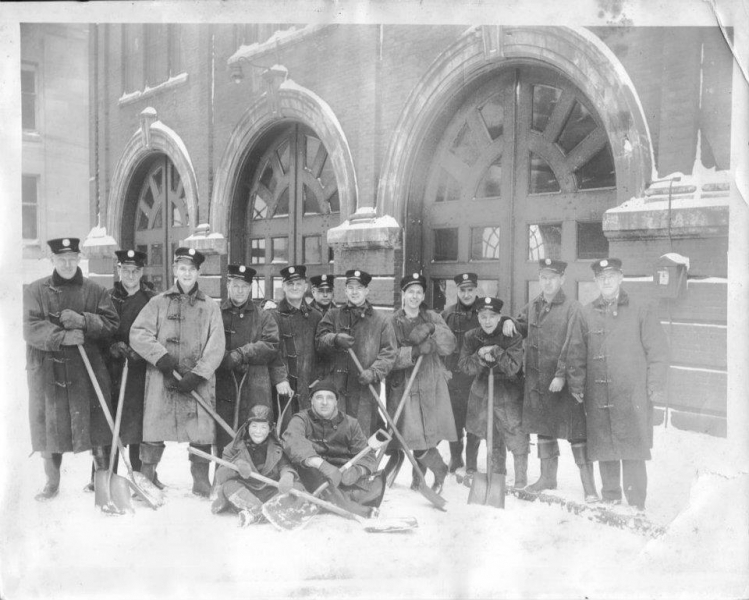 After the station was completed, the architect made an unsuccessful attempt to collect a fee of 5% of the final construction cost of $17,764. The city ruled that the fee was to a maximum of $500, and this was clear when the design was awarded. R.A Johnston was paid $441.70 for his design and supervision services.

After opening, the roof leaked, and by February 1908 the contractor was unresponsive to requests from the city for warranty repair. The city solicitor was authorized to take action. 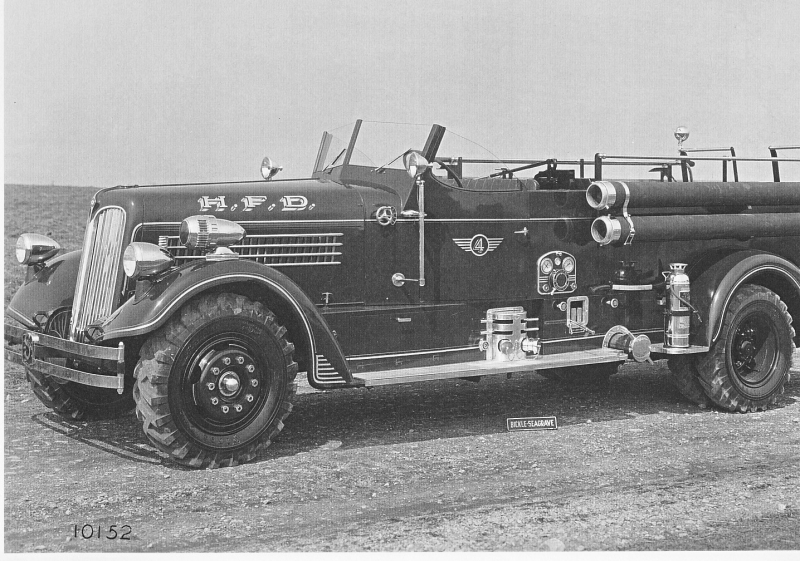 Firefighters from this station would have responded to the fire that led to the Halifax Explosion. Ironically the re-construction of the devastated area would be done primarily with Hydrostone – a brand of concrete block manufactured in Eastern Passage, and 10 years prior considered too modern for the fire station. 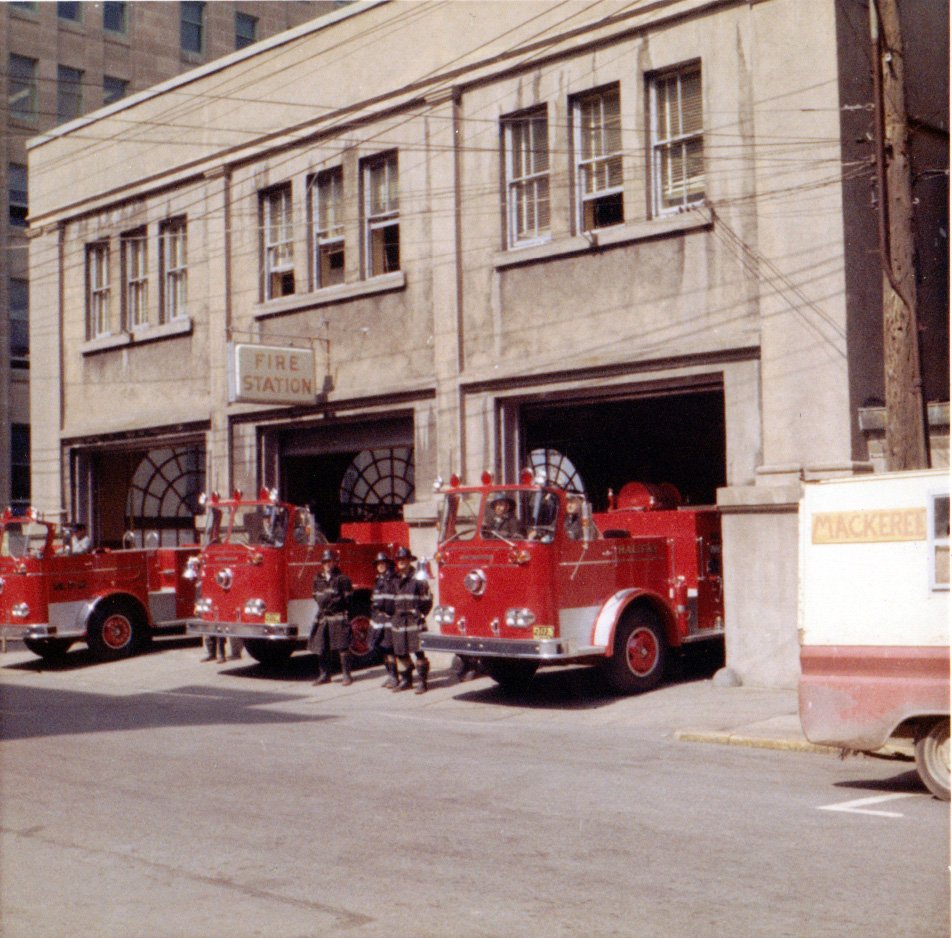 Appearance in 1969 before closure. The arched doors were restored, and some brick uncovered after conversion. 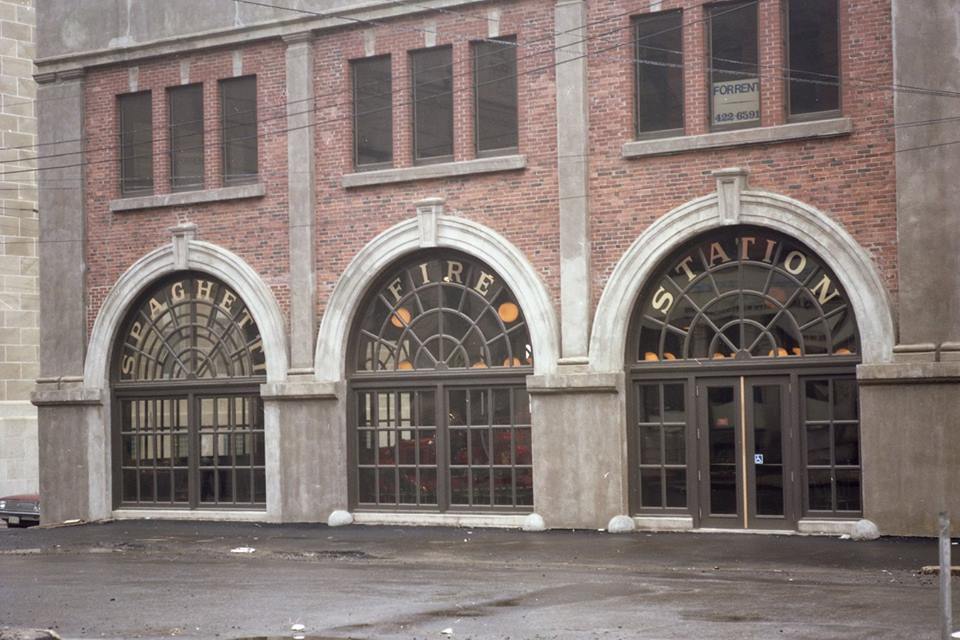 The Station just after conversion.

The Bedford Row Fire Station served Halifax for over 50 years. In 1969, the Fire Station was closed, and converted to restaurant and office space and staff were moved to the new West St. Headquarters. The Current appearance is faithful to the original, though the rustication at the base has been lost, as has some of the detail of the brick work.