The big news about the Macdonald Bridge is the impending re-decking. Halifax is fortunate, in that the proposed procedure has been done, once before, in Vancouver. The Lions Gate Bridge is a twin to the Macdonald, and so they are very similar. In fact, the contract to complete the work was awarded to the same company that did the Lions Gate Bridge.

The firm of Monsarrat and Pratley were engaged to carry out studies of a possible high-level highway bridge linking the 2 sides of the harbour as far back as 1928. The bridge location between North Street in Halifax, and Thistle Street in Dartmouth was approved by Dominion Authorities and the British Admiralty in 1933. The 1945 master plan for Halifax assumed that this would be the location for the bridge, and suggested widening North Street to accommodate traffic. Dartmouth’s master plan of 1945 also assumed this would be the location.

The bridge was designed by Philip Louis Pratley, one of Canada’s foremost long-span bridge designers who had also been responsible for the Lions Gate Bridge in Vancouver. By the time design work began in 1950, he was working alone.  The contractor was Dominion Bridge Company Ltd.  When erected at a cost of CAN $10.75 million, the Macdonald Bridge  was the second longest span of any suspension bridge in the British Commonwealth, after only Vancouver’s Lions Gate.

Pratley worked on many of the large bridges in Canada, including the Jacques Cartier in Montreal, the Quebec Bridge, and the Saint John Highway Arch Bridge. One of the lesser known landmark bridges designed by Pratley was the Sheet Harbour Bridge (1957–1958), crossing over the East River at Sheet Harbour, Nova Scotia. On its erection, the through-steel arch structure of 465 ft span was the second longest-span highway bridge in Nova Scotia.  It is due to be replaced in 2015. Pratley was also appointed to the American committee formed to investigate the failure of the Tacoma Narrows Bridge.

The Dominion Bridge Company itself was formed in 1896, and lasted until 1998, when it went bankrupt after purchasing the MIL Davie Shipyard. The last remaining Dominion Bridge facility is a plant in Amherst, operated by the Cherubini group, who will be doing the steel fabrication of the new pieces for the bridge.
Pratley’s son Hugh was involved in the site supervision and took over the operation of the consulting firm on the death of his father in 1958. Construction on the Macdonald Bridge began in 1952, and took 3 years. During construction, 6 workers were killed. 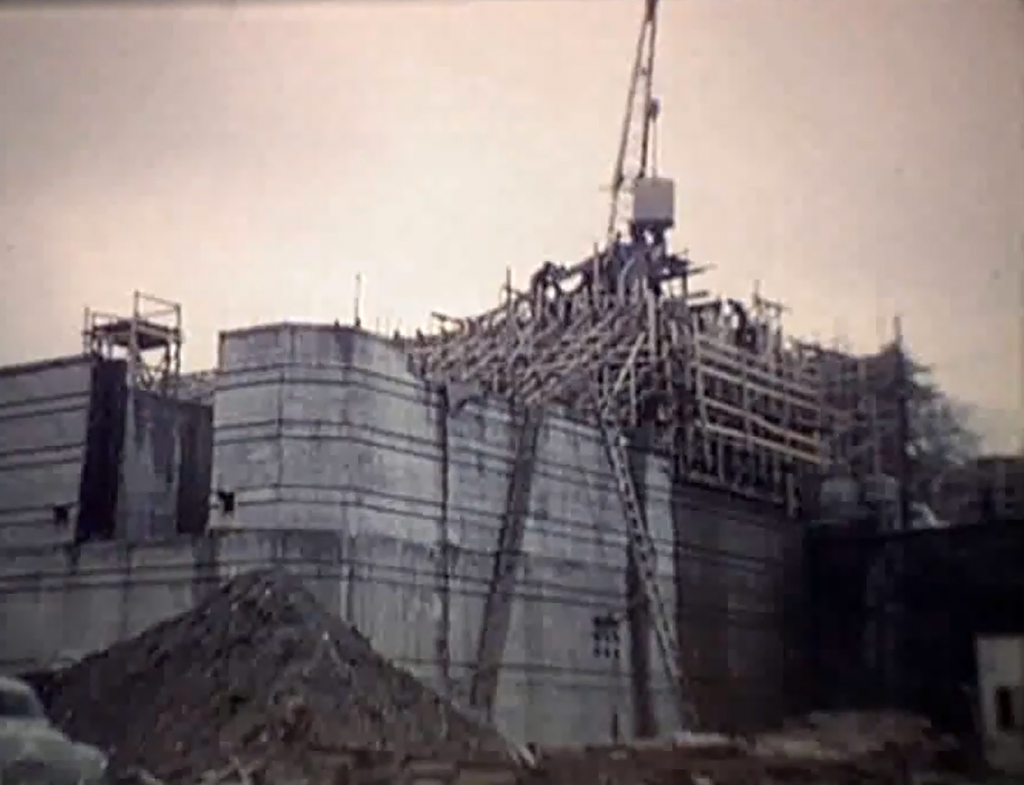 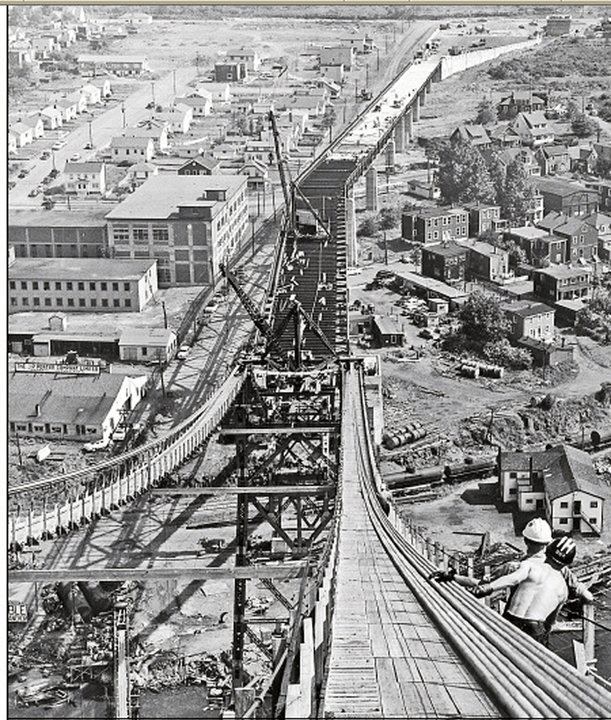 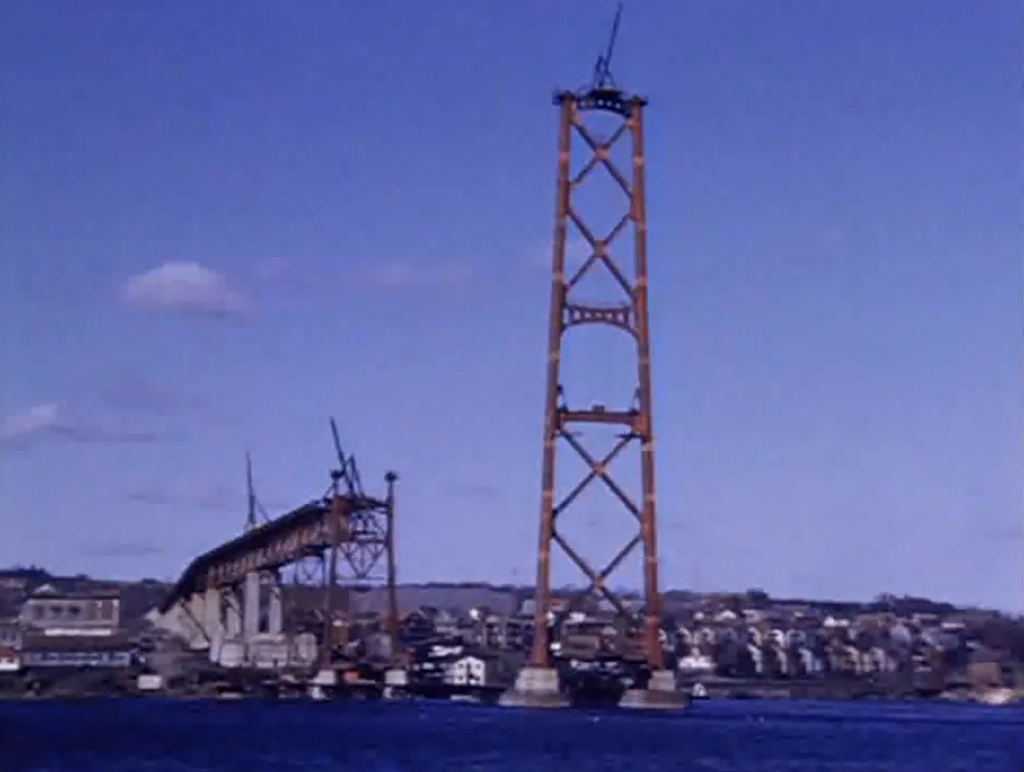 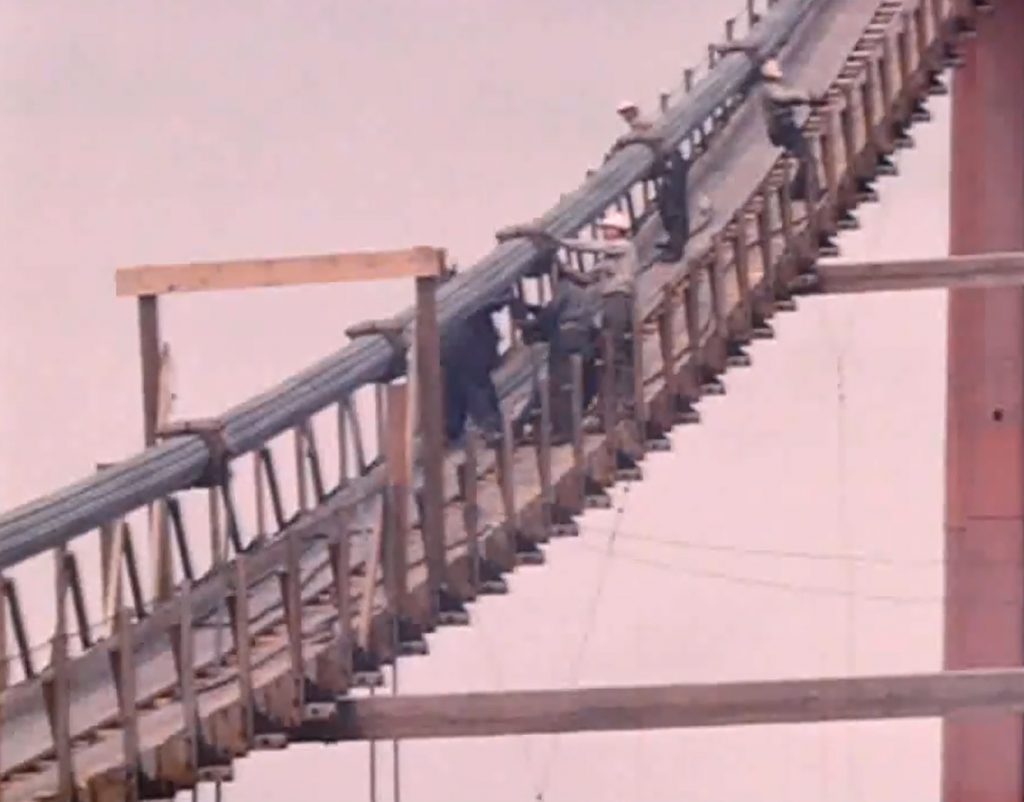 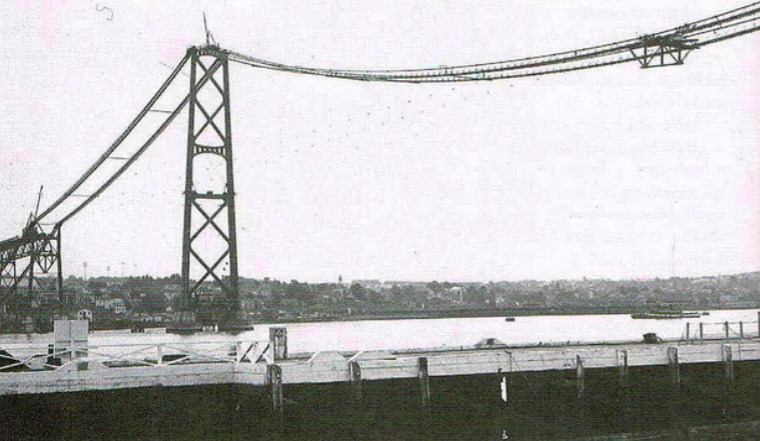 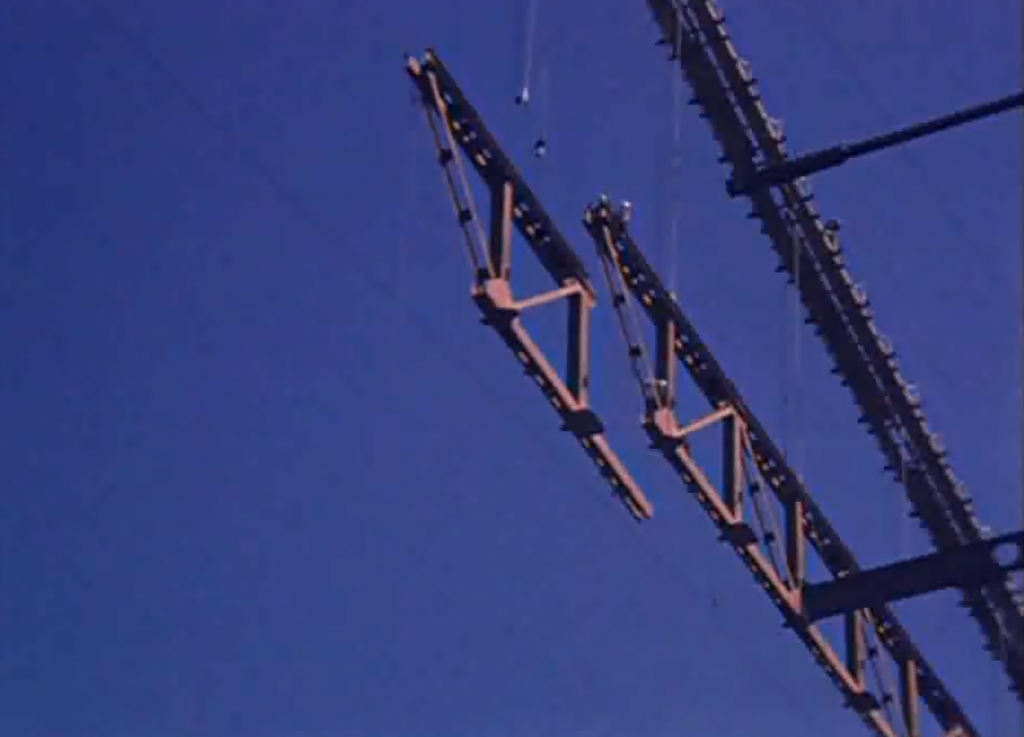 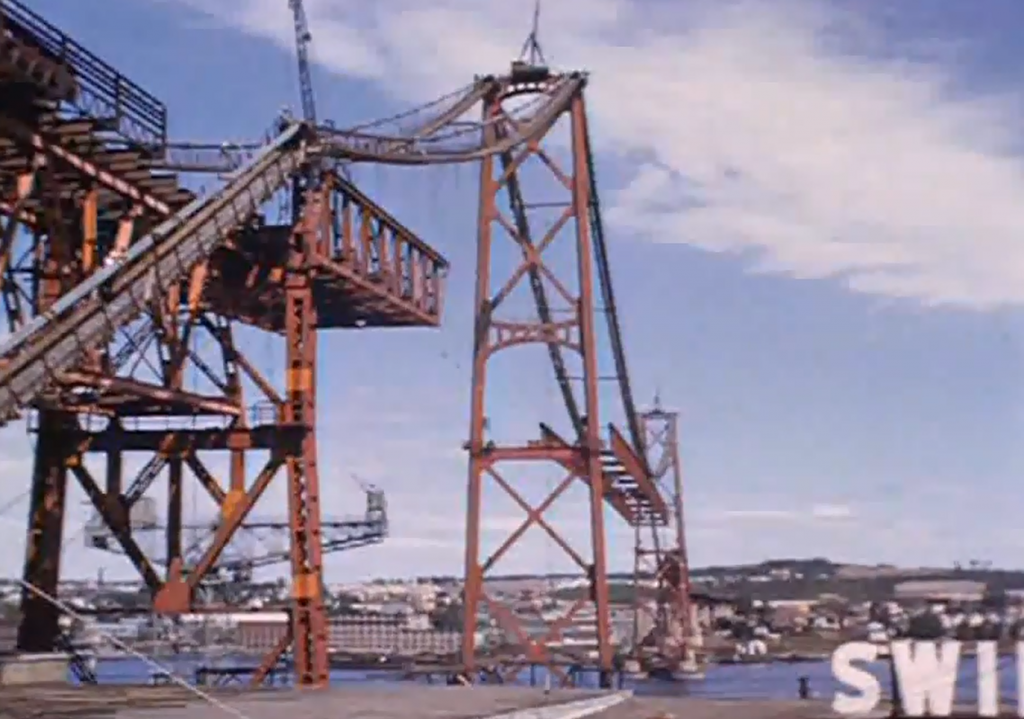 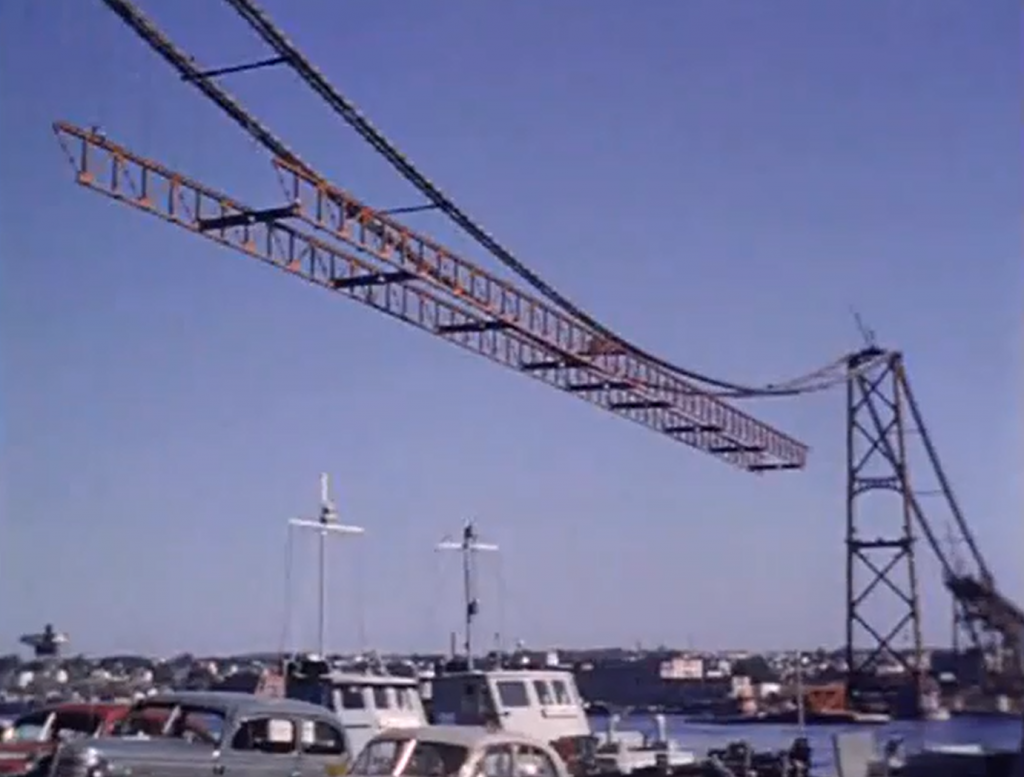 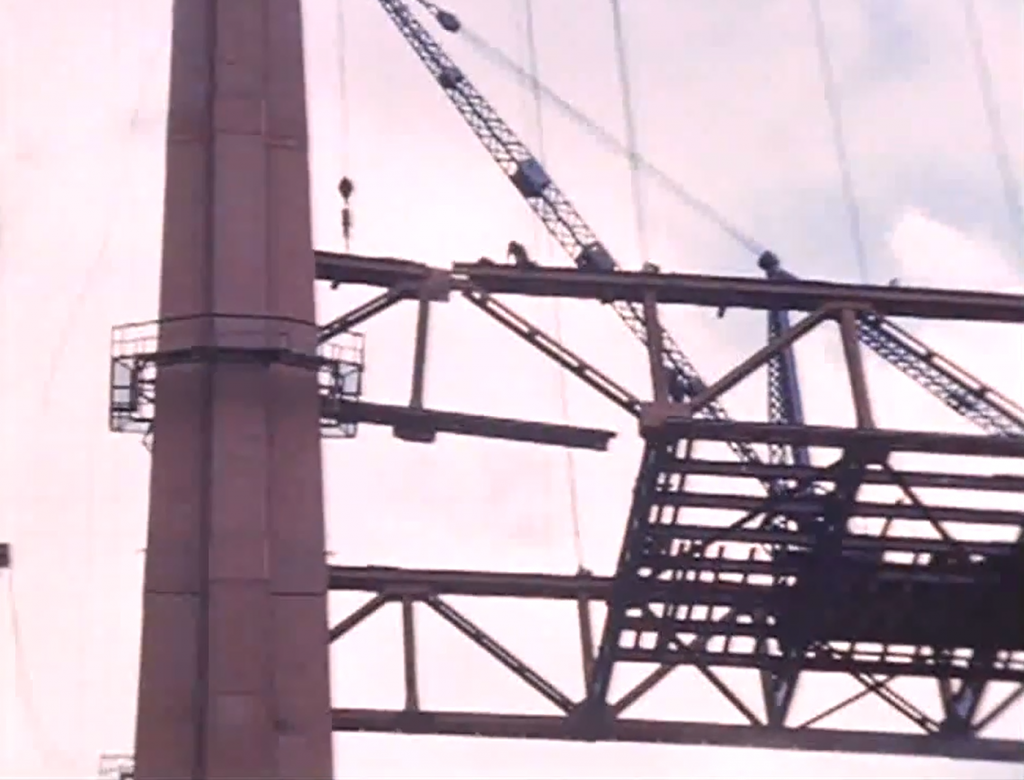 The Macdonald Bridge opened to the public on April 2, 1955. 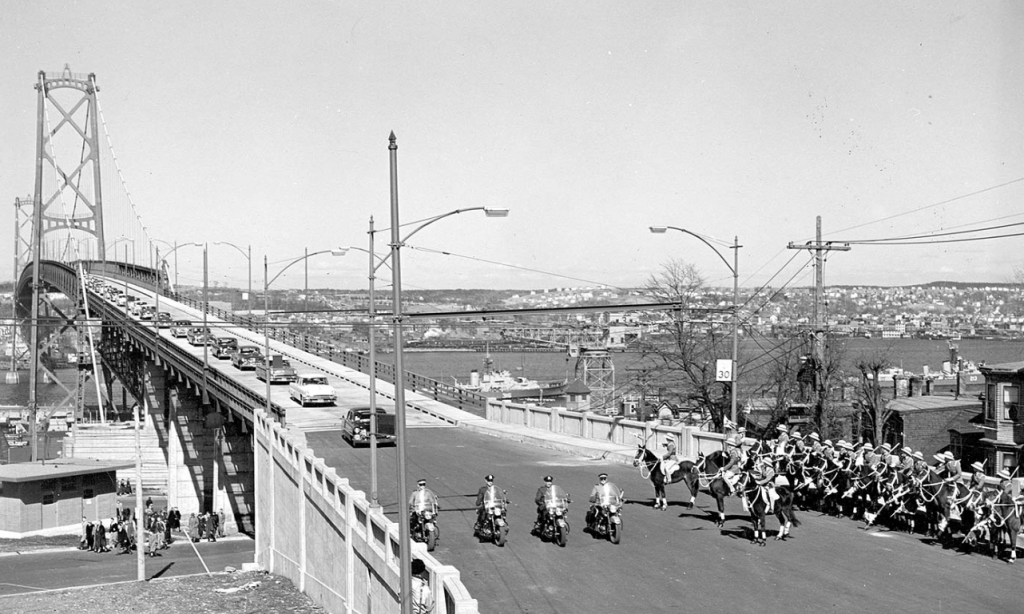 The Macdonald Bridge was converted from a two lane to a three lane structure with a pedestrian walkway and bicycle lane in 1999. At that time the non-suspended approach spans were replaced. The widening was done by relocating services  to the underside of the bridge, and moving the sidewalk to the outsides of the bridge. As the bridge no longer carried truck traffic, and a 24″ water main was installed rather then the designed 36″ main, there were allowances due to the decreased live loads on the bridge. As well, the new orthotropic deck was lighter then the original concrete deck.
In 2000, The Halifax Dartmouth Bridge Commission produced a 20 minute video on the bridge called “New Old Bridge”. The colour images above are stills captured from that video.