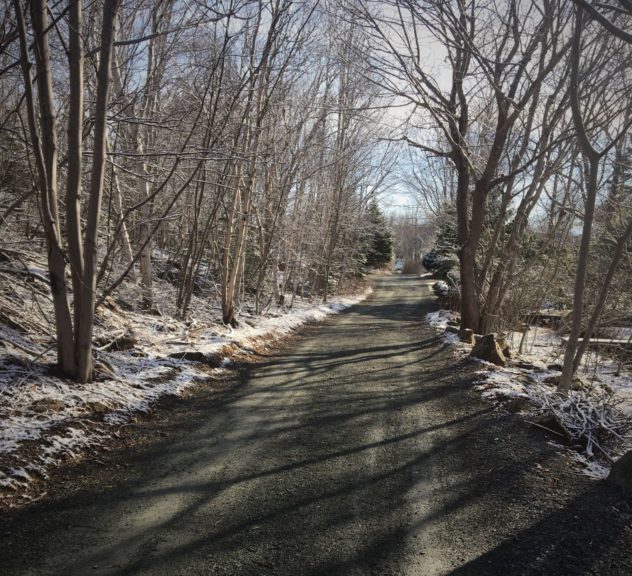 Being able to shelter in our little landscape is a comfort. I’m able to focus on small things. Like a viburnum bud. 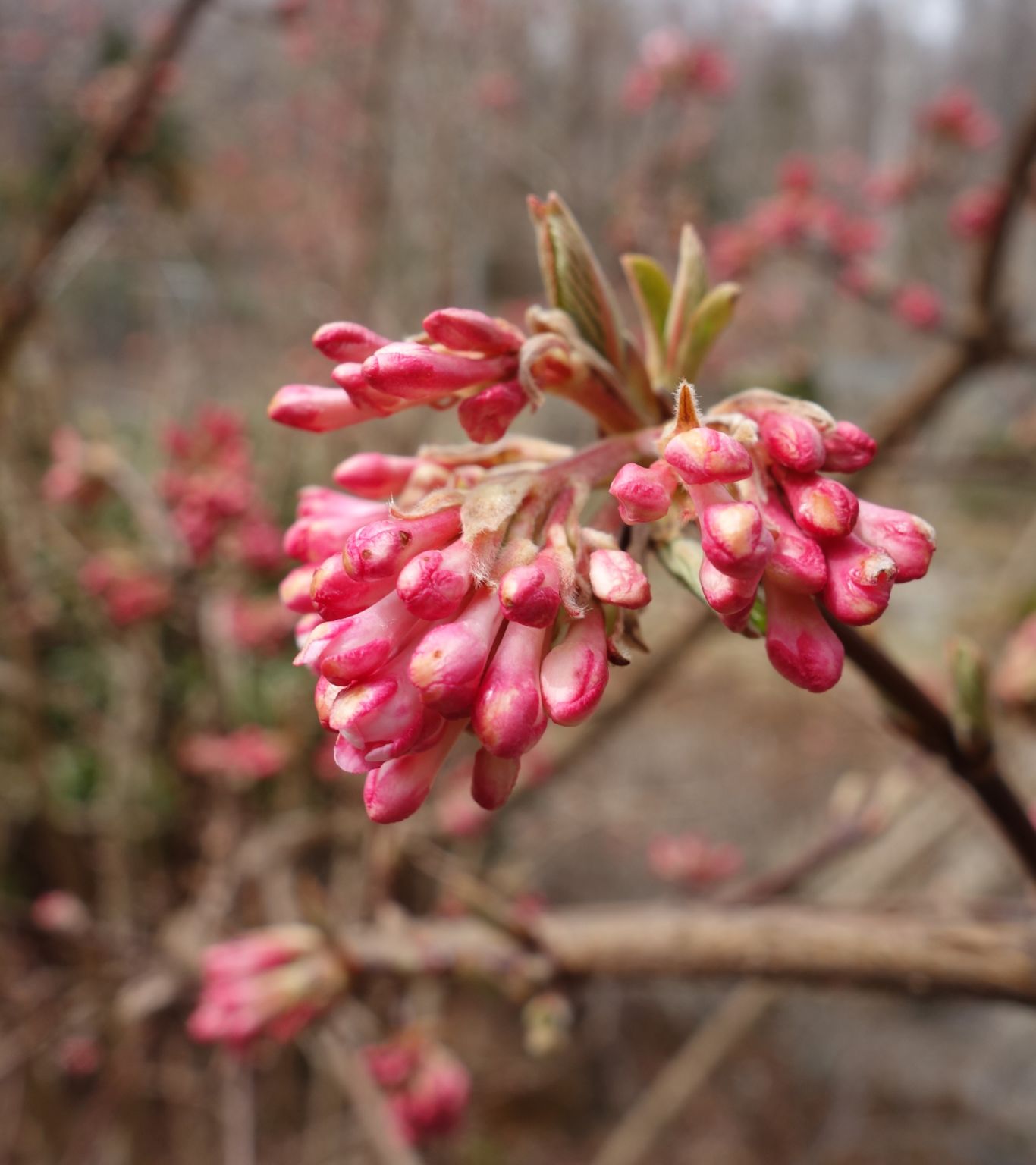 Or pollinators on a willow. 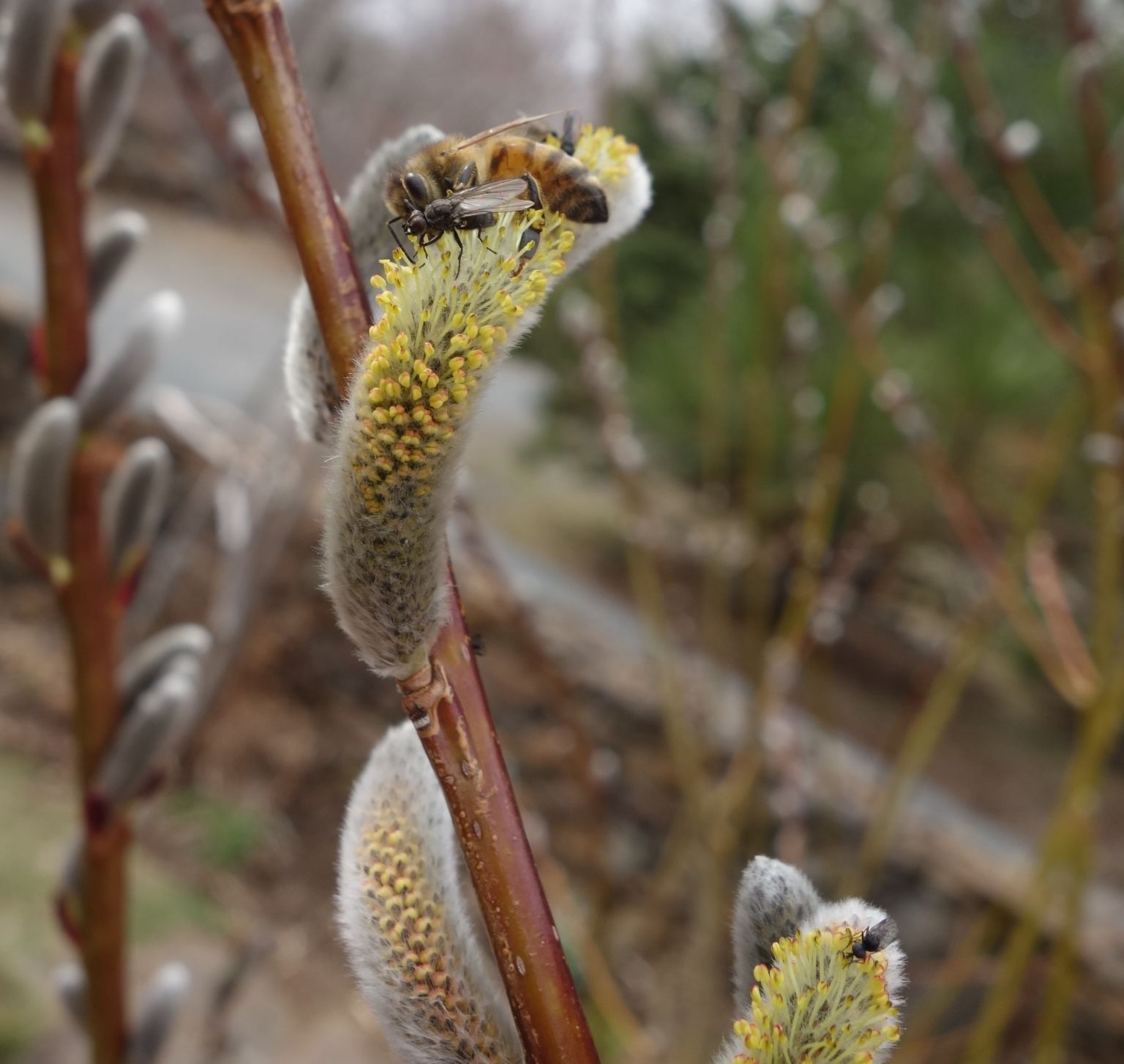 It is also a time to smarten up edges and establish boundaries. 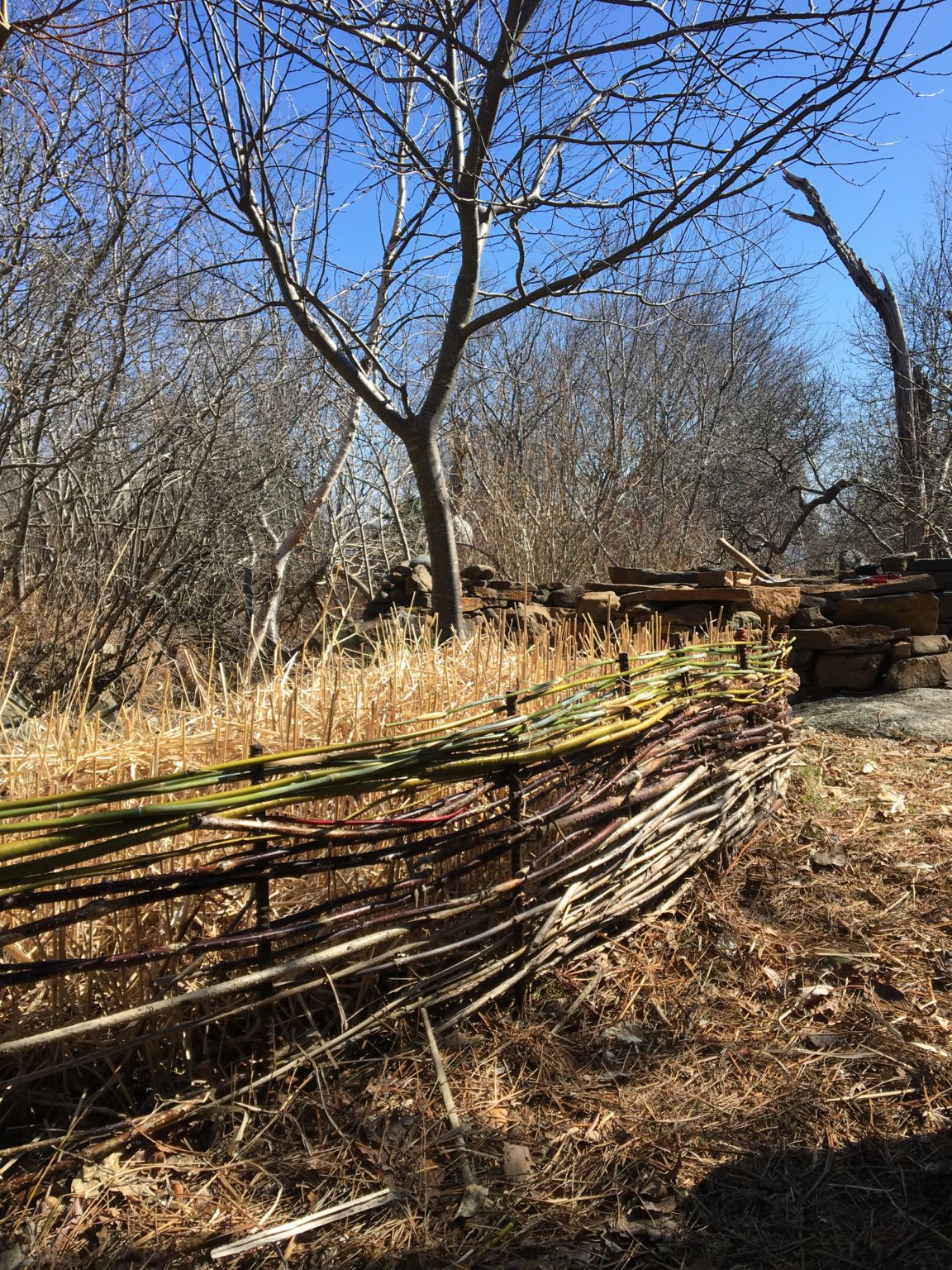 And think about the near future.

Planted three varieties of peas, which can handle cold weather. Usually we produce just enough peas to eat in the garden. Can you see the birch twigs stuck in the dirt so the young plants will have something to climb on when they emerge? I need to gather more twigs to support plants throughout the garden. 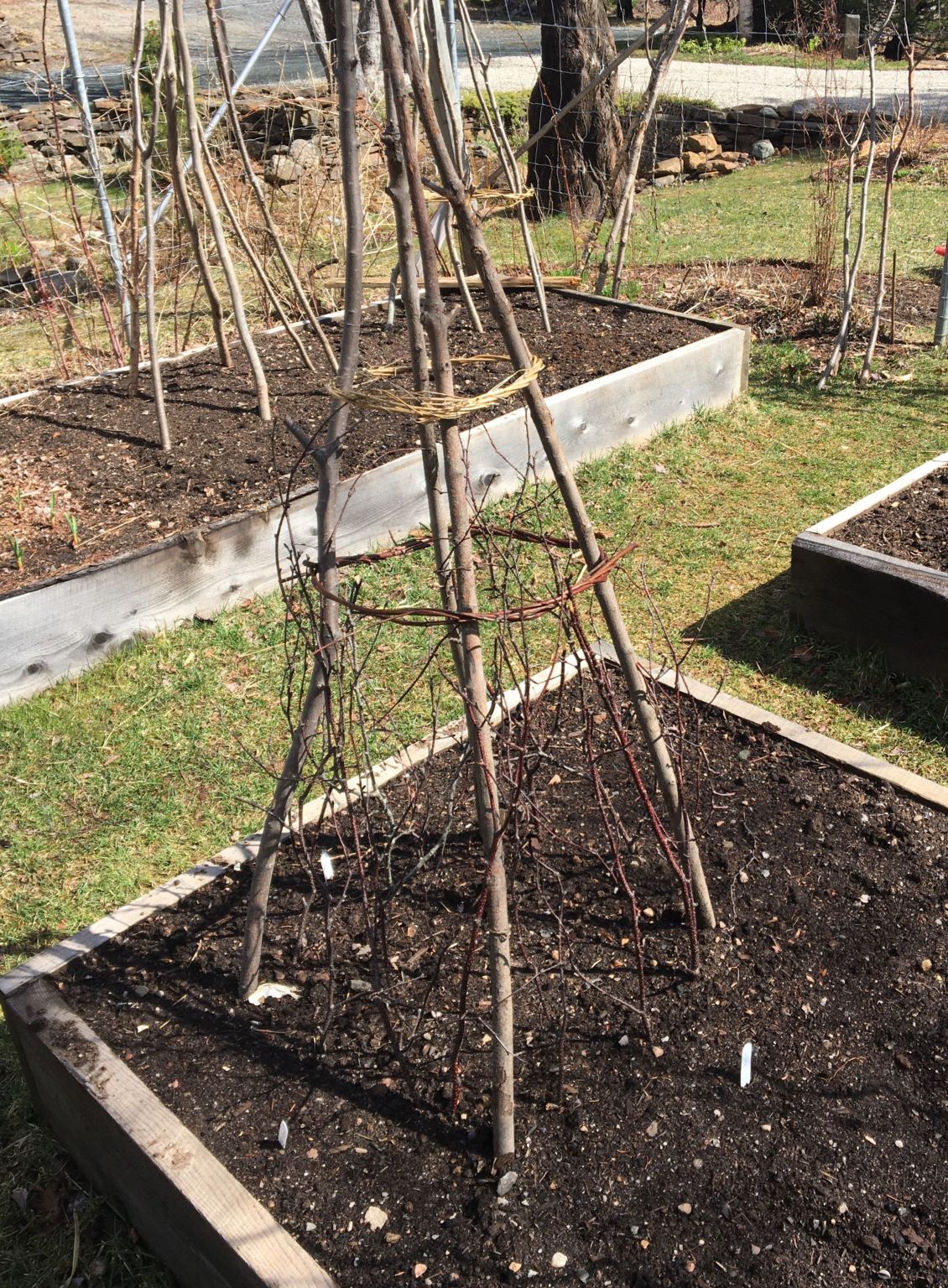 Although the house we live in is just a little over 30 years old, the land it sits on has been used by settlers for 200 years. The humble fishing community of Fergusons Cove was along the shore, while the rock-filled uplands were divided into small fields surrounded by stone walls. This 1840s illustration of the Cove misses our property, that would be off screen to the upper left. 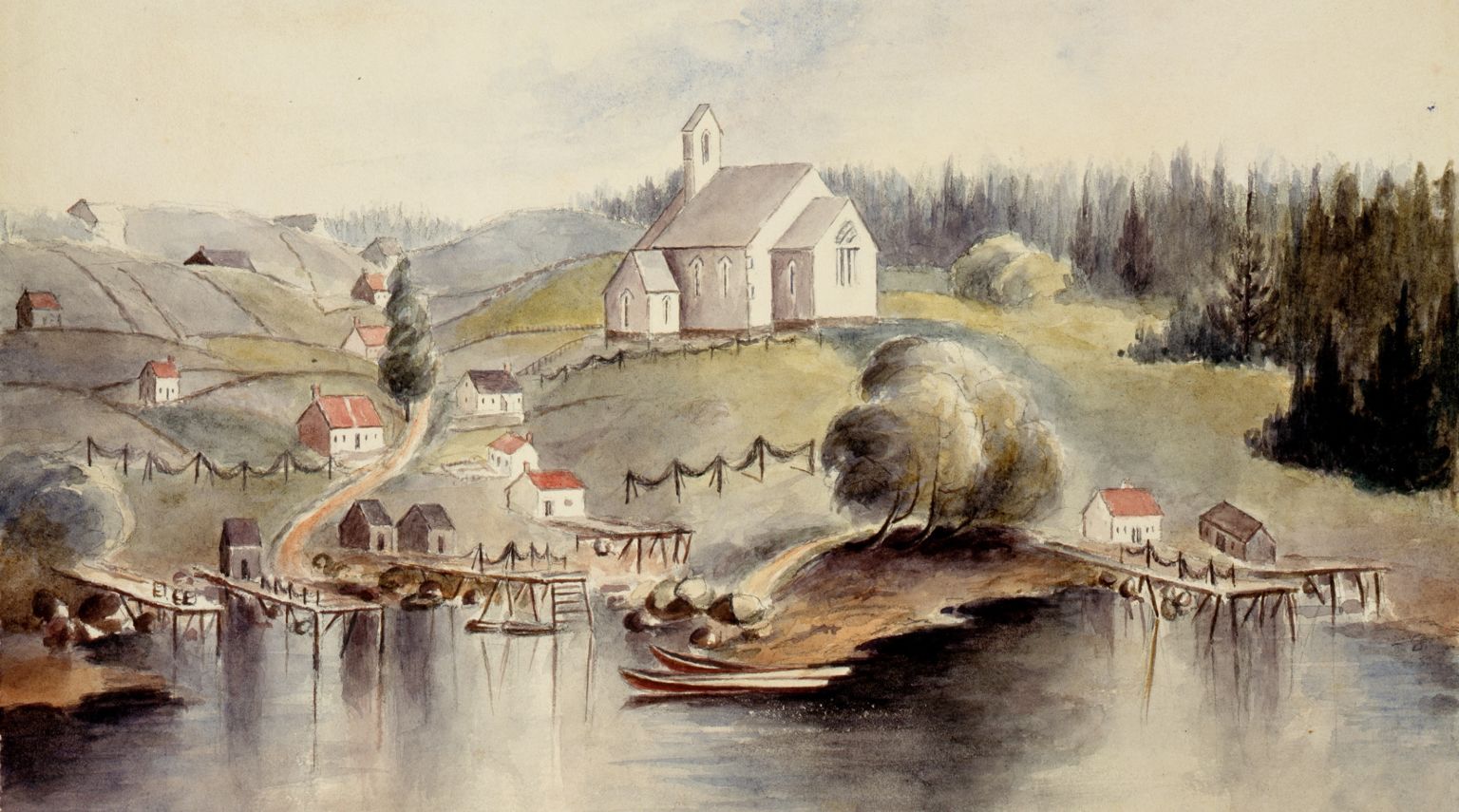 I like that there is evidence of the people who have lived here before. The same stones they rolled and piled get handled again by me. There was a tumbled-down wall along the road that I have reformed (now it is a convenient place to store stones when they turn up). How about that snow on Saturday night. 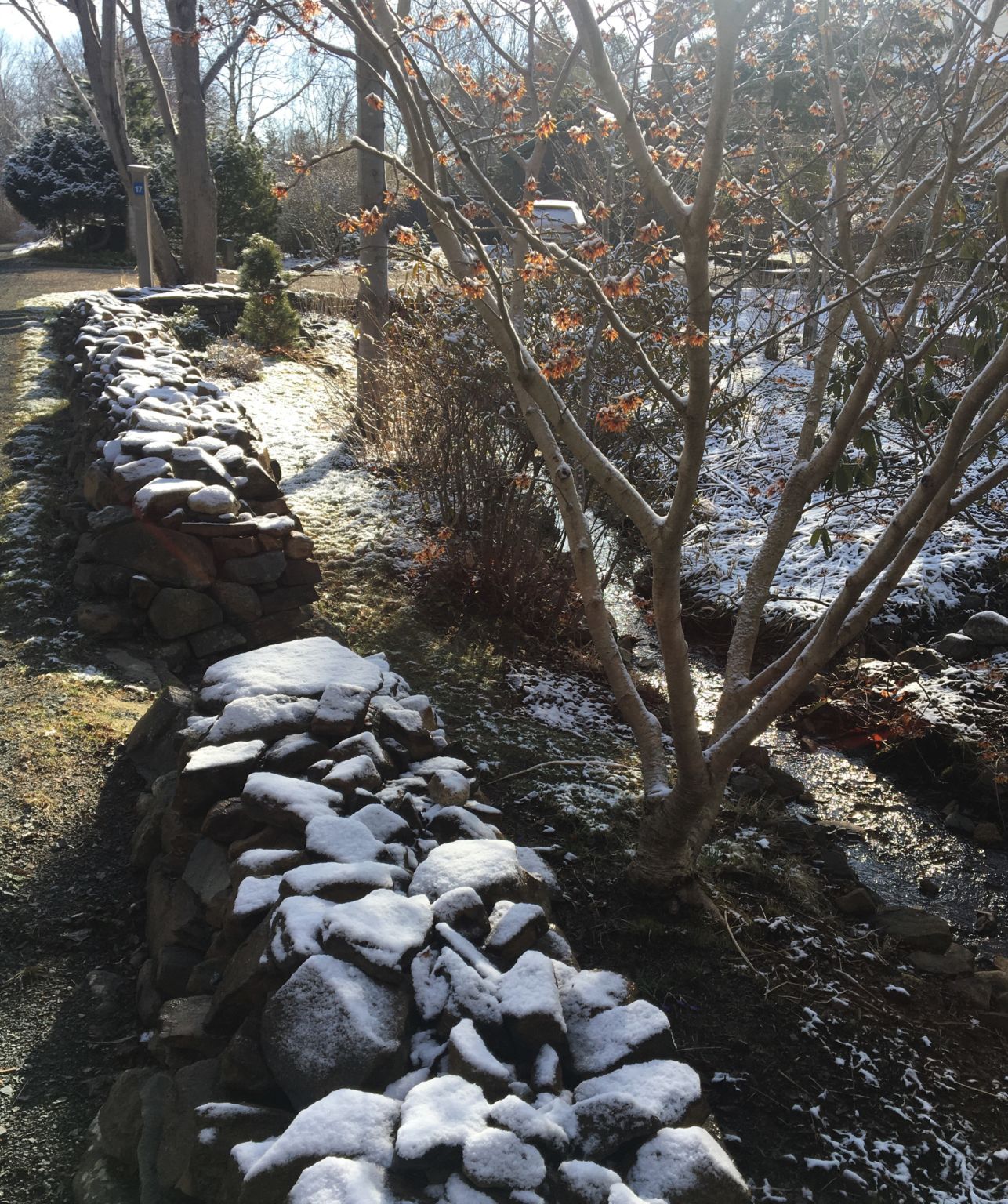 I particularly enjoy using our stone for informal paving. 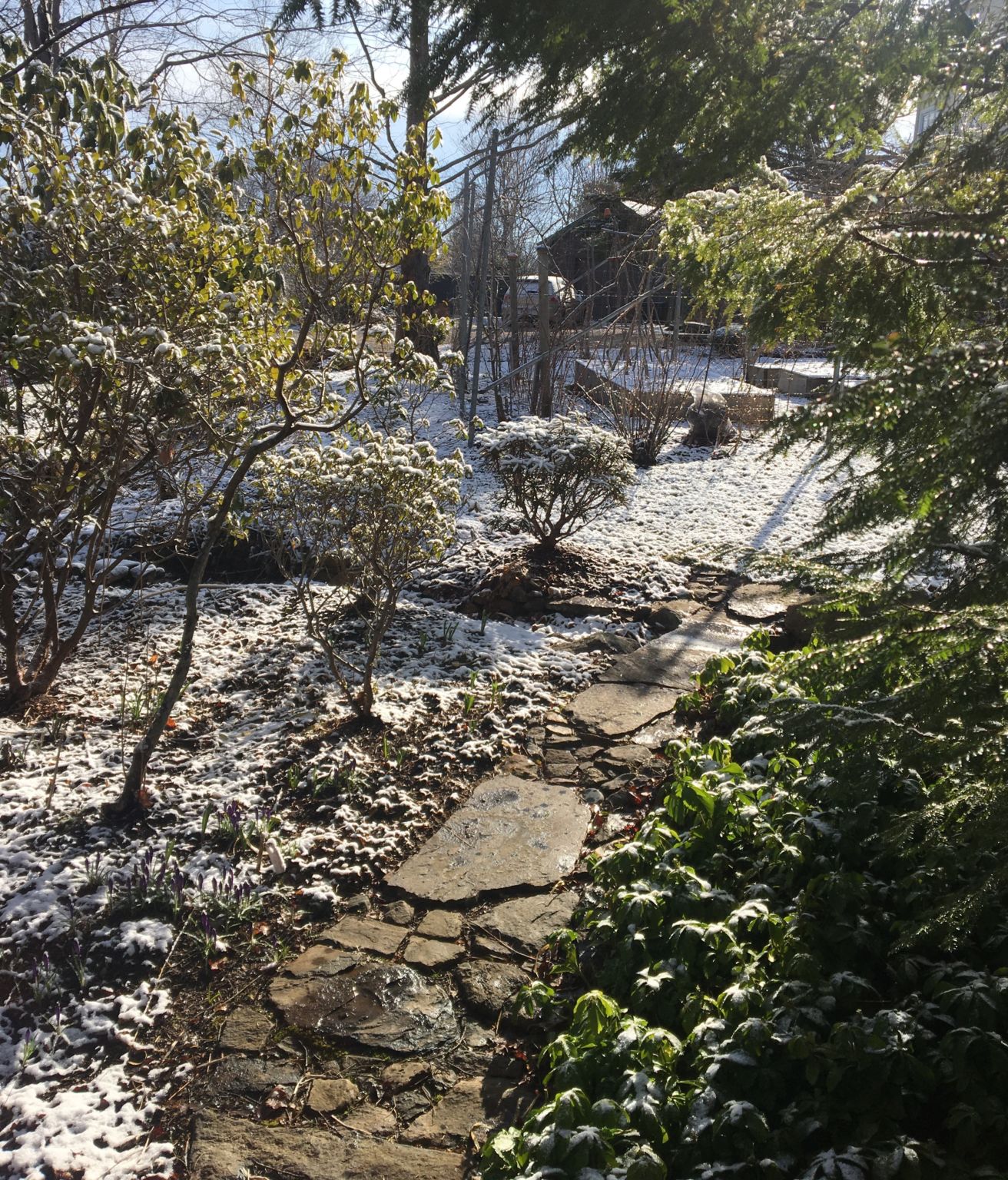 Along the old walls I’ve uncovered a few pieces of 19th century ceramics. Breaking dishes is something I share with these ancient neighbours. 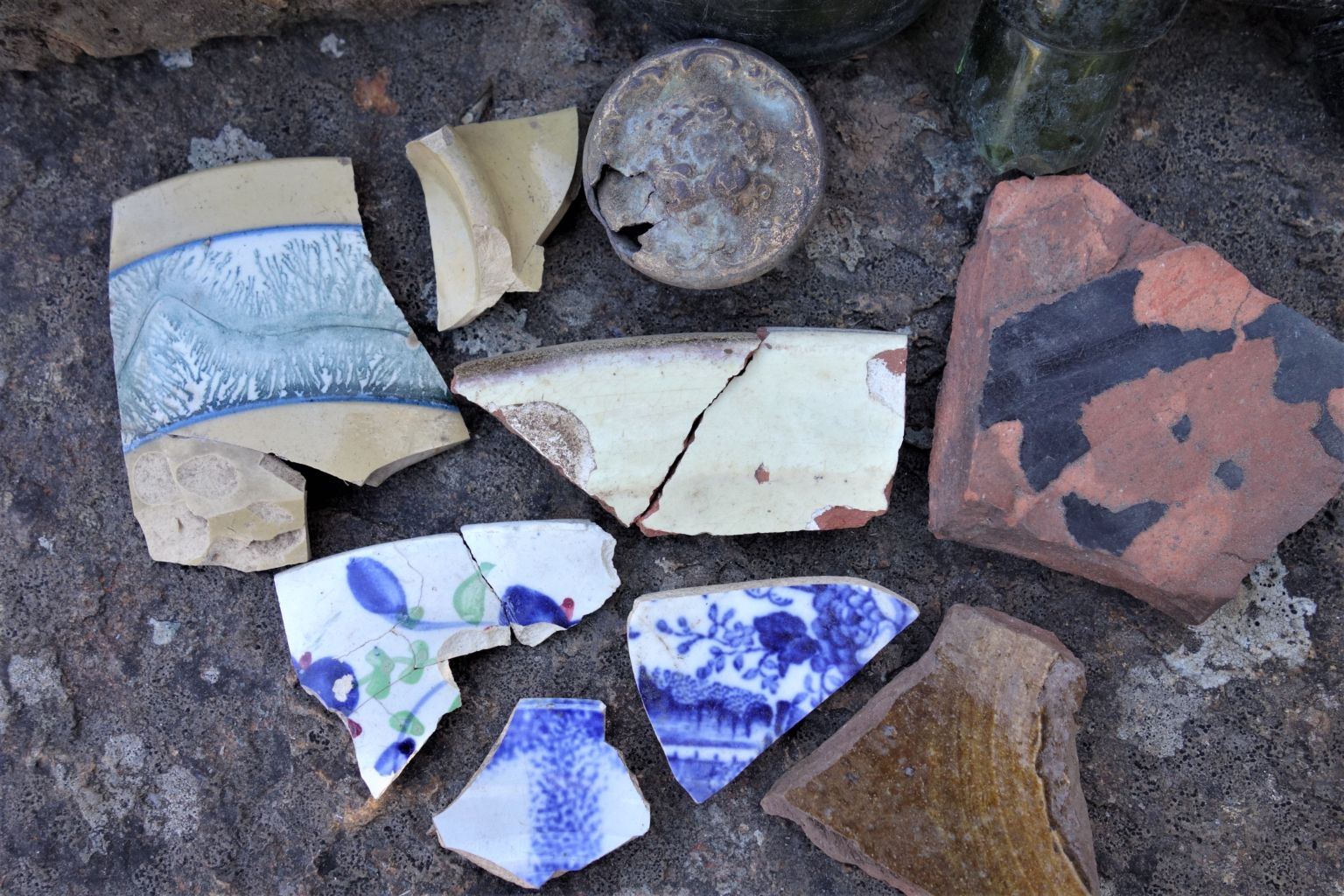 Clearing along the edge of our road, I was excited to discovered a “flying A” hood ornament (bonnet badge), from a 1950s Austin. For someone named Archibald, that felt auspicious. It would also work if you were a flaming asshole. 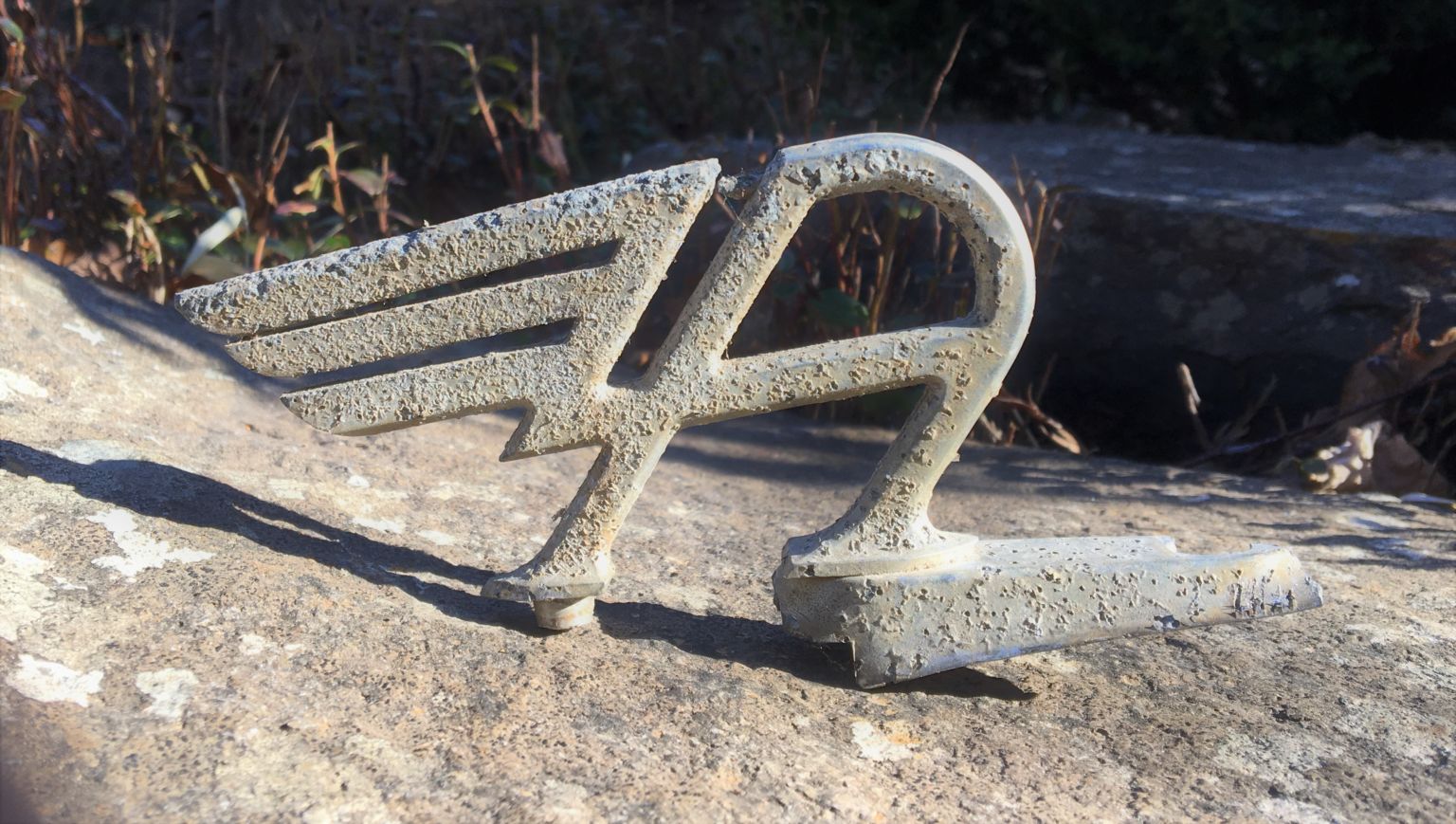 A family built our house and we have dug up a number of small toys that must have belonged to the children. This figure is a mystery to me, but is undoubtedly familiar to you children of the late 1980s. 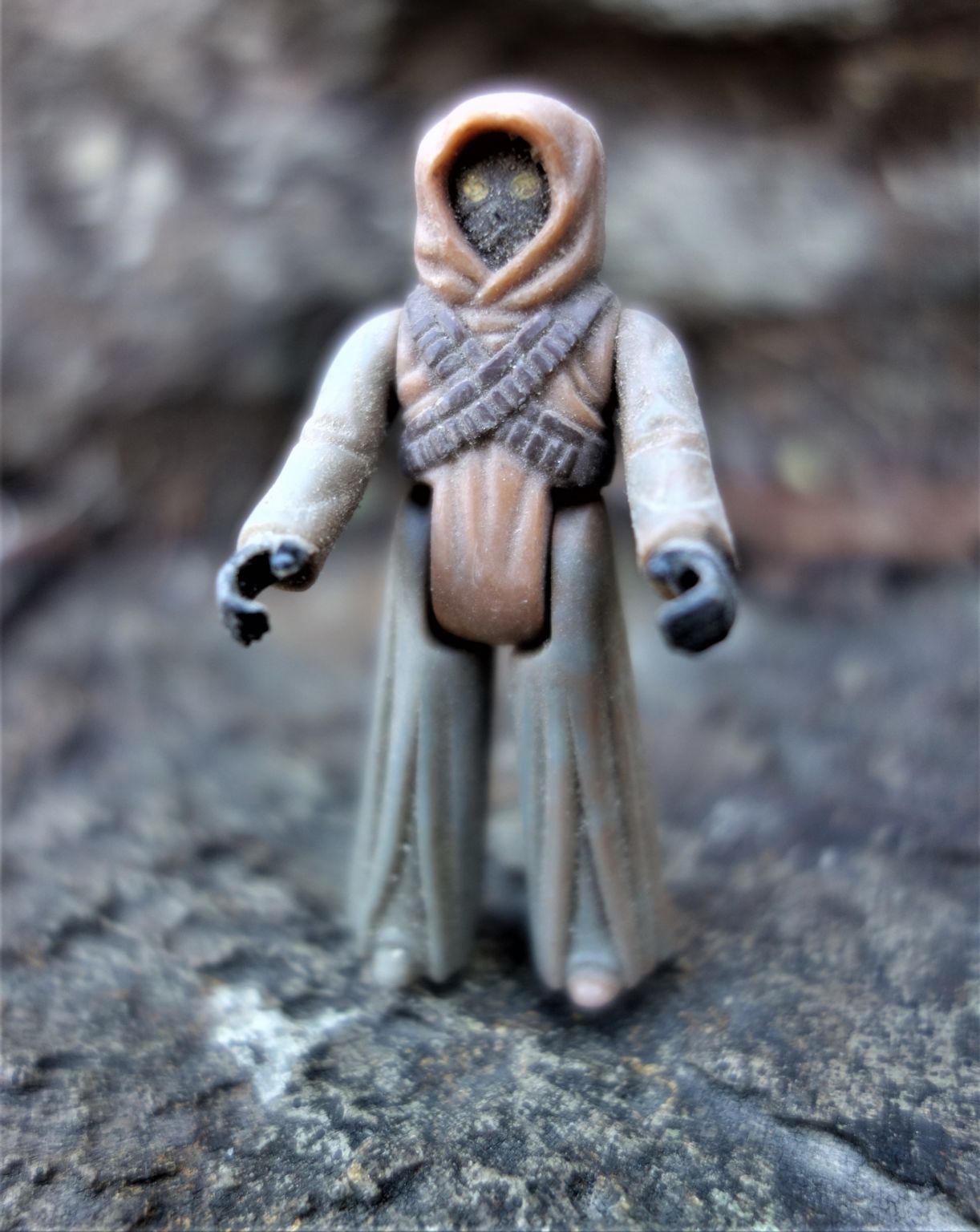 The only functional things we’ve dug up are a few tiny bottles, perfect for these early blooms that I just went out and gathered for you. 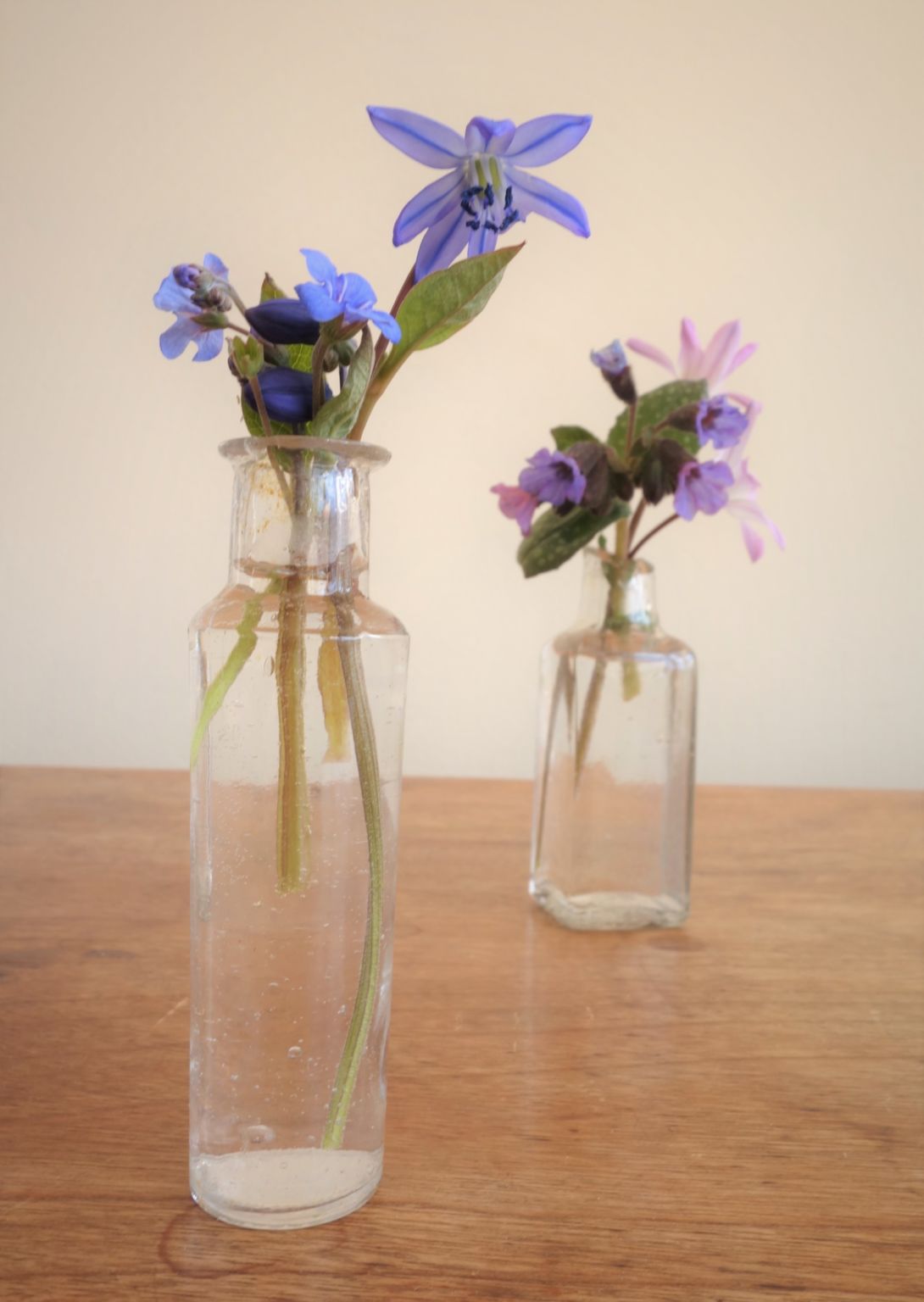 I was dividing poppies yesterday and remembered a phenomenon that happens this time of year. We have a few blue poppies that are native to the cloud forest-covered foothills of the Himalayas (blue poppies are the national flower of Bhutan). Their young leaves are covered with thousands of minute hairs. On cold foggy mornings, these hairs collect equally tiny droplets of water. The closer you get, the more amazing it looks. 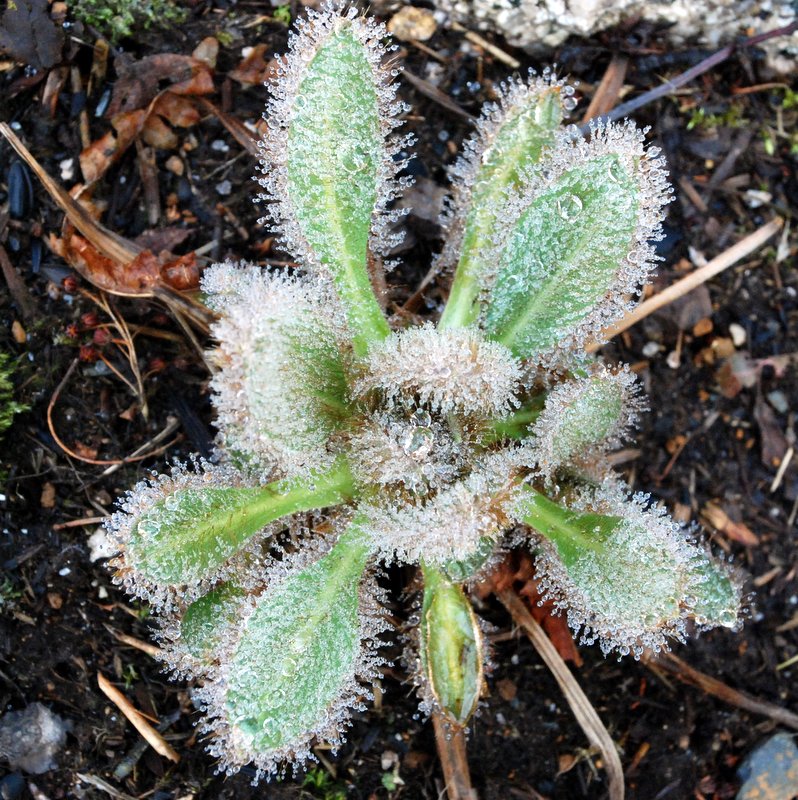 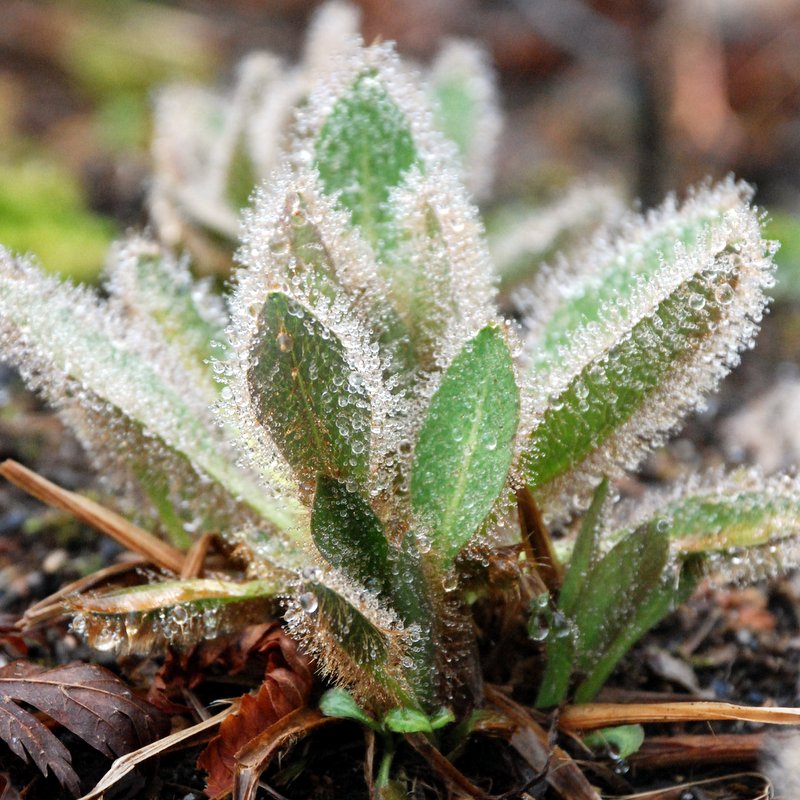 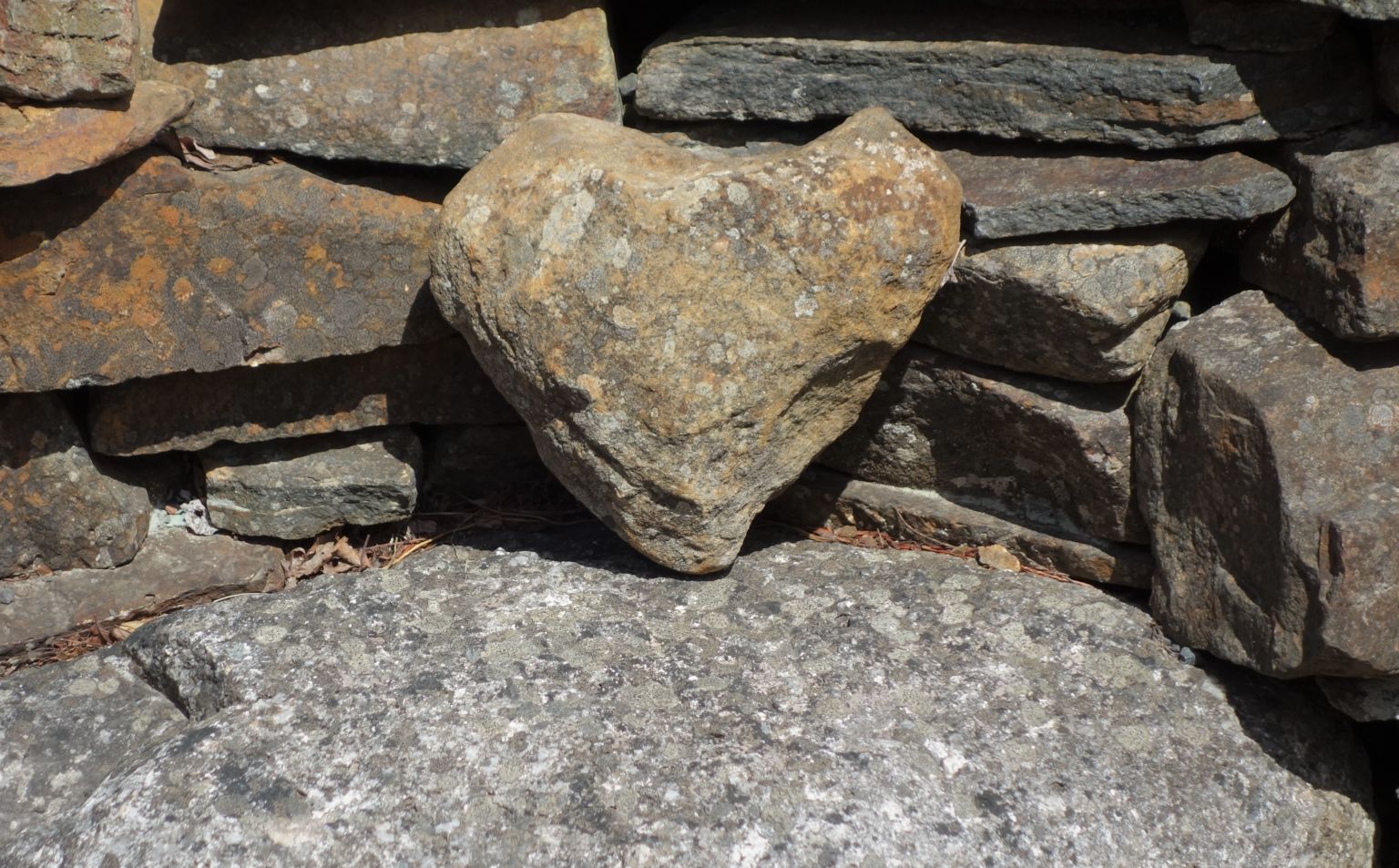