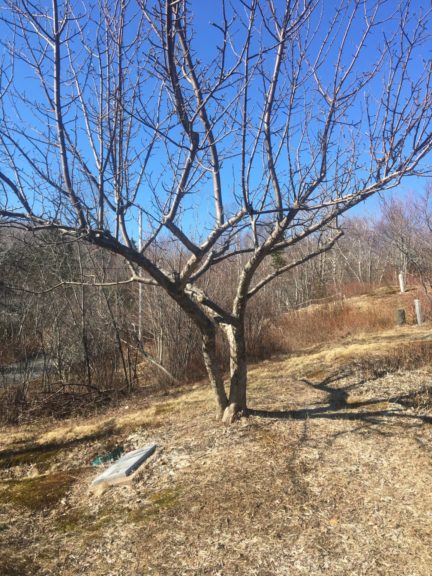 At the best of times, I have a short little span of attention, and THESE times are not helping. So while we isolate here at home, maybe I can show you what I’m noticing in the spring landscape, cause that is mostly what I’m doing anyway.

Sunday has started with the most beautiful atmosphere: still, but animated by bird song. Went across the road to the old community cemetery to gaze at the harbour. 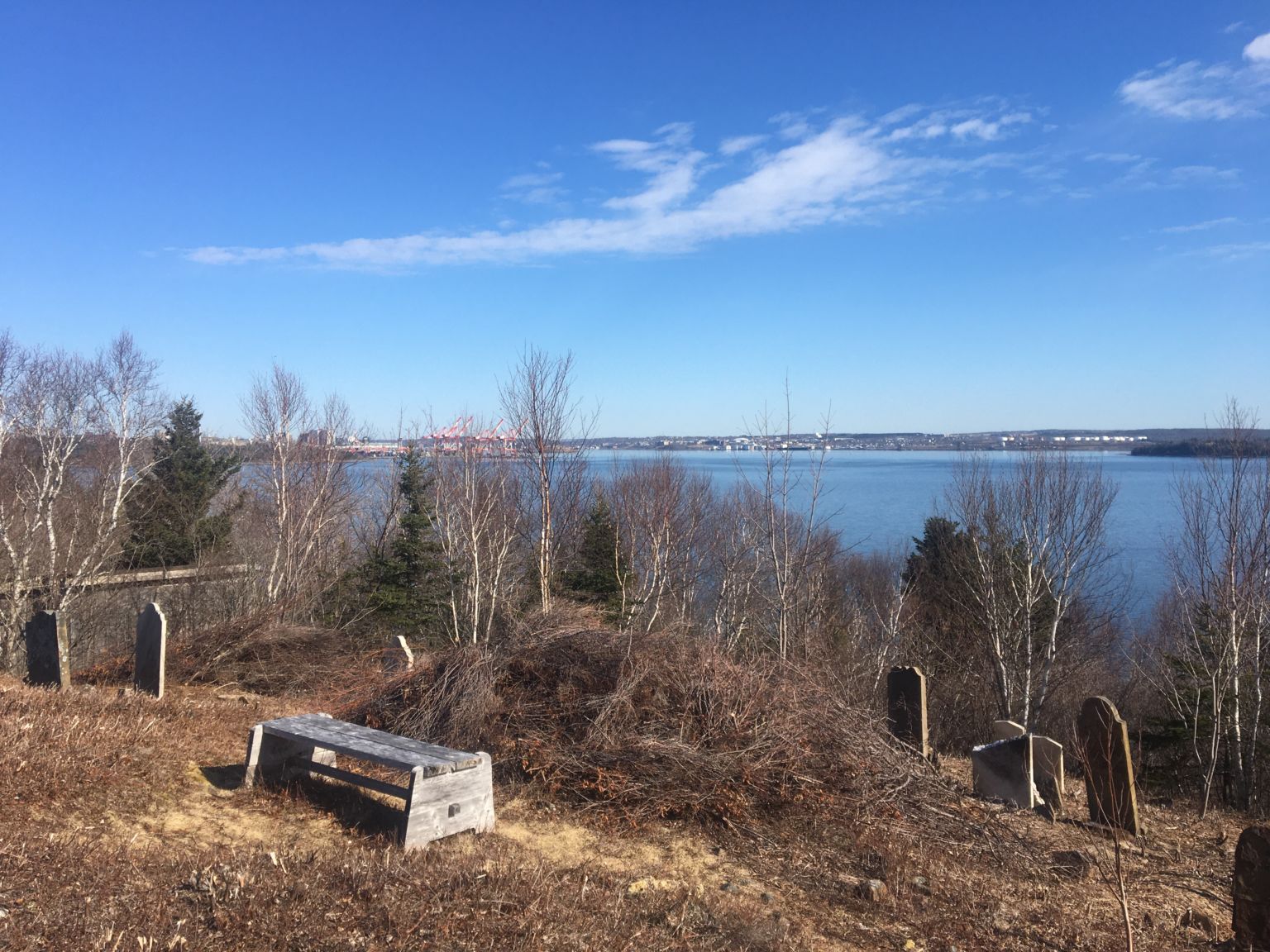 I’ve been listening to a podcast about megalithic structures (think Stonehenge) and with that in mind, the little fieldstone markers took on special dignity and significance. 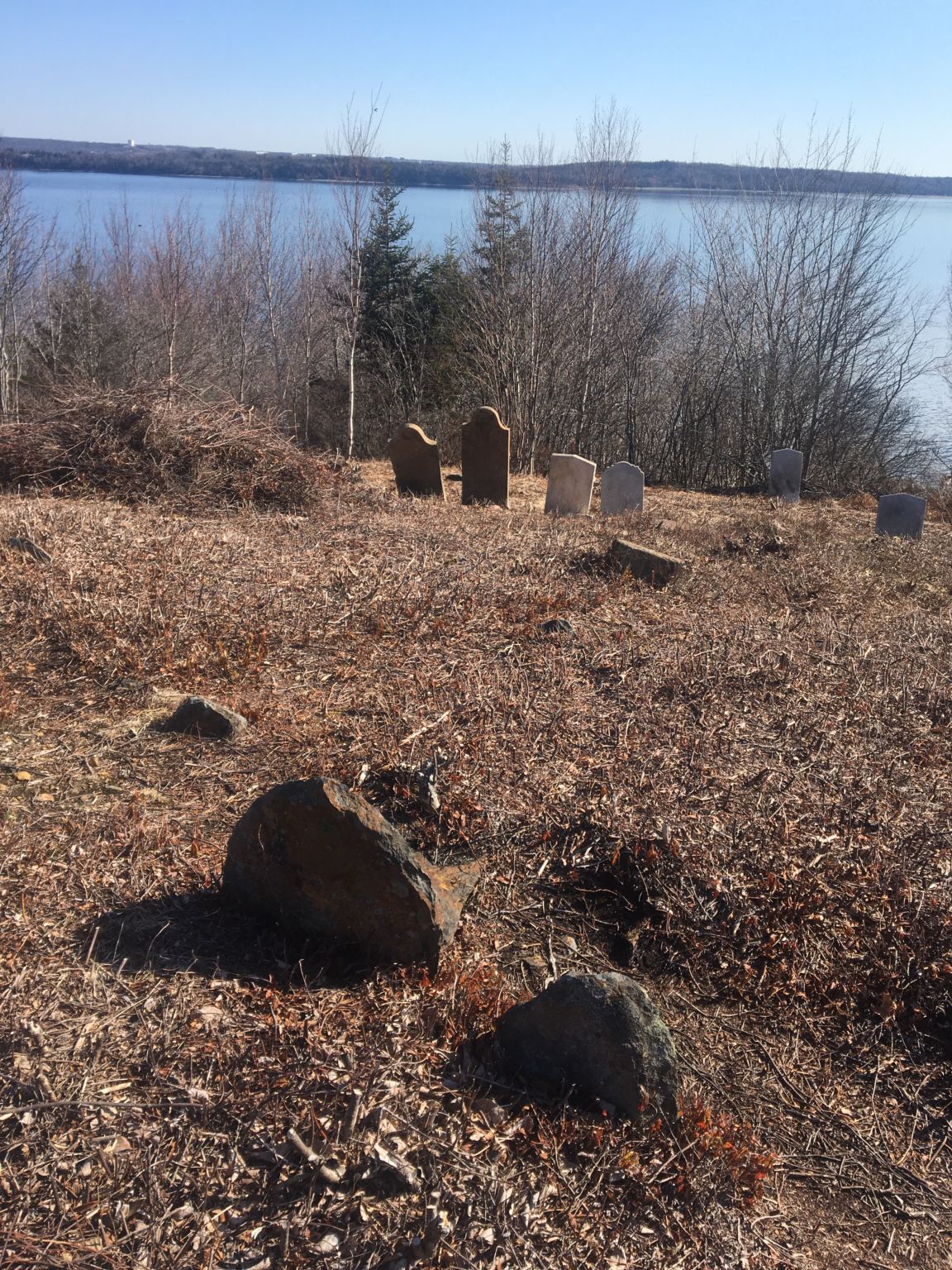 On the other hand, it could bring to mind David St. Hubbins’ quote from Spinal Tap:

Such a contrast between the fieldstones and the few sandstone markers (from the 1830s and ’40s) with their precise designs. 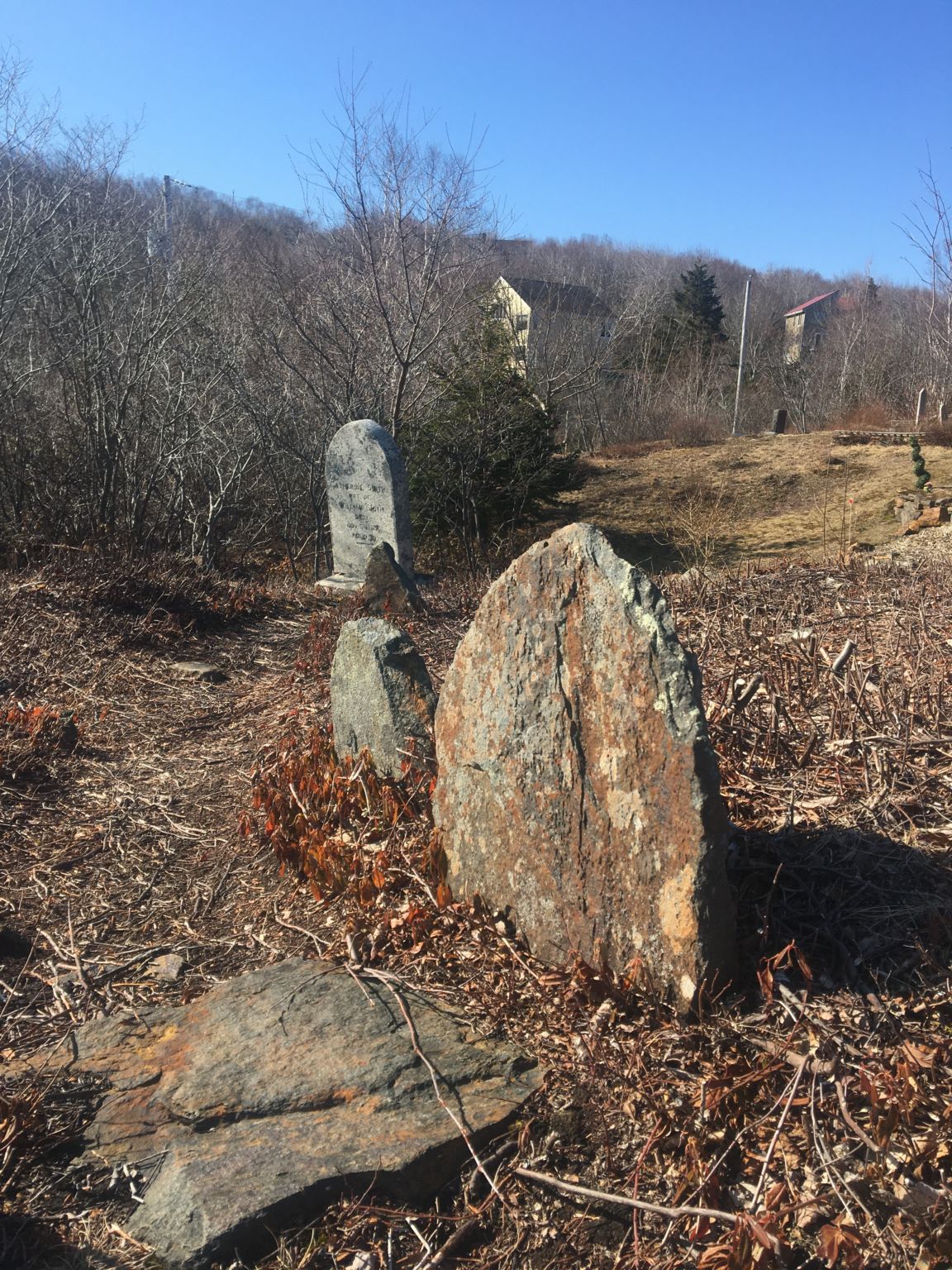 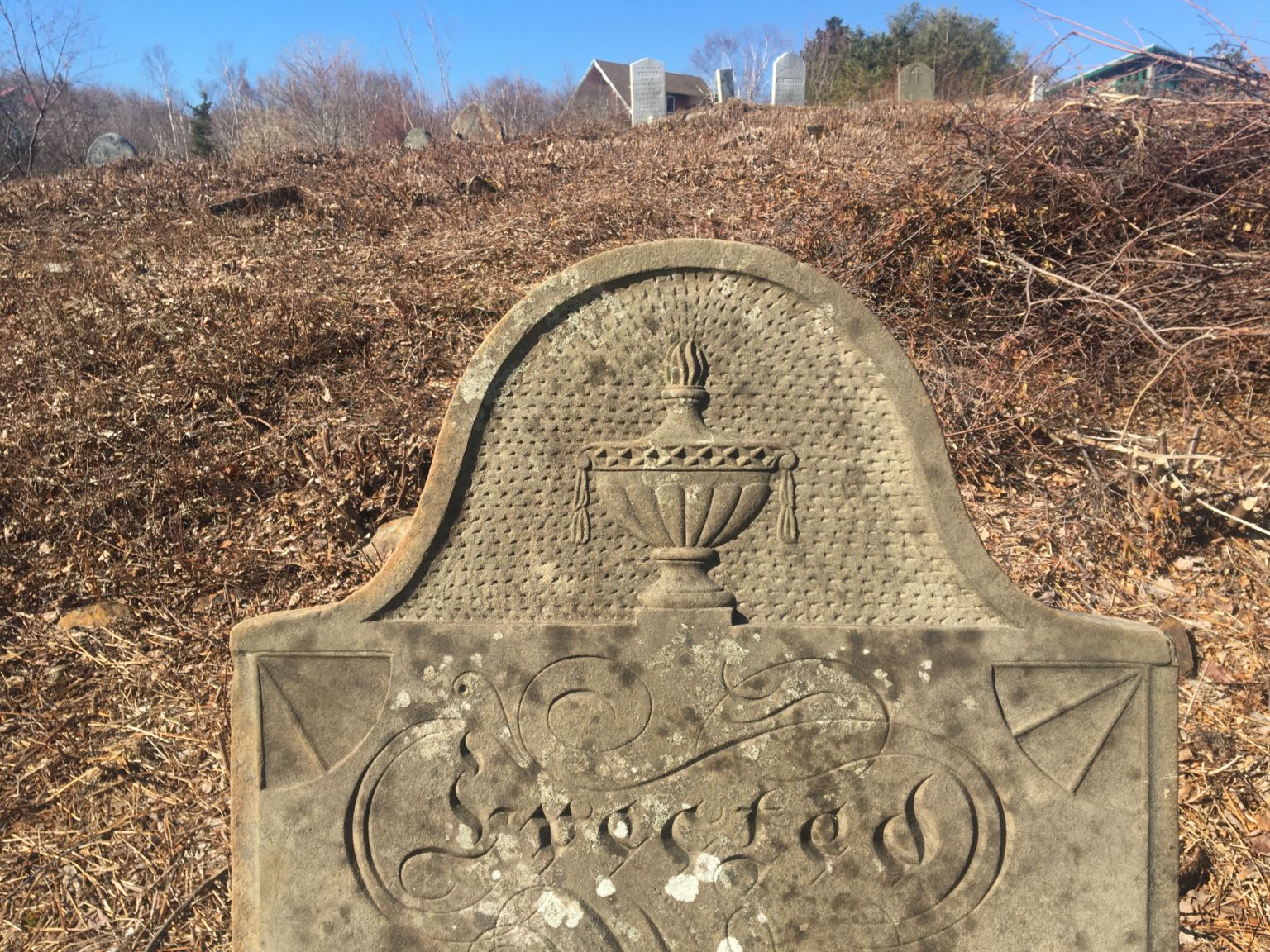 I particularly enjoy the backs of this style of gravestone. The stone carver was just trying to achieve a flattish surface without too much effort, and in the process created an orderly, and abstract, pattern. A variety of hammers and points create the distinctive tool marks. Looks like different people did the left and the right sides. Apprentices? 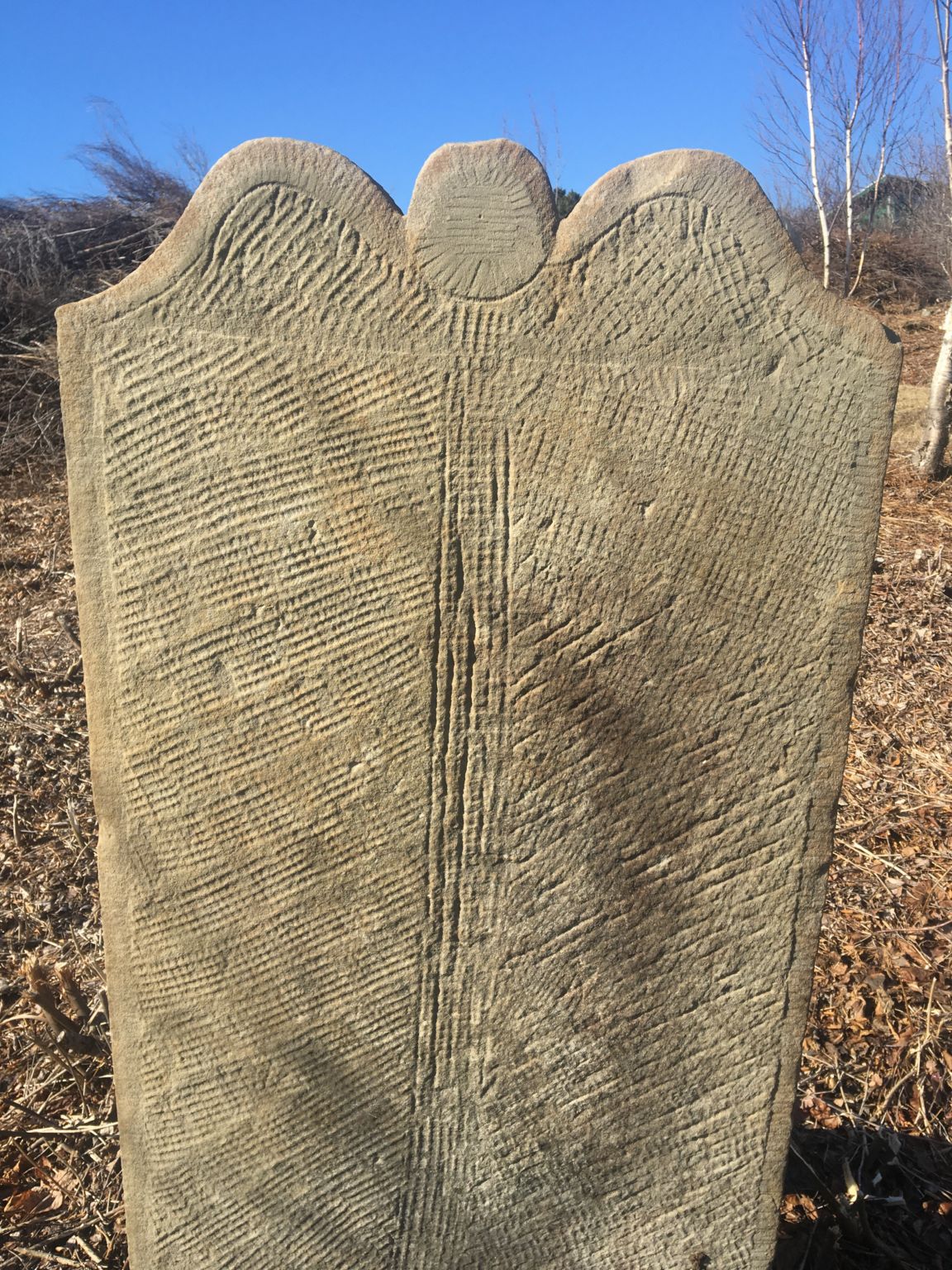 So expressive. You can sense the energy in the hammer and tools. 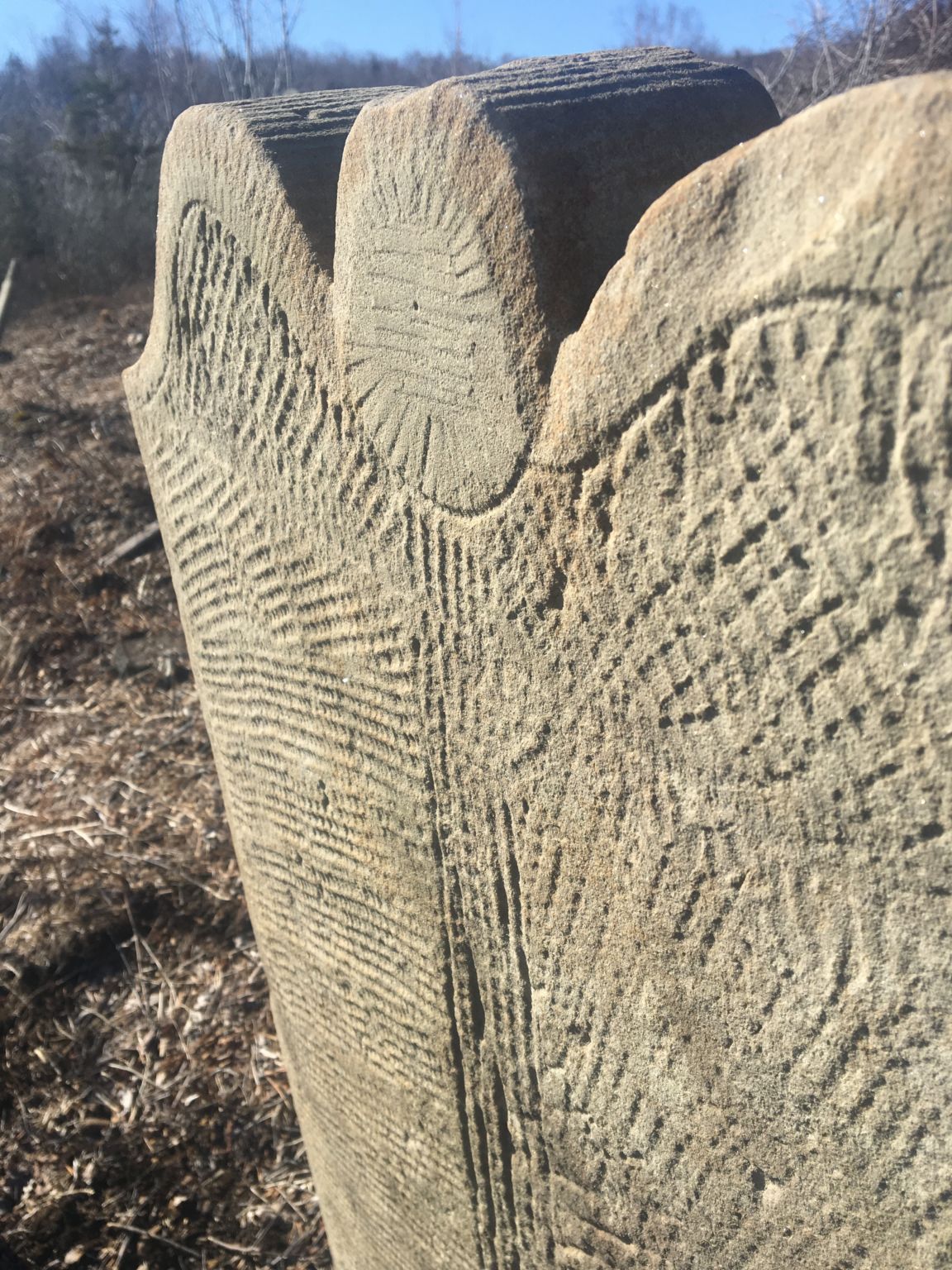 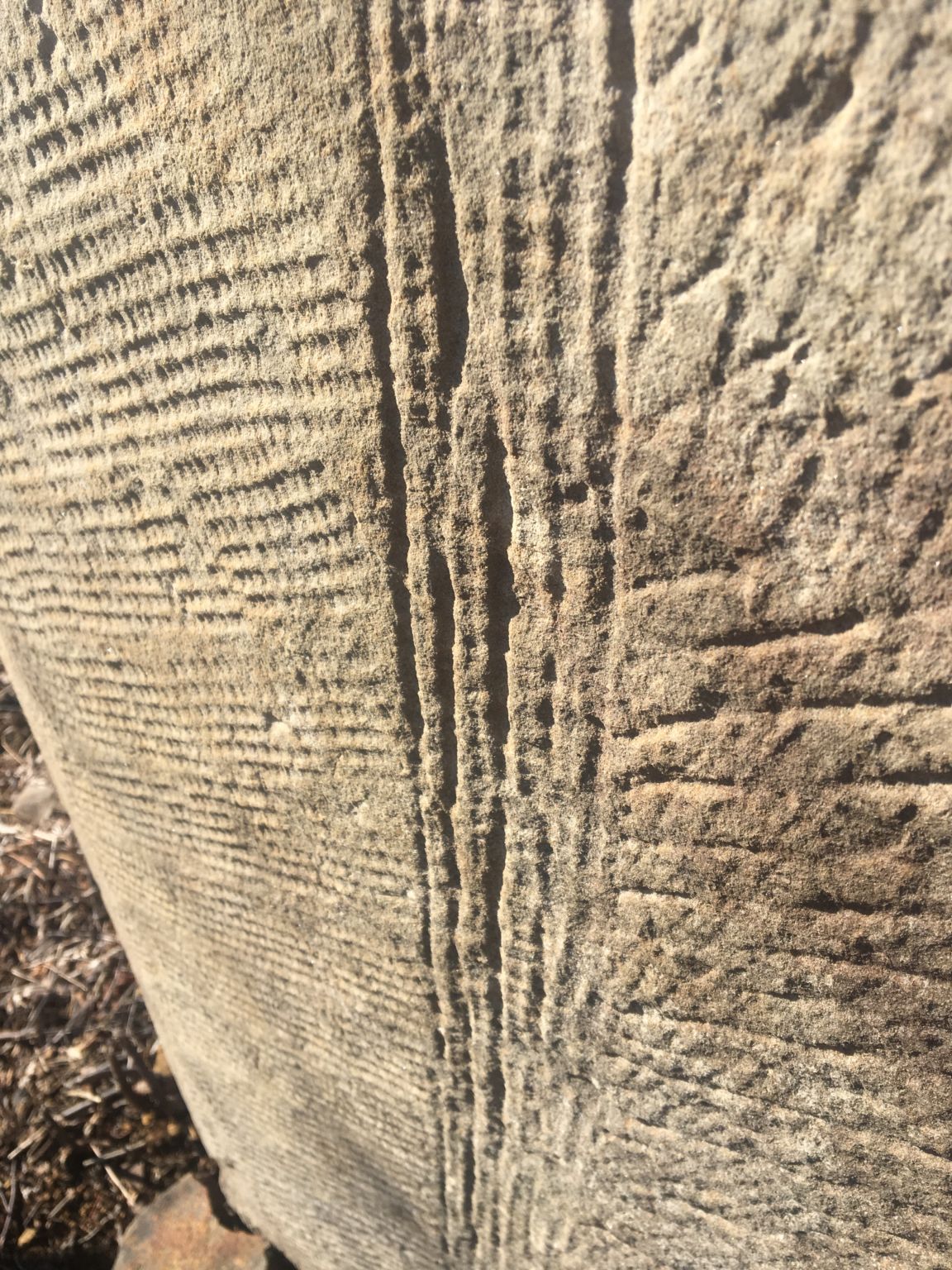 Back across the road to our house. 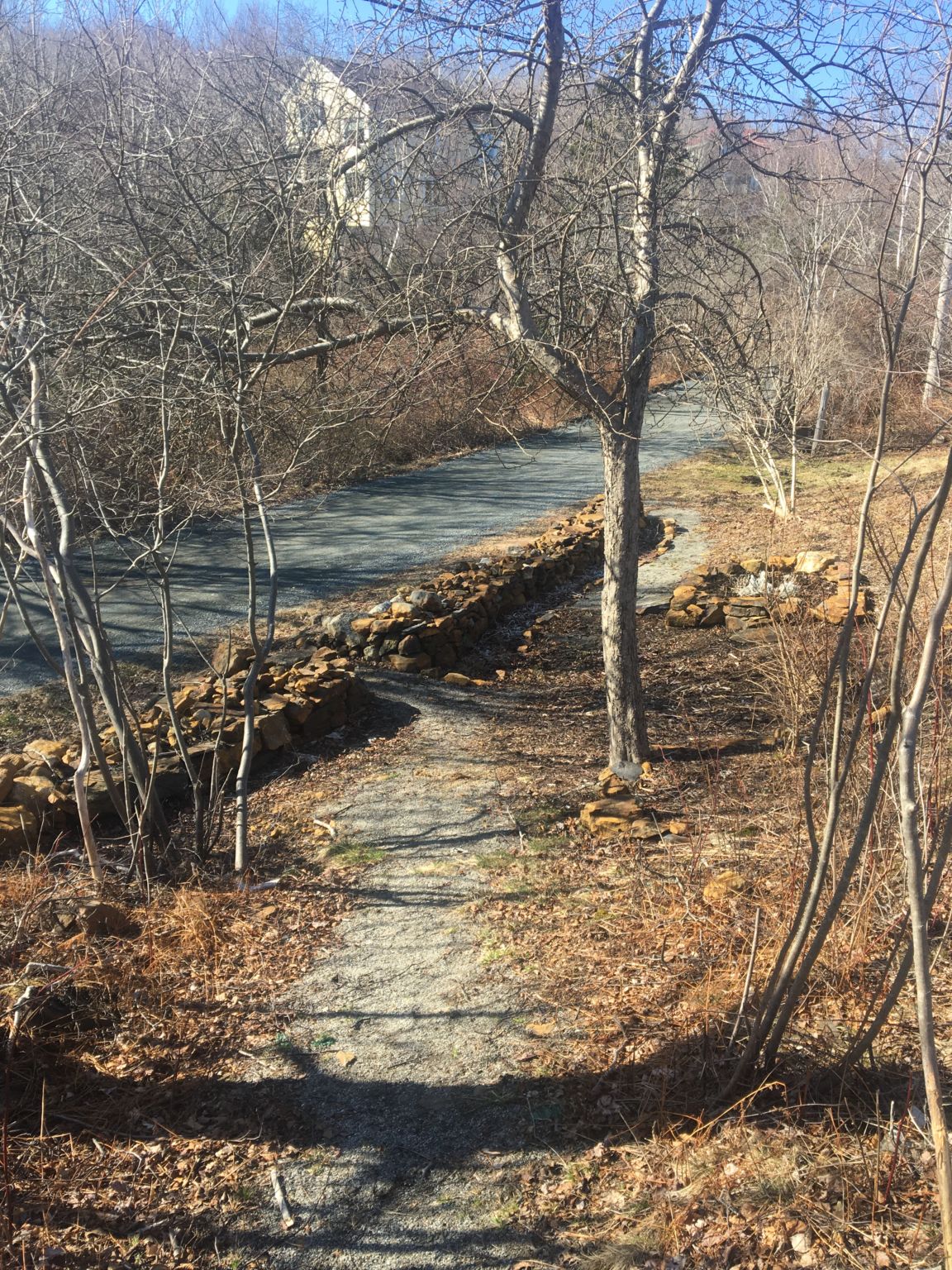 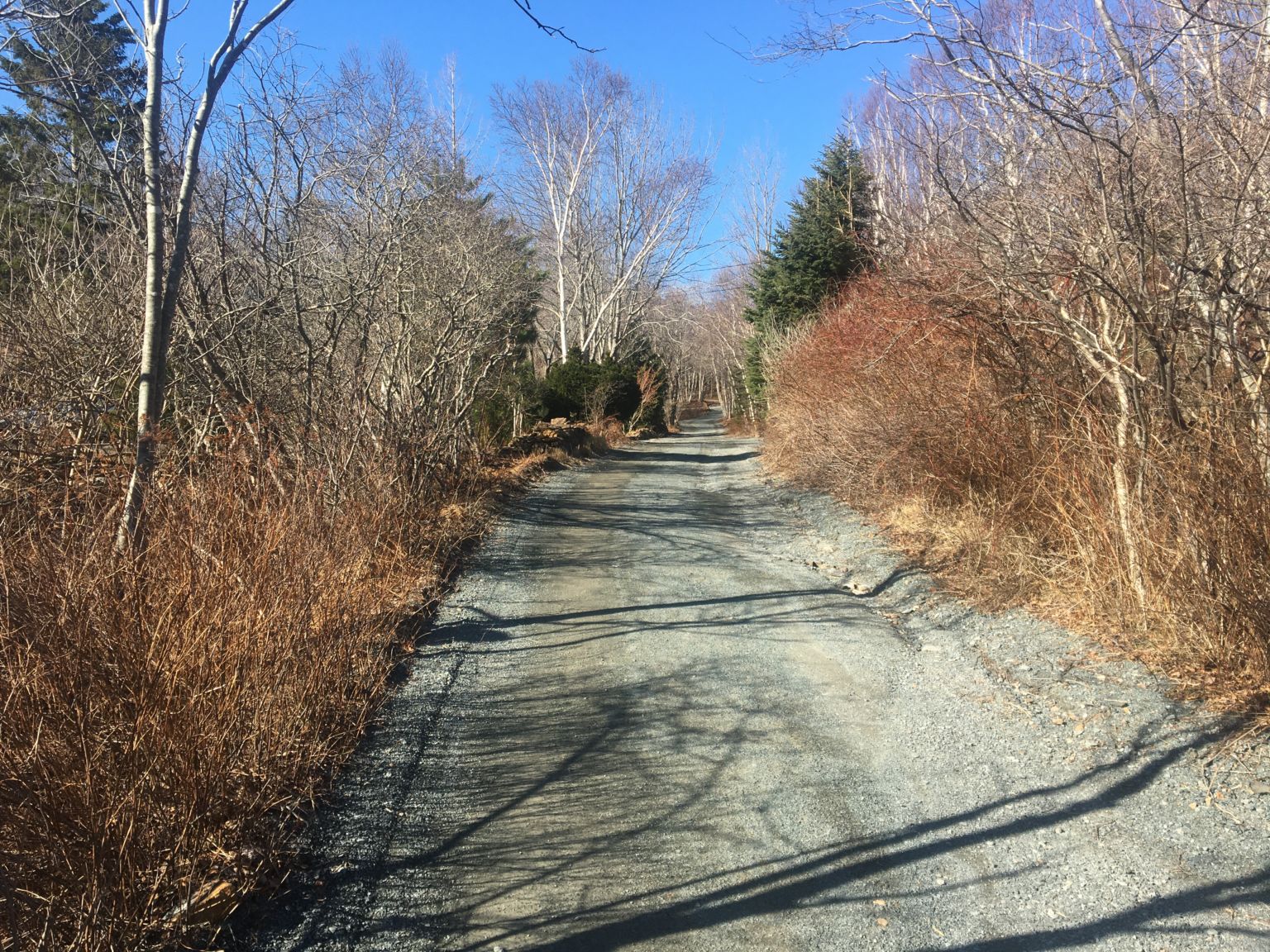 When there is not much blooming, every flower gets special attention. The witch hazel has been out for a couple of months and is almost over. 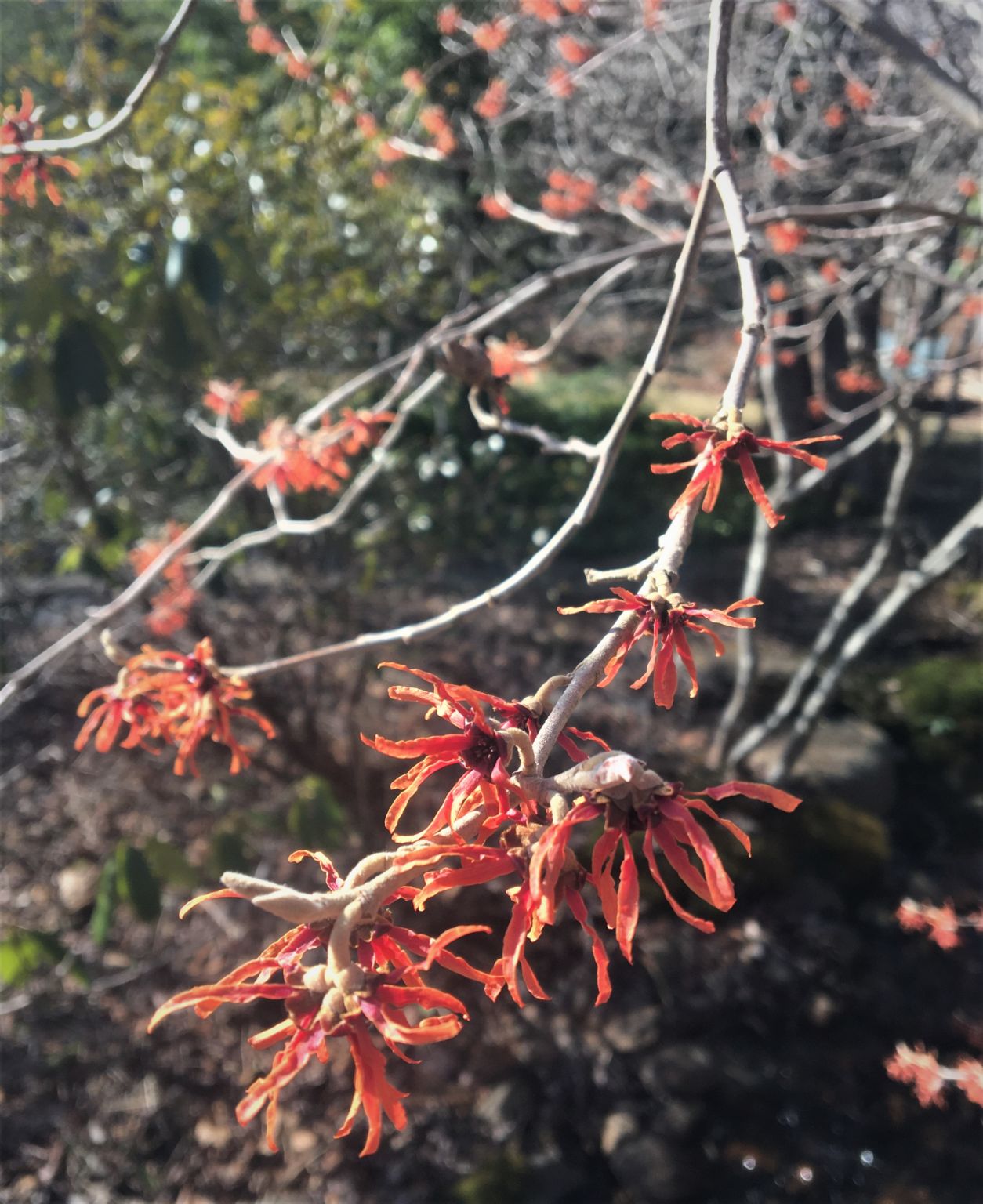 You see pictures from Britain of vast swaths of snowdrops, but we cherish the small handfuls we have been able to nurture. 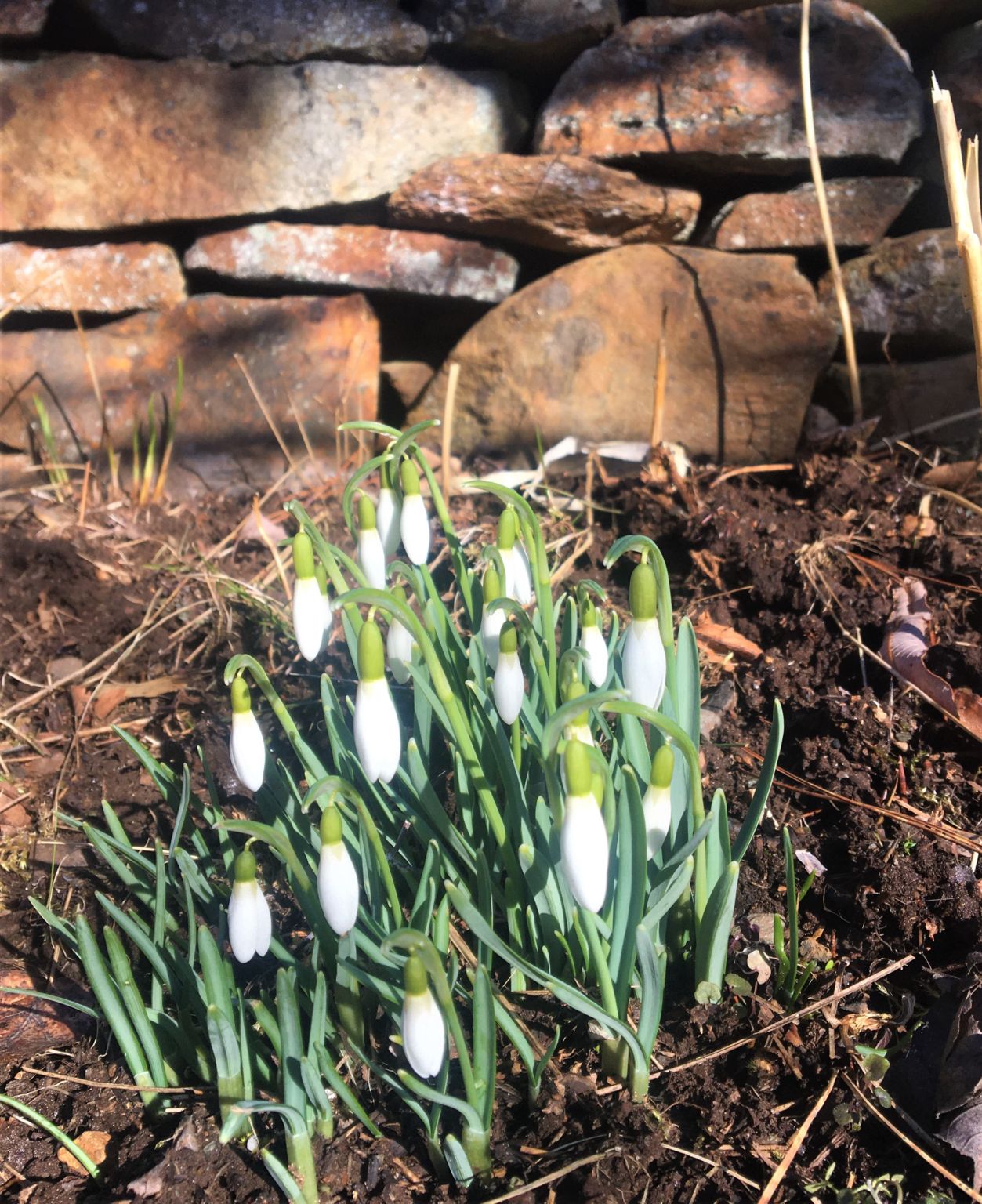 There are many snowdrop varieties and many very dedicated (bonkers?) collectors. 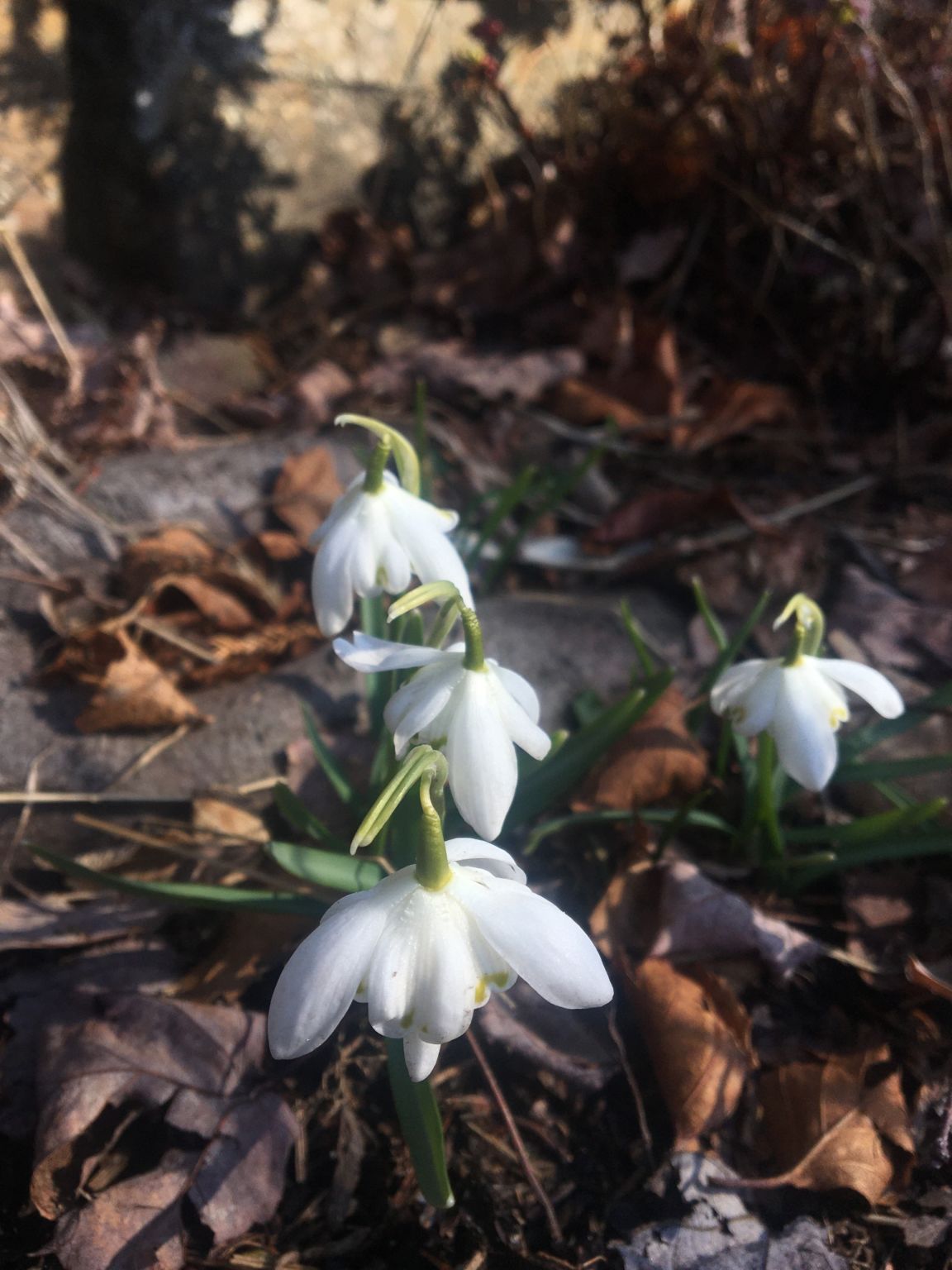 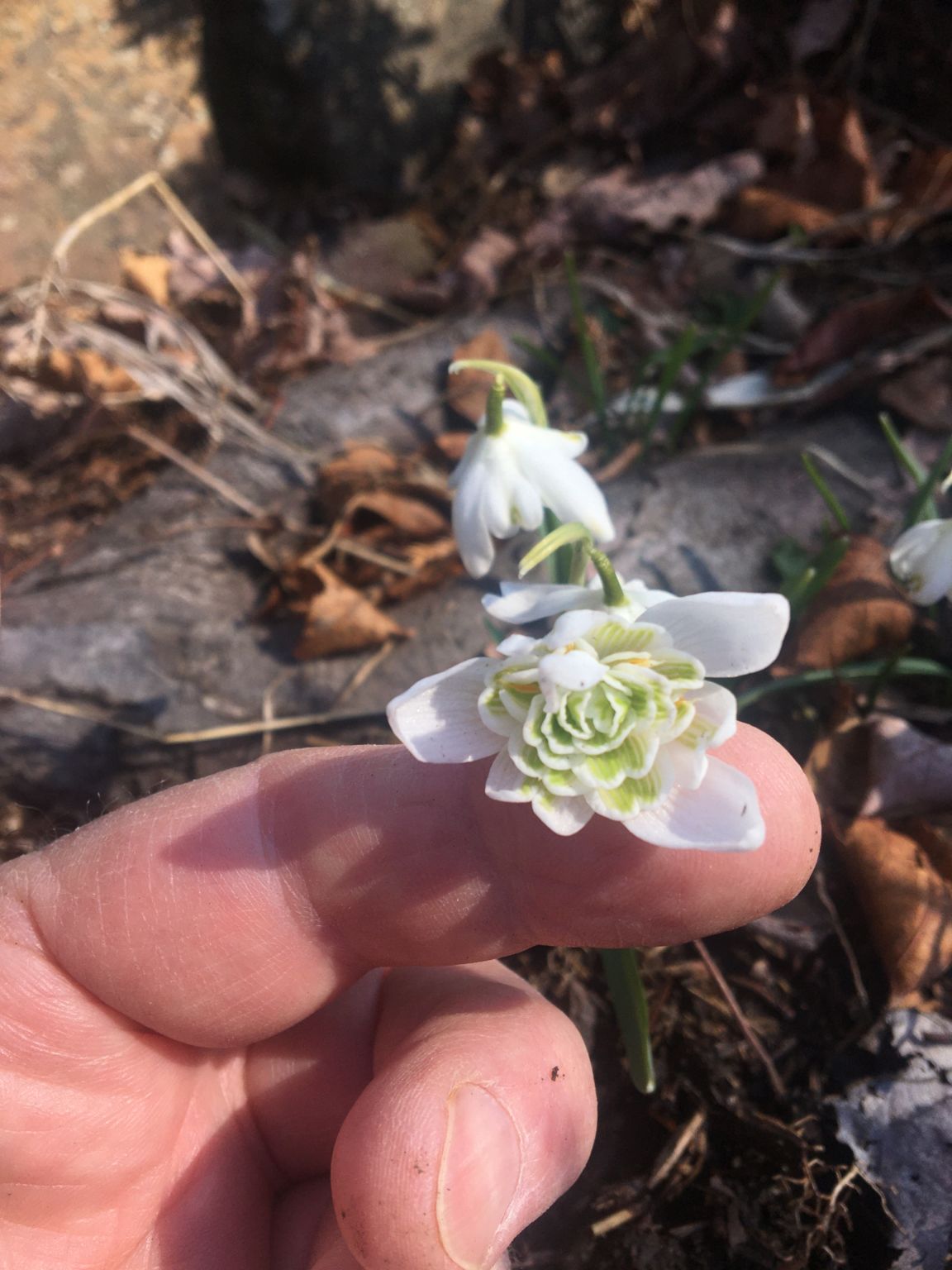 Rhubarb emergent. A little bit like lava in Iceland. 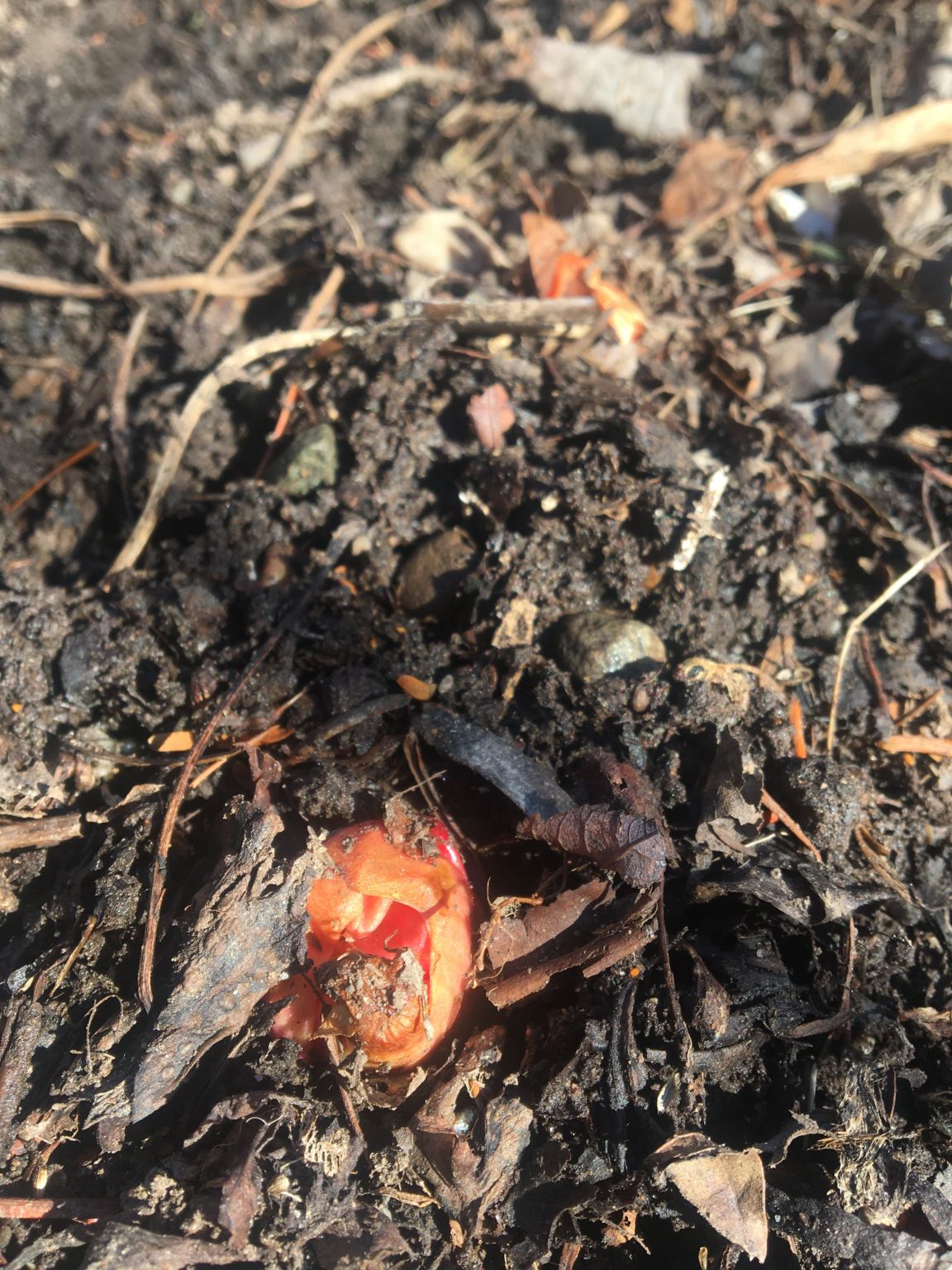 So what do you think? I’ve enjoyed this little ramble, we’ll see where it leads us. 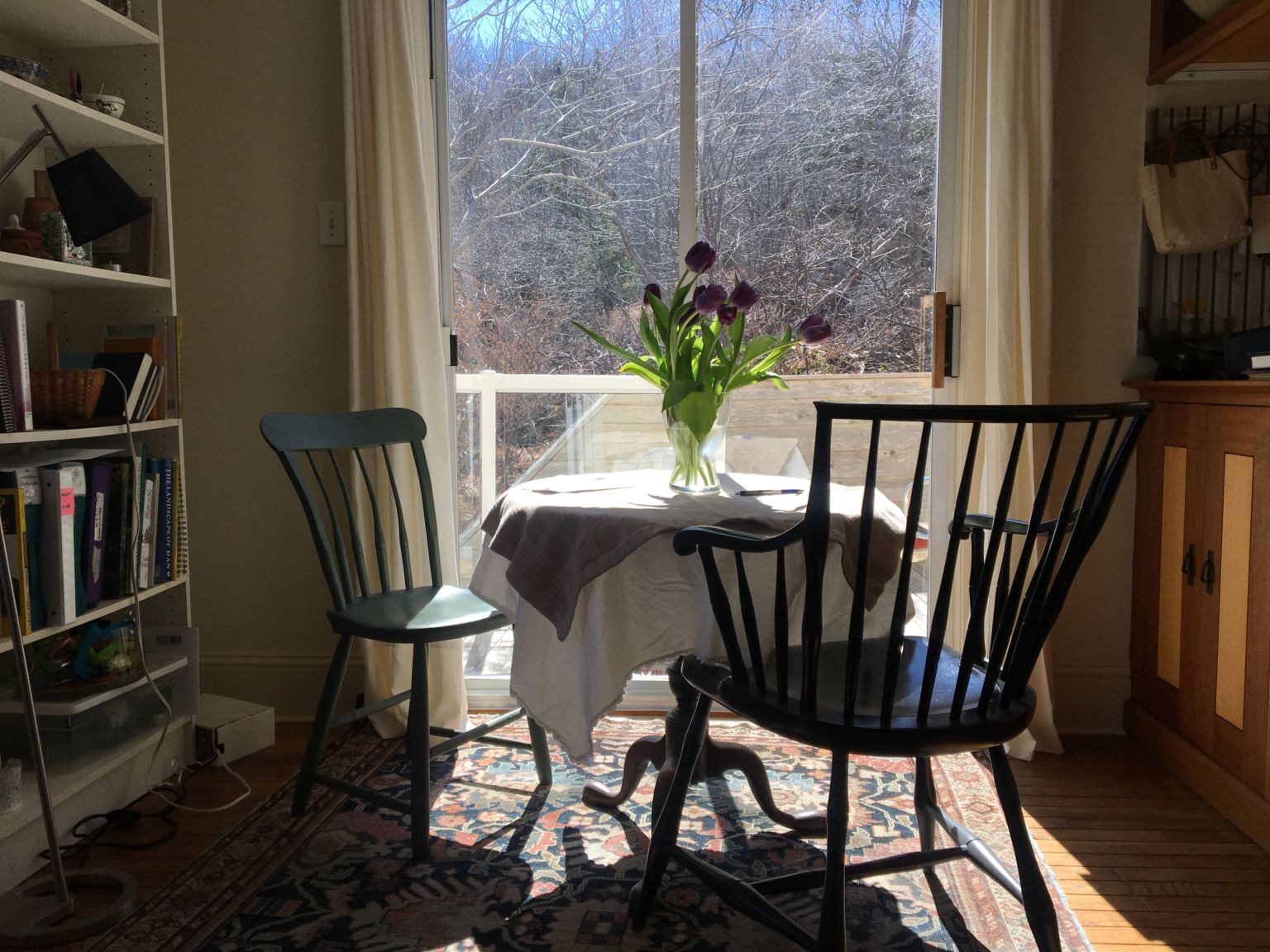 Remember, branches of many shrubs and trees will bloom or leaf out if you bring them inside and just put them in water. Fun to watch. Better than paint drying. Try some of your neighbour’s forsythia. It could use some pruning anyway. 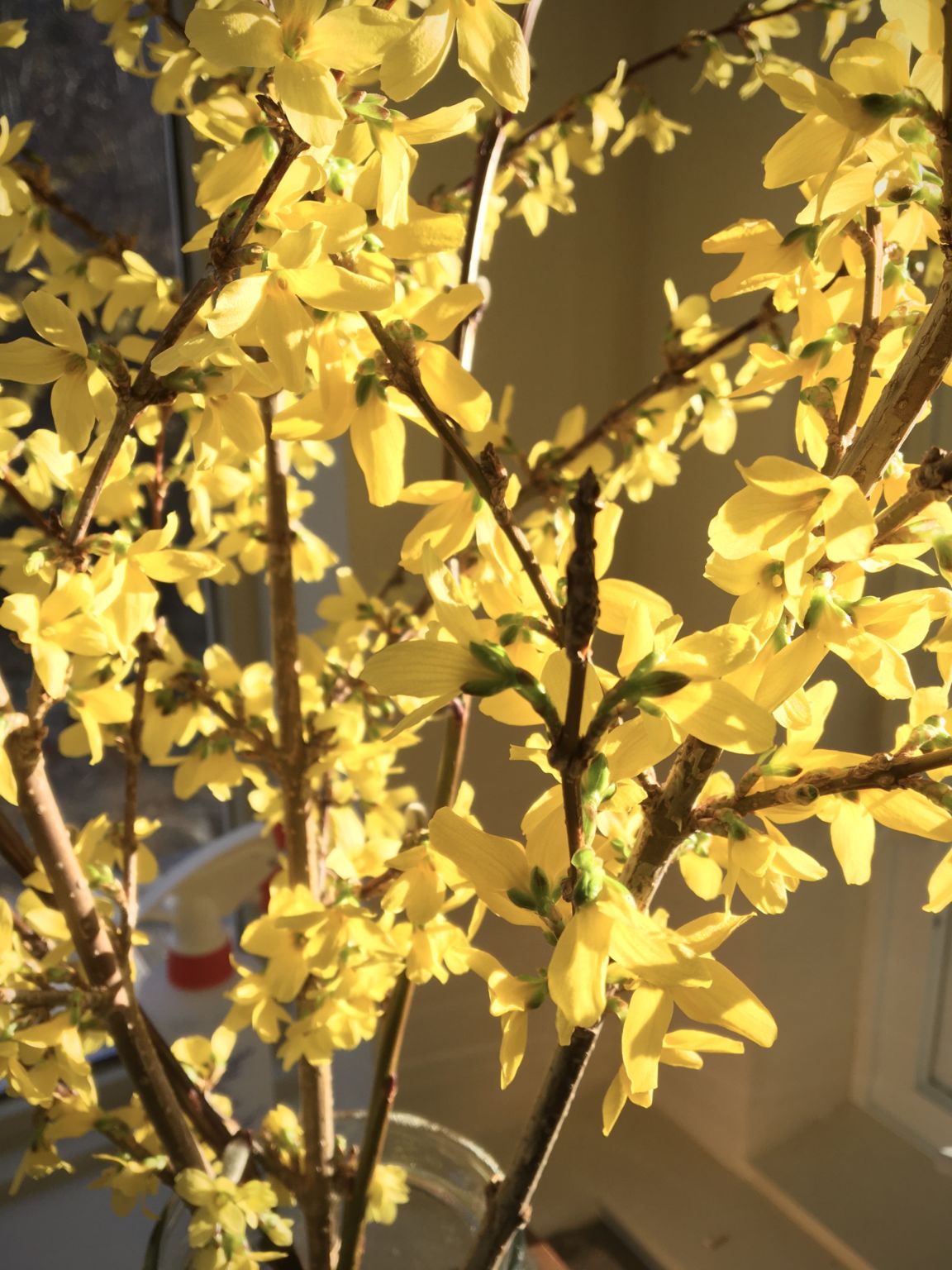