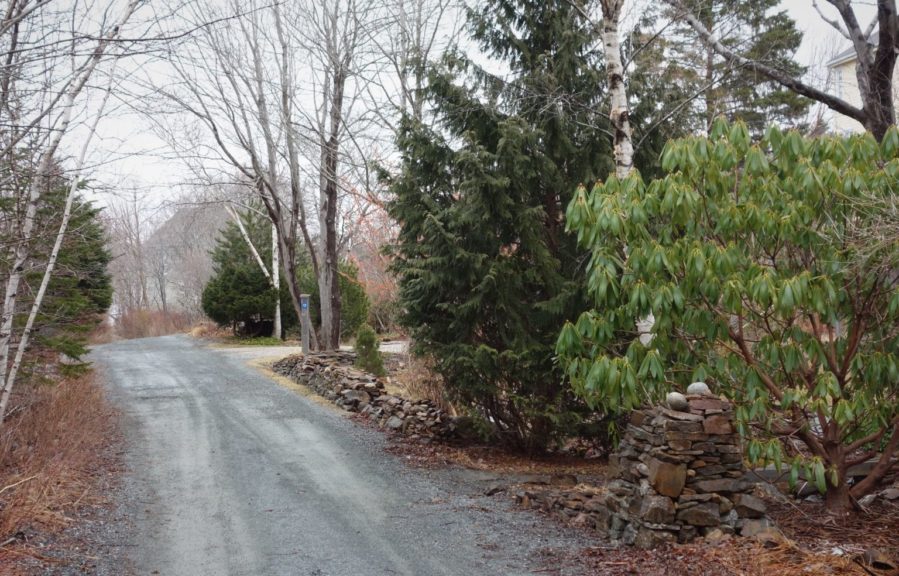 Tangible proof of the outside world appears in our driveway every morning. The newspaper is delivered by someone I’ve never seen, at a time I do not know (5:00 am?). I put on gloves for the retrieval, treating the bundle like a low level biohazard. 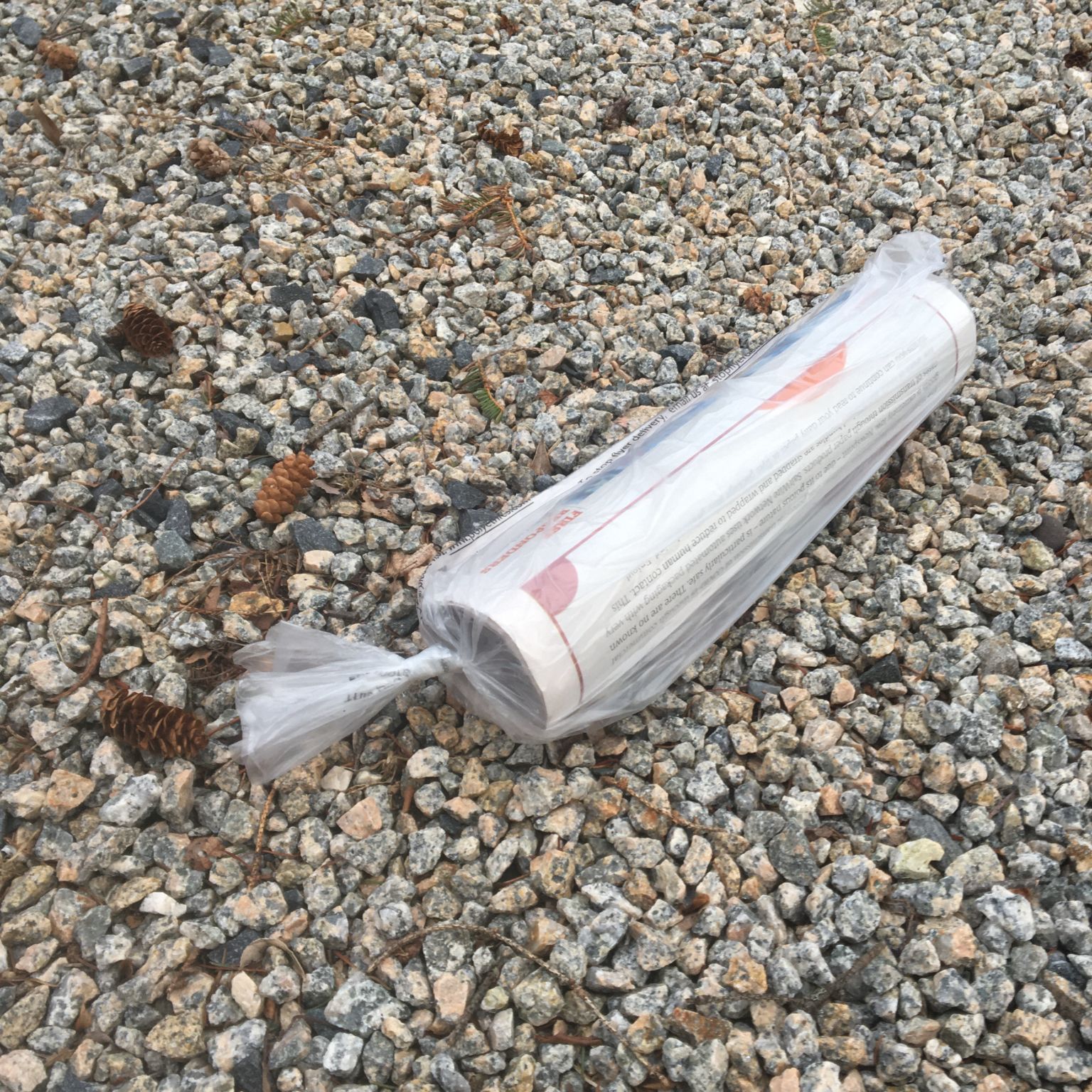 Looking back to sun of Sunday, we were pleased to use our clothesline again after a winter hiatus. The fragrance of air-dried clothes is so delightful. Have never found a satisfactory explanation of that smell. 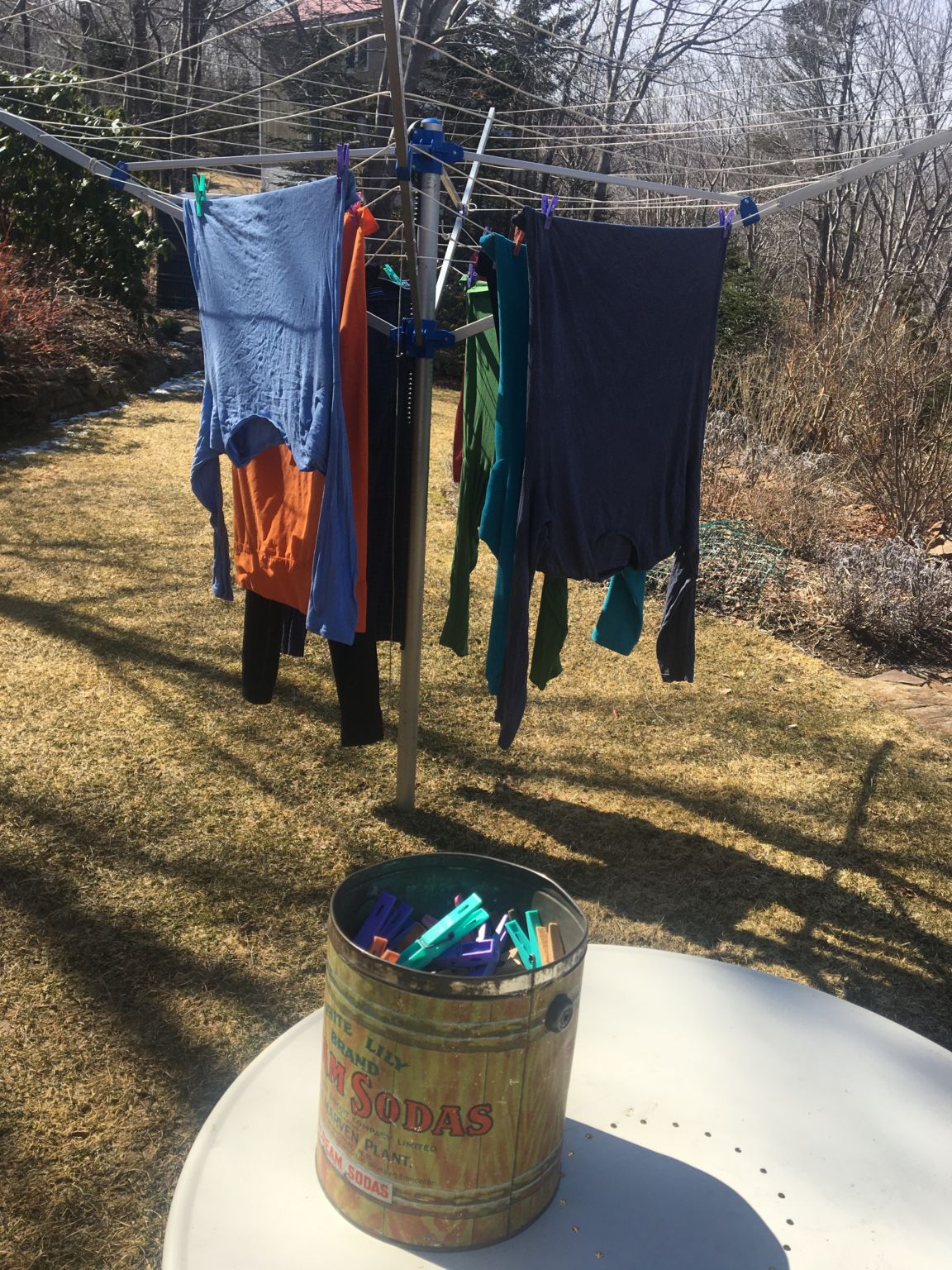 Lists of plants with “winter interest” always include dogwoods. This variety, called midwinter fire, lives up to its name. 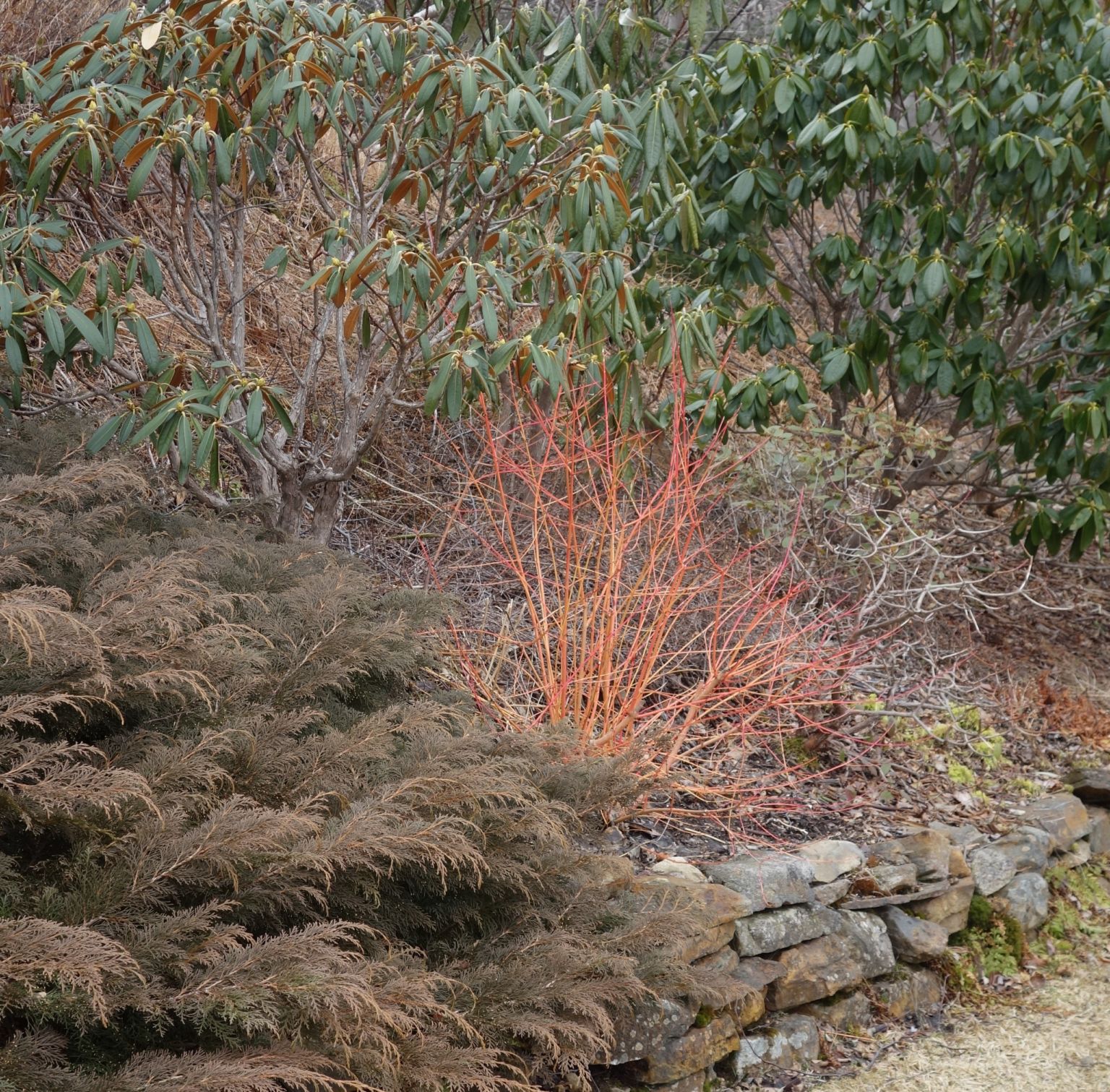 Sheila likes to point out that much of our garden was once a red maple swamp. A remnant of that time is a big red maple we see from our kitchen window. At this moment it puts on quite a show, as dots of red (buds) appear in the haze of grey twigs. Damp weather plumps up lichens growing on the tree, for extra hits of colour. 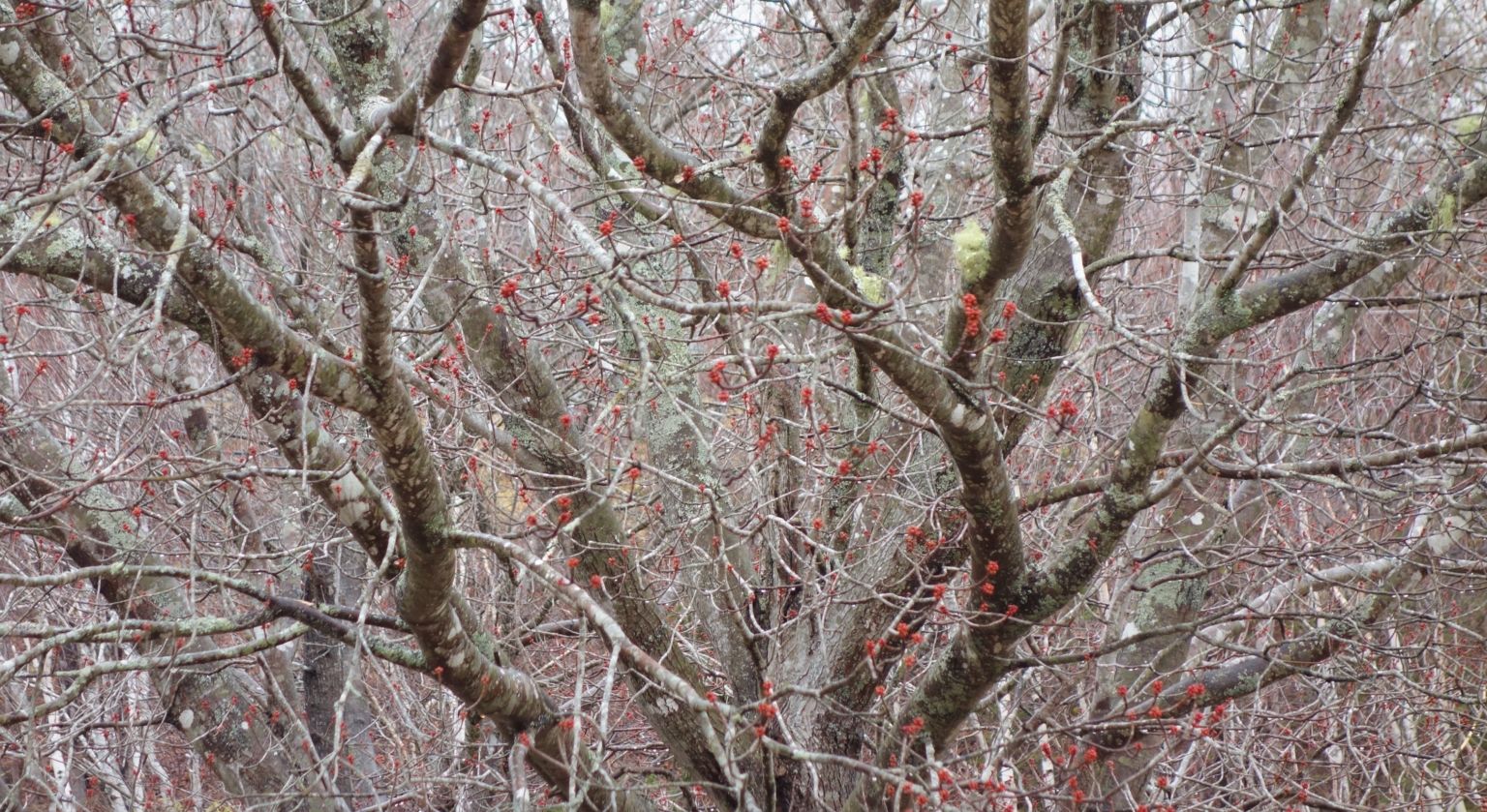 Viburnum x bodnantense ‘Dawn‘ is often anxious to bloom long before conditions are perfect. But soon the time will be right; expect intense fragrance, similar to our native Mayflower.

Like us, many people are fond of tulips even after they have slipped into decline. Sheila brings home a new bunch every week, but often there are still bouquets from the previous couple of weeks hanging about. Photographed this bunch on the front veranda, a pause on the journey to the compost pile. 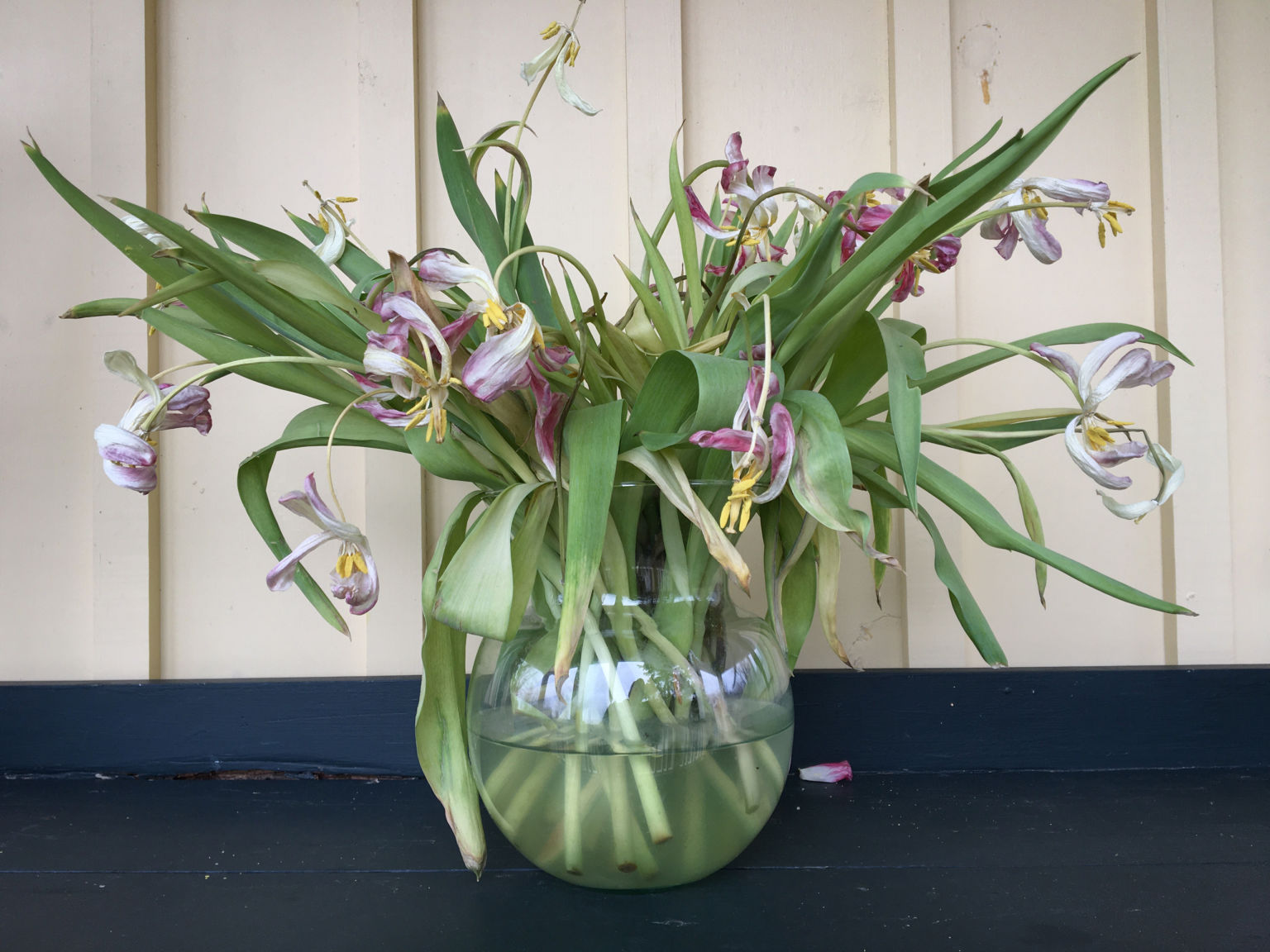 Bird nests are another thing that sticks around. Realized there was quite a collection of nests (mostly robins’) out in the garage. Such exquisite little nurseries. The 1880s bird plate was a good, if temporary, friend. 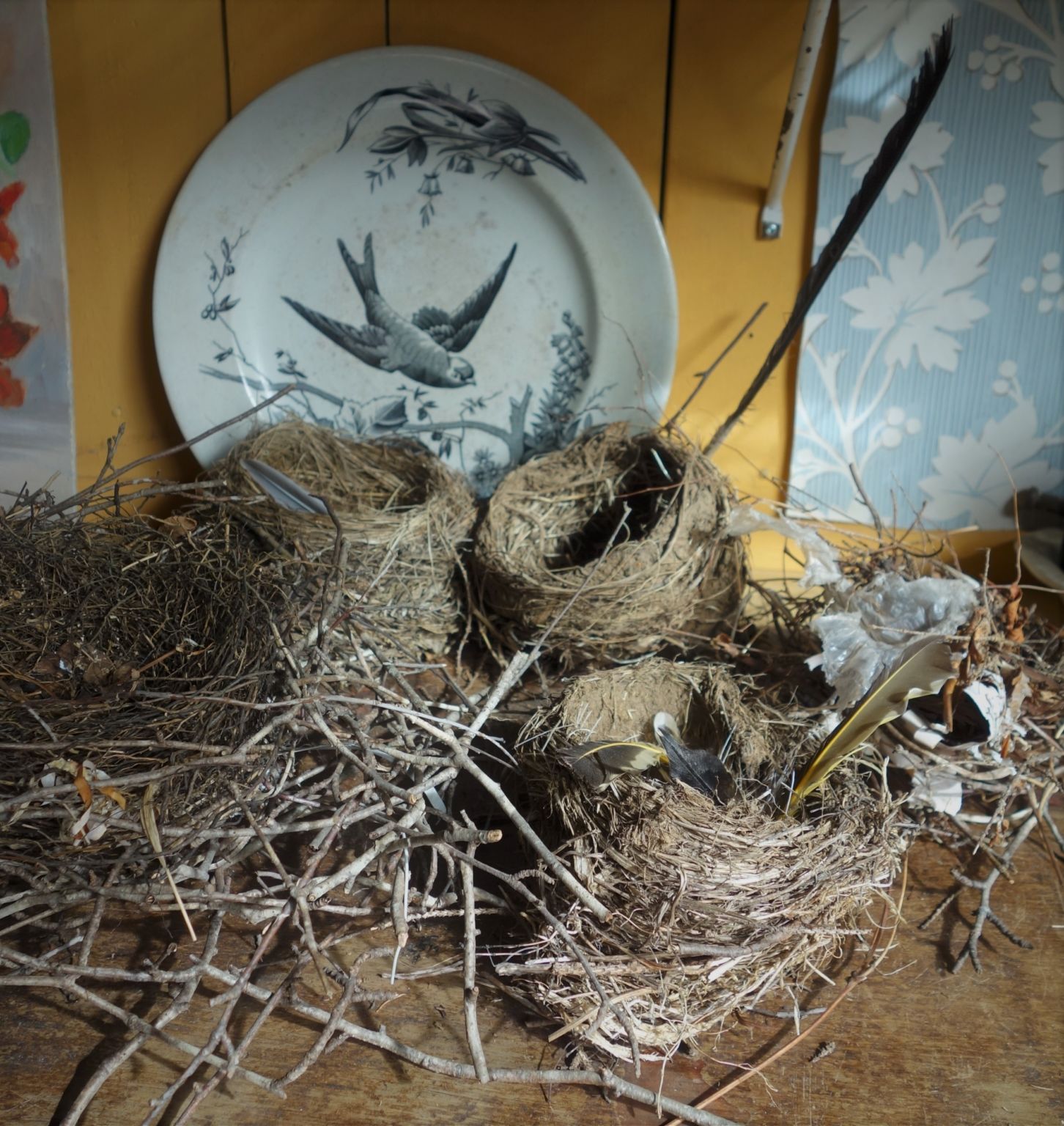 In the 1970s and ’80s we accumulated examples of vintage packaging. They are attractive and can often be put to good use.

The clothespin can has also been tucked away all winter. It’s tin, lithographed to look like a miniature cracker barrel, c1920 I guess. Cracker barrels are another thing I don’t understand. 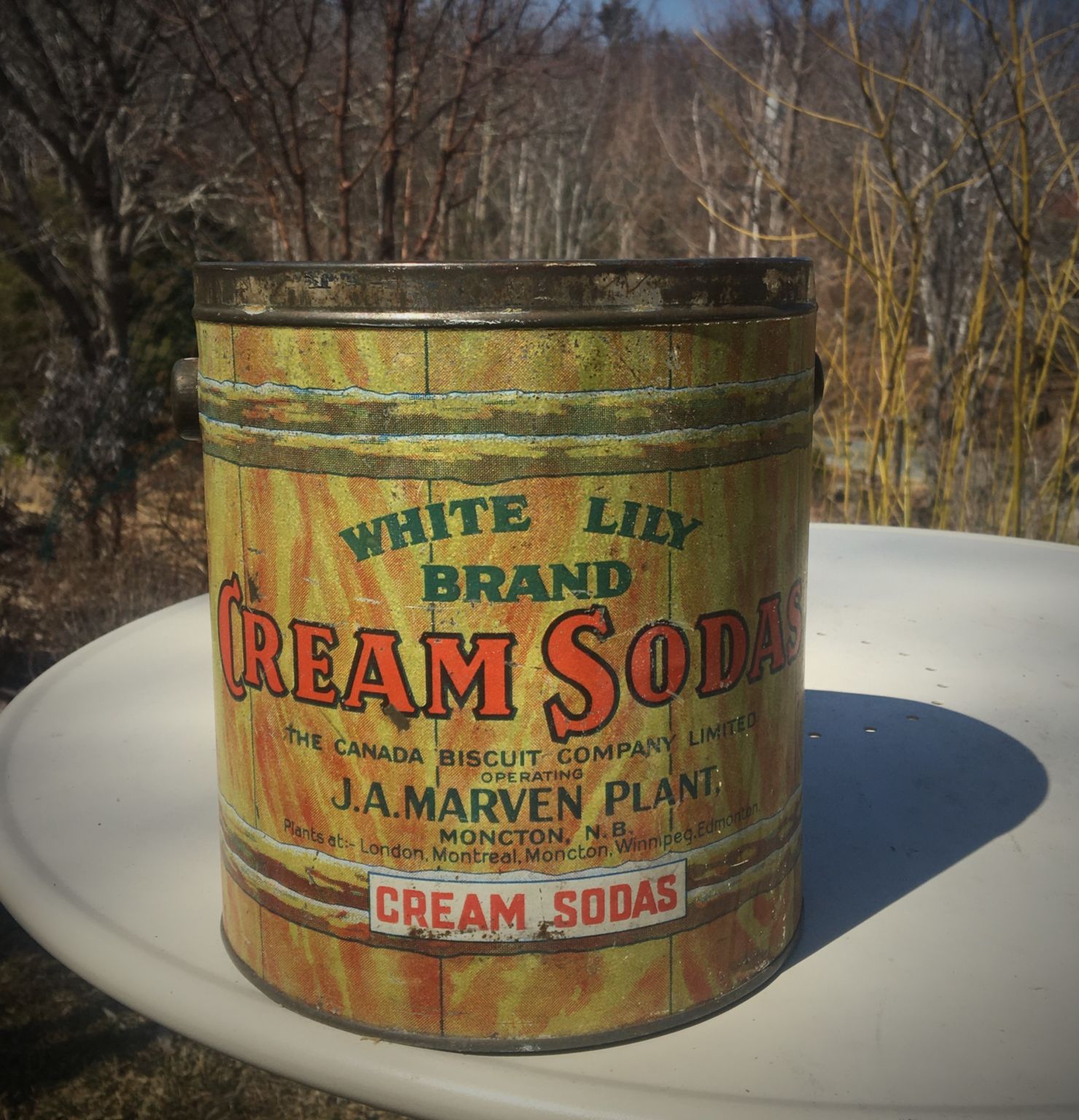 The sudden baking mania reminded me of a small shipping box for yeast, that has been tucked away. Time to bring it out. It is about the size of a bread box. 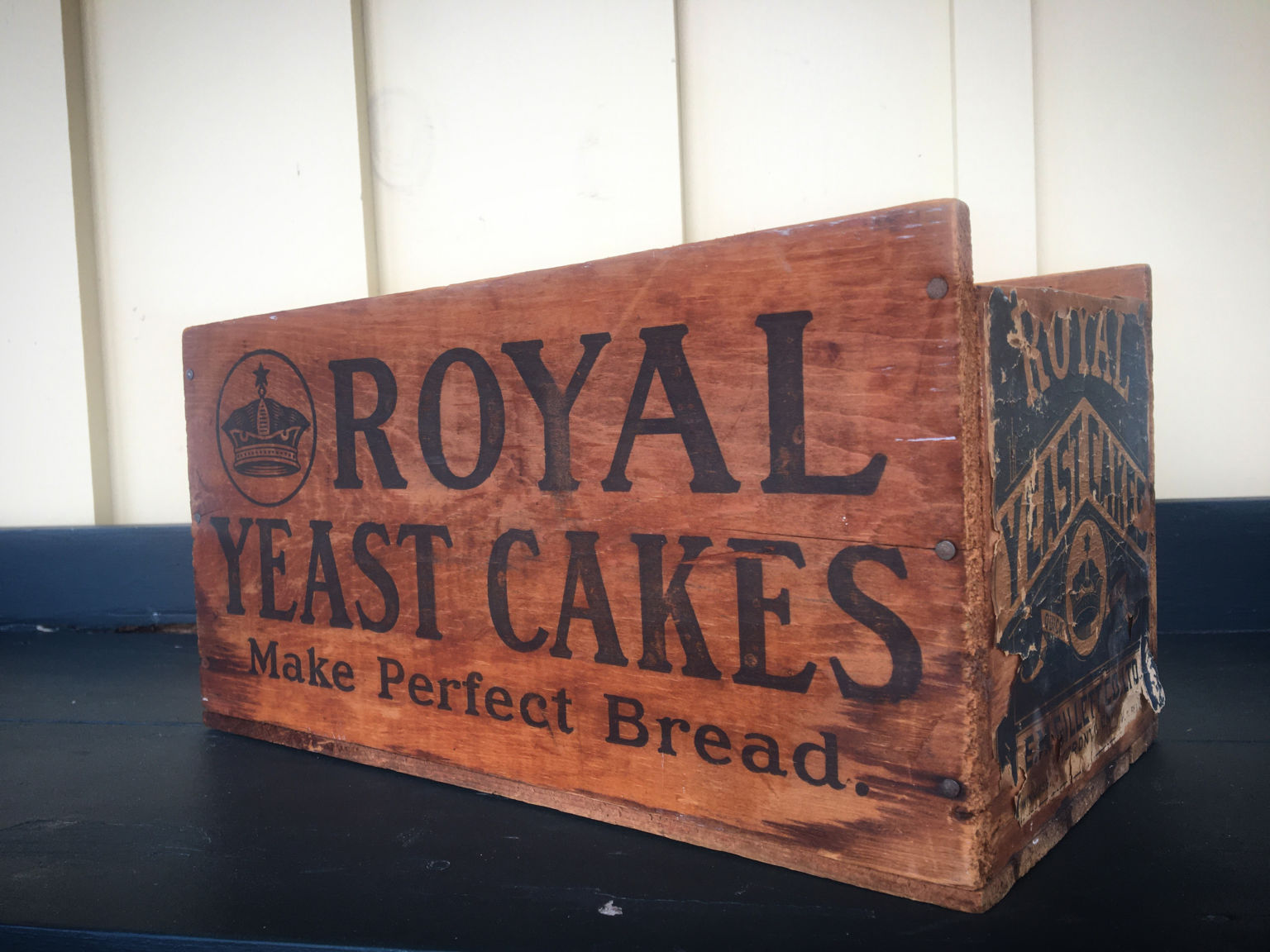 In this baking frenzy, many people are embracing sourdough as a leavening agent for their bread. Once we had some sourdough starter for about a week. Got rid of it because I didn’t want the responsibility of caring for something alive in the refrigerator.