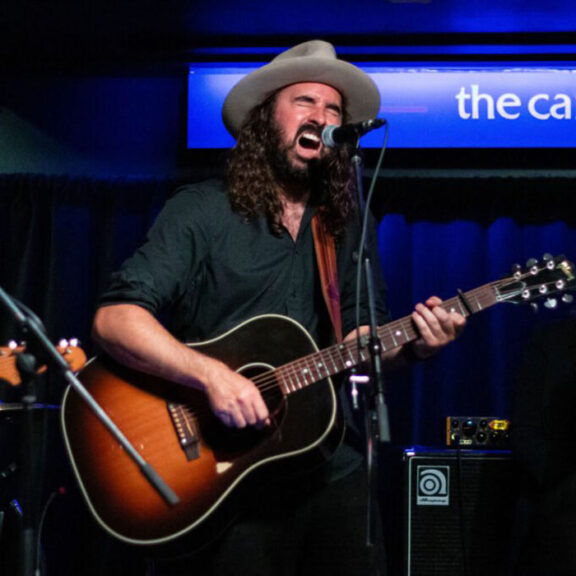 As a whole HAFILAX has been on an unintended hiatus; we popped up here and there to throw a pic up on the ‘gram, or we retweeted a concert announcement (or cancellation) here or there on our socials, but that has been about it. We appreciate those of you that are still out there, and we’re going to try and do better. 2021 was something of a period of existential crisis, which kicked off in April, whirred quietly in the background for the better part of the year, and reared its ugly head in November when I found myself on the hunt for a new daytime gig, gotta love a good ol’ restructuring. I dusted myself off and found a solid landing spot and things have sorted themselves out professionally, so it’s time to re-invest myself into sharing some tunes I’ve been listening to: some new, some old, some undiscovered. I certainly hope you’ll come along for the ride.

To kick things off again, here are a handful of tunes I really dug in 2021, and some are still getting steady airplay today.

For a band that emerged during the indie-folk explosion during the late aughts, The Lumineers managed to shake off any notion of them being little more than a flash in the pan, and have been consistently putting out solid, complete albums. Their latest album is entitled Brightside, and since its release the title track has been in steady rotation. The vocal delivery, the way in which lead Wesley Schultz turns a phrase such as “…every word was like smoke from a cigarette…” and “You were tired of Tacoma. I was tired of believing we were right” just land perfectly on the ear. I fell in love with this track from the first time I heard it, and it still hasn’t lost its luster. In my opinion, the entire album lives up to the promise of the title track.

This is the song with an interesting yet unappetizing title, but one of the more interesting acts I came across in 2021. Initially, I wasn’t sure if the persona of Boy Golden was a schtick, some sort of tongue in cheek performance piece, but after watching an interview or two, it’s clear that the sheer earnestness of Liam Duncan’s alter-ego is anything-but. There is a light, refreshing zeal about his music, which is fun, easy-going and uplifting. Upon first listen, I just really dug the song itself, and then after tracking it down, realized its connection to the neon orange mac ‘n’ cheese product. With a deeper dive, I also learned that Boy Golden’s album was produced here in Halifax by our very own Joel Plaskett. Just flip this tune on and try to resist the Ooooooo’s, which are as sweet as any sticky bud that Boy Golden’s Church of Better Daze has fired up. This track is what I imagine a warm, late summer afternoon road trip sounds like.

“Year to be Young (1994)” is proof that TikTok is capable of good, as it turned me on to Stephen Wilson Jr. and his love letter to those days of “…hiding in your headphones and laying on the bedroom floor…”.  This song just spoke to my experience of growing up being a music fan(atic) and when “…life was a stereo, and it was everything…”.  I remember the first time I heard this track, and my jaw dropped while my ears swooned. The song itself may be 3 years old, but it might as well have been a Delorean the way it took me right back to ’94.

There was a period of time in 2021 when we were able to reconvene in venues, and take in some live music. It was during this period that I got to see Andrew Waite and his band tear the house down at the Carleton Bar and Grill. I was a big fan of what I heard on his recordings, but seeing him and his band just having a blast on stage was undeniably infectious. The lead single from his self-titled album “Ain’t Goin’ Out Like That” is an absolute blast of pure sunshine, that will put a smile on your ears. I certainly hope I get a chance to see Andrew and his crew play again at some point in 2022, until then I will be blasting his two records.

In addition to Andrew Waite, there were two other acts who really blew me away in 2021:  Pillow Fite, and Keeper E. During that same stretch in 2021, I was lucky enough to catch her performing as part of a songwriter circle, and her brand of etheral ear-candy just blew me away. She dropped her debut album in 2021 as well, and it’s every bit as good as that Leaf in a River, but how could it not be, when one of the tracks is an apology to her spider plant. Can’t wait to hear more from Keeper E. in the future.