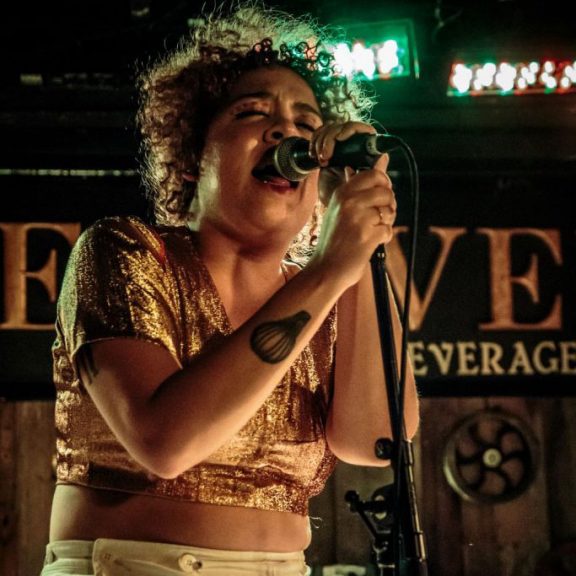 Let’s just consider this to be an eponymous (self-titled) release of the Monday Mixdown.  As things are starting to gradually open back up, it seems that this dreaded virus seems willing to keep picking up the pace to stay one step ahead of our progress, but in an effort to tune it out, let us wrap ourselves in some new tunes to try and keep it at bay.

As the day broke, it brought along with it a new single from Jasmyn Burke entitled “Find the Light”.  It is a catchy bop of a number that bears all of the hallmarks of Jasmyn’s former band Weaves.  If you dug that brand of infectious alt-pop, you will feel right at home here.  This is a fantastic tune that whets the appetite for a full solo album from Jasmyn.

I’m not sure what to make of the return of Avril: on one hand, she has signed on with Travis Barker’s label, but if you’re looking for depth of songwriting, you might be left lacking here. It might be a fun track to crank the volume and to sing along with, but that’s about it, as it’s as fleeting as wet cotton candy.

“Smokin’ Out the Window” – Silk Sonic

Peanut Butter & Chocolate, Mick & Keith, and Elton & Bernie are some legendary pairings, and the latest in that growing list is the pairing of Anderson & Bruno.  Both have had critical and commercial success as solo artists, but their unison as Silk Sonic might see the duo reaching even greater heights.  Each and every single Silk Sonic has released has been nothing short of pure ear candy. They’ve taken that classic ’60s and ’70’s funk and soul sound and updated it with a modern R&B twist, and thrown in a healthy dose of humour to boot.  If you were ever in doubt of the talent of these musicians, then check out Silk Sonic, as it is one of the most exciting pairings to happen in recent years.

Lately, one of the songs that I can’t seem to get enough of is one of the latest tracks from Colorado’s The Lumineers.  This is the lead single from that band’s forthcoming album bearing the same name.  Initially, the band bore some similarities with fellow indie rockers Mumford and Sons, thanks in large parts to “Ho Hey” and “Stubborn Love”, but with each subsequent release the band reveals their depth and range of songwriting.  Like with much of the band’s previous album III, there exists a duality between the songs themselves and their cinematic accompaniments; they can stand on their own as these catchy numbers, but the videos then illuminate the dark tales that inspired these tunes. With each passing track, my admiration and enjoyment of The Lumineers grows ever stronger.  Can’t wait to hear what the band has planned for Brightside, which drops in January.

There are plenty of bands out there who seem to be content with trying to keep this serious, unflinching facade of making meaningful, important art, but seemingly forget about having fun along the way.  Luckily, we have talented acts out there such as Sam Coffey and the Iron Lungs, who are making infectious, raucous rock n’ roll with a distinct glam flair. “Lately” features skateboarding vampires who are out having the time of their lives, before racing home before daylight.  If you enjoy fun, energetic rock n’ roll, Sam Coffey and the Iron Lungs is the band for you.