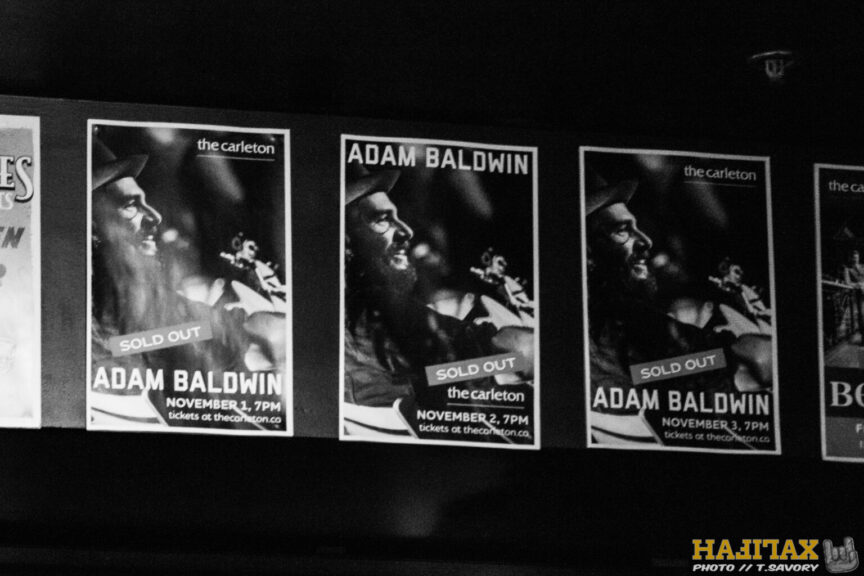 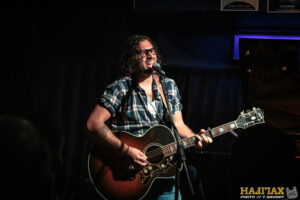 For the past two years, when we were asked to forgo our natures as social beings and to remain sequestered at home, it was a trying experience for many. Fortunately, in that darkness, there was a constant light that offered many a respite after a long week, and that light was the Cross-Country Chin Up which beamed directly into our homes via the wide wondrous web. At the center of it all was Atlantic Canada’s own Adam Baldwin, doing his best to buoy his own spirits by helping to lift ours. For many a Friday evening, we would listen to this talented singer-songwriter tell his tales and serenade us for a couple of hours. There was no charge for these weekly sessions, and now that restrictions have loosened, we can properly reconvene in our local venues, so when Adam Baldwin announced a singer-songwriter evening at the Carleton (an initial show grew into three sold-out nights), it was promptly circled on the calendar.

After all the tickets and vaccine passports were checked, folks made their way inside and passed the elephant in the room: that elephant being the grand piano that Adam had moved on stage for his homestand. It only made sense, that for a fella that cut his teeth on this very stage playing more than his fair share of other people’s songs, he made the most of the occasion. For those of us who tuned in for his Chin Up Sessions, or have caught Adam’s performances at the Barrington Steakhouse, know that he is a talented pianist. The evening kicked off with Baldwin seated at this grand piano and tickling the ivories with the Loony Tunes theme, and from there we were off and running. 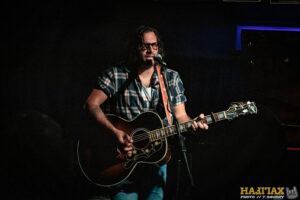 For the next two hours, we got to hear many of the stories that were the fodder for Baldwin’s self-titled EP, which included the story behind “Burning Man” of Adam’s initial encounter with the Sam Roberts Band crew, and his first impression of their bassist who was amid his own romantic crisis at the time. It left such an impression that Adam was implored to head back home, put pen to paper and synthesize that experience onto cassette. A cassette that was shared with Matt Mays, and eventually with the Sam Roberts guys, and while it made for some awkward encounters in the subsequent years, it produced one hell of a tune (which serves as a fantastic closer to that eponymous EP).

It was a night that was equal parts storytelling and performing material that encapsulated all 3 of Baldwin’s recordings (the LP and both EPs). At one point in the evening, it felt like Adam was laying the groundwork for a hiatus of sorts, as he explained that he is fortunate to find himself quite busy these days, but he’s finding that he’s running out of fresh material. But at the set on the opening date of this 3-night homestand, he did incorporate 3-4 newer tunes, including the always great “Gerald Burgess RaceTrac Full Serve Autobody”, “Lighthouse in Little Lorraine” (and its “majestic” lighthouse, and wilder backstory), and “Voice of the Eastern Passage”, his heartfelt ode to Wayne Harrett and 105.9 Seaside FM. These were nestled in alongside such Baldwin gems as “Dark Beside The Dawn”, “Half a Mind”, and the perennial closing number “Love You With My Eyes Closed”.

As self-deprecating as Adam can be, he is one hell of a storyteller/singer-songwriter. For the better part of two hours, he entertained a packed house at the Carleton, and not one soul left unsatisfied. Baldwin may claim to primarily write sad songs, but he also paints colourful tapestries about people and places. And as dyed in the Maritimes as these songs are, they are equally grounded and loaded with experience and emotion. If you’re attending either of the next two nights, you’re in for a hell of a time. 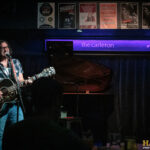 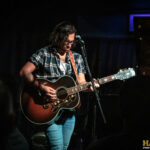 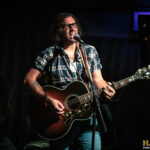 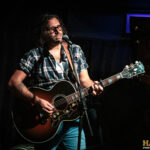 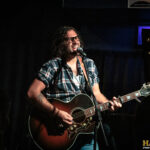 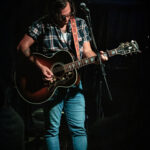 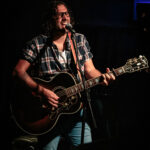 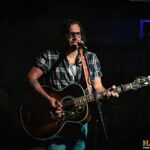