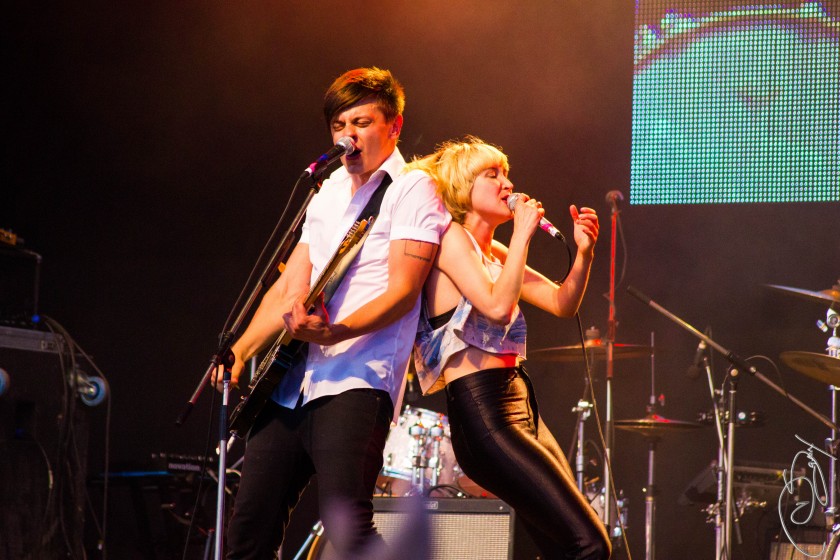 Growing up, December was always one of my favourite months as it meant the year-end issues of Rolling Stone, Spin, Blender and the countless other music mags published their yearly lists and picked their favourites from the past 12 months. Sadly, a lot of those publications have either shuttered, or gone to an online-only model. On the bright side, I have had an opportunity for the past several years to tally my own list, and this year is no different. While 2016 was a dumpster fire for many, there were some definite highs during the year as well, so let’s talk tunes and recap what albums I found on my best of list. 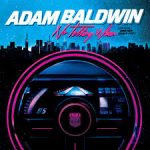 A proud member of the Carletones, tickler of the ivory down at Gahan House, and the HRM’s answer to Bruce Springsteen, Adam Baldwin dropped his full-length debut in 2016. It’s an album that we here at HAFILAX have been quite vocal about, as it shows Baldwin’s growth as an artist; he has used his voice as a beacon of hope after a long Harper reign (“Daylight”), and given a voice to local teen Rehtaeh Parsons on the heartfelt and rousing track “Rehtaeh”.  While those tracks garnered a lot of attention, the other 7 tracks are equally strong (see “Leaving on a Whim” or “Battlescar”). The former Matt Mays guitarist stepped into the spotlight, and took full advantage of the opportunity, wowing everyone with this outstanding debut. 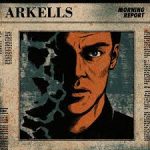 I recall having reservations in 2011 about including Michigan Left on my Best Of list, as I wondered if the band’s sound was too poppy. In the 5 years since that album, the Hamilton-based five-piece have released a pair of classic records in the form of High Noon and Morning Report. Each subsequent single is bigger than the last, but the amazing thing is that these tunes don’t seem to get stale; “Private School”, “Drake’s Dad”, and now “My Heart’s Always Yours” all sound as fresh as that first listen. There are easily three other tracks that would make ideal singles, “Passenger Seat”, “Come Back Home” and “Making Due”. With a void being left with the Tragically Hip’s departure, Max and Co. look ready to take up the mantle of prolific Canadian road warriors. Morning Report continues the Midas touch the band has at the moment. 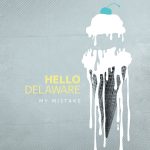 Having made the transition from solo act to lead singer of a four-piece band, Dana Beeler and new recruits Aaron Green, Tori Cameron, and Eammon Slattery formed Hello Delaware and released their debut album My Mistake.   This is less a departure from Beeler’s early country sound, and more of an evolution into a warmer, more beefed-up sound. The charming tones and warmth of her smokey-sweet sound are fully intact, and tunes such as “We Were the Ocean” and “One Horse Town” sound as good as ever. This album spent a great deal of time in rotation on my listening schedule this year, and the first track I would recommend would be “Davey Jones”, as it shows a depth, with the darker, more plodding sound. 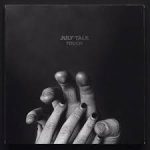 The sophomore release from this Toronto five-piece was one of 2016’s hotly anticipated records, largely for the fact that the band had been touring incessantly on the back of their eponymous debut. From the moment that “Push+Pull” dropped, you knew that this album would be a powder-keg of raucous rock with the tinge of sweetness provided by Leah Fay. The album manages to capture the immediacy and electricity of the band’s live performance, and you can hear the playful interaction of the band’s fronting duo of Fay and Peter Dreimanis. The band has been playing a series of Canadian West Coast dates, after having returned from opening for Catfish and the Bottlemen in Europe. July Talk’s cachet was already enjoying a steady rise in Canada, but they are looking to take on the world now. If you get the chance to check July Talk out in 2017, you’d better jump all over the opportunity. 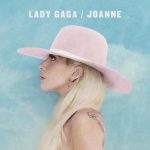 Looking back to Lady Gaga’s breakthrough single “Just Dance” seems like a lifetime ago, as we have seen countless iterations of Stefani Germanotta’s alter-ego. Now with 2016’s Joanne, this album wasn’t quite as abrupt a shift as Childish Gambino, but Gaga is shifting gears in a major way. It’s almost as if Gaga washed away the glitter and makeup, and set out to set aside her costumes for something of a more stripped-down and honest effort. Just toss on “Million Reasons” or “Sinner’s Prayer” and you can get a front row to Gaga the singer-songwriter, instead of the cartoonish meme. While Gaga stripped her veneer back, there is certainly no loss of talent, as this album might be the most complete and engaging record Lady Gaga has released. 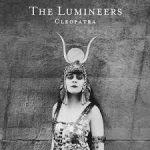 The sophomore jinx is very real, as an act can spend an eternity crafting that debut record, getting everything exactly right, but when it comes time to pen the follow-up, things can easily go sideways. On Cleopatra, the Denver-based band could have drastically changed their formula for success, but instead they emerged from the studio with their Empire Strikes Back.  There may not be the smash single such as “Ho Hey” or “Stubborn Love”, but the band has returned with a fuller, more subdued sound, which demonstrates a growth and maturity. Considering the album dropped in April with lead single “Ophelia”, the latest single (and title track) “Cleopatra” continues to pick up steam. This is an album that only gets better with each subsequent spin. 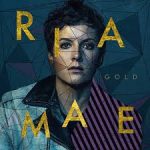 The immediate accessibility of this record is undeniable, from the lead single “Clothes Off” or title track “Gold”, to “Ooh Love”. That potent trio of songs are just an opening salvo to an album that brims with folky-pop charm and spins honest, heartfelt tracks that are all ready to be adopted by radio stations nationwide. While the aforementioned singles are great and instantly recognizable, have a listen to “Under The Bridge” and you can hear Mae’s confident fiery snarl.

Repartee – All Lit Up 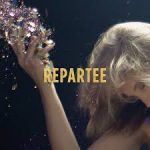 The Newfoundland band may now be largely based out of Toronto, but since the release of All Lit Up, Meg Warren et al. have made at least 4 stops on East Coast stages in 2016. While lead single “Dukes” is infectious synth pop, it wasn’t until I heard the opening chords of “All Lit Up” that my ears perked up. That title track was awash in neon, and drenched in this disco-glam pop sound. All Lit Up at face value could be a vapid, uninspired record, but the edgy undertones of honesty and doubt pave the way for it to hoist the mantle of female empowerment. It’s the messaging behind the songs such as “Nice Girls” and “Dukes” that makes me proud to say my six-year-old daughter adores this talented act from NL. 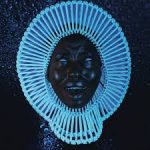 While it may have only been released at the onset of December of 2016, this hotly anticipated album from Childish Gambino is one of the year’s best, and it’s not even close. There will be those who are disappointed that this is something of a left turn for the talented emcee, but Gambino (aka Donald Glover) is making the transition from emcee to artist. There are shades of Prince contained here but, largely, Awaken, My Love is a love letter to Funkadelic and to his recent foray into fatherhood. This album is exhilarating and not exactly the most accessible album you’ve heard all year, but it may be the most authentic one you’ve experienced. There’s little here in the way of pretense, this is about as pure an album as you will hear. 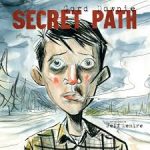 No one would have faulted Gord if he simply chose to lay down his mic-stand at the conclusion of the Tragically Hip’s farewell show in Kingston. Instead, he set to work on completing Secret Path, which was inspired by the heartbreaking tale of Chanie Wenjack. Chanie was a 12-year old boy who escaped the Residential School he was living in during 1966, and attempted to make his way home to his father, 400 miles away.  Unfortunately, Chanie’s malnourished body was found 40 miles away alongside the railway tracks which served as his Secret Path. Downie took up the mantle of Chanie and all of those other Chanies who endured the residential schools, and the story that the Canadian Government carefully tucked away. This album is sparse and heart wrenching, and tells an important tale that needs to be told. This may serve as Downie’s swan song, but it will be the most important record of his storied career.