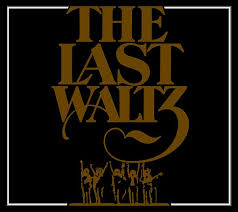 (Halifax, NS) – Erin Costelo, Rich Aucoin, and Reeny Smith are among the cast of Halifax artists coming together to recreate The Band’s famous final concert – Saturday, November 26th at the Marquee Ballroom.

It has been 40 years since The Band played their legendary final show at the Winterland Ballroom in San Francisco. On November 26th, Halifax pays tribute to one of the greatest concerts of all time with a re-creation of The Last Waltz – featuring performances from an incredible lineup of over 20 prominent Halifax musicians – backed by the East Coast’s most dedicated The Band band – King Harvest.

Halifax’s iteration of The Last Waltz will largely be faithful to the original, but will take some liberties in its adaptation. “We took some artistic license with some of the instrumentation of the songs and some gender reversal of roles that I think will make for some great surprises for the audience”, says the show’s producer Craig Mercer. “This is more than a show honouring the anniversary of The Last Waltz – it is a celebration of the incredible talent we have here in this city”.

“When musical friends get together anywhere in the world, the songs of THE BAND are sure to be heard. It’s become a tradition for all ages”, says King Harvest band leader John Wesley Chisholm. “There’s something about the musical architecture of THE LAST WALTZ. Like Auld Lang Syne, they’re songs at their best when they’re shared with love and joy – that’s where the fun is. And that’s where you’ll find it at The Last Waltz Halifax.”

Tickets for the show are $20 in advance and are available at www.tickethalifax.com.

More info and the complete show lineup can be found here: The Last Waltz Halifax